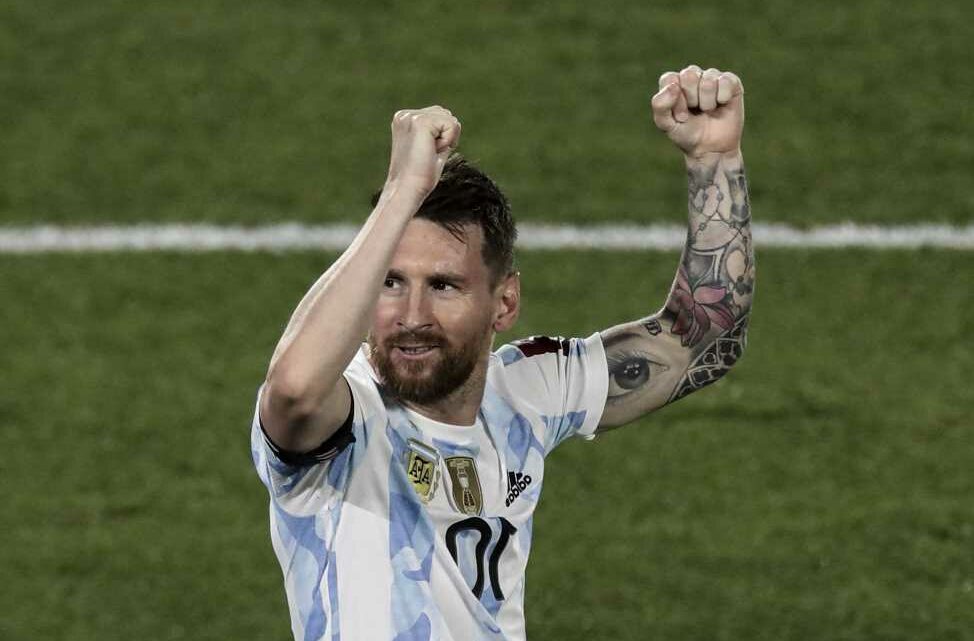 LIONEL MESSI scored the strangest goal of his Argentina career to date after an attempted pass crept past the keeper in a 3-0 victory against Uruguay last night.

Messi, 34, became the first South American to reach 80 international goals when he broke the deadlock in the 38th minute, but he achieved the landmark in pretty bizarre fashion. 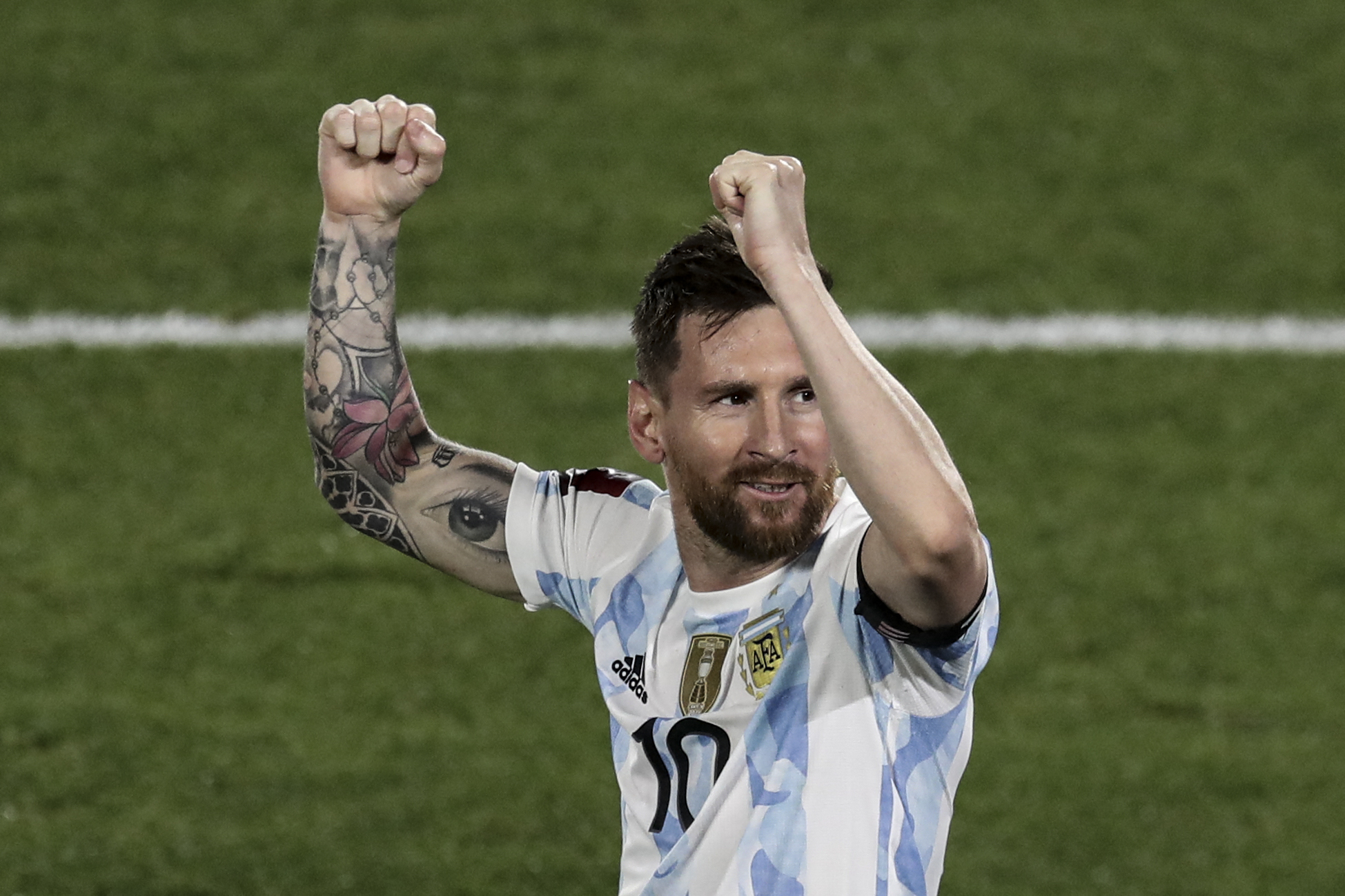 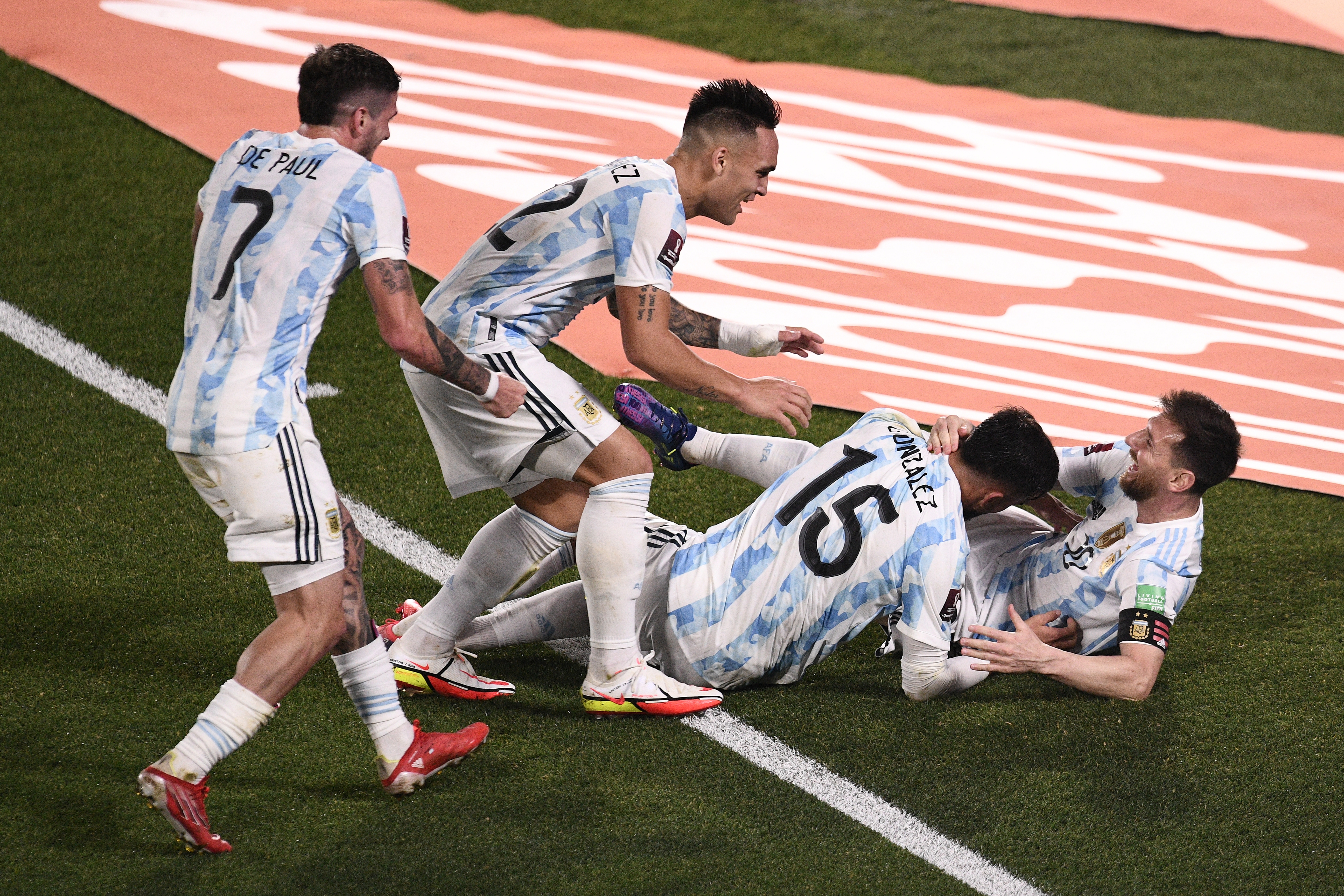 The Argentina captain attempted to dink the ball into the six yard box for team-mate Nicolas Gonzalez to latch on to, but the ball instead ended up in the back of the net.

The 23-year-old Fiorentina forward was clearly Messi's intended target, though he was unable to reach the ball and his outstretched boot was enough to put off Uruguay keeper Fernando Muslera.

The ball then bounced into the net, sparking scenes of jubilation at the Estadio Monumental Antonio Vespucio Liberti in Buenos Aires, with Messi himself both shocked and delighted.

The home side went on to win 3-0 thanks to goals from Rodrigo De Paul and Lautaro Martinez, putting them second in South America’s 2022 World Cup qualifying table, six points behind leaders Brazil.

With Argentina in a very strong position to qualify for next year's tournament in Qatar, Messi could be facing his last opportunity to win the coveted trophy.

He came closest when Argentina were beaten 1-0 by Germany in the final in 2014, thanks to an extra-time goal from Mario Gotze.

One fan claimed the goal should win the prestigious Puskas Award, which is given for the best goal scored in world football each year.

Another pointed out how Messi somehow assisted himself with the audacious pass. 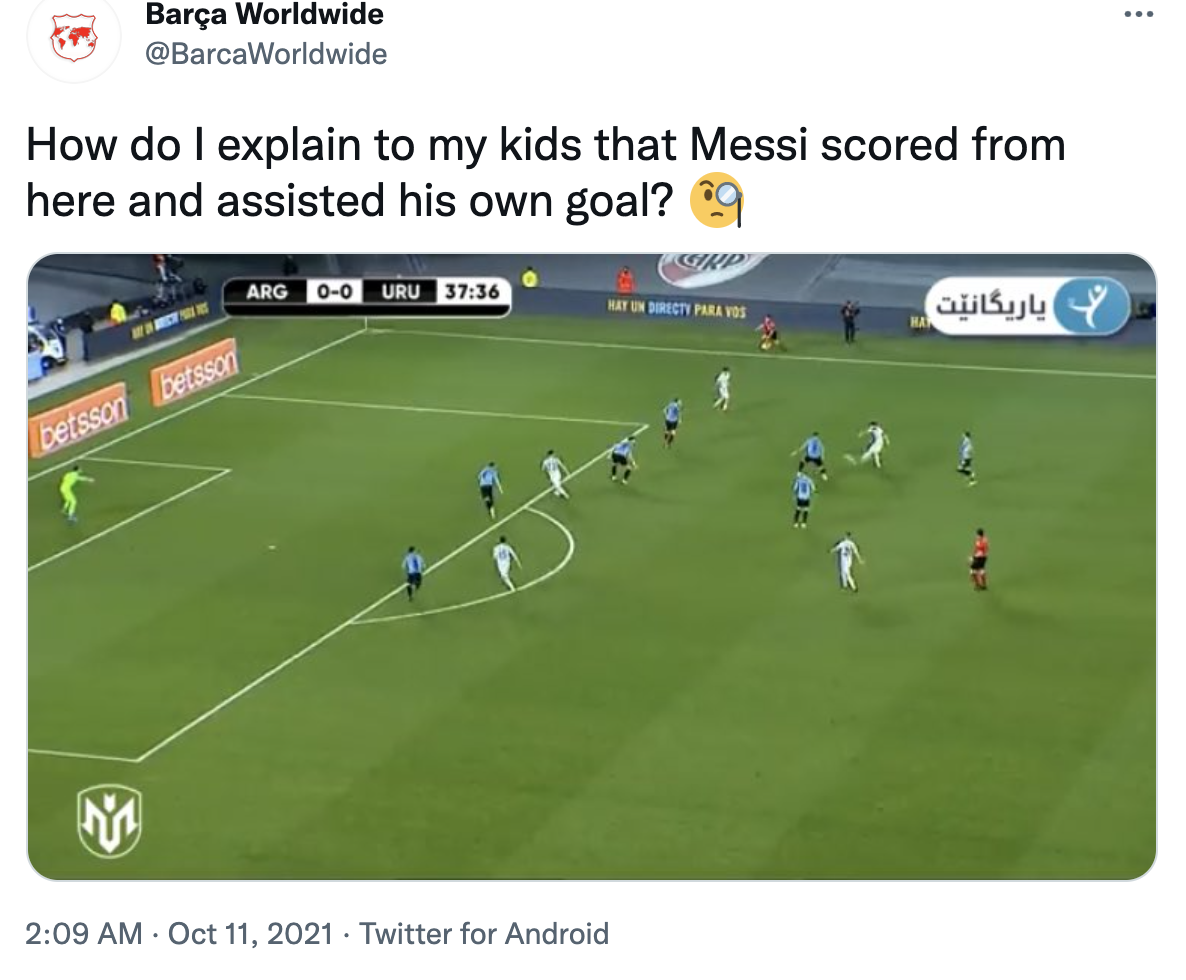 Messi led his country to glory at the Copa America this year with a 1-0 victory over rivals Brazil in Rio de Janeiro, finishing joint top-scorer with four goals.

Messi also shared the 'Best Player' award with new PSG team-mate Neymar, who has also recently said that the next World Cup will likely be his last for Brazil.

Despite winning virtually every honour available to him, including six Ballon d'Or awards, World Cup glory with Argentina would surely be the crowning achievement of Messi's incredible career. 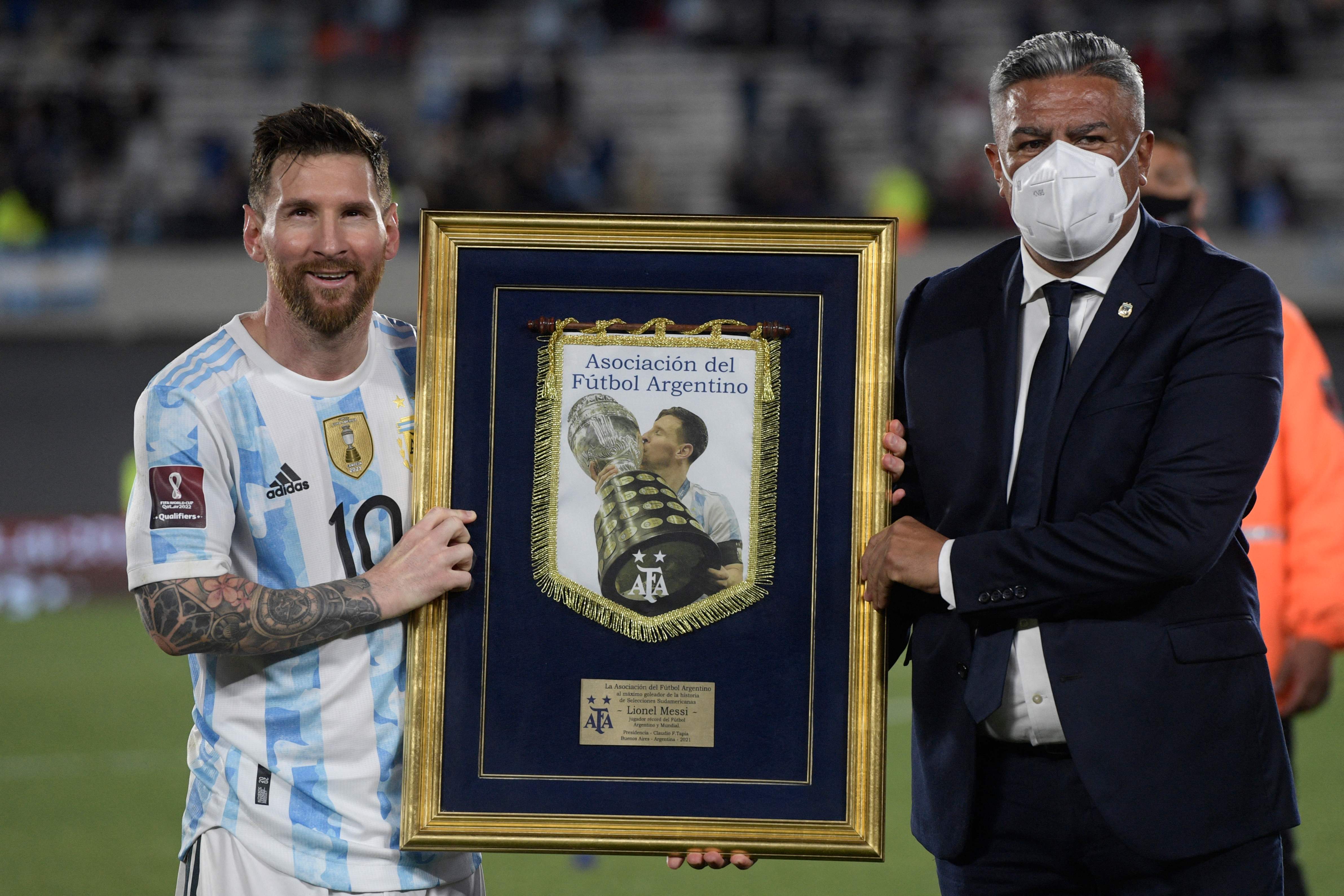