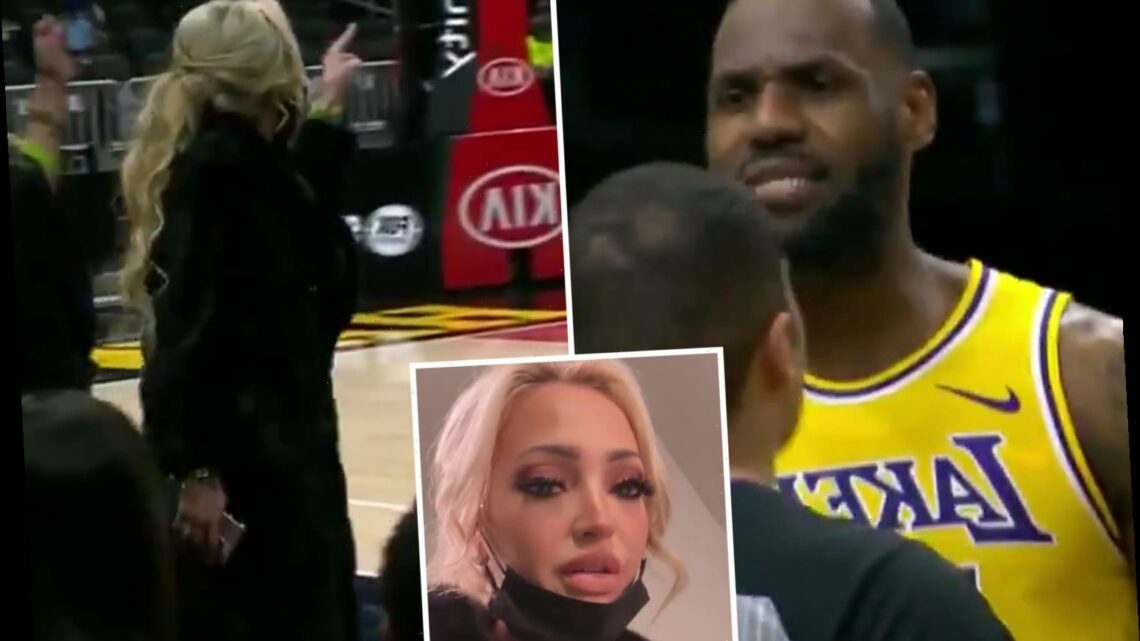 LEBRON JAMES was caught up in a furious war of words with a pair of fans during the Los Angeles Lakers' win over the Atlanta Hawks. 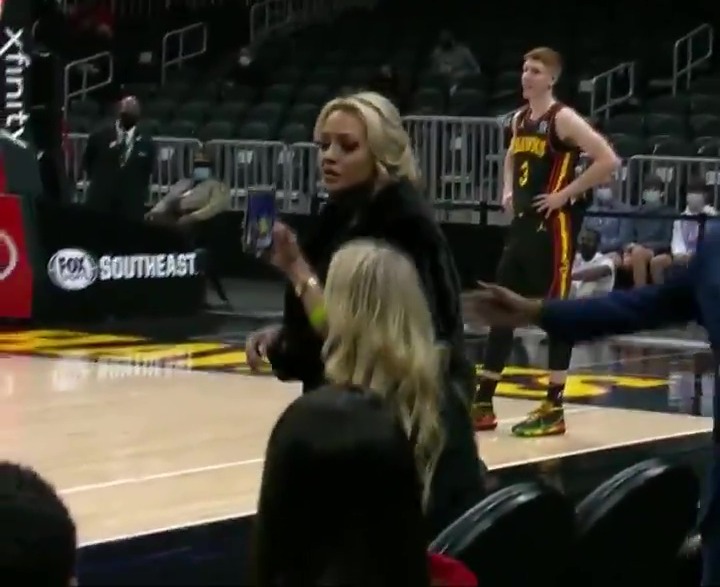 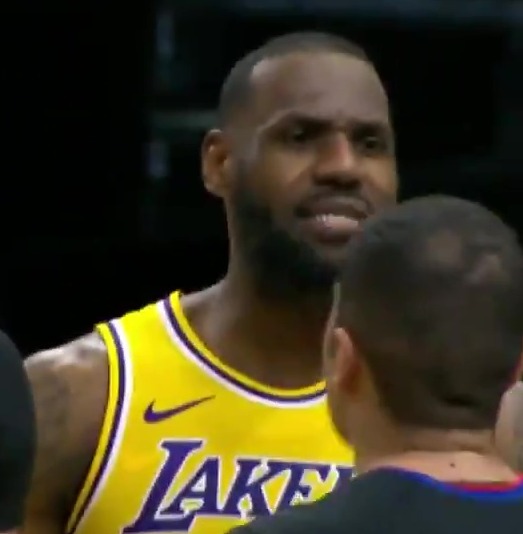 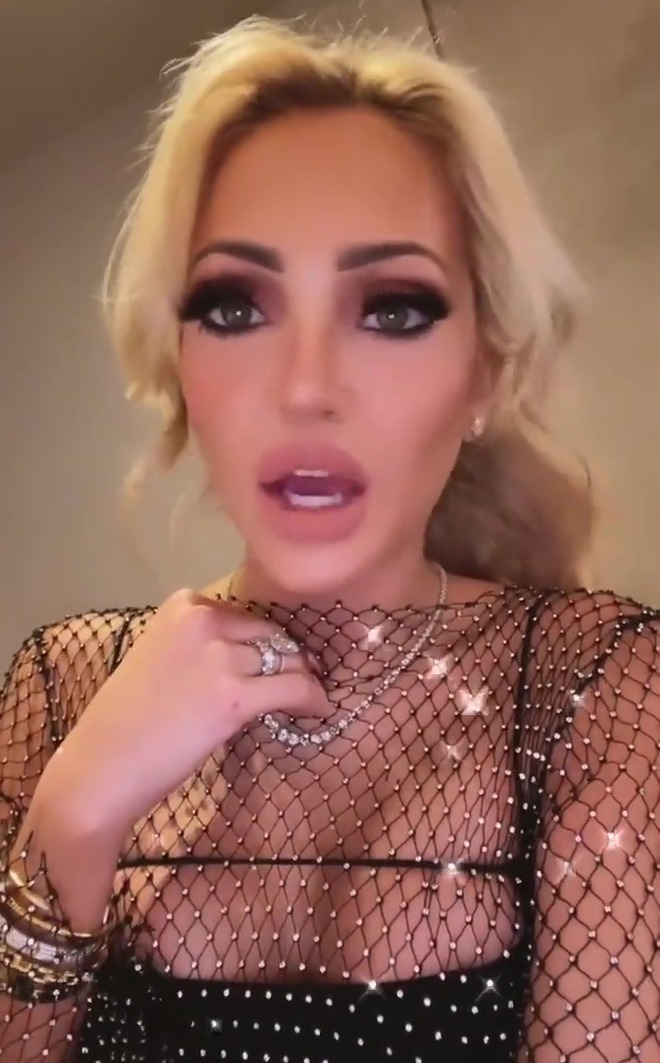 But the game wasn't without its drama – after he was involved in an X-rated exchange with two home fans.

During the game, LeBron claims Hawks fan Chris Carlos went 'out of bounds' with a comment at his expense.

After allegedly retaliating, Carlos' wife Juliana got to her feet, yanked her mandatory face-covering down and launched into an expletive-ridden rant.

Just inches from the court, Juliana can be heard yelling: "Shut the f*** up. Don't talk to my husband like that."

Hawks officials later told ESPN the husband and wife – dubbed 'Courtside Karen' by Lebron on Twitter after the game – were ejected from the State Farm Arena.

Still furious, Juliana took to Instagram after being kicked out to share her side of the story, all the while captioned:, 'King James is a f***ing joke' and 'f***ing loser'.

In the clip, Juliana said: "Chris has been a Hawks fan forever. He's been watching the games for ten years. 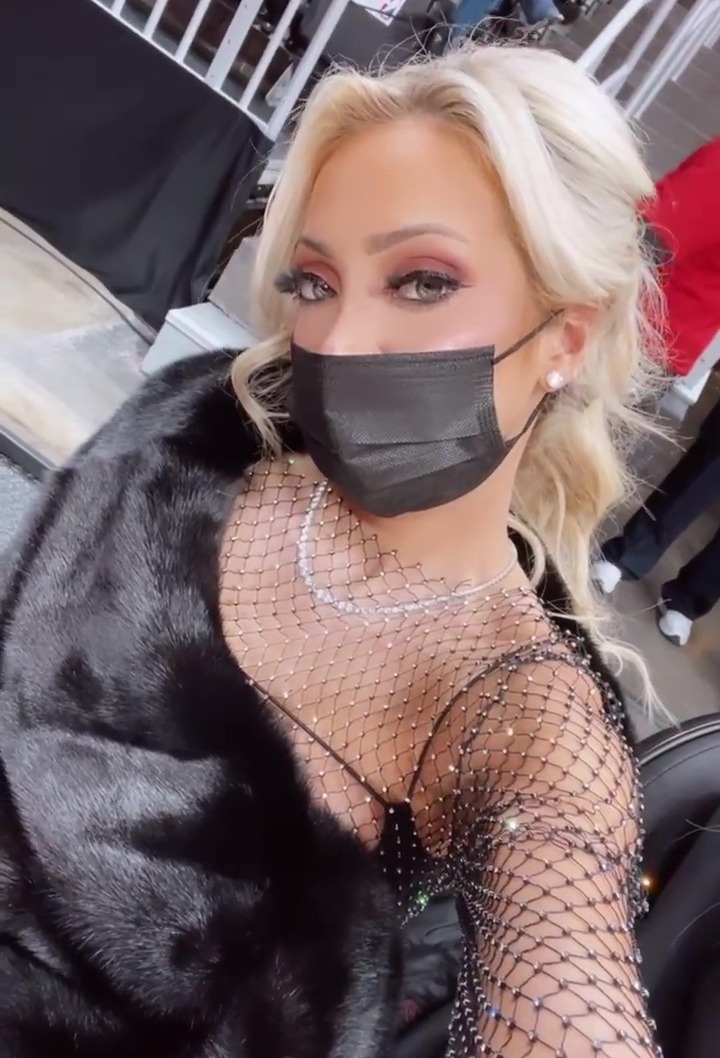 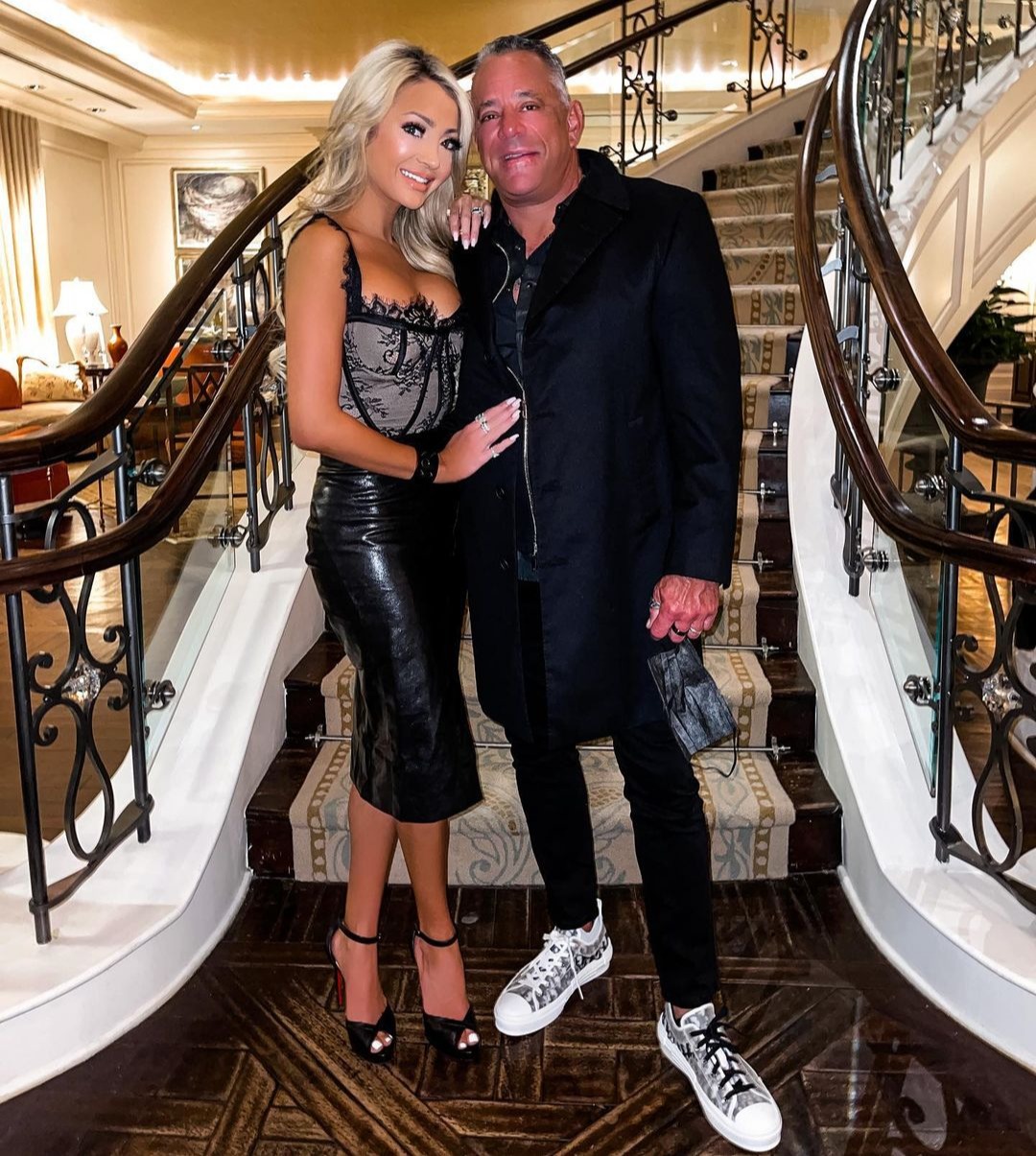 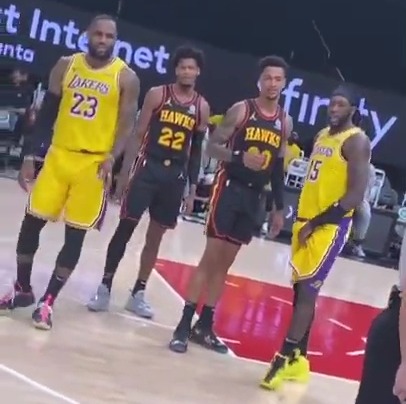 "Anyway, I'm minding my own business, drinking, having fun…

"All of a sudden, LeBron looks at my husband during the game and cusses him out.

"And he starts fighting with me and he goes, 'shut your mouth dumb b***h.'

Despite the drama, LeBron said it was nice to have fans back in the arena as players 'miss the interaction'.

The four-time NBA champion and four-time MVP also downplayed the incident, saying the fans didn't deserve to be kicked out and blamed alcohol for their behaviour.

After the game, LeBron said: "At the end of the day, I'm happy fans are back in the building.

"I don't feel like it was warranted to be kicked out.

"They might have had a couple drinks, maybe and they could have probably kept it going during the game.

"The game wouldn't have been about the game any more, so I think the referees did what they had to do." 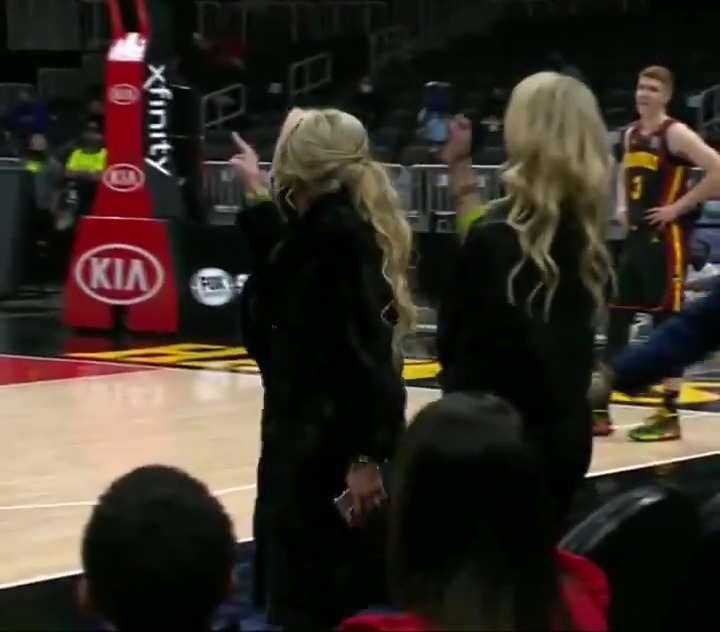 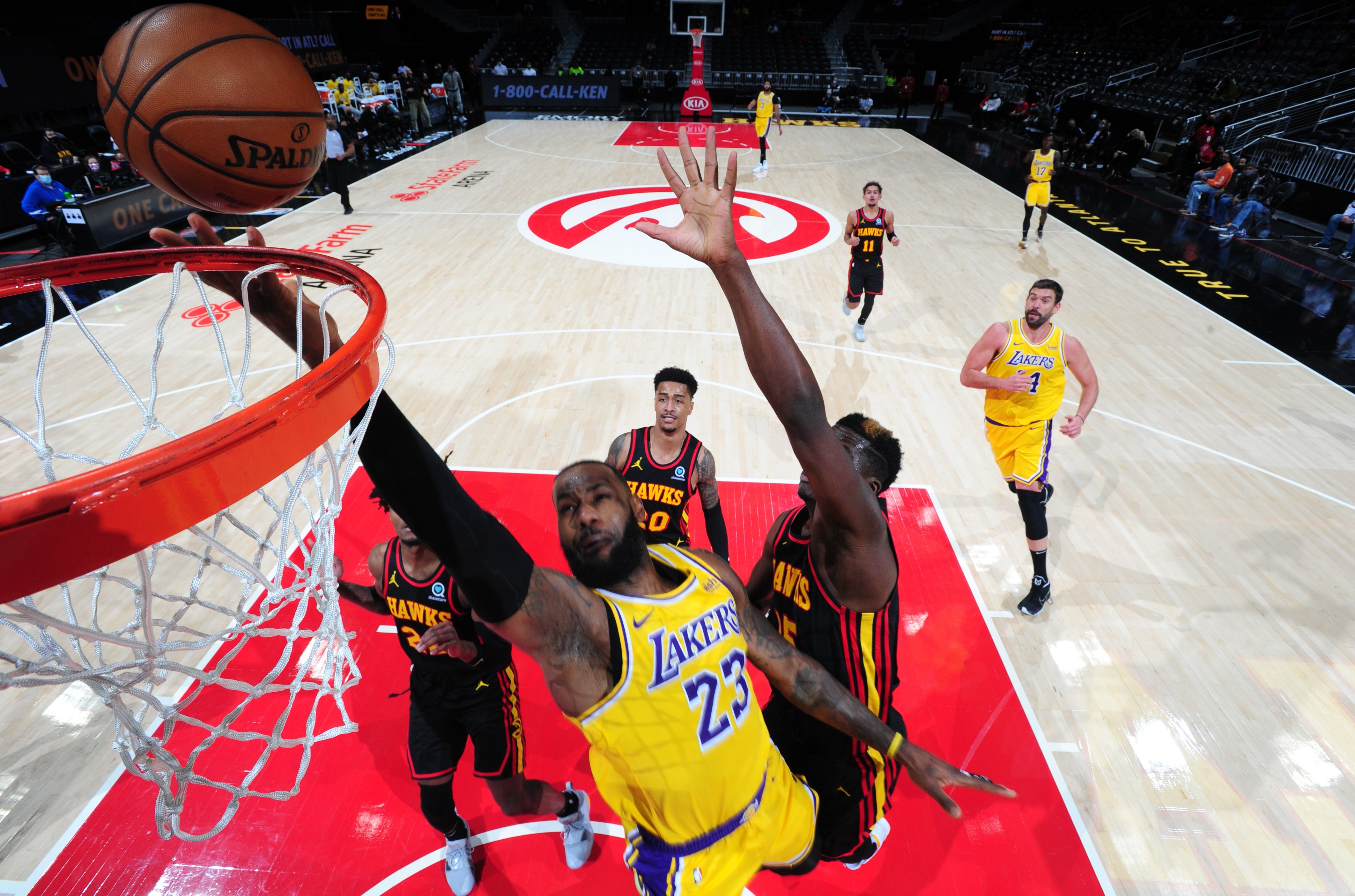 However, Lakers head coach Frank Vogel was left more frustrated by Juliana removing her mask than the exchanging of verbals.

Vogel said: "It certainly exposed something with regard to having fans in the pandemic.

"You obviously can't have fans taking their masks down and shouting at our players with the virus out there during these times."

Superstar Lakers forward Anthony Davis agreed, adding: "With Covid going on, we obviously can't have that.

"We want to make sure we all can be safe."

The Atlanta Hawks are one of just NINE teams allowed fans inside their arena at present, opening up eight per cent of seats for supporters.

There were 1,341 fans on show for the Lakers game… which became 1,339 by the time the final horn sounded.

'RHONY': Jill Zarin Says She No Longer Hears From Bethenny Frankel and Reveals She Quit Before She Was Fired
World News