ASTON VILLA boss Steve Gerrard put the stare on Everton fans as he was jeered off the pitch at half-time.

His side were 1-0 up thanks to Emi Buendia's header – but the home fans were more bothered about Gerrard's Liverpool legend status. 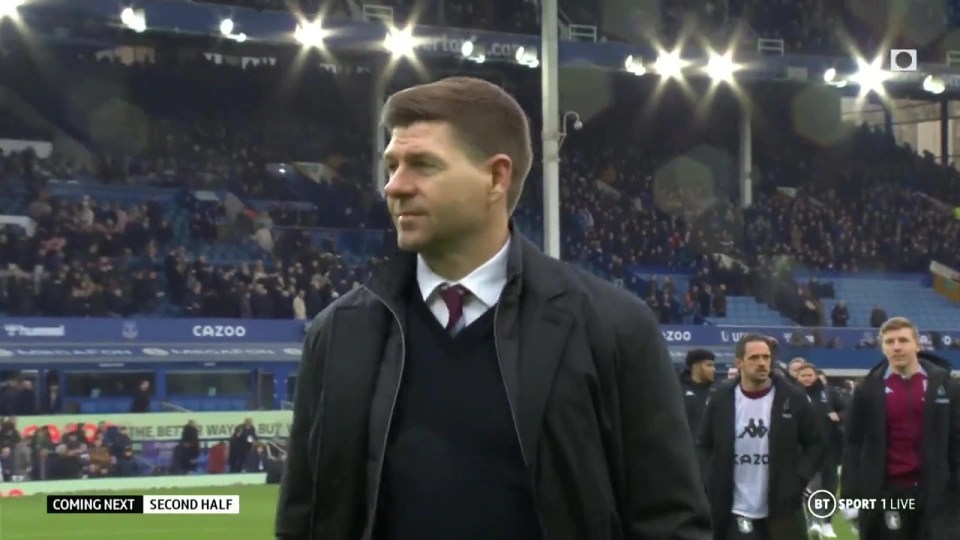 As he made his way to the tunnel, the 41-year-old was barracked by the Goodison faithful.

But far from lose his rag, Gerrard simply stared back with a wry smile – as well he might after watching his side head into half-time ahead.

Sky Sports commentator Jake Humphrey seemed to be impressed with how Gerrard conducted himself.

He said: "Look at this as he goes off, he's looking straight at the Everton fans.

"They were letting him know that they are well aware of the history between Liverpool and Everton.

"And he rather enjoyed it, he's been in that position a time or two." 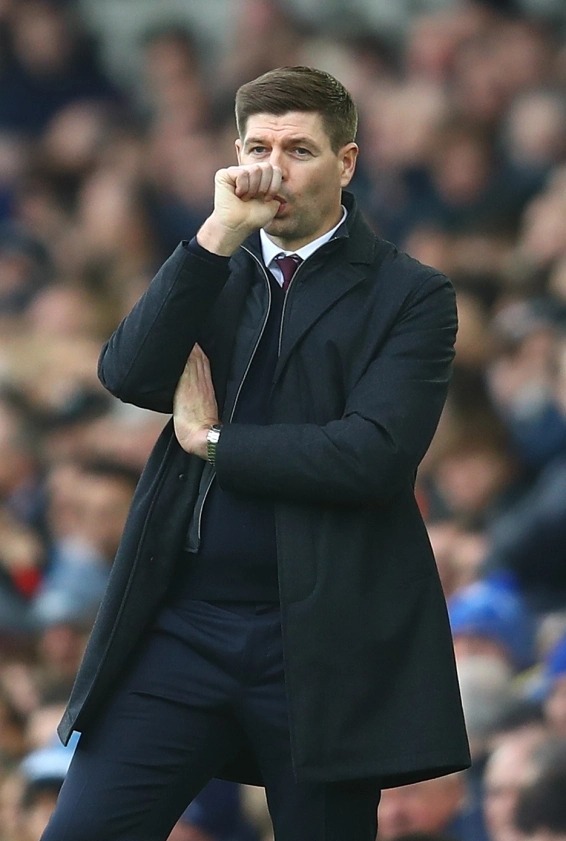 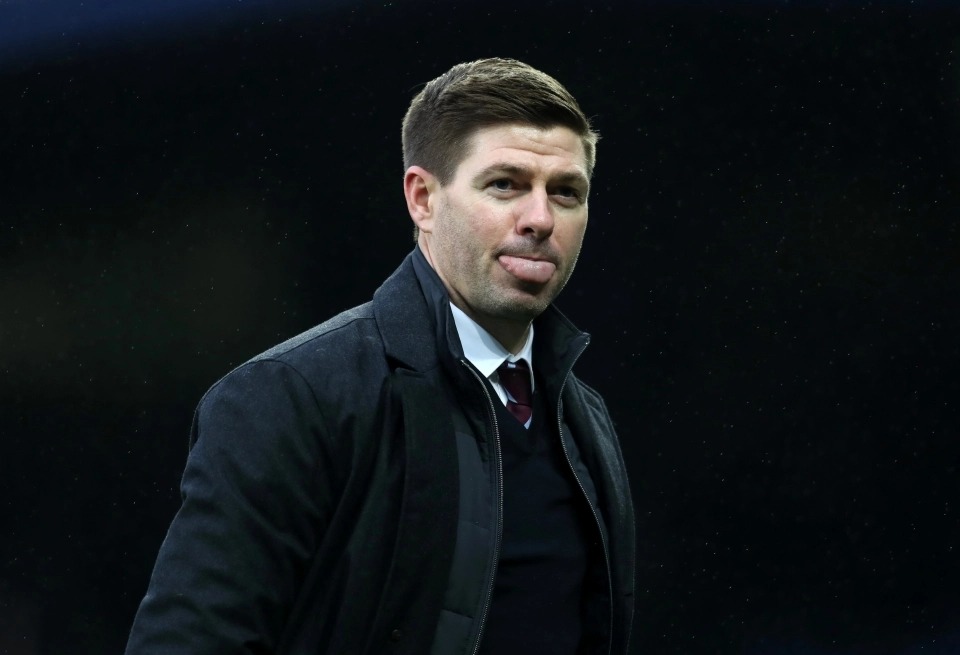 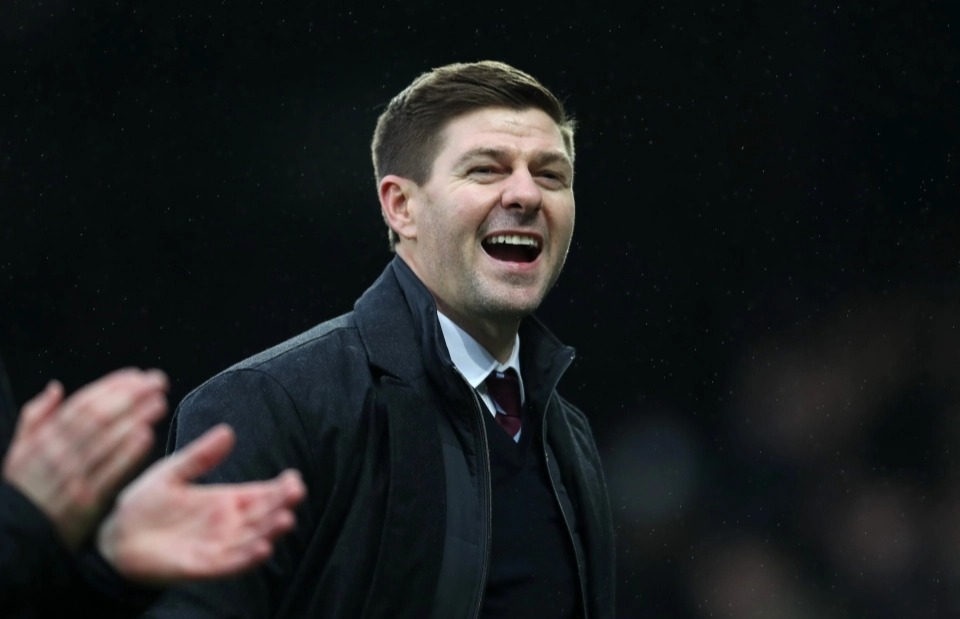 The Liverpool legend enjoyed it even more at full-time as Villa held on for the three points.

He was seen kicking a ball on the whistle before turning to the cameras, saying: "Still got it."

He also laughed towards the home fans before sticking his tongue out.

But there was nothing positive to say about the disgraceful scenes that followed Buendia's opener at Goodison Park.

Villa's Matty Cash and Lucas Digne, who left Everton this month, were both floored after being struck in the head by objects thrown by Blues supporters.

Digne left Goodison less than a fortnight ago after falling out with the now axed Rafa Benitez to join Gerrard at Villa was the man who provided the assist for Buendia.

At the end of a lacklustre first half, Villa took the lead courtesy of a corner in the dying seconds before the break.

A cross was whipped into the box and Emiliano Buendia rose highest to flick the ball over Jordan Pickford and into the far corner.

However, the celebrations were soon cut short in disgusting scenes on Merseyside.

A bottle appeared to be thrown from the home section of supporters while Cash was congratulating his colleagues that struck him on the head.

The Poland international instantly fell to the floor as a small cheer was heard from the crowd but fortunately for the full-back he was soon able to get back up and play on.

While checking on his Villa team-mate, former Everton full-back Digne also went down as bottles reigned down on the pitch. 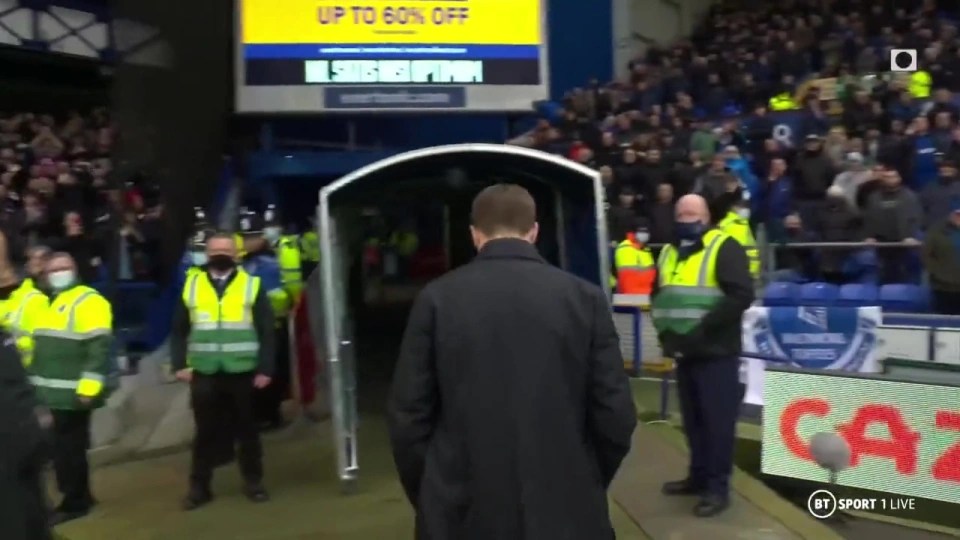 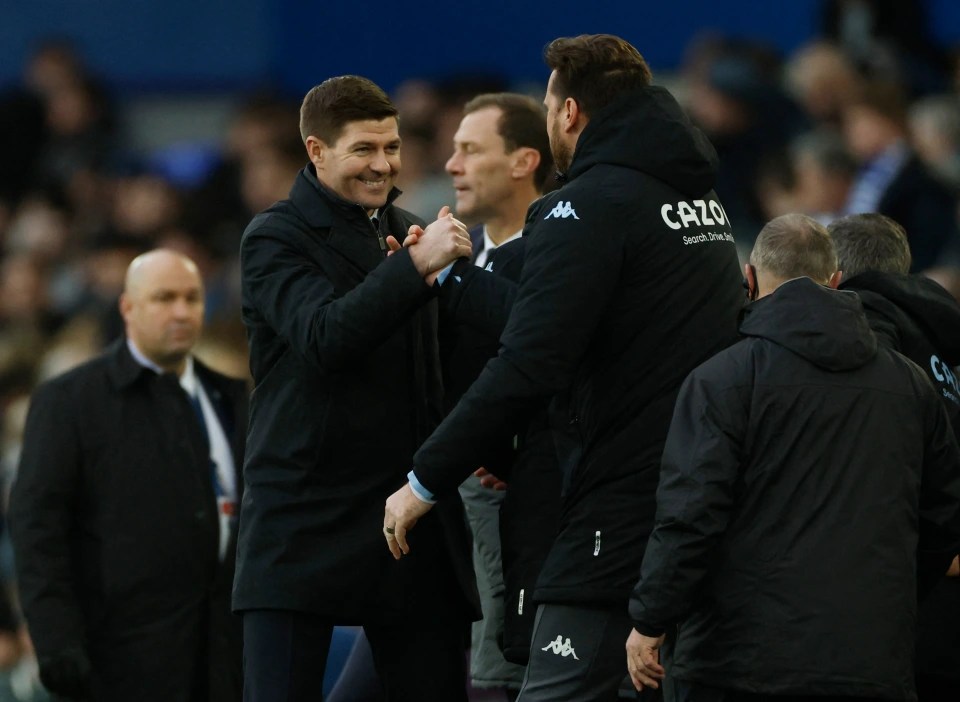