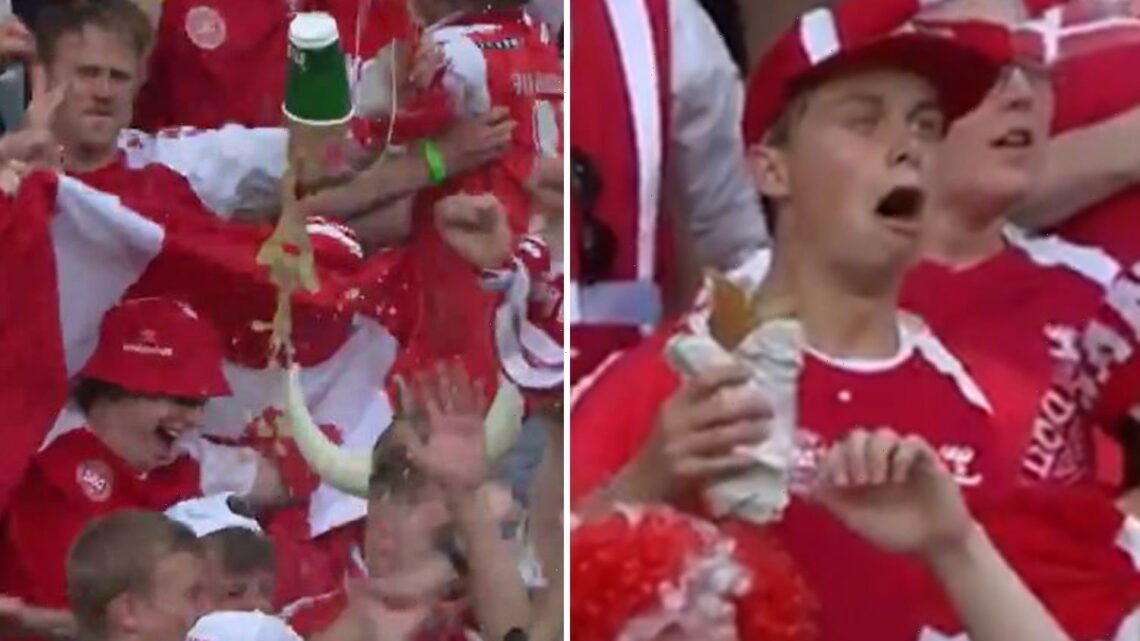 ONE hungry Denmark fan was caught celebrating his nation's opening goal against Czech Republic by waving a massive SANDWICH in the air.

Thomas Delaney's thumping header game the Danes an early lead in their Euro 2020 quarter-final in Baku.

In fact, the goal came so early, one famished fan was still tucking into his pre-game snack.

And as Delaney's header form a corner arrowed into the back of the net, the Denmark supporter frantically waved his sandwich around above his head.

The goal sparked jubilant scenes among the Danish fans in what's been an emotional tournament following Christian Eriksen's cardiac arrest in their opener against Finland.

As the ball hit the net, a sea of red erupted in Baku, with limbs, pints and apparently sandwiches, sent flying.

One tweeted: "Ok Denmark, I see your fans and I am not complaining."

A third added: "Denmark fans are just such fun."

And things got even better for the Danes late in the first-half as Kasper Dolberg doubled their lead.

Dolberg poked home from an astounding Joakim Maehle cross as Denmark went into the break 2-0 up.

However, Czech Republic pulled one back through Patrik Schick early in the second half to make a game of it.

But Denmark ultimately held on to set up a semi-final showdown with the winner of England's game against Ukraine.