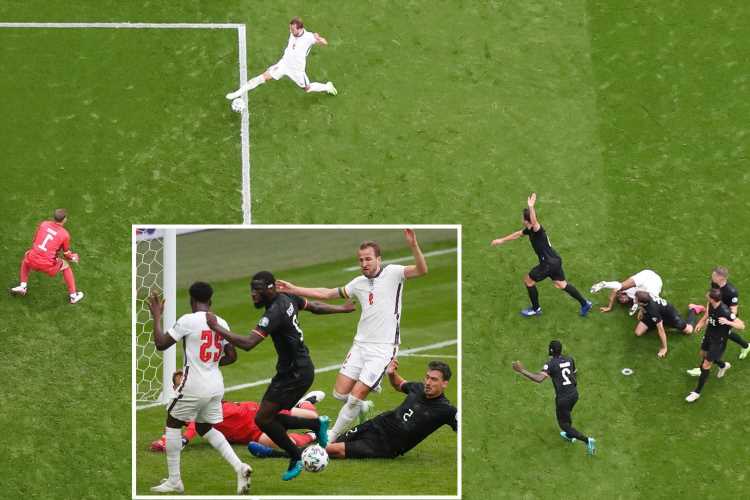 HARRY KANE missed a 'sitter' on the stroke of half-time leaving England fans in agony during the Euro 2020 last 16 showdown with Germany.

The Three Lions captain, 27, managed just a handful of touches in the first half as his disappointing form at the tournament continued. 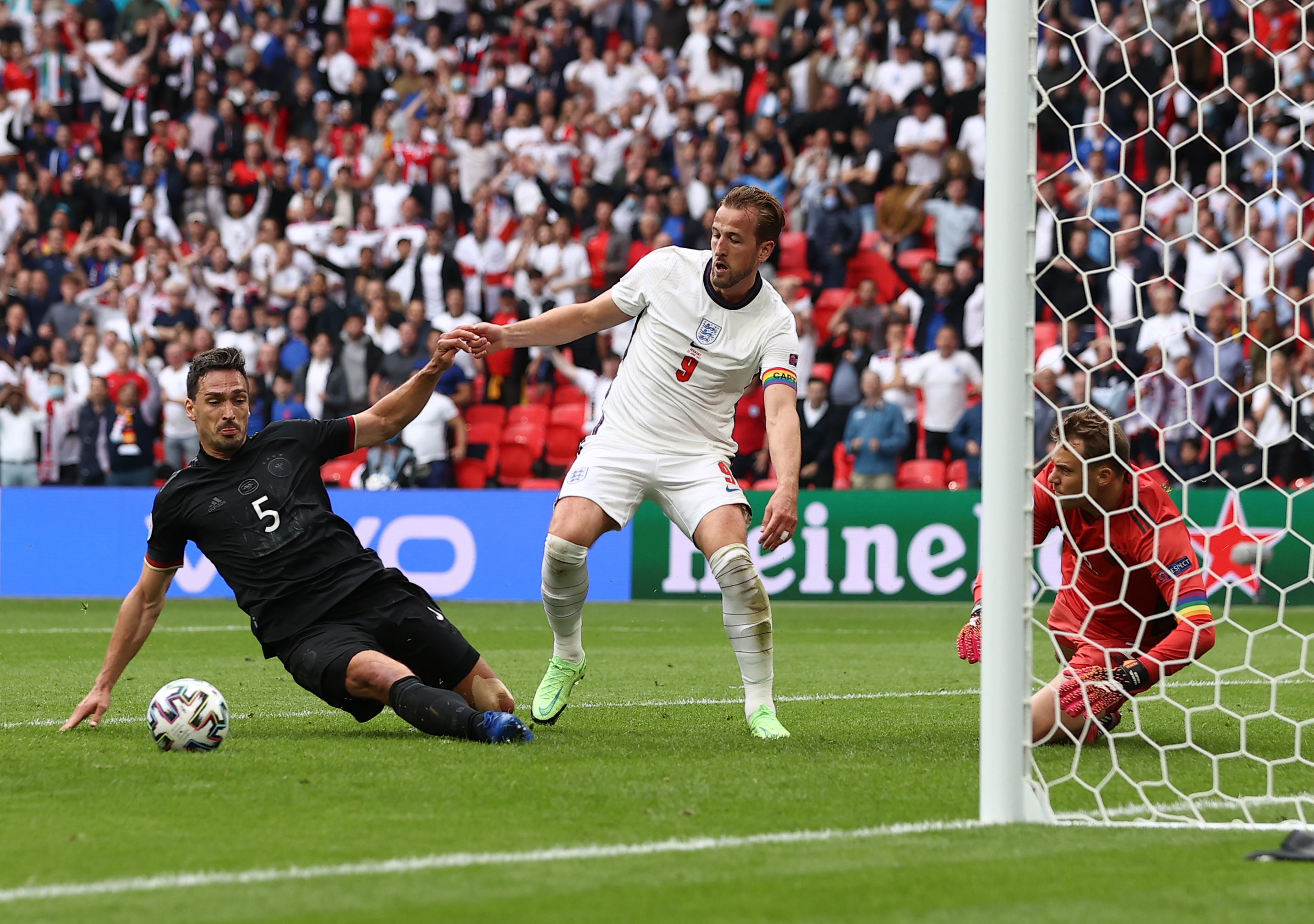 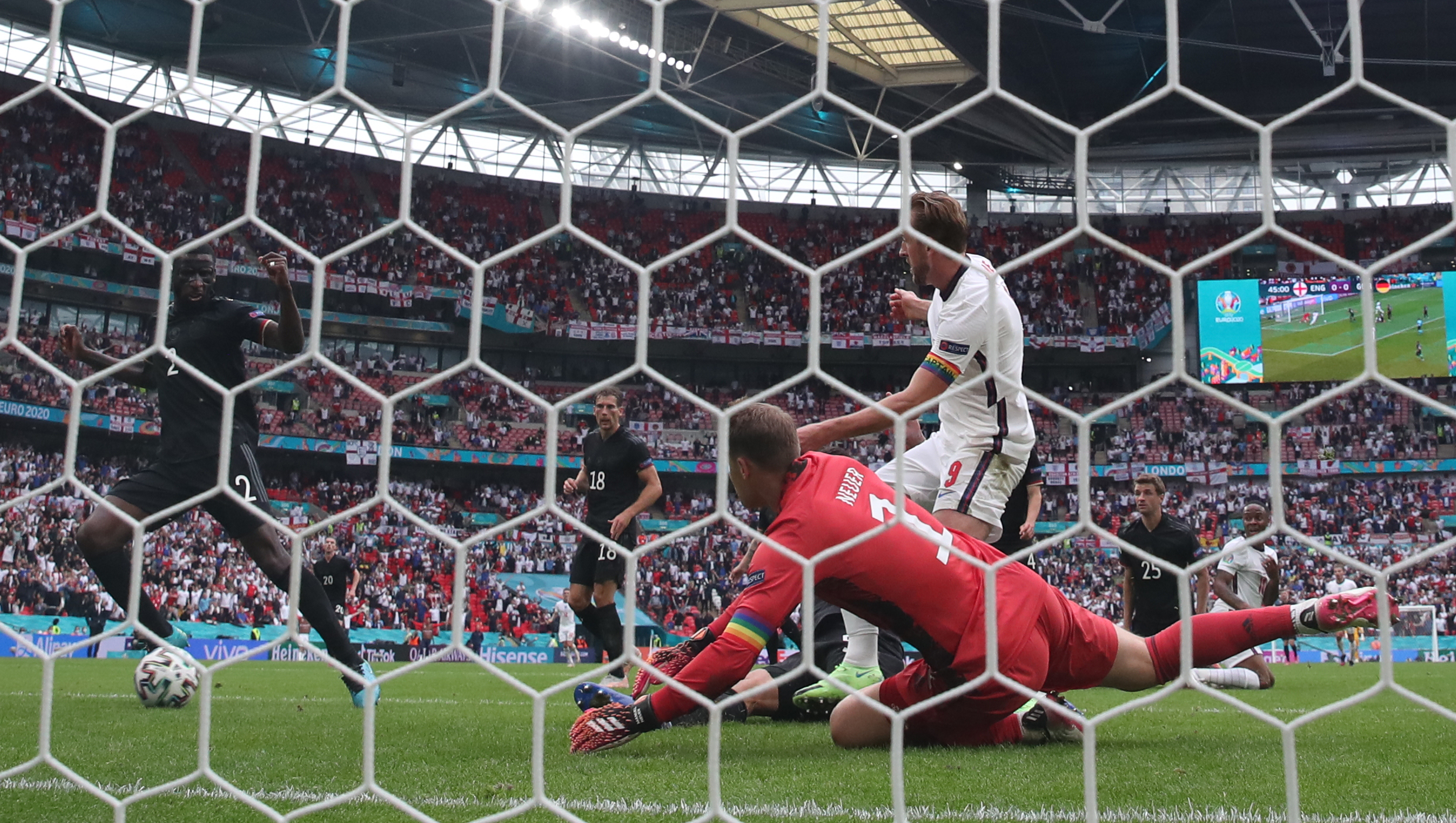 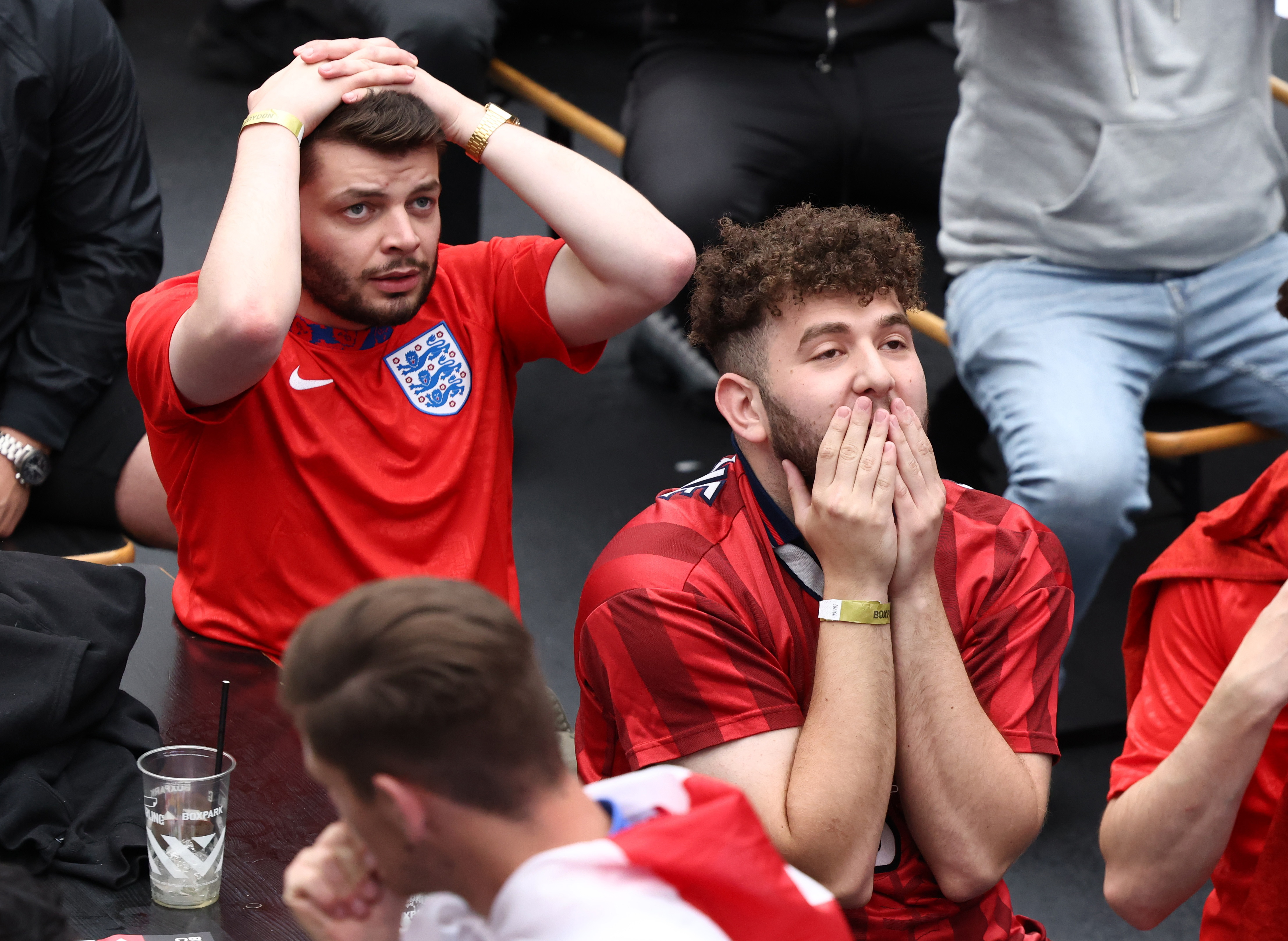 But Kane had a golden opportunity to get his first goal of the Euros in the first and only minute of first-half added time.

Raheem Sterling made a dangerous charge into the box, with the ball ricocheting off a German defender and into the path of Kane, with only Manuel Neuer to beat.

But rather than take a shot with his left foot, Kane opted to attempt to round Neuer, only for Mats Hummels to scramble the ball away.

England fans were left with their heads in their hands, with Alan Shearer criticising the Tottenham star for missing what he called a 'sitter'.

Speaking at half-time on the BBC, Shearer said: "A confident Harry Kane sticks it away.

"I don't think he even needs to think about the touch he just does it.

"Naturally Sterling does really well it takes a bit of a deflection and falls perfectly for Harry Kane.

"Can he stick it away with his left foot? He's taken a really, really poor touch.

"That's a sitter. That's the big opportunity that what he's been waiting for.

"Harry's got to offer more.

"The big talk is about him coming deep for the ball, but look at his movement or lack of it, should I say?

"He doesn't move at all. He's got to try and help the team lot more than he's dong."

Speaking on commentary, Jermaine Jenas agreed with Shearer's assessment saying: "The question is: Can Kane just hit this towards goal with his left foot?

"Straight away he decides to try and take it round Neuer…

But Jurgen Klinsmann suggested Kane is doing the right thing by dropping deep, as it helps build his confidence.

The Germany legend said: "Harry Kane has often showed with Spurs he didn't get a rhythm in the game then he drops back and gets some touches and becomes lively.

"Then he goes back in a No9 role and this is about confidence because us forwards, we know we need to be alive, we need to be in the game.

"If he roams around more he does himself a favour and does his team a favour."

How To Recreate Santana’s Makeup Look From Glee
World News