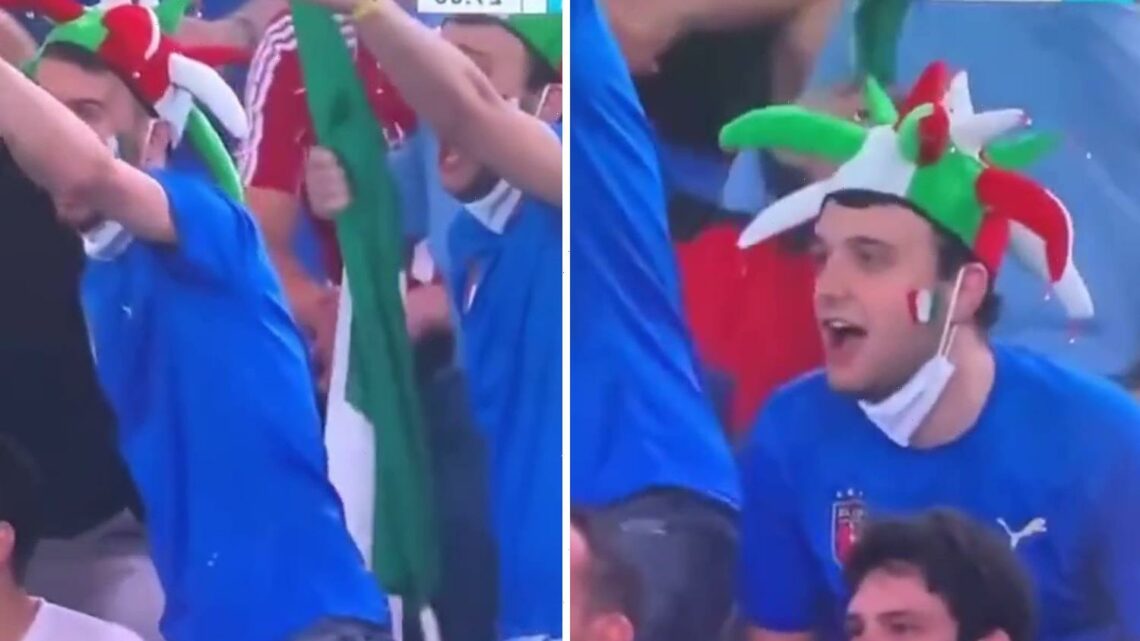 ONE Italy fan summed up what it means to be a football fan when he appealed for a penalty despite not actually witnessing the incident take place.

The Azzuri had several penalty appeals in the first half against Turkey on Friday night. 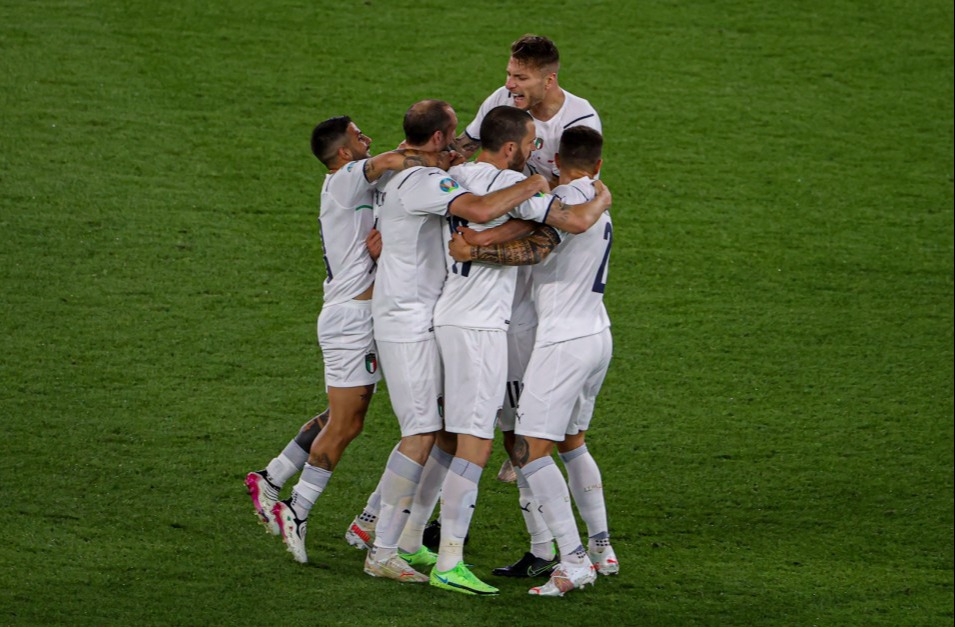 But referee Danny Makkelie turned down the appeals of players and fans, deciding the Turkey players had not committed a handball offence on two different occasions.

After the incident in question, the fan appealed for a penalty after Ciro Immobile's shot struck the arm of Caglar Soyuncu, even though the supporter was looking at his friends when the incident occurred.

But he did notice that his friends were up in arms appealing to the officials, so naturally he followed suit.

Italy had a second penalty appeal just before half-time after Leonardo Spinazzola's cross clipped the hand of Zeki Celik, but the ref decided that the defender had no time to get out of the way of the ball.

Despite those set-backs Roberto Mancini's side stuck to their game plan and gradually wore down a tired looking Turkey team.

An early second-half own goal from Merih Demiral seemed to seal Turkey's fate as it gave Italy the crucial breakthrough they were looking for.

Immobile then pounced on a rebound following Spinazzola's shot to double the home side's lead.

And a late goal from Lorenzo Insigne rounded off a brilliant night for Italy, who top Group A after Switzerland drew with Wales.

Italy will continue to enjoy the bonus of playing at home with Switzerland up next before Wales visit at the end of next week.

Mancini will be hoping for a repeat display after his team dominated from start to finish on Friday evening.

G7 leaders to call out 'rights abuses' but will they name China?