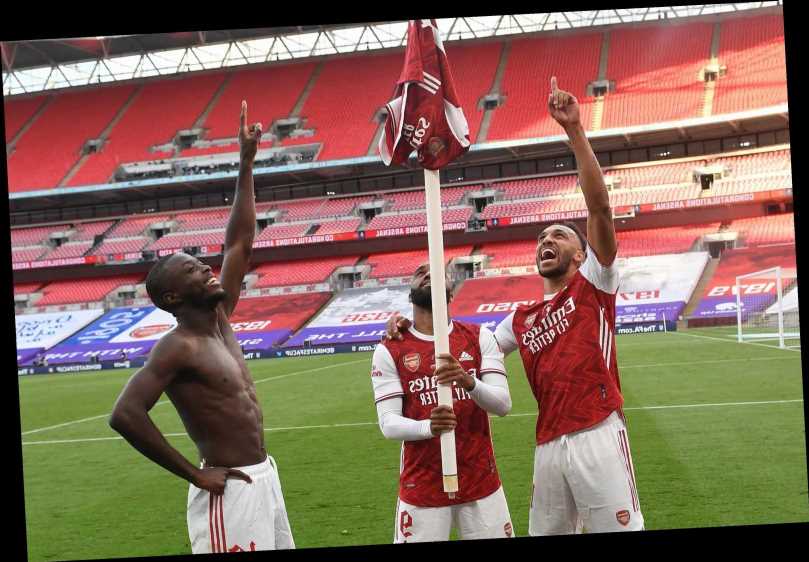 PIERRE-EMERICK Aubameyang showed his love for Arsenal after shouting "London is f***ing red" on the pitch after their FA Cup triumph.

Footage from Wembley shows the striker, whose two goals helped his side see of Chelsea to win the silverware, take part in a passionate end-of-game celebration. 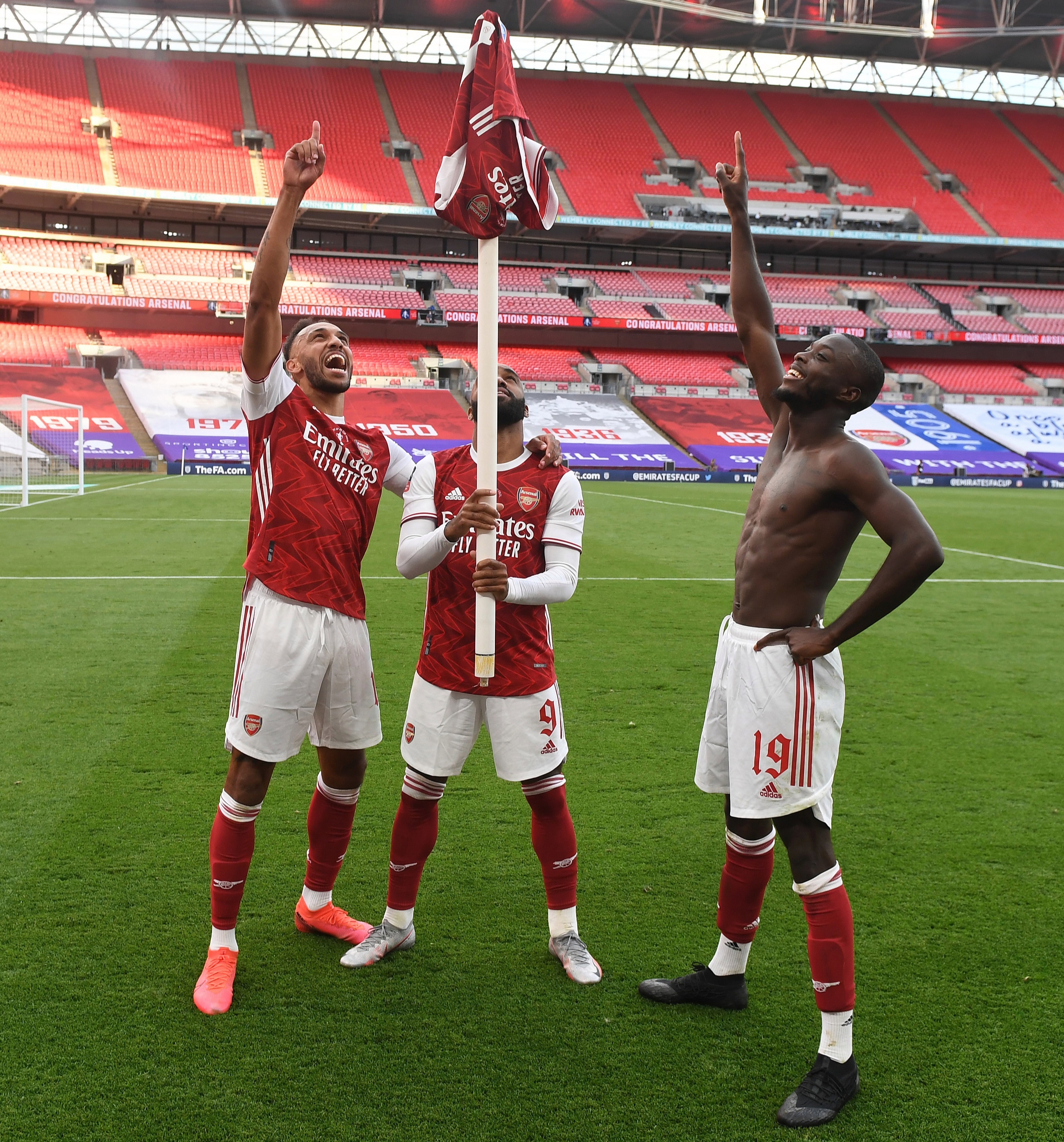 And it will only provide more hope for Gunners fans that their captain and world class talisman will sign a new contract with the club.

Aubameyang lifted the corner flag after FA Cup final and was joined by Nicolas Pepe and Alexandre Lacazette.

But he wasn't too happy that it was blue – of course the colours of beaten opponents Chelsea.

So he covered it with Pepe's Arsenal shirt, hoisted it in the air and screamed: "London is f***ing red". 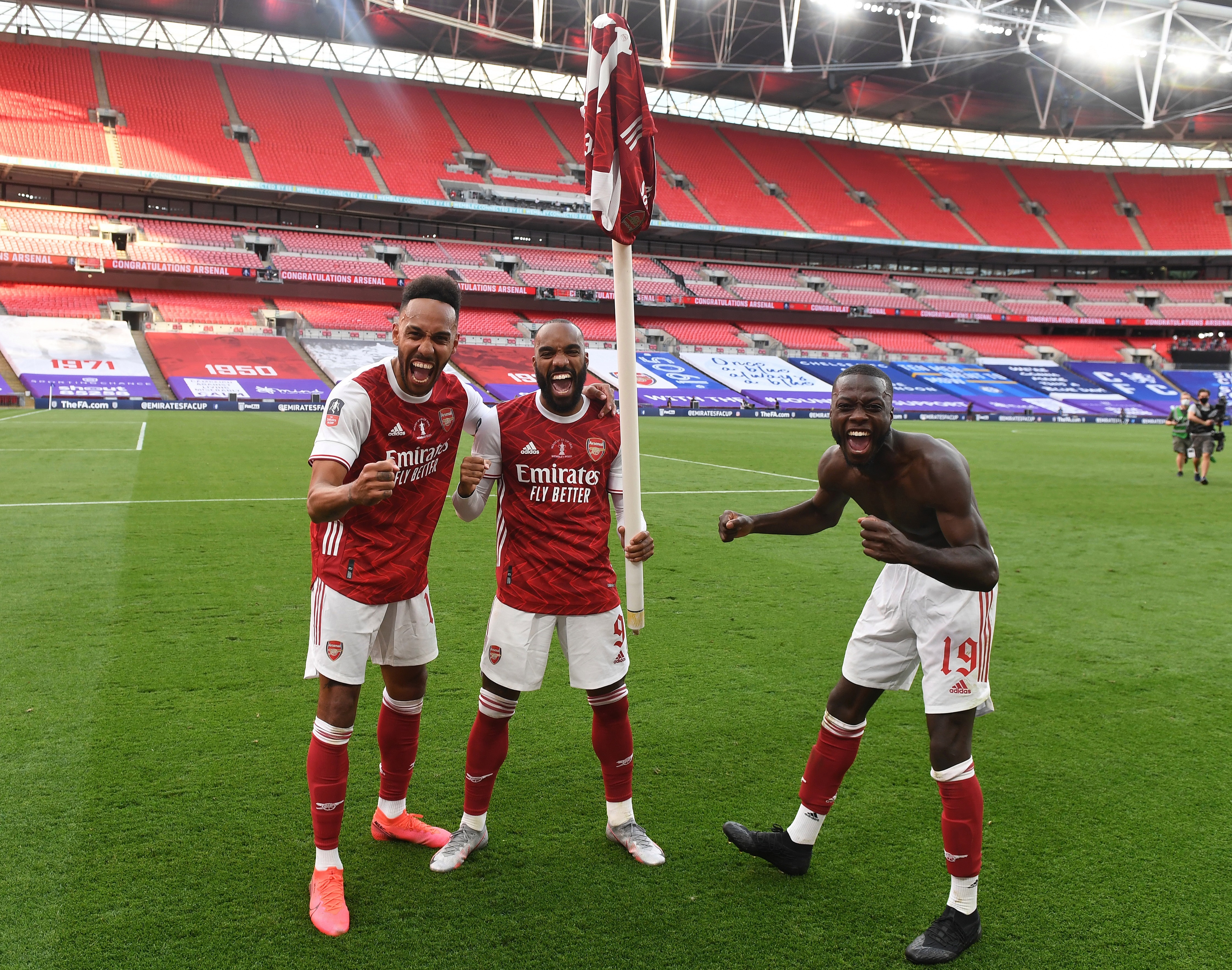 Aubameyang had adapted the usual "North London is red" dig at fierce rivals Spurs in light of beating fellow capital-dwellers Chelsea at Wembley.

Arsenal fans reacted with delight on seeing the celebration.

Oishik Gosh commented: "How can you not love this guy, gives it his everything, every game."

Punda Amechoka wrote that he "loved it", while Waran Mohanathasan added that "Auba is a Gunner forever!"

He might have been Arsenal's match-winner in the game, but Aubameyang proved butter-fingers with the cup.

The 31-year-old managed to DROP the silverware as he carried it into the squad celebration shot on the pitch.

But there didn't look to be too much damage later on as he held it in his lap on the team coach home.

All Arsenal eyes will now switch to his contract situation – with his current deal expiring next summer.

SunSport has reported that Gunners chiefs will this week offer their FA Cup final match-winner fresh terms — but he wants a three-year deal worth £250,000 a week.

And his manager is desperate for him to stay.

After the 2-1 win against Chelsea, Mikel Arteta said: “Scoring is the most difficult thing in football. He makes it look simple — look at the second goal.

"We have always had incredible strikers at this club and Auba deserves to be named and compared with the big names.

“By winning trophies he will be closer to them and, hopefully, we can have him for longer.”

‘Buyer beware’: Prime Minister says there is no case to ban TikTok