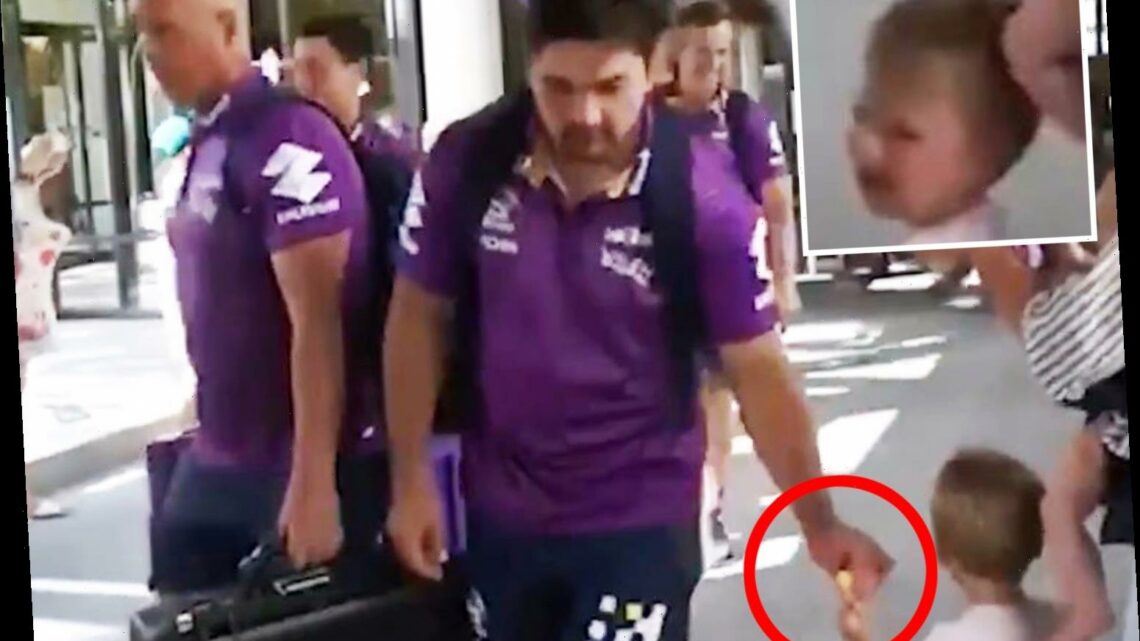 The Melbourne Storm forward was caught red handed as he swiped the lolly from the young boy on his way to the team coach in Queensland, Australia. 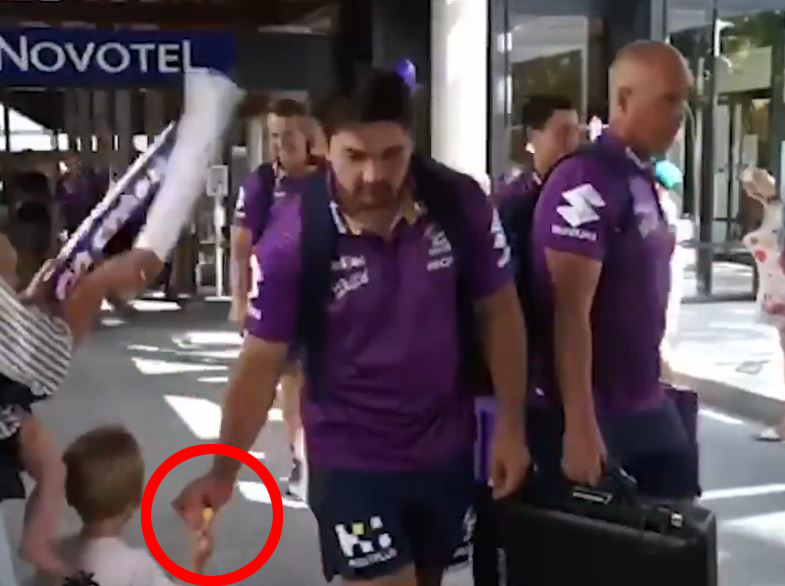 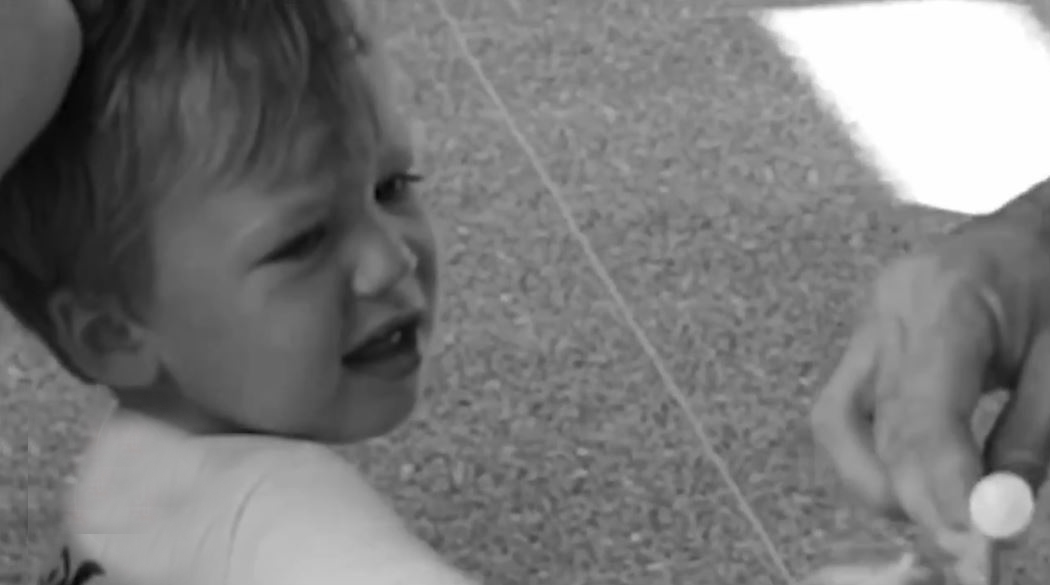 The lad was the grandson of Craig Bellamy – the Storm's head coach – and Smith decided to have some fun with him.

But the youngster did not see the funny side as he had his lolly torn from his grasp.

He turned and watched in despair as Smith strolled off after the broad daylight theft.

And the perpetrator later admitted the prank had backfired in spectacular fashion.

He said: "They had a little wall for us before we got on the bus to go away for our trip to play at Suncorp.

"I thought I’d get one up on Bellsa (Bellamy) so I stole his grandson’s lollipop.

“I didn’t know the camera was watching us.

"When I stole the lollipop, he started crying.

“Me and Bellsa (Bellamy) have since made up for it.”

Smith was later forced to wear wacky head gear during an interview after he was named the team's 'Goose of the Week'.

Elsehwhere, in rugby union, Sale Sharks are facing a coronavirus probe after an alleged party as 16 members of their squad have tested positive for coronavirus.