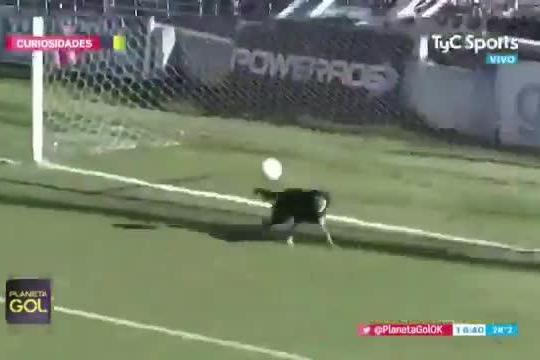 The proud pooch decided to take a stroll during an Argentine third tier clash at the weekend between Juventud Unida de Gualeguaychu and Defensores de Belgrano de Villa Ramallo. 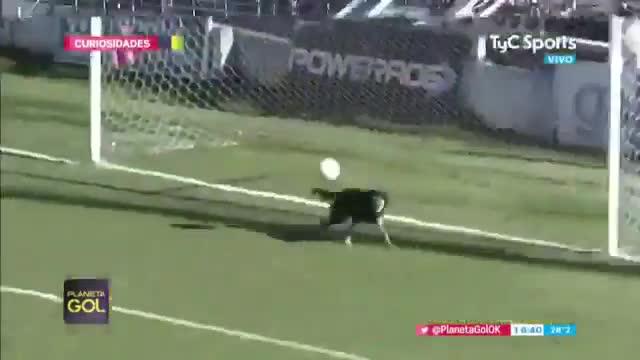 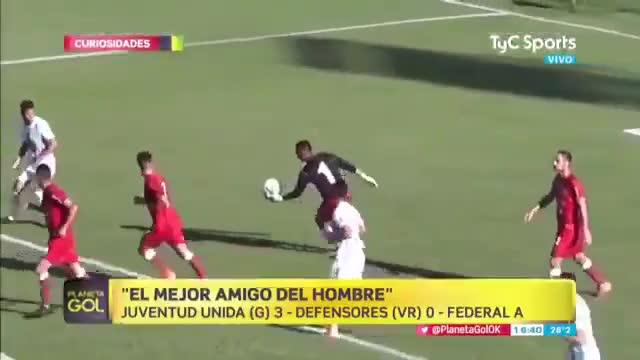 The home side were already 3-0 up against their opponents, looking hound-for-hound the superior side.

And a horrific mistake from the Defensores goalkeeper saw them presented with an easy chance to go four goals ahead.

However, beagle-eyed fans could not have been prepared for what happened next as the ball flew towards an open net.

As if sent from doggy heaven, the miraculous mutt appeared out of nowhere and scarpered across the front of the goal 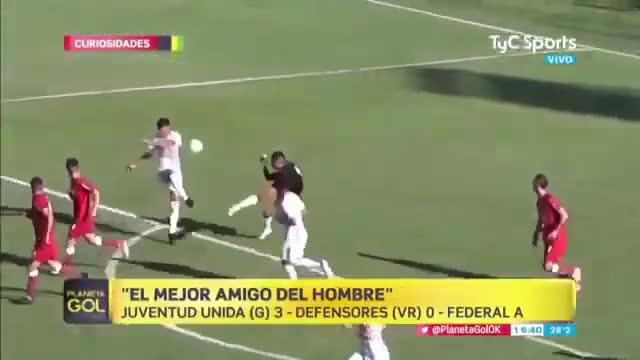 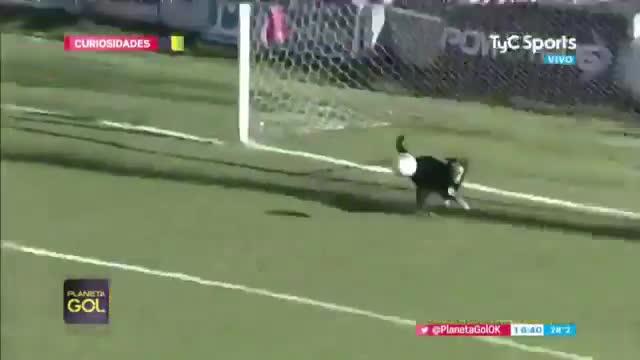 Sending the WAGS in the crowd barking mad, the four-legged creature managed to block the ball from the cross the line before turning it out of play.

He’s not the first good boy to get in the sport headlines recently, with another dog in Ecuador incredibly managing to save a penalty!

But that’s not all, with Leyton Orient putting out an application last July for a mutt to solve their fox problems.

Indeed, one heroic canine stepped forward to save the day… and was brilliantly crowned Harry K9!! 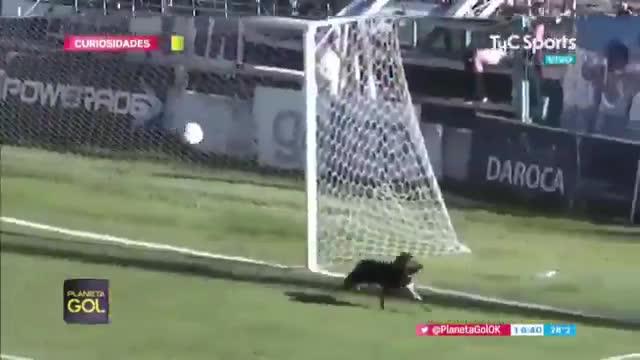 George H.W. Bush once shaved his head for a Secret Service agent’s son with leukemia