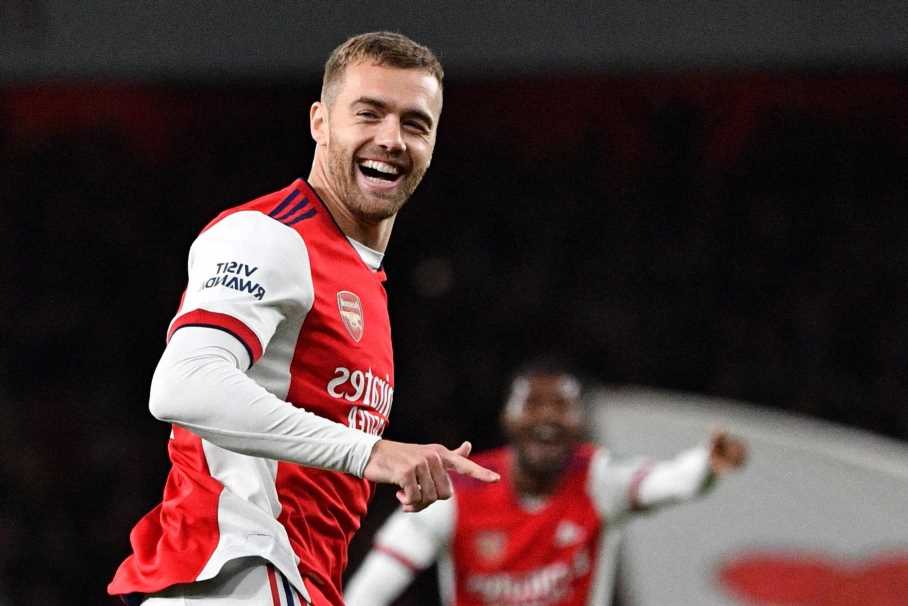 ARSENAL star Calum Chambers was in a hurry on Tuesday night.

The former England international, 26, has hardly featured for Mikel Arteta this season. 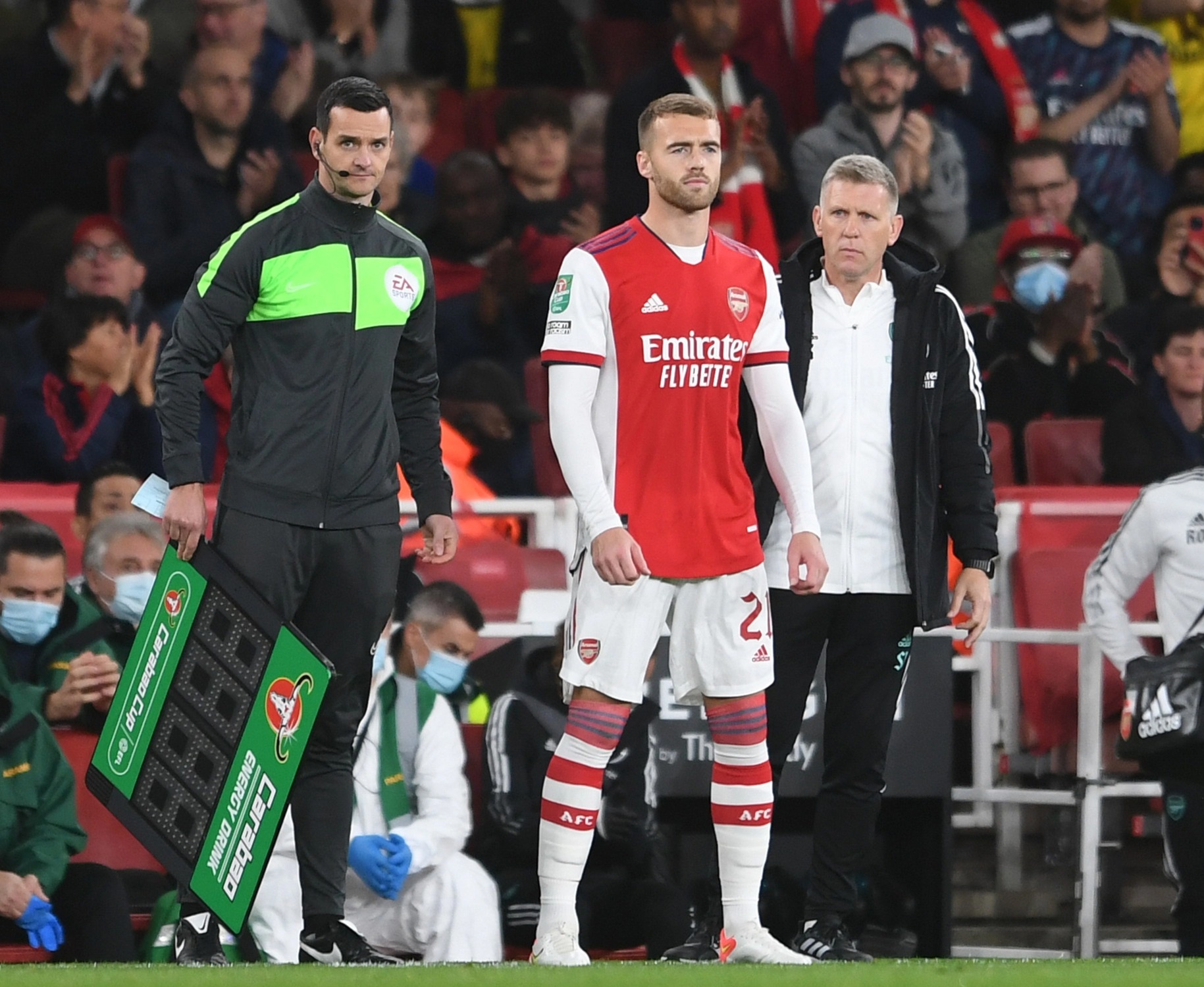 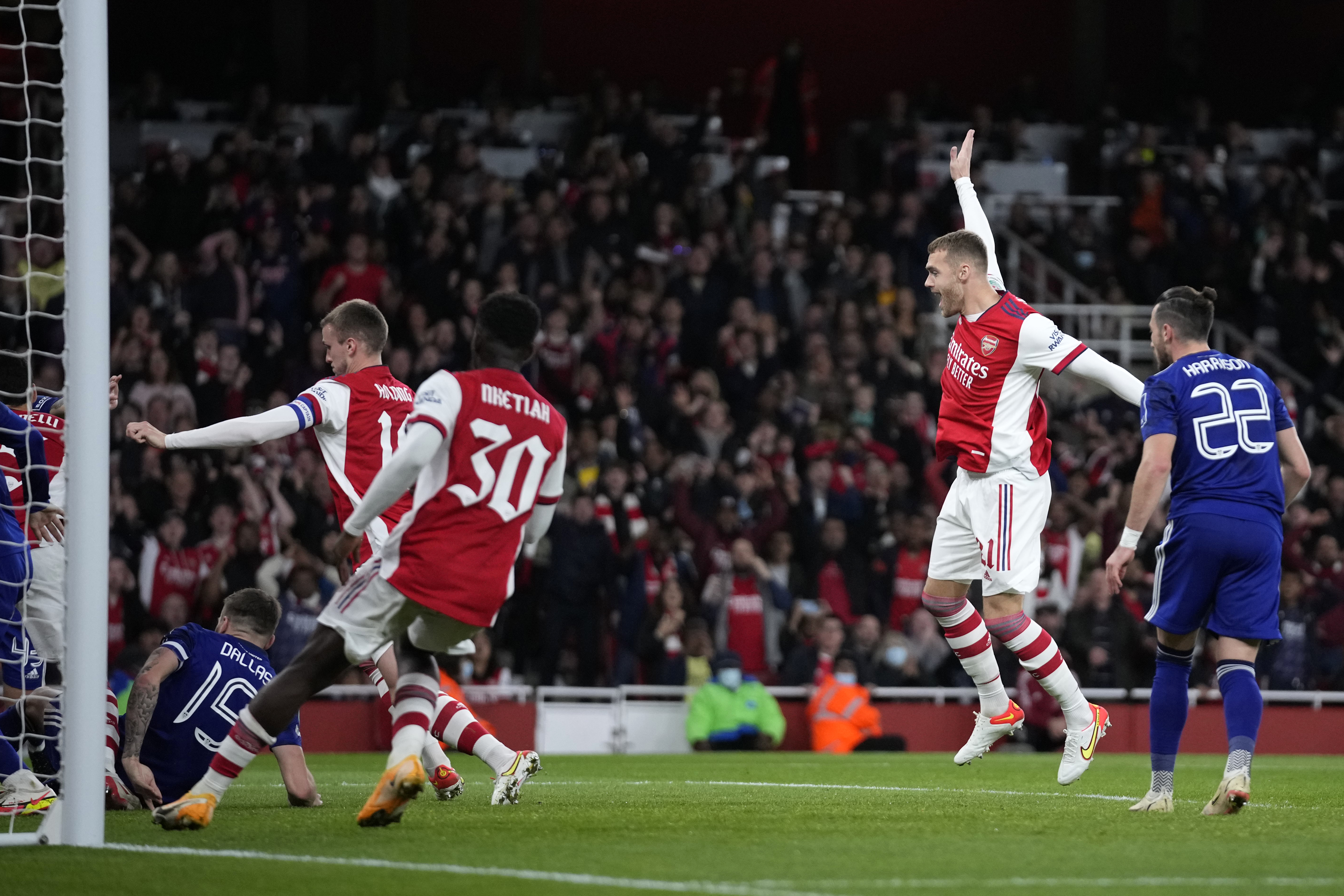 But after being brought on for Ben White in the 55th minute of the League Cup clash with Leeds, Chambers made an instant impact.

His joined the action as Emile Smith Rowe stood over a corner.

The youngster's in-swinging delivery found Nicolas Pepe at the back post, with the Ivorian smartly nodding the ball back across goal.

It found Chambers, who headed home just 23 seconds after coming on.

The Gunners were made to sweat, with technology having to confirm whether the ball had indeed crossed the line.

But Chambers was wheeling away in celebration just moments later after it was ratified.

He ran to greet his fellow subs on the touchline, with Alexandre Lacazette embracing him.

And after the 2-0 victory, Chambers opened up to Arsenal media: "It happened pretty quick!

"All the guys on the bench who were putting me on, the set-piece coach Nico, the boss, they all said, 'Go and score on your first touch.'

"So that was all that was in my head and yeah, it was nice to see it come off my head and go over the line. It was definitely a first and yeah, a pretty unique way to score.

“They were all getting in my ear as I came on, saying, 'You're going to score on your first touch' and it convinced me, so you know, I had to go and run over to them and celebrate!

"We want to go all the way [now]. A club like Arsenal needs to be going all the way and competing for silverware in every competition, so that's obviously our aim. That's our goal, we're fully focused on that and believe we can do that."

Boss Arteta added: "I am so happy in particular for Calum, he totally deserves it.

"It was a great moment as it helped us win the game, and it's someone who deserves the best for who he is as a person and how he behaves as a professional."