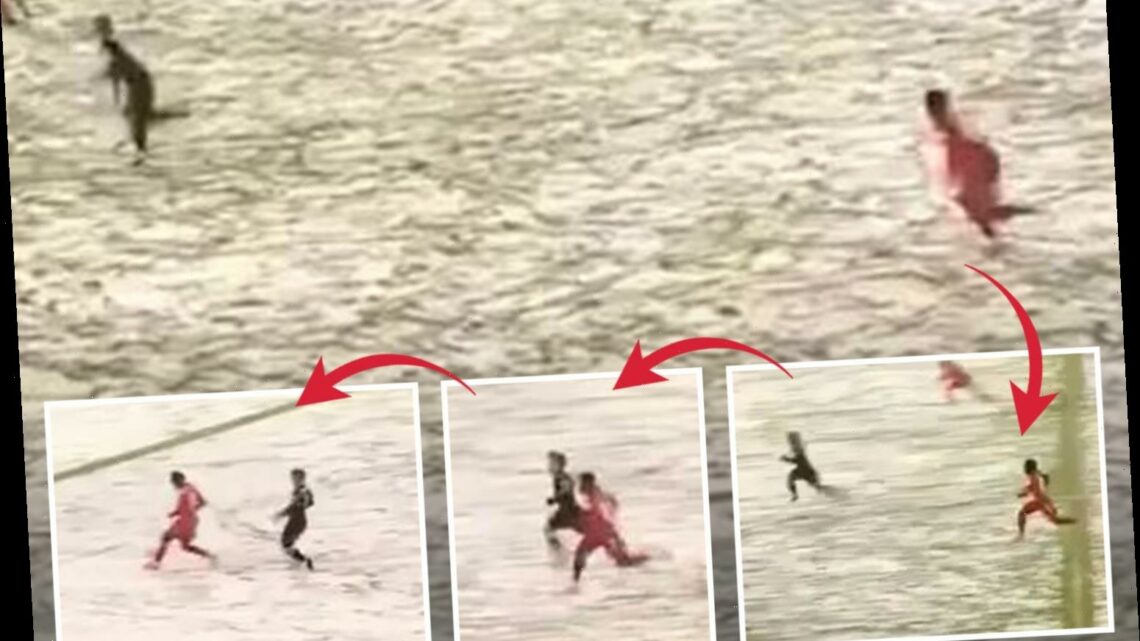 ALPHONSO DAVIES' speed is snow joke – and he showed it off again on Monday night.

Bayern Munich's electric 20-year-old full-back hit a top speed over 22mph in the Bundesliga on Monday. 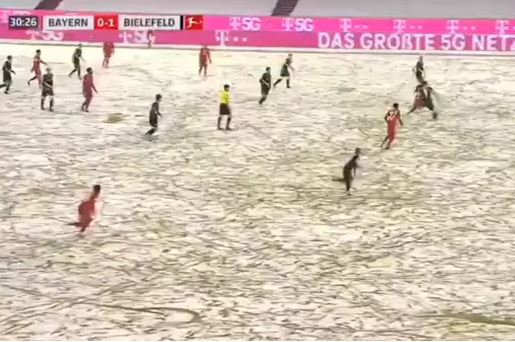 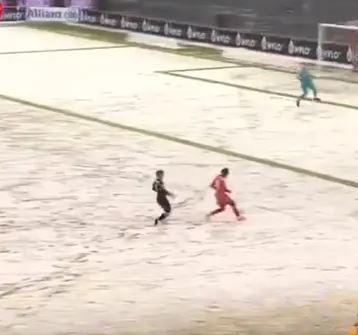 Davies made up incredible ground on his man in no time as he busted a gut to get back and clear up defensively.

A defence-splitting ball intended for Arminia's Ritsu Doan seemed to set the Japanese midfielder through on goal.

But Davies raced back and made up remarkable ground on him in the snow to mop up any danger.

Last year he broke the Bundesliga speed record last season at 36.51km/h and is showing no signs of slowing down.

Social media users couldn't believe what they saw from the rising Canadian star on Monday.

One Bayern fan said: "It’s not only his speed, but the close control he maintains at such speeds, and his balance. He’s a gem."

Another user tweeted: "Are we really surprised a Canadian can run that fast in the snow? On a serious note, what a player Alphonso Davies is. A world class talent from Canada." 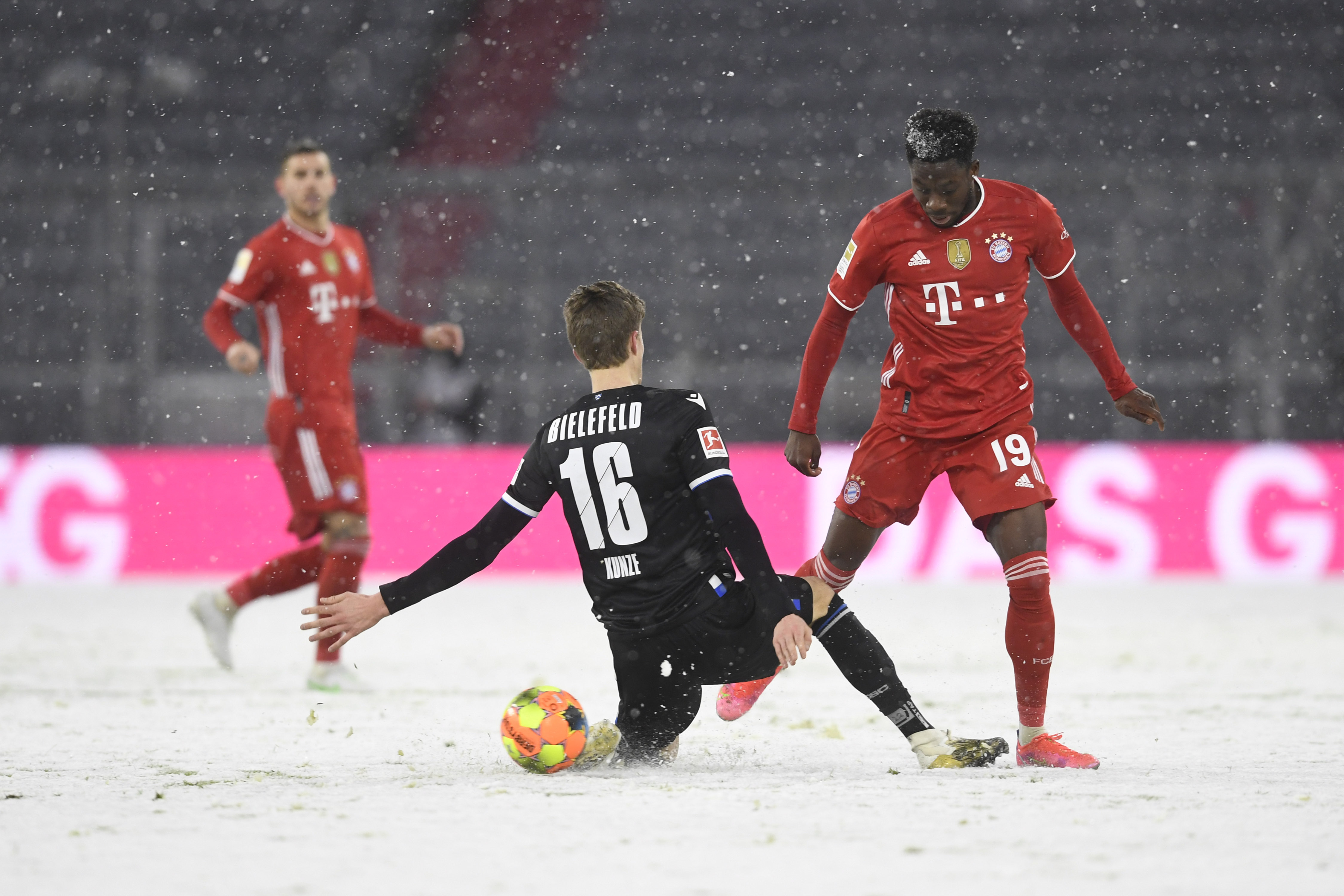 Davies scored Bayern's equaliser later in the game as they were held to a 3-3 draw.

The 20-year-old ran onto a Leroy Sane cross and picked out the near corner in the 69th minute.

Champions Bayern sit five points ahead of RB Leipzig in the Bundesliga with 13 games to play.