Home » Sport » Was That Bunt Weird or Is Your Manager Mike Matheny? 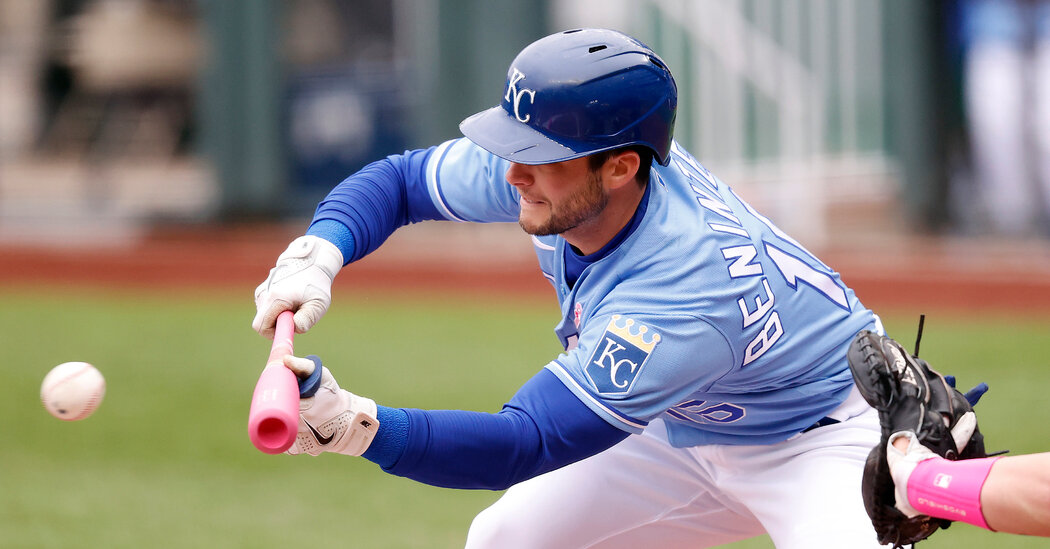 Was That Bunt Weird or Is Your Manager Mike Matheny?

But while players’ baseball cards are chockablock with statistics, one key person in the game tends to be ignored by fans when it comes to counting and analyzing: the manager.

Sparky Anderson, who managed 1,834 games and won three World Series titles, went as far as saying managers were merely a “necessary evil.” But thanks to a growing ability to track manager decisions on sites like Baseball Reference, fans can get a look at the tendencies of the people leading their teams, which might help explain what exactly they are doing in those dugouts.

The statistics show who stands out in terms of strategy and, more broadly, they show how the game is changing. (All statistics through Tuesday.)

There will likely be fewer than 2,200 steals this season, continuing a downward trend from their modern heyday in the 1980s and 1990s when 3,000-plus was the norm. But some managers still believe there is an advantage to being aggressive on the bases.

Overall, about 5.7 percent of runners on first base take a shot at stealing second. That number soars if they play for Don Mattingly of the Miami Marlins (9.3 percent) or Jayce Tingler of the San Diego Padres (8.9 percent).

Some of this is personnel driven, of course: Mattingly had the fleet Starling Marte (22 steals, before a trade to Oakland) and Jazz Chisholm (18). But Mattingly loved to steal when he was the Dodgers’ manager too, topping out at 11.2 percent in 2014.

All that thieving seems to be helping the Marlins. They steal bases at a success rate of 79.5 percent, well above the 67 percent that statisticians say needs to be achieved for a steal attempt to be worth it.

In contrast, David Bell of the Reds keeps his runners stuck in mud. Only 3 percent of his men on first have taken off for second. Given that Reds players have only been successful 55.1 percent of time, he might want to consider stealing even less than that.

Intentional walks, one of the least popular moves for statisticians — and many fans — keep dropping. But there are still a few managers who find value in giving a team’s slugger first base.

Nobody gives a free pass to even one percent of batters, but Dave Martinez of the Washington Nationals and Dave Roberts of the Los Angeles Dodgers still send 0.8 percent of them to first. Not surprisingly, they are National League managers, where walking the man before the pitcher is fairly routine.

The American League managers Brandon Hyde of the Baltimore Orioles and Dusty Baker of the Houston Astros have been remarkably averse to the strategy, offering up intentional walks only 0.1 percent of the time this season, or roughly once for every 1,000 batters. Each has intentionally walked only seven men this season.

One of Hyde’s walks came last month to Shohei Ohtani, and it drew boos from Orioles fans, who in a season in which their team is 31 games out of third place (and already eliminated from postseason contention) probably just wanted to see the Angels superstar take his cuts.

Baker spent most of his managerial career in the N.L., and regularly walked nearly 1 percent of batters with the San Francisco Giants in the 1990s. That figure fell when he led the Chicago Cubs, the Cincinnati Reds and the Nationals, and it plunged with his arrival in the A.L. last season.

Another play that annoys many new-era statisticians is the bunt: The consensus is that giving up an out usually costs more than is gained by advancing a runner.

Don’t tell that to Mike Matheny of the Royals, whose nonpitchers have successfully laid down sacrifice bunts 21 times this season, 1.8 percent of the time the strategy was available. (Pitchers are left out of this stat because the ones not named Ohtani almost always bunt when they can.) Matheny has had a sacrifice bunt rate as high as 2.3 percent in his career, and it has been noticed. Back in 2016 he declared himself done with answering questions about his tendency to have players bunt. “Beyond sick and tired of answering it,” he told the St. Louis Post-Dispatch.

But if you play for Mike Shildt of the St. Louis Cardinals, Roberts of the Dodgers, or Bell of the Reds, you had better swing the bat. Each has made only two nonpitcher sacrifices this season. (Shildt was awarded the “worst bunt of the year” by FanGraphs in June after a bungled sacrifice by Jose Rondón turned into a double play. Maybe he learned a lesson.)

In the ’60s, ’70s and ’80s, teams used about 2.5 pitchers per game. As any fan watching a game crawl into its fourth hour in 2021 can tell you, managers use a lot more now. Every manager in the majors is currently using between four and five pitchers a game.

At one extreme is Tingler of the Padres at 4.8 pitchers a game. At the other is the old-school Tony La Russa of the White Sox at 4.1.

You might think a team with a bad pitching staff would call on more and more pitchers as starters and middle relievers get shelled. But, oddly, Tingler and La Russa’s use of pitchers does not seem to be explained by the quality of their staffs: Each team is in fourth in E.R.A. in its league.

In case you’re wondering, La Russa, 76, has changed with the times. Back in his first go-round with the White Sox in the 1980s he was using 2.5 to 3 pitchers a game. That figure has gone up as he has gone along, but his 1986 White Sox squad, at 3.2 pitchers a game, was the only team in his 34 years of managing that topped its league in pitcher usage despite his reputation for having played a large role in championing situational relievers.

A new way of evaluating managers is their use of replay challenges. There are plenty of caveats: The sample size is low, and some managers may make a challenge just to help a player’s morale or send a message to an ump.

That said, it’s La Russa who tops the table here: Seven of his nine challenges have been successful this season, for a baseball-best 77.8 percent. Coincidentally or not, La Russa helped create the replay system.

In contrast, both Hyde of the Orioles and Bob Melvin of the Oakland Athletics have had only one of 10 challenges overturned.

The man who loves challenges the most is Charlie Montoyo of the Blue Jays. He has made 25 of them, with nine successful (36 percent).

In some games, the manager isn’t very noticeable. But it’s hard to miss it when he gets the boot. Any Atlanta Braves fan can tell you all about that after years of watching Bobby Cox manage the team, as he was ejected 162 times — a season’s worth of early showers.

Tingler of the Padres and Aaron Boone of the Yankees have been given the heave-ho six times this season. For Boone, who is known for his theatrical berating of umps, it’s a new personal record, surpassing his five ejections from 2019.

Gabe Kapler of the Giants, Kevin Cash of the Rays and Brian Snitker of the Braves get the good citizenship prize: They haven’t been told to leave yet. (All three of them have been tossed in previous seasons, though, but Kapler’s total of four ejections in 523 games as a manager shows excellent comportment.)

What was Michael Constantine's cause of death?
World News