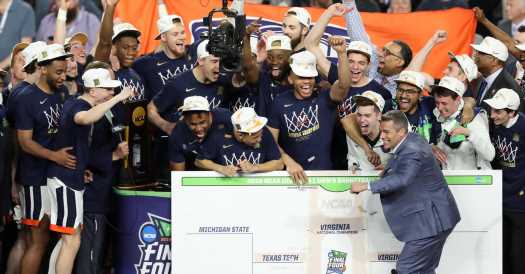 Virginia Men’s Basketball Will Not Go to the White House

When the University of Virginia men’s basketball coach Tony Bennett announced Friday that his team would decline an invitation to celebrate its N.C.A.A. championship at the White House, he continued a trend of basketball champions’ spurning the traditional fete during the polarizing Trump administration.

In Virginia’s case, the move was particularly poignant as it highlighted widespread outrage over President Trump’s response to the white-nationalist rally two years ago in the team’s hometown Charlottesville.

“We have received inquiries about a visit to the White House,” Mr. Bennett said in a statement posted to the team’s Twitter feed. “With several players either pursuing pro opportunities or moving on from U.V.A., it would be difficult, if not impossible to get everyone back together. We would have to respectfully decline an invitation.”

It was not immediately clear whether an invitation had already been extended or whether the two sides had engaged in any talks over a visit. Team and university spokesmen declined to comment Saturday. A White House spokesman did not immediately return a request for comment.

Several members of the team have declared for June’s N.B.A. draft and are likely busy preparing for workouts with teams. Earlier this month, U.V.A. defeated Texas Tech in overtime, 85-77, to win the program’s first men’s national title.

However, several former and current players also appeared to make their anti-Trump sentiments known Friday in response to the announcement.

De’Andre Hunter — who hit a 3-pointer to force overtime against Texas Tech — tweeted Friday, “No thanks Trump.” The tweet was later deleted.

London Perrantes, who graduated from Virginia in 2017 and now plays professionally in France, tweeted an emoji indicating praise in response to Mr. Bennett’s statement.

“You’d have to be incredibly naïve to believe it was a scheduling conflict,” said Larry J. Sabato, the director of the university’s Center for Politics.

The N.B.A.’s Golden State Warriors, who have won two championships since Mr. Trump took office, have famously and loudly declined to entertain a White House visit. Many of the team’s most prominent members, including Stephen Curry and Coach Steve Kerr, have been openly critical of Mr. Trump. The league’s biggest star, LeBron James, campaigned for Hillary Clinton in 2016 and referred to Mr. Trump as a “bum.”

It is common for White House visits to quickly follow championships in college basketball, where teams win in early April and may graduate players soon after. N.B.A. teams generally schedule their visits to coincide with a game the next season against the Washington Wizards.

Recently, Baylor University, a Baptist school in Texas, announced that its championship women’s basketball team would celebrate at the White House on Monday with Mr. Trump.

A contingent of mostly white players from Clemson’s football team visited the White House one week after defeating Alabama for the national title in January — and were greeted by a now-infamous spread of fast food, paid for by the beaming president, he said, because the federal government was shut down at the time. 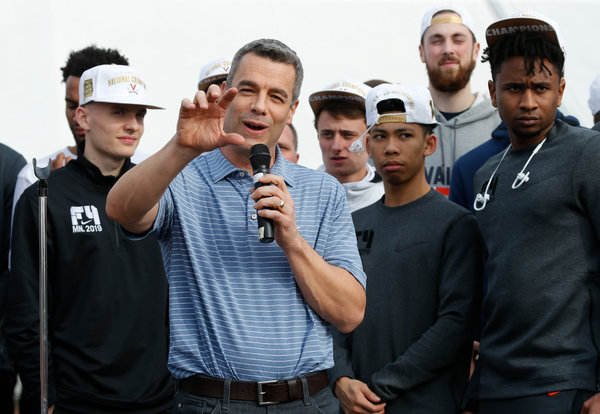 “We could have seen you in about two months, and I know a lot of you are off to all sorts of camps and they’re all checking you out,” Mr. Trump told the team during the visit.

Virginia was facing pressure from beyond its locker room. More than 15,000 people signed a petition, organized by a Virginia graduate, urging the team “to skip the White House visit in protest of Trump and his support of white supremacy.”

Charlottesville has become a byword for white nationalism since the summer of 2017, when neo-Nazis and white nationalists marched through town in protest of plans to remove Confederate statues. One of the protesters, who had expressed support for Nazi policies and violence against African-Americans, rammed his car through a crowd of counterprotesters, killing 32-year-old Heather Heyer. Afterward, Mr. Trump defended the marchers, saying some of them were “very fine people.”

That comment resurfaced this past week when Joseph R. Biden Jr., the former vice president, invoked Charlottesville in announcing his presidential candidacy. Mr. Trump responded Friday by defending his remark.

In an interview on Saturday, Michael Signer, who was Charlottesville’s mayor at the time of the rally, said that until Mr. Trump’s comments on Friday, he thought the team should make its own choice about visiting the White House.

“A lot changed — everything changed — over the last day,” said Signer, a lecturer at the university.

Signer added that he expected that Virginia’s fans would support the team’s choice not to go.

“I trust Coach Bennett’s instincts entirely, both on the court and off,” he said. “And I think many Charlottesvillians will see this as a wise and judicious decision.”

It was not clear how Virginia reached its decision, but one member of the university’s powerful Board of Visitors — its version of a Board of Regents — said Saturday that the board as a whole had not been involved. The decision, though, was not that surprising to some Virginia supporters who are among the president’s sharpest critics.

“Trump has turned everything into a culture war,” said Terry McAuliffe, the former governor of Virginia who was in office during the deadly riot in Charlottesville. “The symbolism of the University of Virginia basketball team from Charlottesville going to the White House to see a president who condoned the racists, bigots and anti-Semites? I’m very happy Tony made this decision.”

McAuliffe, who attended the N.C.A.A. championship game in Minneapolis, said he took Bennett “at his word” regarding scheduling, but he said the coach had little choice.

“You cannot put Donald Trump and the word Charlottesville together again,” he said. “He failed us that day, he failed Virginia, he failed America and he failed the world.”

Virginia is the latest addition to a growing number of basketball champions — among Division I men’s, Division I women’s, the N.B.A. and the W.N.B.A. — to skip the White House during the Trump administration, though some were never officially invited. In fact, the Baylor’s women’s team will become the first basketball champion from those four leagues to visit Mr. Trump.

In contrast, former President Barack Obama, a serious basketball fan, hosted many champions in the sport during his eight years in the White House and is known to play golf with Curry.

While champions in several other sports, both college and professional, have visited the White House during Mr. Trump’s tenure, basketball is perhaps notable for its dominance by African-American players and more progressive fans.

As of early Saturday afternoon, Mr. Trump had not publicly addressed Virginia’s announcement. 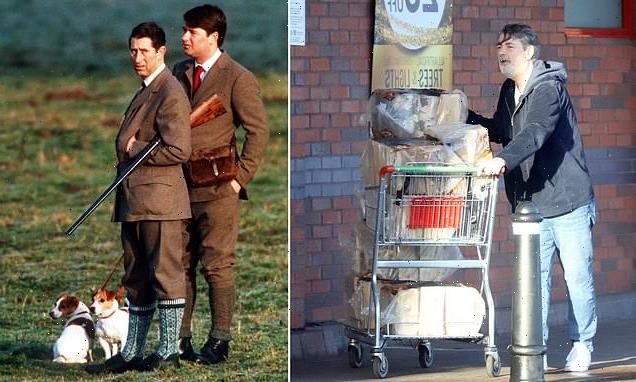 December 6, 2021
Michael Fawcett is seen out and about doing his OWN Christmas shopping

Pictured: Michael Fawcett is seen out and about doing his... 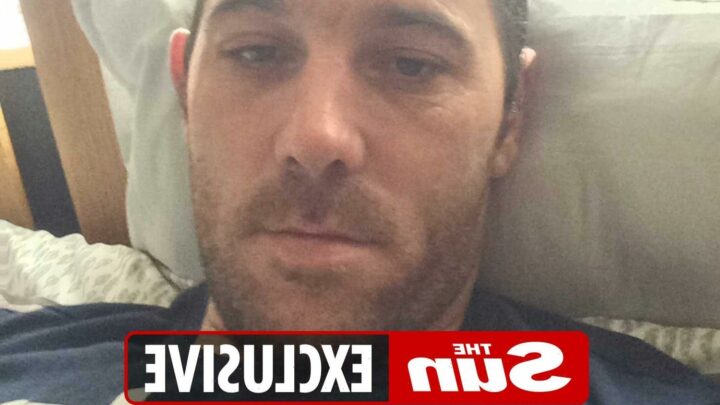 December 6, 2021
Father of one of PC Andrew Harper's killers jailed for clawhammer attack

THE father of one of PC Andrew Harper’s killers has been jailed for a clawhammer attack. Carl Long, 41, and... 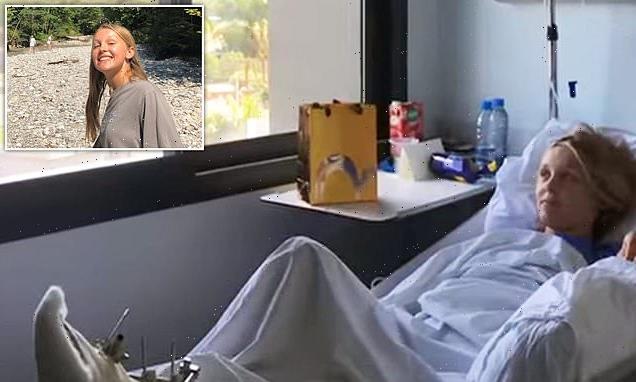 ‘I was very, very lucky’: British student, 18, savaged by a 10ft crocodile in Zambia tells how her ‘mind went...

December 6, 2021
Michael Fawcett is seen out and about doing his OWN Christmas shopping

Pictured: Michael Fawcett is seen out and about doing his...

December 6, 2021
Father of one of PC Andrew Harper's killers jailed for clawhammer attack

THE father of one of PC Andrew Harper’s killers has been jailed for a clawhammer attack. Carl Long, 41, and...

‘I was very, very lucky’: British student, 18, savaged by a 10ft crocodile in Zambia tells how her ‘mind went... 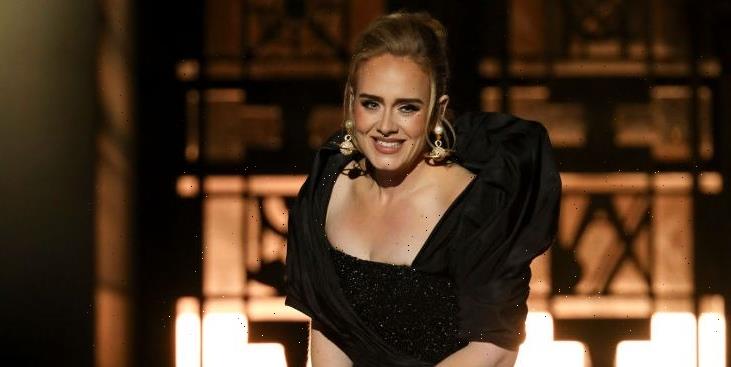 Adele made an appearance on make up artist NikkieTutorials‘ YouTube...