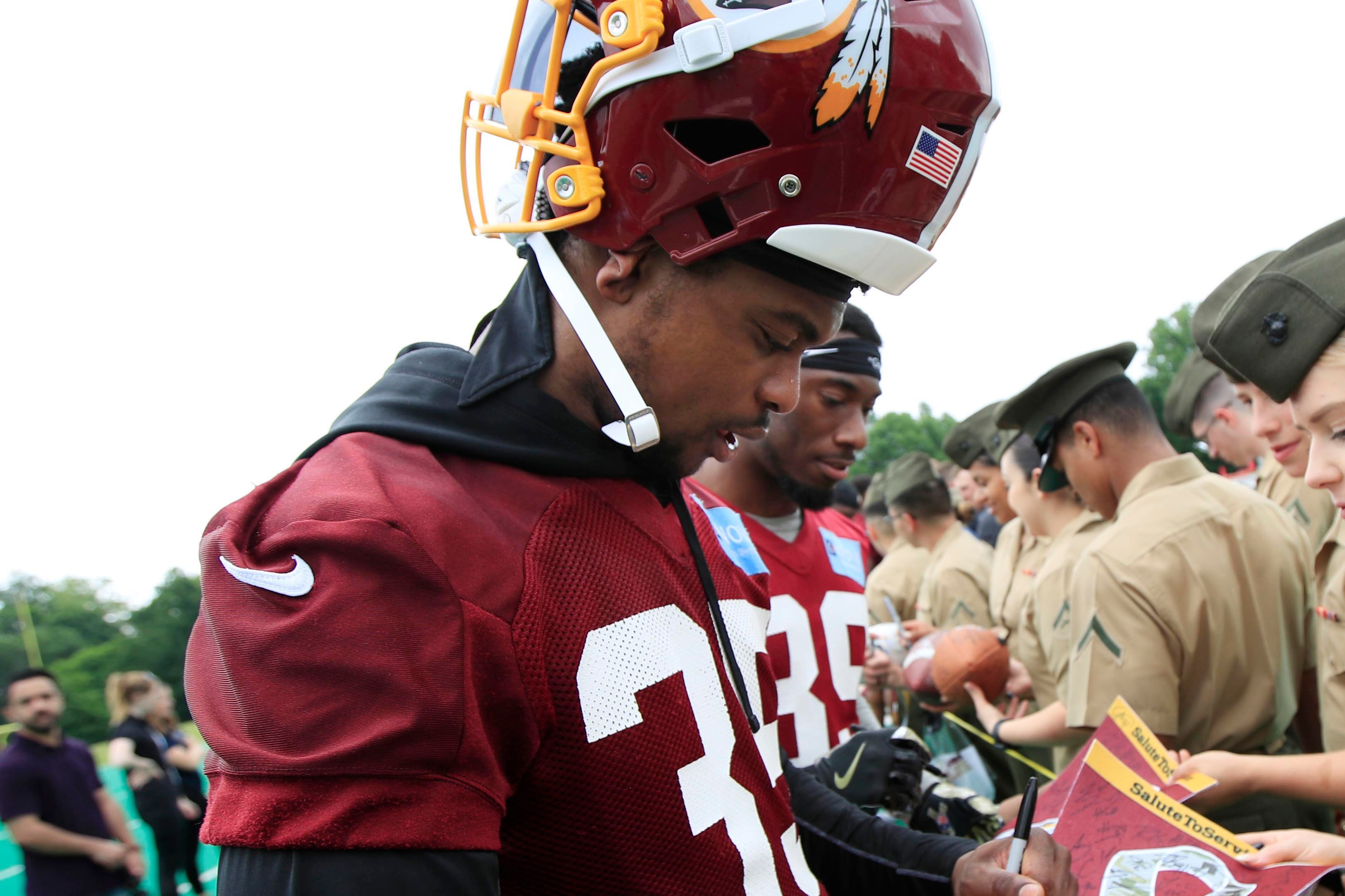 The NFL won’t have to look too hard to find this video.

Redskins safety Montae Nicholson was arrested Tuesday morning for allegedly assaulting a man while drunk, video of which surfaced on Wednesday via TMZ.

Nicholson is seen throwing multiple punches at a man outside a car in a parking lot in Virginia. Other men tried to break up the fight, but Nicholson kept at it, throwing haymakers, including one that knocked the victim to the ground and left him looking limp.

The Redskins’ 2017 fourth-round pick was with a woman, believed to be his girlfriend, who is accused of assaulting another woman with a bottle, though it was not seen in the video.

Nicholson, who has started seven games this season, has since been released on bond.

“We are aware of the arrest of Montae Nicholson,” Redskins spokesman Tony Wyllie said in a statement Tuesday, before the video came out. “We are gathering more information and will not comment until we have further details.”