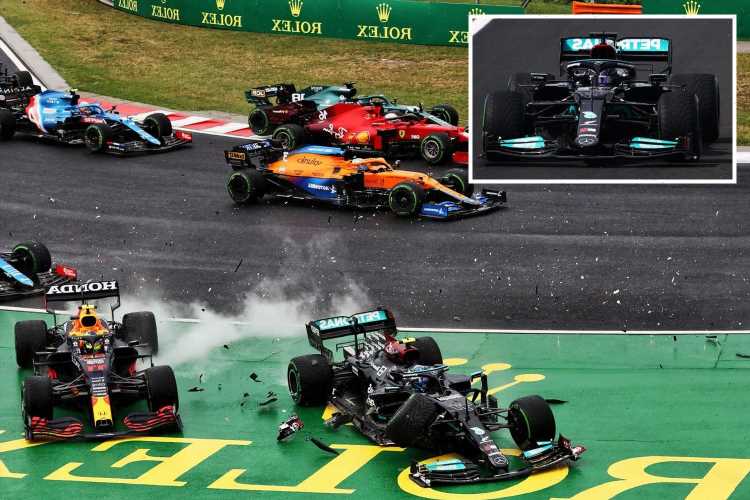 MAX VERSTAPPEN blasted Valtteri Bottas after he was taken out by a Mercedes for the second race in a row.

The Red Bull man surrendered the lead in the championship to Lewis Hamilton after limping home in 10th place in the Hungarian GP. 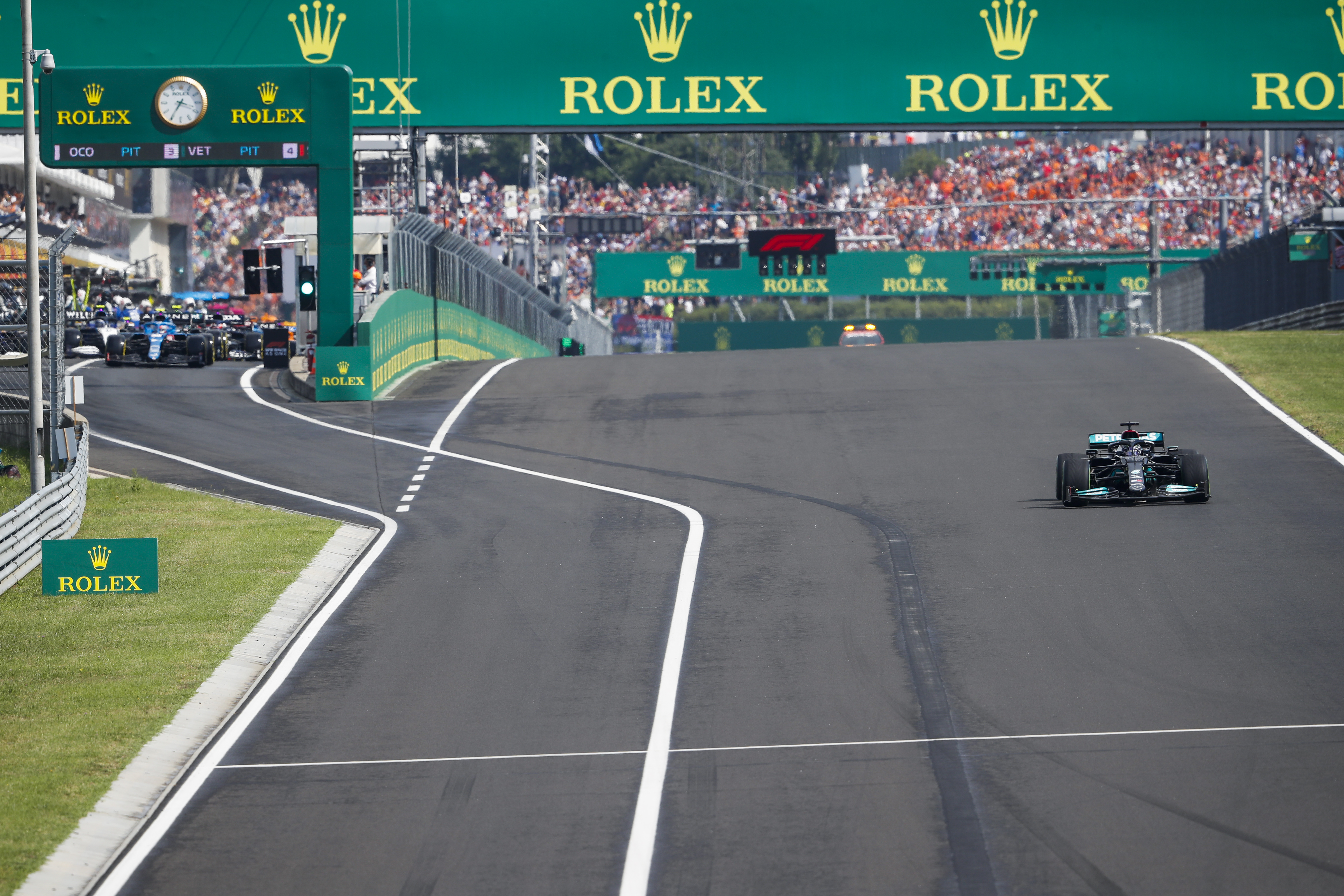 Verstappen, who was left furious after Hamilton took him out at Silverstone in a high-speed smash that resulted in him going to hospital, fumed: “Again, taken out by a Mercedes!

“That is not what you want. I was missing the whole side of my car and the floor was damaged, too, so it was impossible to drive.

“I tried my best. It is something but not what you want. It is just disappointing. We go again after the break and I will try my best and I hope my car is competitive.

“We have had a lot of freak moments which have cost us a lot of points. We will never give up, focus on ourselves and keep pushing.

He added: "I was missing the whole side of my car.

"And the floor was damaged as well, so almost impossible to drive, to be honest.

"I still tried my very best and I still got one point. It's at least something – but it's not what you want.

"These moments, it doesn't do anything, it's just disappointing. I know that when we go again after the break, I will be there again and I will try my very best."

Valtteri Bottas struggled to get going on a wet start at Hungaroring, with the entire pack making the late change to intermediate tyres amid a downpour as the grid formed.

Lando Norris jumped the Finn with an excellent getaway yet was bumped from behind by the clumsy Bottas for his troubles.

That sent his McLaren into Verstappen’s Red Bull, causing damage to both.

Bottas’ Merc had lost a wheel and it then went into Sergio Perez’s Red Bull, taking both out of the race.

Verstappen was able to crawl back to the pits in 13th with the race red-flagged due to hundreds of pieces of debris strewn across the track.
McLaren retired Norris during the stoppage.

After being pinned for the Silverstone crash a fortnight ago, Hamilton managed to totally avoid the carnage and raced off into the distance, unscathed.

When the race restarted, Hamilton ended up being the ONLY driver to line up on the grid as, with the weather improving, everyone else went to the pits on their formation lap to change their tyres.

It meant Hamilton got away in first, but the others all quickly followed from the pitlane.

Hamilton then needed to change his own tyres, and having been unable to open up a sizeable lead, fell all the way back to LAST by the time he reemerged. He ultimately recovered to third with a magnificent drive to claim the championship lead.

Bottas will pick up a five-place grid drop for the Belgian Grand Prix and given two penalty points on his license.

Speaking after the race, Bottas said: "I think that's fair enough [to get the blame]. I had a bad start and I lost the momentum.

"I misjudged the braking point and locked the wheels. I was responsible in the end for hitting Lando and that meant he cut people off in front of him."

"It's not great for me and not great others. It's not like I did it on purpose."

“It was very frustrating. We have had some hugely bad luck in the last couple of races in parts and engines but we will brush ourselves down and come out fighting in the second half of this championship.

“It has been a tough couple of weeks but things can turn around quickly as you have seen and there is still a long way to go.

“Thankfully, Mercedes made a howler strategically today and Fernando Alonso looked like he was driving for Red Bull [to hold up Hamilton] and damage was limited.

“Our luck will change. Over the season it will balance itself out and believe you me we will come out fighting in the second half of the season."

Perez added: “Basically Bottas lost the car in the beginning. It's clear Bottas made a big mistake and took everyone out of the race.

“It's a massive blow to us as a team. A big penalty on our side.”

Brit Lando Norris, who was also taken out in the shunt, said: “I am just annoyed. Why risk doing those stupid things?

“If I get a penalty for not doing anything at other tracks then he deserves a lot bigger penalty for doing this. I hope there is common sense.” 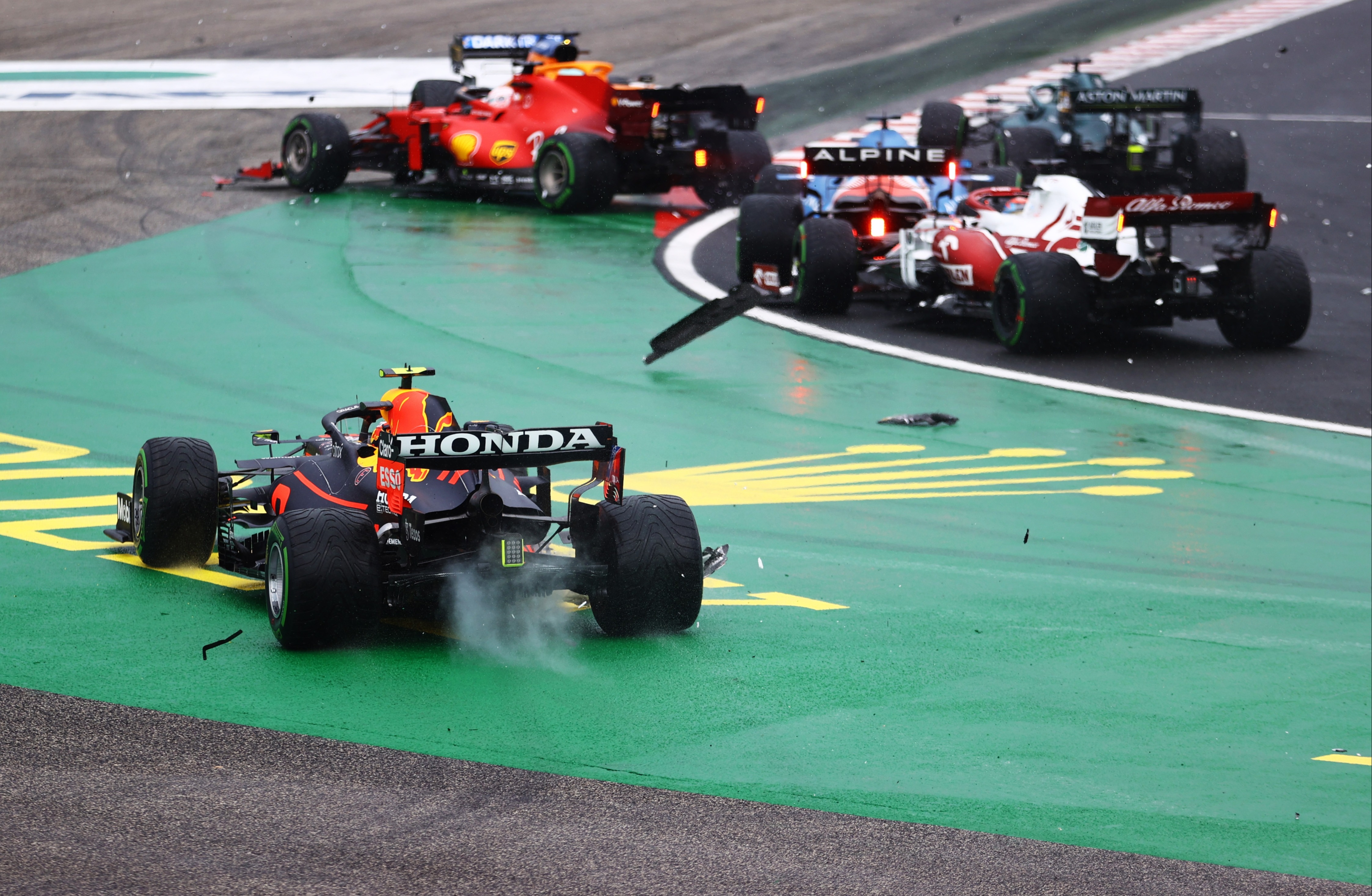