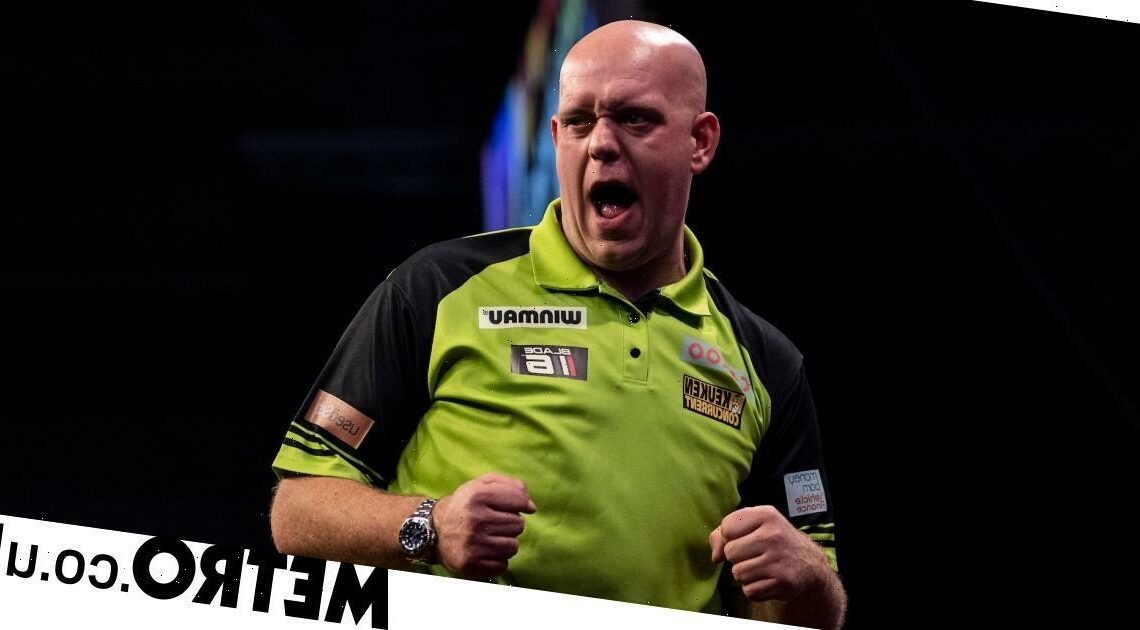 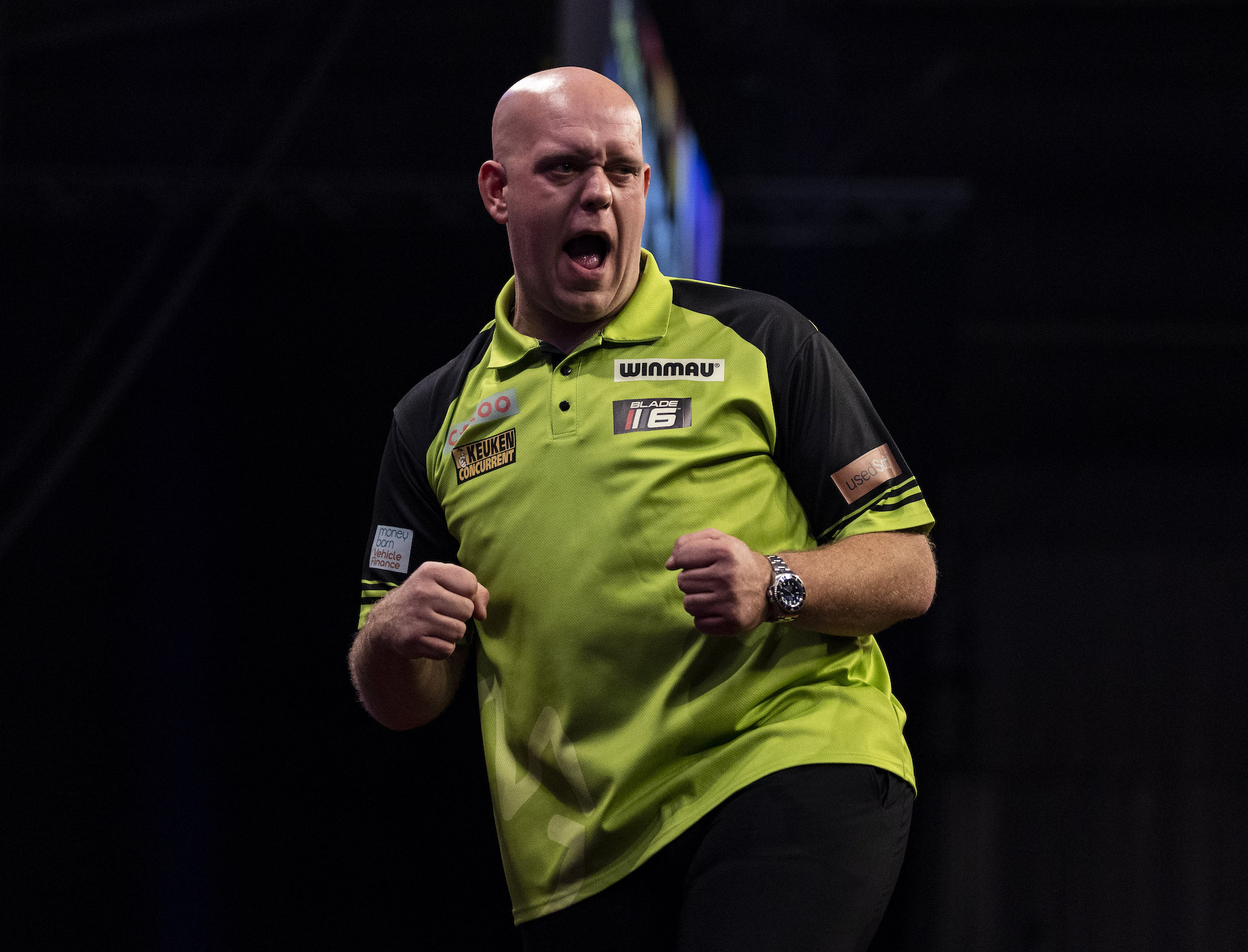 Michael van Gerwen gave himself a B+ for his performance on Thursday night as he dropped just three legs in three matches to win Premier League Night Four, warning his rivals he has plenty more in the tank for the UK Open this weekend.

MVG was in fine fettle in Exeter, beating Jonny Clayton 6-1 and Michael Smith 6-2 to set up a final with Peter Wright.

Snakebite had been hugely impressive in downing Gerwyn Price and James Wade but fell apart in the final and Van Gerwen capitalised in perfect fashion, smashing the world champion 6-0.

Van Gerwen’s average for the evening was a shade under 102, but he felt it was still not his best stuff as he battles to rediscover the form that saw him dominate the sport from 2014-20.

The Dutchman is now battling for supremacy with the likes of Wright, Price and Clayton and is just looking for the consistency he used to show on the oche.

‘I didn’t even play my A game tonight, I think it was B+,’ Van Gerwen told Online Darts. ‘So I’ve still got more in the tank and I’ve still got to try and find an extra gear.

‘Because the other guys play well week after week, so it’s nice that I won this week, but you have to do it next week again.

‘Keeping the pressure on the other guys, that’s the most important thing. That’s the most I’ve hurt them in a while, then they get used to it again and that’s what I want.’

Attention turns to the UK Open on Friday, with MVG looking to win the event for a fourth time, lifting the trophy most recently in 2020, just before the pandemic took hold of the country.

He is thrilled to enjoy his first Premier League triumph of the season immediately before the trip to Minehead and feels his rivals are well aware of the threat he poses, even if he is not spoken about as much as he used to be.

‘A lot of confidence because this is probably a really good moment to put them under pressure,’ he said. ‘I feel comfortable, I need to make sure I get a good night of rest, but I feel good. We see what’s going to happen.

‘I think they still talk about me because if they still fear someone and it’s still me, trust me. They all know the score, but they can’t speak it. It hurts them too much to even spell my name and that’s a good thing, that’s a positive.’