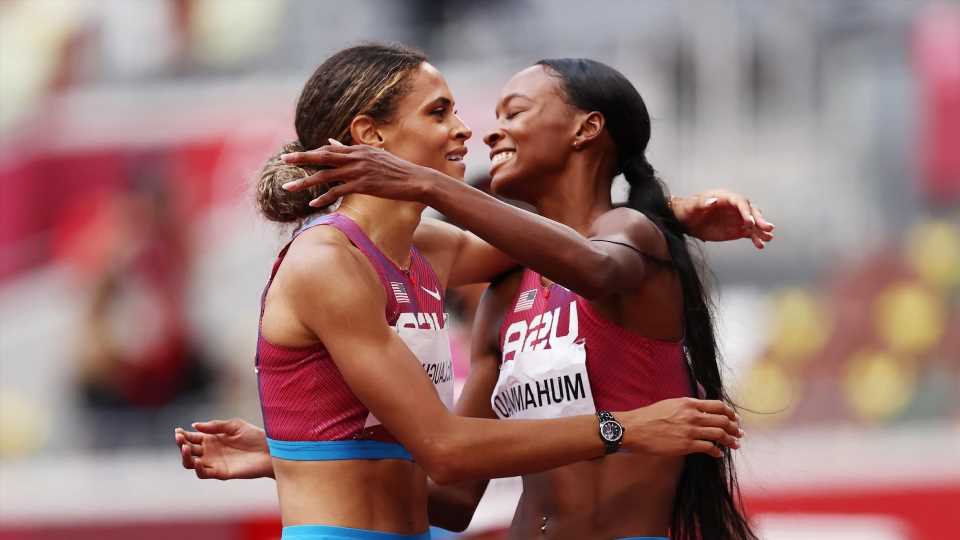 For the second time of the 2021 Tokyo Olympics, the 400-meter hurdles record has been smashed.

Norway’s Karsten Warholm was the first to do that, running a 45.94 time in the men’s 400-meter hurdle on Monday. Then, the United States’ Sydney McLaughlin — already the world record holder and the only woman to run the event in fewer than 52 seconds — did it again on Tuesday.

However, the final was anything but easy for McLaughlin.

She had more than worthy competition in defending Rio gold medalist Dalilah Muhammad. The New York City native finished second with a time of 51.58 and became just the second woman to run the event in fewer than 52 seconds (McLaughlin, the other, did it again for gold). Muhammad’s time on Tuesday would have broken McLaughlin’s previous world record of 51.90, set in the United States Olympic trials.

Femke Bol of the Netherlands finished with the bronze medal with a time of 52.03 seconds.

Below is their race: Muhammad wasted no time at the starting line, overtaking the two racers to her right and setting herself up for a strong finish. But McLaughlin slowly closed the gap down the back stretch, finally overtaking her in the last dash toward the finish line:

Back at the Olympic Trials, McLaughlin described the relationship between her and Muhammad as not a rivalry of the truest sense.

“Iron sharpens iron,” she said. “People can call it whatever they want to call it; it’s two great athletes pushing each other to be better. There’s no animosity or hard feelings. It’s just two people trying to be their best. We wouldn’t be able to have these world records go back and forth without one another.”

They showed nothing but respect following the race:

McLaughlin may have won gold, and Muhammad silver, but there were no losers in this race — only winners, especially those who got to watch their race.