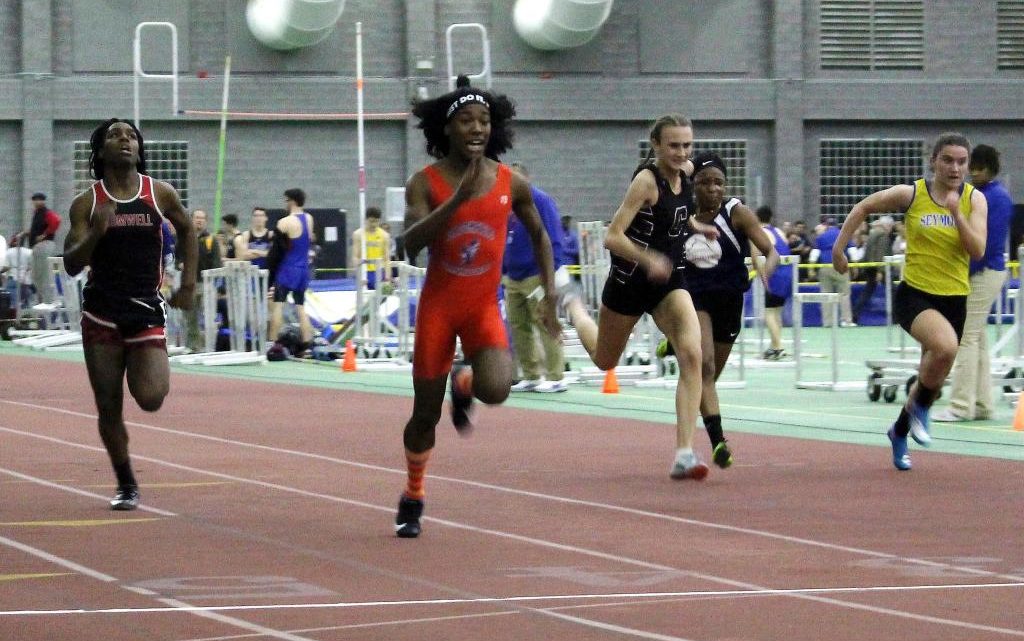 US: Transgender sports inclusion violates others’ rights – The Denver Post

HARTFORD, Conn. — Connecticut’s policy allowing transgender girls to compete as girls in high school sports violates the civil rights of athletes who have always identified as female, the U.S. Education Department has determined in a decision that could force the state to change course to keep federal funding and influence others to do the same.

A letter from the department’s civil rights office, a copy of which was obtained Thursday by The Associated Press, came in response to a complaint filed last year by several cisgender female track athletes who argued that two transgender female runners had an unfair physical advantage.

The office said in the 45-page letter that it may seek to withhold federal funding over the policy, which allows athletes to participate under the gender with which they identify. The policy is a violation of Title IX, the federal civil rights law that guarantees equal education opportunities for women, including in athletics, the office said.

It has “denied female student-athletes athletic benefits and opportunities, including advancing to the finals in events, higher level competitions, awards, medals, recognition, and the possibility of greater visibility to colleges and other benefits,” according to the letter, which is dated May 15.

The Connecticut Interscholastic Athletic Conference says its policy complies with a state law barring schools from discriminating against transgender students.

“Connecticut law is clear and students who identify as female are to be recognized as female for all purposes — including high school sports,” the athletic conference said in a statement. “To do otherwise would not only be discriminatory but would deprive high school students of the meaningful opportunity to participate in educational activities, including inter-scholastic sports, based on sex-stereotyping and prejudice sought to be prevented by Title IX and Connecticut state law.”

The federal decision carries implications beyond Connecticut, said Roger Brooks, an attorney for the Alliance Defending Freedom, which represents the girls who brought the complaint.

“Around the nation, districts are going to want to be reading this, because it does have legal implications,” he said. “It is a first decision from the agency charged with enforcing Title IX addressing the question of whether males on the playing field or on the track are depriving girls of opportunities consistent with Title IX.”

The decision by the civil rights office names the conference, along with the school districts for which the transgender runners and those filing the complaint competed — Glastonbury, Bloomfield, Hartford, Cromwell, Canton and Danbury.

The office said it will “either initiate administrative proceedings to suspend, terminate, or refuse to grant or continue and defer financial assistance” to the conference and those districts or refer the cases to the U.S. Department of Justice.

In its letter, the civil rights office said that it notified the athletic conference and the school districts of its pending decision in February, but that later negotiations failed to result in an agreement.

“All that today’s finding represents is yet another attack from the Trump administration on transgender students,” said Chase Strangio, deputy director of the funding initiative Trans Justice.

“Trans students belong in our schools, including on sports teams, and we aren’t backing down from this fight,” Strangio said.

The dispute, already the subject of a federal lawsuit, centers on two transgender sprinters, Terry Miller and Andraya Yearwood, who have frequently outperformed their competitors, winning a combined 15 girls state indoor or outdoor championship races since 2017, according to the lawsuit.

The American Civil Liberties Union’s lawyers for the transgender athletes have argued both are undergoing hormone treatments that have put them on an equal footing with the girls they are competing against.

Brooks said he hopes the judge in the lawsuit will take the Education Department decision into consideration.

One of the plaintiffs, Chelsea Mitchell, won two state indoor title races over Miller this year.

Mitchell, a senior, said Thursday that she is both happy and relieved by the Department of Education’s decision.

“It feels like we are finally headed in the right direction, and that we will be able to get justice for the countless girls along with myself that have faced discrimination for years,” she said. “It is liberating to know that my voice, my story, my loss, has been heard; that those championships I lost mean something.”

The plaintiffs sought to block the participation of Miller and Yearwood, both seniors, from spring track meets, which were later canceled because of the COVID-19 pandemic. They were also seeking to erase all records set by the transgender athletes.

Connecticut is one of 18 states, along with Washington, D.C., that allow transgender high school athletes to compete without restrictions, according to Transathlete.com.

Several other states have polices barring the participation of transgender athletes, and Idaho recently became the first to pass a law banning transgender women from competing in women’s sports.

The ACLU and Legal Voice filed a federal lawsuit contending that law violates the U.S. Constitution because it is discriminatory and an invasion of privacy.