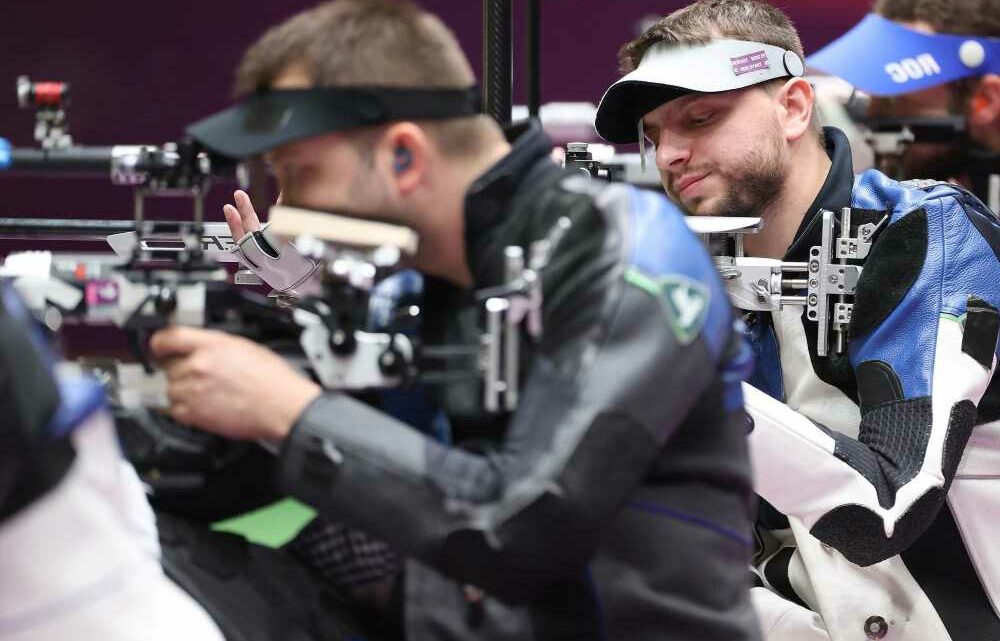 This Olympian shot himself in the foot – by hitting his opponent’s target.

Ukrainian shooter Serhiy Kulish, ranked second in the world, claimed a wardrobe malfunction led him to commit the blunder that caused him to miss the chance to medal at the Tokyo Games.

The not-so-sharpshooter, who won a silver in the 10-meter rifle event at the 2016 Rio Games, sailed into Monday’s final of the 50-meter as he chased a second Olympic medal.

Kulish was in fourth place after 30 shots as eventual winner Zhang Changhong of China led the eight-shooter group for much of the final.

But in the seventh series, he became the first of eight shooters to be eliminated after his 35th shot misfire was deemed to be worth zero.

“The button on my jacket came undone and I felt some discomfort, but time passed and I had to make a shot so I didn’t notice that I was already aiming for someone else’s target,” he said.

Kulish said he had limited training opportunities before the Games.

“I have a shooting range in my city, but it only has five targets so it is impossible to hold competitions there,” the resident of Cherkasy said.

Why is Tucker Carlson in Budapest?
World News