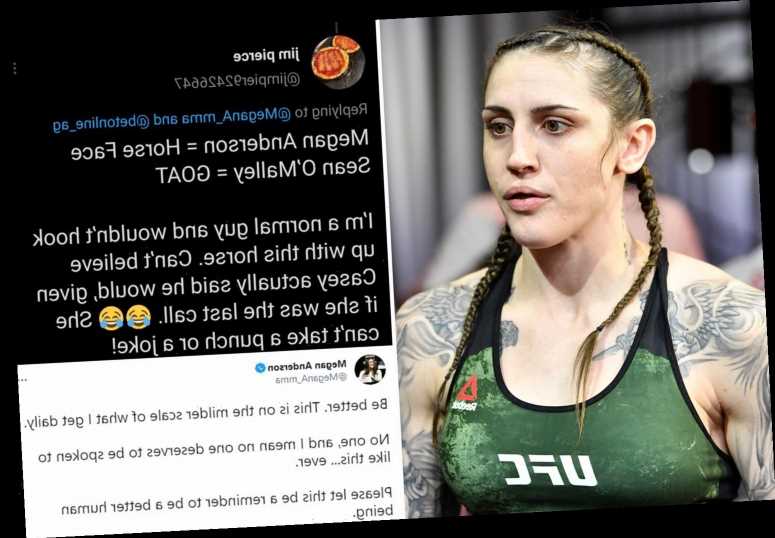 The 31-year-old was labelled 'horse face', the type of vile comments she says she receives on a daily basis. 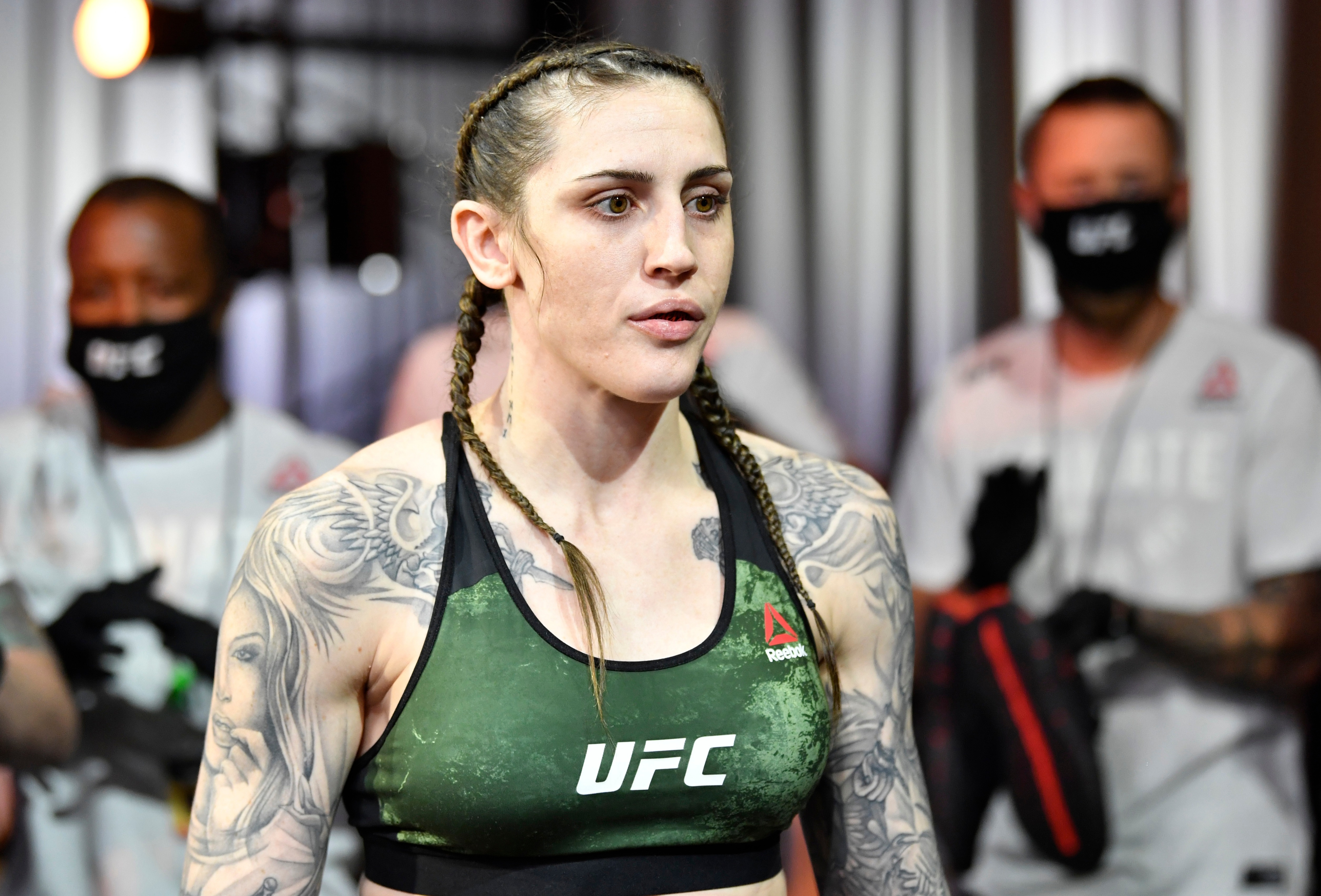 "Can't believe Casey actually said he would, given if she was the last call. She can't take a punch or a joke!"

She then responded with a screenshot of the vile tweet, before adding: "Be better. This is on the milder scale of what I get daily. No one, and I mean no one deserves to be spoken to like this… ever.

"Please let this be a reminder to be a better human being."

Not content with her response, another bizarre user then strangely accused her of 'double standards'.

They said: "You try to get someone cancelled from saying they wanna smash yet you post pics in your underwear.

"Double standards and quick exits in the octagon are the reasons your ass gets hate."

"This 'she asked for it' mentality is incredibly toxic."

The shocking abuse came just two days after Anderson had tweeted a simple message to her 142,000 followers.

She said: "It costs nothing to be kind."

Anderson has documented her battles with mental health in the past, which include being discharged from the army and attempting to take her own life.

Earlier this month, she fought for the UFC featherweight title, losing out to champion Amanda Nunes.

The Australian challenger was submitted by the ruthless Brazilian in the first round to end a run of back-to-back victories.

Daily numerology: What the numbers mean for you today Sunday April 4