Home » Sport » UFC 268: Ian Garry 'fine' with Conor McGregor comparisons but insists he has his own 'plan and goals' ahead of MSG debut 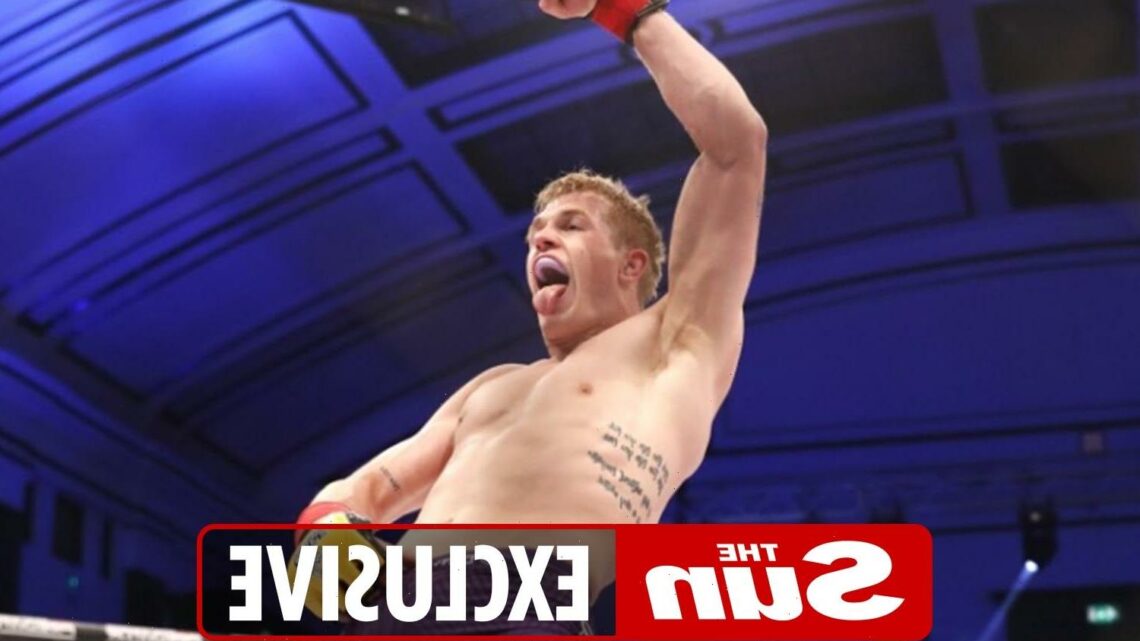 UFC 268: Ian Garry 'fine' with Conor McGregor comparisons but insists he has his own 'plan and goals' ahead of MSG debut

IAN GARRY insists he's 'fine' with being compared to the biggest MMA fighter of all time – but Ireland's latest UFC prospect plans to show the world he's a lot more than the 'next Conor McGregor'.

The Emerald Isle's brightest prospect will make his eagerly-anticipated UFC debut early on Sunday morning on a stacked card at Madison Square Garden. 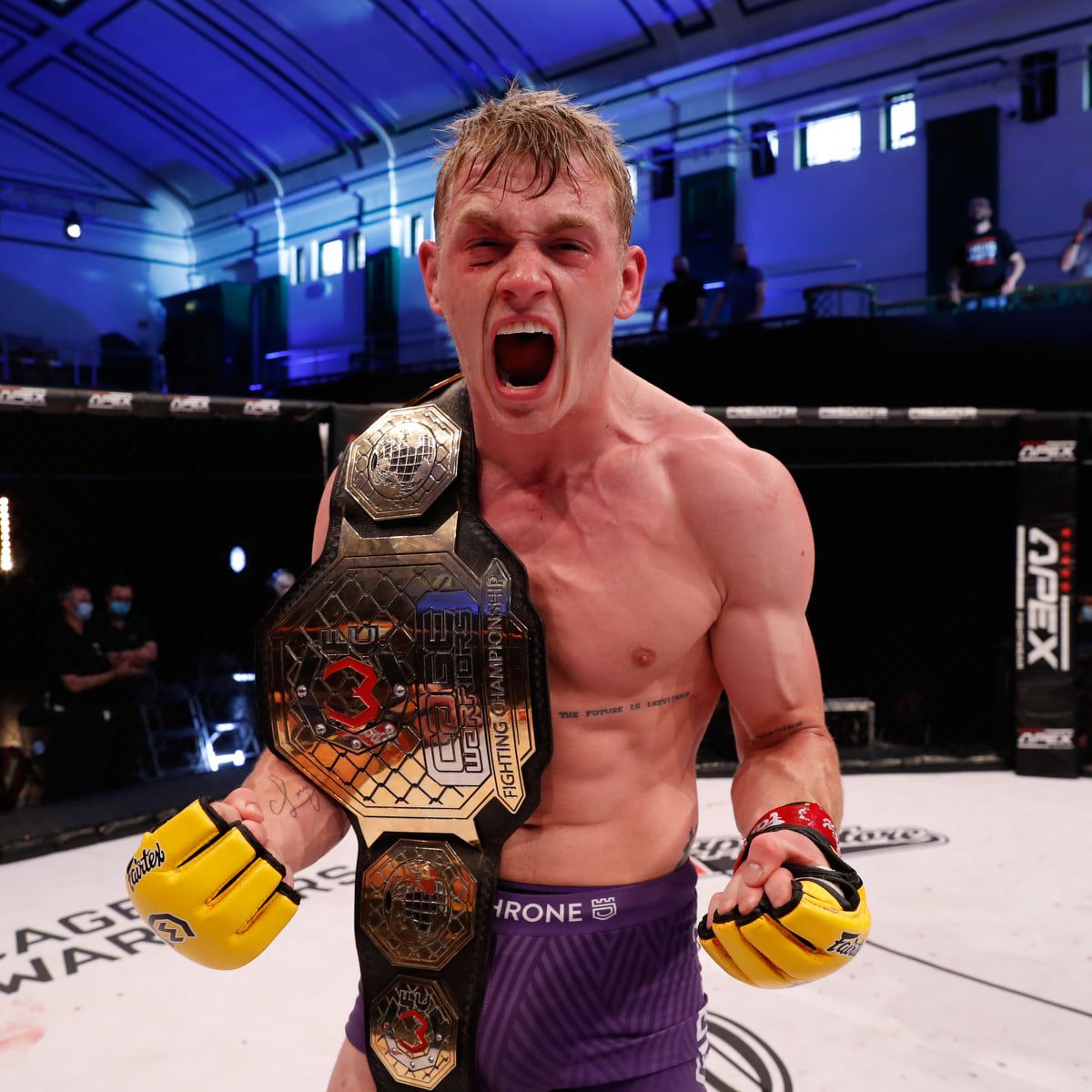 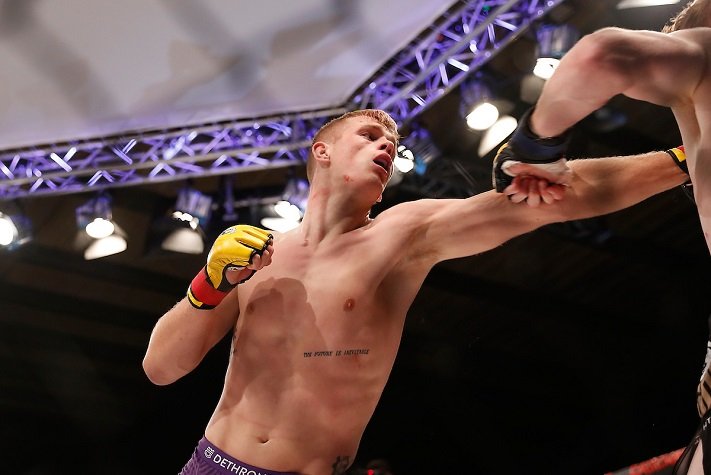 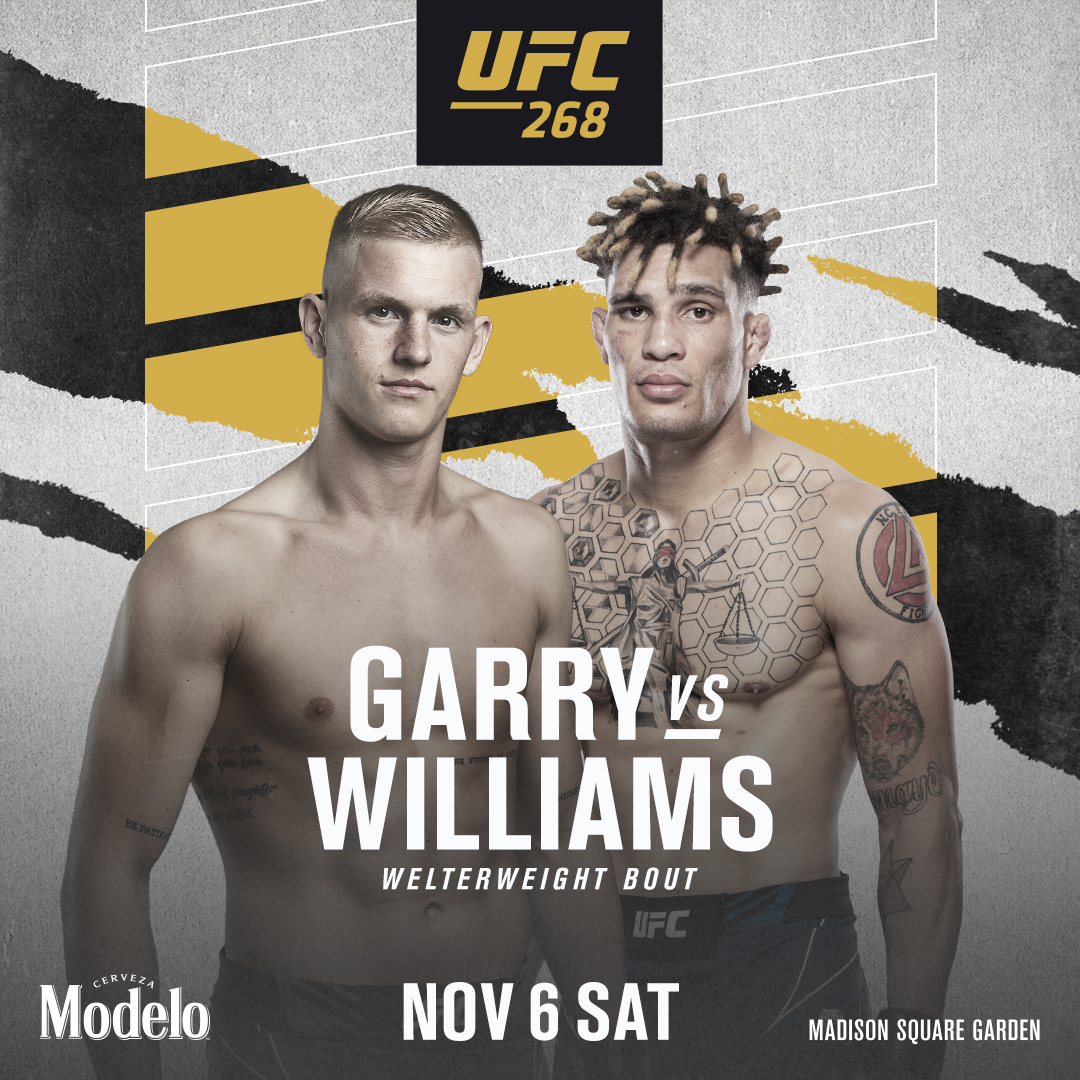 Hailing from Dublin and being a confident and precise striker has inevitably seen Garry compared to The Notorious – a fighter he holds in the highest regard.

The Future told SunSport: "I absolutely understand where people are coming from in the sense that, 'Oh, he's the next Conor McGregor.'

"But that's only because I'm from Dublin, Ireland. That's literally it.

"You don't say that about every American that walks in. Do you know what I mean? Who fights. It's, 'Oh, he's trying to be the next big thing.'

"There's been one Conor and he's done the most in the UFC in regards to popularity, money, brought eyes to [the sport].

"It's not a secret Conor has had the biggest effect on the UFC. He's brought the most eyes to it, he's done the most shows.

"I think four of the top-five pay-per-views are Conor's. The man's insane. What he did is unbelievable.

"But don't get me wrong, I have my plan, I have my goals. I know what's coming.

"But if people want to compare me to someone who has had the biggest effect and the biggest change on the sport in regards to just bringing eyes on it, I don't mind being that guy.

"And I don't mind if I they [want me to] be the poster boy and they're looking for someone to hold a mantle as such."

Just like McGregor did in his legendary featherweight run, Garry has no doubt in his mind he'll reach the pinnacle of mixed martial arts.

He declared: "I know the level I'm going to reach. So I want to go out there and put on a show every single time.

"But I want to go out there and give 110 per cent every single time so that I never disappoint myself and people who have come and paid [to see me]."

Long before he dropped out of school to pursue his dream of fighting in the UFC, Garry was confident of making it to the promised land of mixed martial arts.

That confidence, however, wasn't shared by his mother – who wrote him a letter doubting his lofty aspirations. 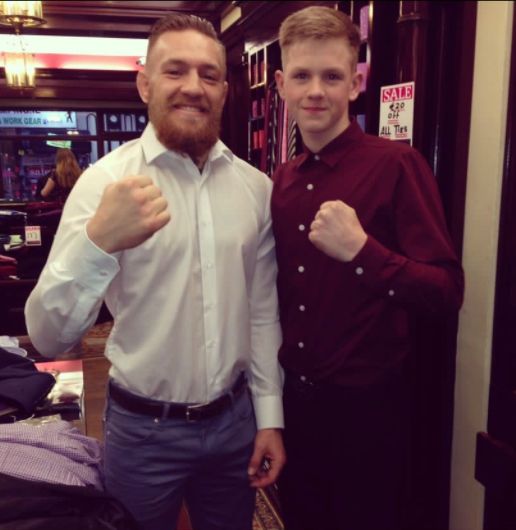 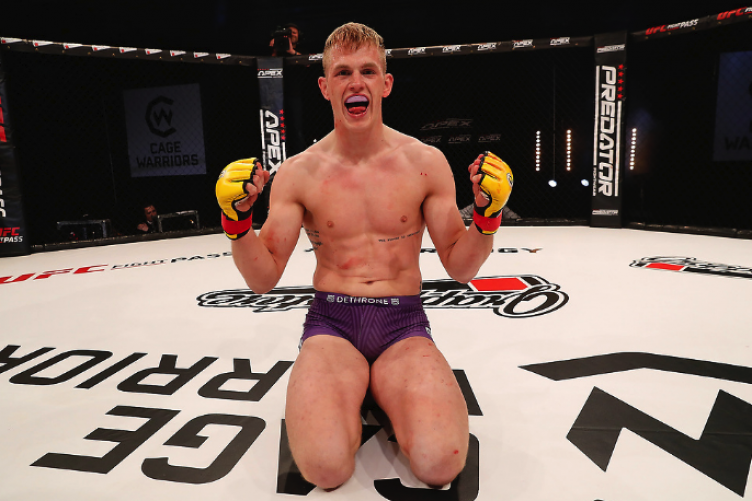 But the excitement of the Garry family, mother included, is palpable ahead of Sunday morning.

"Once I put my mind to something, it's done. I'm gonna make sure I do it. That's the way I am. They've been behind me and they've been excited for every fight since."

He added: "They're super excited. They're obviously furious that they can't be here in New York."

Garry called his shot at the big time long before he got his hands on Cage Warriors gold, but even he was surprised the UFC call – which came hours after he beat Jake Grant to claim the 170lb strap – came so quickly.

He admitted: "I didn't think it would be that fast. I just won a world title and now the next morning I'm waking up, I'm in the airport in a wheelchair because my knees are sore.

"And now, a UFC contract is getting sent to me. I was like, 'Ohh, this is sick.' It was so overwhelming.

The shock of the quick call-up aside, Garry firmly believes he belongs in the big time.

He said: "It feels right, it feels right. Like I should be here. But I've also worked my a**e off to get here.

"This has been years of hard work, sacrifice and dedication to get to this point. 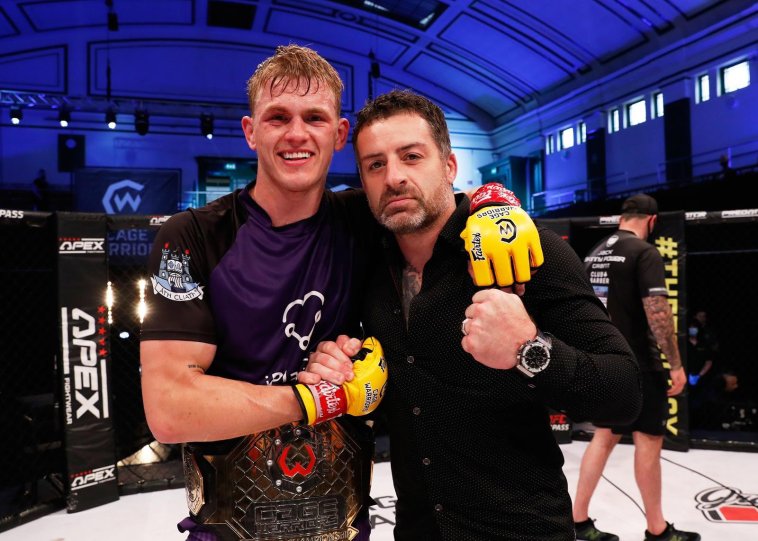 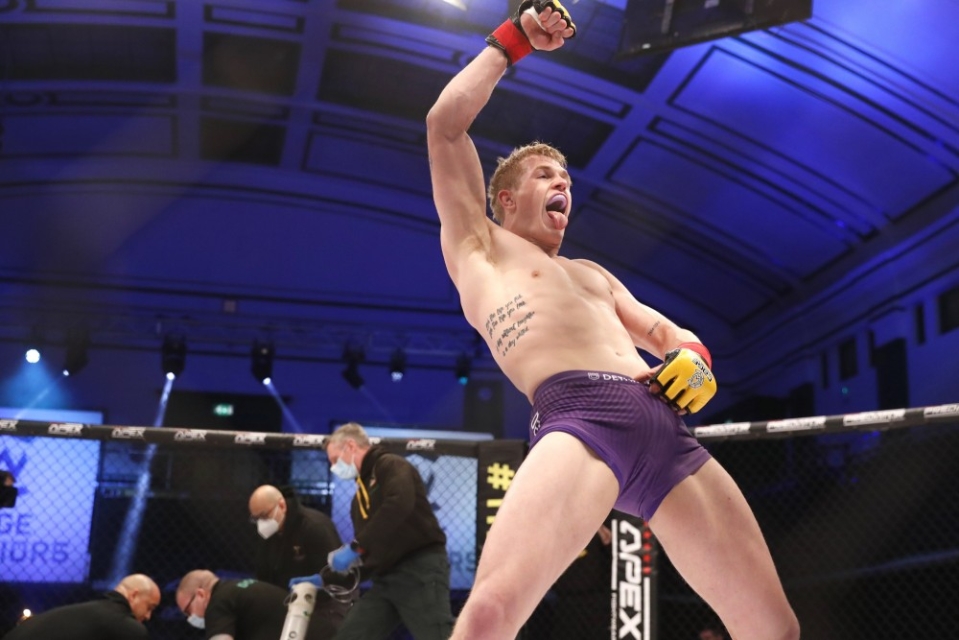 "To be one of the per cent of the one per cent who signs to the UFC and fights on the Madison Square Garden card.

"But it's also a case of I've done stuff right. If they're putting me on this card, my whole career has obviously been right. And I'm just really f***in' excited for this weekend, man."

Standing between Garry and a successful debut at the World's Most Famous Arena is Dana White's Contender Series alum Jordan Williams, who will have a point to prove following back-to-back losses.

Although Williams' job is potentially on the line, Garry doesn't expect him to come out all guns blazing at the Garden.

He said of the American's losing streak: "I think it might make him a little bit more conservative.

"If this is your potential last fight in the UFC, you would assume someone would give it everything to make sure that they're going to go out there swinging and get a knockout.

"If it was in me and I was in his position, I'd wanna win the rounds.

"I'd want to take someone down, control them get top [position], win the round and guarantee a win and get back in a win column.

"But I'll never have to be in that position because I'm gonna go out there and beat everyone up and do it with ease."

The eyes of the mixed martial arts world – in particular the European sphere – will be firmly glued to the UFC 268 prelims to see if Garry can usher in a new era of Irish MMA at the most iconic arena in combat sports.

And he plans on doing so the only way he knows how – emphatically.