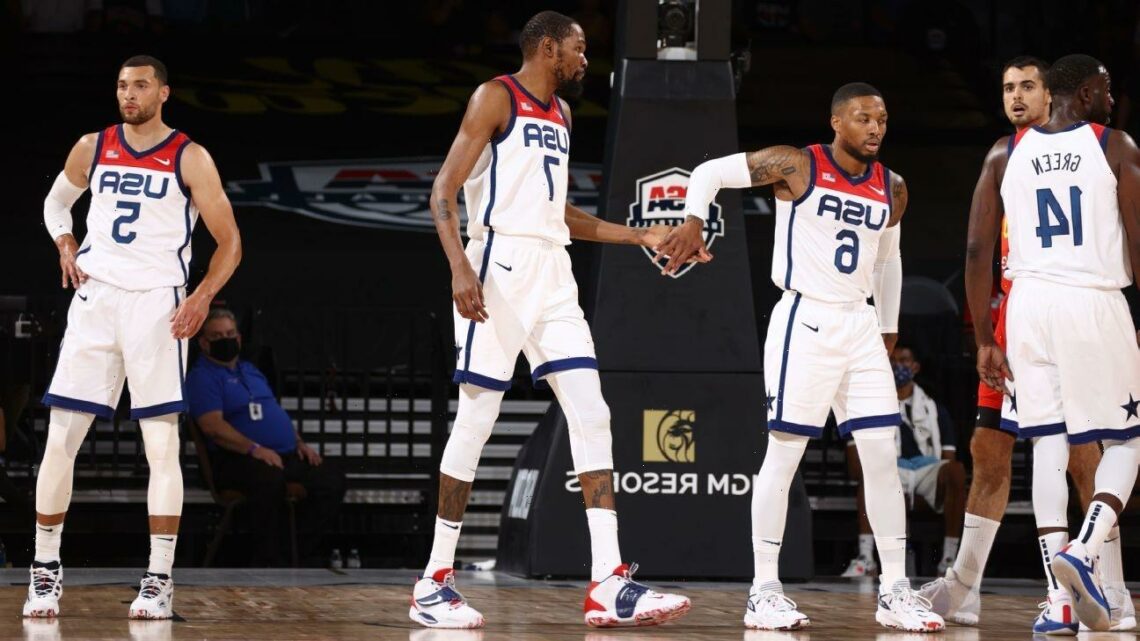 LAS VEGAS — Team USA built some needed momentum for the Olympics with a quality win over current world champion Spain, 83-76, Sunday night in their final exhibition game before heading to Tokyo.

After falling behind by as many as nine points in the first half, Team USA showed off his shooting muscle in a second half and started to resemble the type of squad coach Gregg Popovich envisioned when picking the roster.

Kevin Durant, Damian Lillard and Zach LaVine combined for nine 3-pointers and Keldon Johnson, who was promoted to the senior team Friday after Kevin Love’s departure, immediately showed how fresh and young legs can make a difference.

Johnson, who plays for Popovich’s San Antonio Spurs, scored 15 points on 7 of 9 shooting and was a team-best +18 as his aggression in running the floor and within the offense stood out. The large crowd at Mandalay Bay rewarded Johnson with an ovation after he checked out in the fourth.

LaVine, who like Johnson has the advantage of having more rest because his Chicago Bulls missed the playoffs, also showed great energy as he has through the last two weeks in Vegas. Though he sometimes has drawn Popovich’s ire with defensive lapses, his athleticism is needed and it showed with two more power dunks on his way to 13 points.

The Americans are dealing with an array of challenges from losing Bradley Beal and preparation time because of COVID-19, to fatigue from the compacted season that has affected their conditioning to a lack of depth as three core players are playing in the Finals.

It’s left them not looking like any national team of the modern era and it has shown this last week in Vegas, where they went 2-2 and rarely looked like the overwhelming gold medal favorites they have been installed as.

They don’t have the personnel or the manpower to play the up-tempo attack that former coach Mike Krzyzewski made a trademark in winning the past three golds at least not until re-enforcements arrive. Their pace at times is downright slow, leaving them to rely on players unfamiliar with each other to react and read in the halfcourt.

But they do have firepower as Durant ended with 14 points and Lillard added 19, those two have carried the team’s offense.

The Americans open Olympic pool play Sunday against France in Saitama, outside Tokyo. Depending on when the Finals end and travel schedules, they could play that game with just nine players.