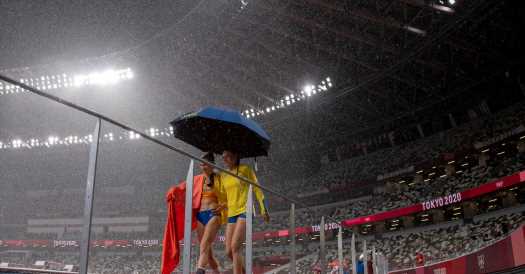 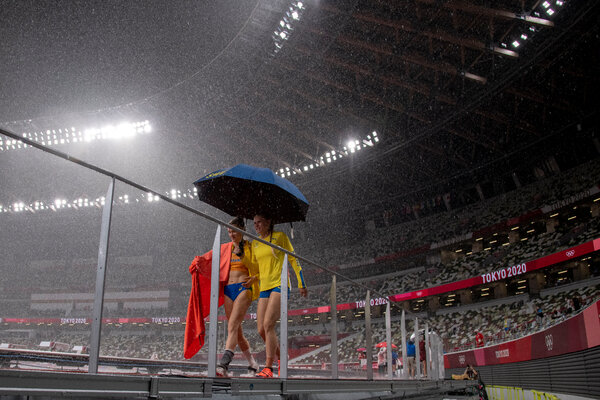 Here are some highlights of U.S. broadcast coverage on Monday night. All times are Eastern.

BEACH VOLLEYBALL With the men’s team out, April Ross and Alix Klineman will compete to keep the U.S. represented in beach volleyball with a quarterfinal match against Germany. Coverage begins on NBC Primetime at 8 p.m.

TRACK AND FIELD The Americans Brittney Reese and Tara Davis contend for gold in the women’s long-jump final, which starts live at 9:50 p.m. on NBC. In the men’s 400-meter hurdles, at 11:20 p.m., Rai Benjamin of the United States looks to get ahead of Karsten Warholm of Norway, the current world-record holder.

GYMNASTICS Jade Carey from Team U.S.A. goes for gold in the women’s floor final, competing against gymnasts including Rebeca Andrade of Brazil and Angelina Melnikova of Russia, at 9:30 p.m. on NBC Primetime.

WRESTLING NBCOlympics.com will livestream the men’s and women’s matches. At 11:20 p.m., Kayla Miracle will take on Long Jia of China to try to advance to the freestyle 62-kilogram quarterfinals.

BASKETBALL A’ja Wilson and the U.S. women’s team take on France at 11 p.m. on NBC Sports Network. At 12:40 a.m., Peacock will air the men’s quarterfinal game against Spain.

WATER POLO USA Network will broadcast the quarterfinal match between the U.S. women’s team and Canada at 1 a.m.

SAILING Riley Gibbs and Anna Weis compete for gold in the mixed multihull — Nacra 17 competition on NBCOlympics.com at 2:30 a.m.

Sporting Life: At a skilful Games there is still room for spirit
World News