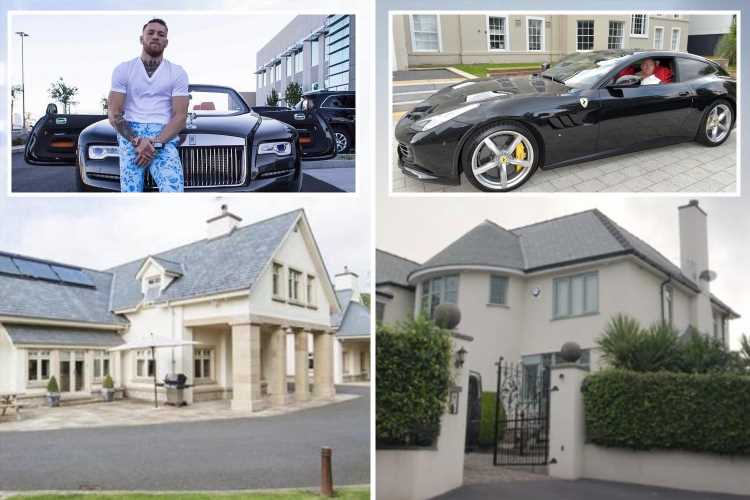 TYSON FURY and Conor McGregor have made a packet from fighting.

Yet, the Gypsy King and Notorious, both 33, have spent their money far differently. 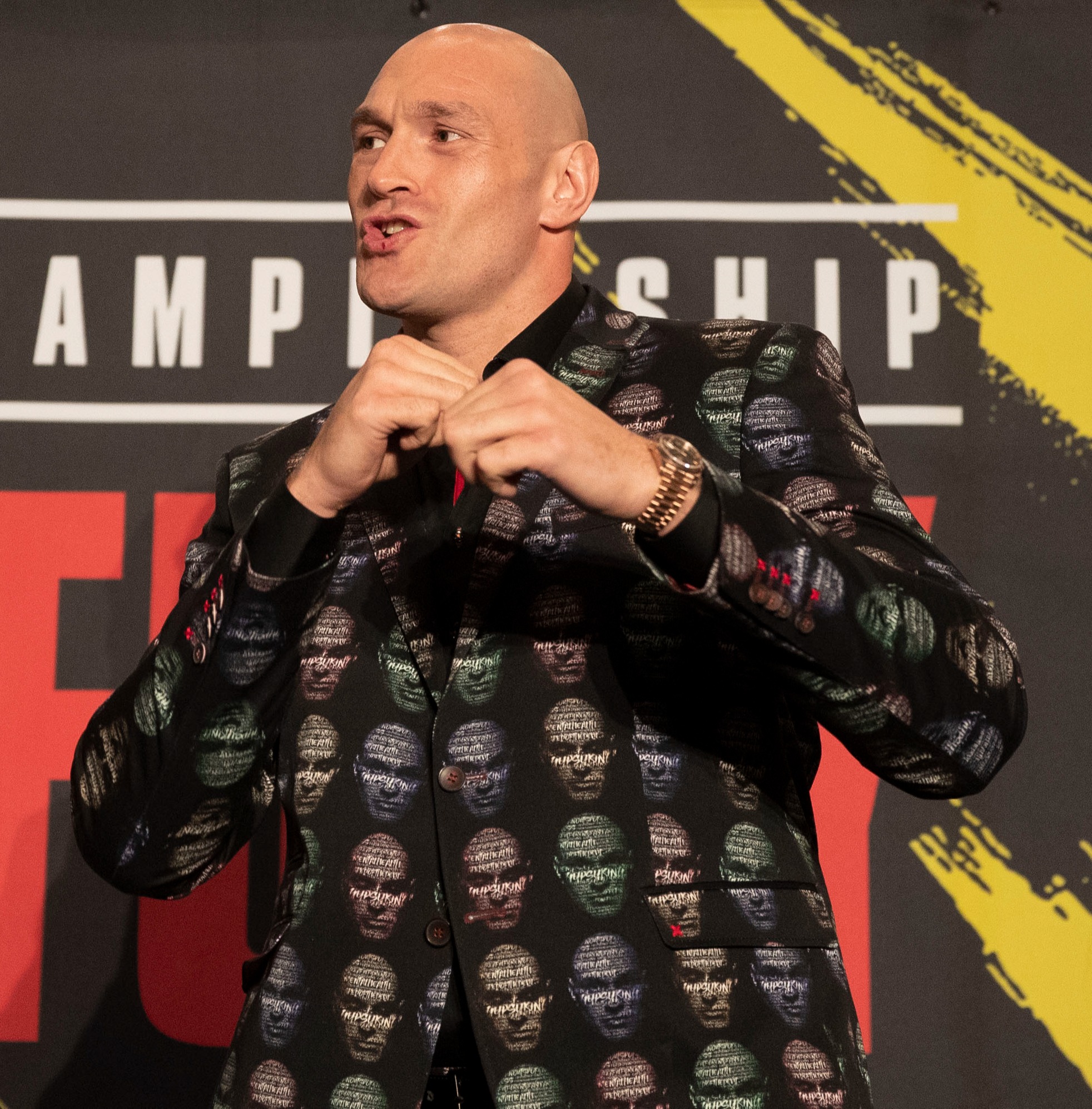 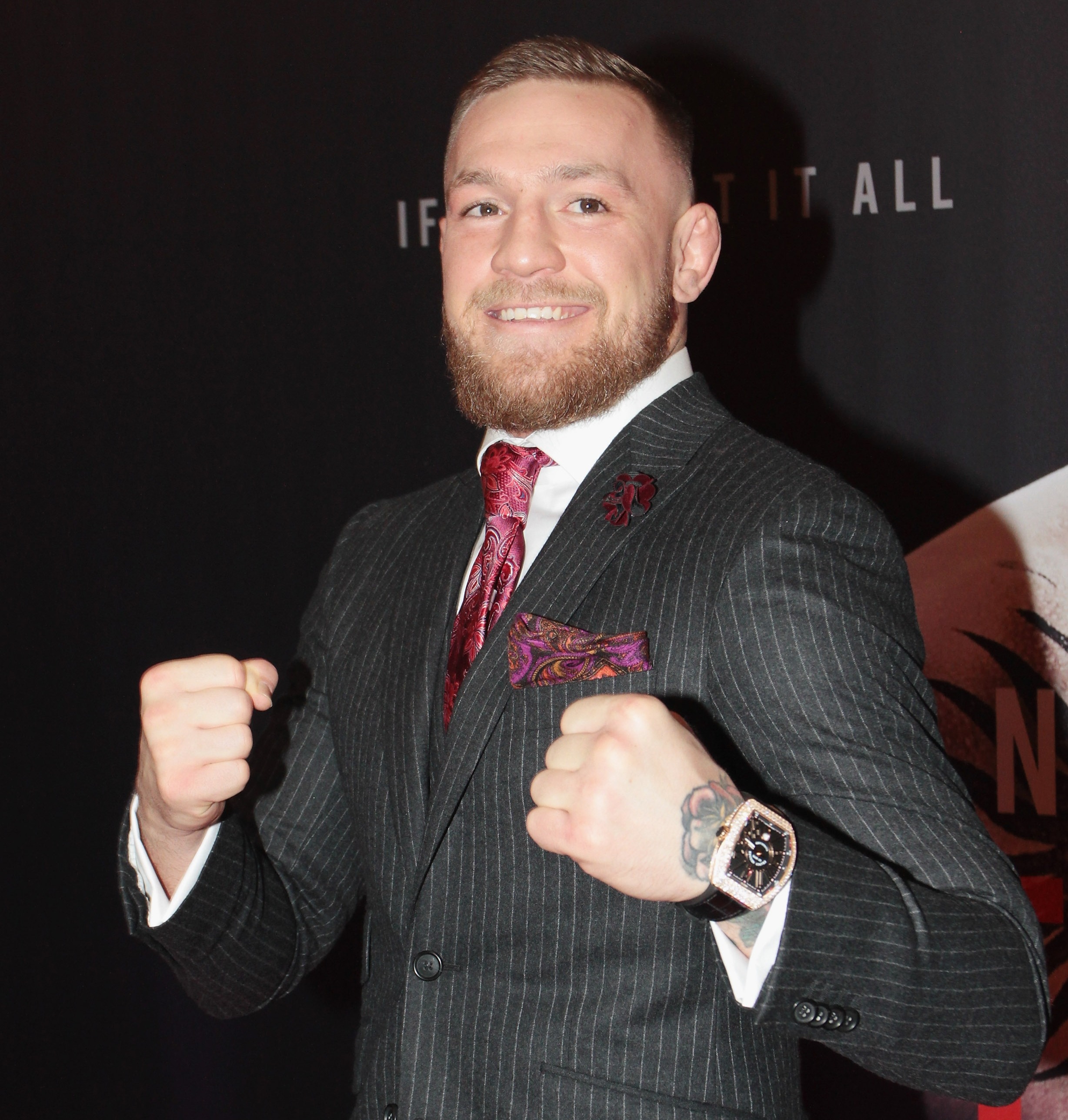 The Irish UFC star, said to have £145million in the bank, is happy to splash the cash on lavish homes in Marbella, Lamborghini yachts and an incredible car collection.

However, WBC champion Fury – worth an estimated £50m – lives far more modestly in his hometown of Morecambe, Lancs.

Sure, he did have an impressive fleet of motors once upon a time, but Fury has also been known to zoom around the seaside resort in a 1993 £10,000 Mini Cooper.

Here's how the two compare in the lifestyle stakes.

The sleepy seaside resort Morecambe is home for Tyson Fury and has been for roughly 13 years.

He's just spent £1.7million on a new Lancashire home but beforehand was happy to live with wife Paris and their children in a five bedroom, £550,000 property.

Speaking on a three-part ITV documentary last year, he said: "People say to me, 'Why don't you live in California or America?' – why would I?

"Why would I abandon my own country for a bit of money and some fame?

"I love it. I would never leave Morecambe. It's true beauty. If the weather was better, every house here would be a million quid."

The same can't be said for former plumber's apprentice Conor, who loves spending money. He told US TV host Jimmy Kimmel as much.

"I mean you've got to enjoy it [money], right? It's only paper," McGregor told Kimmel on his chat show. 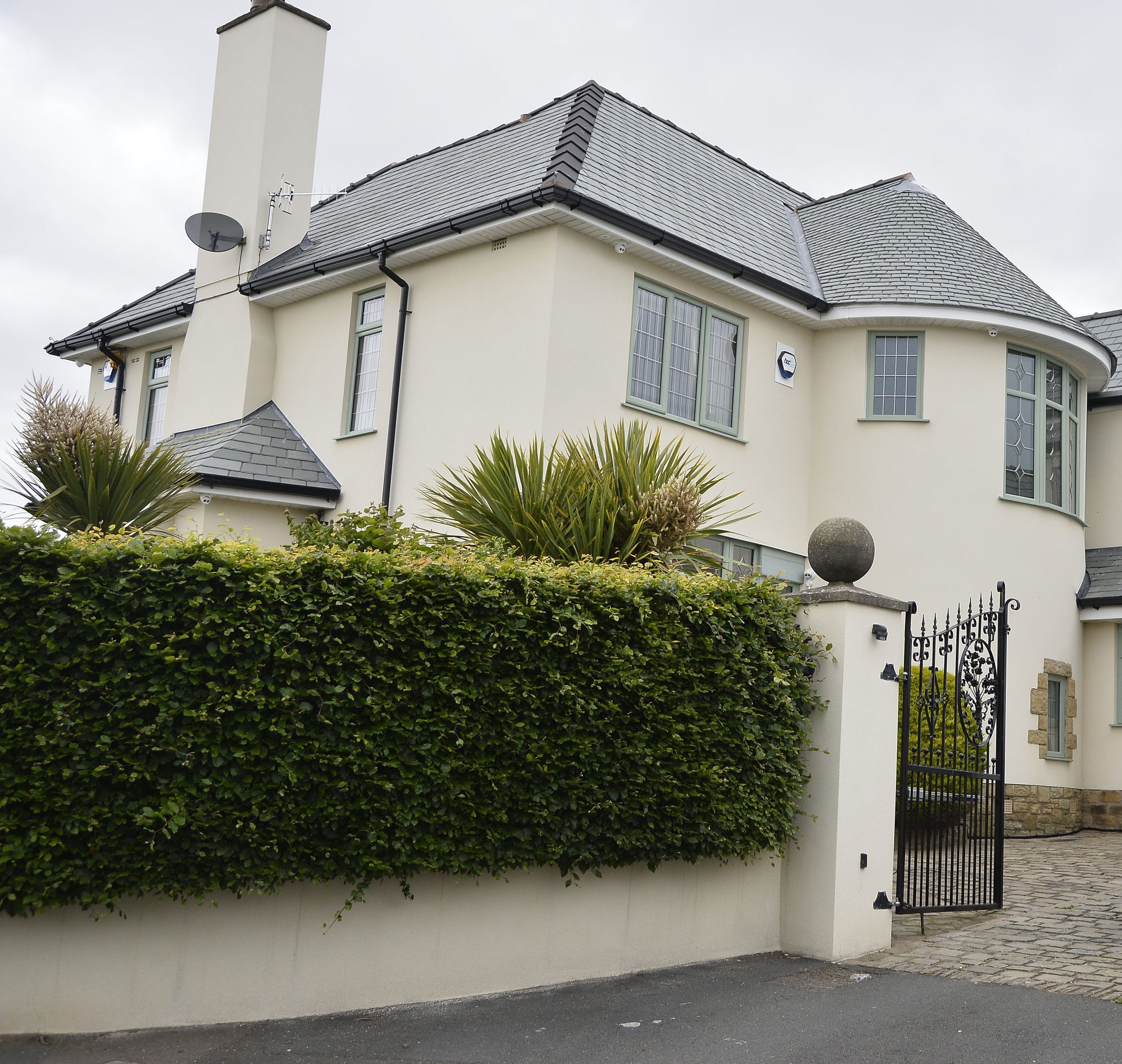 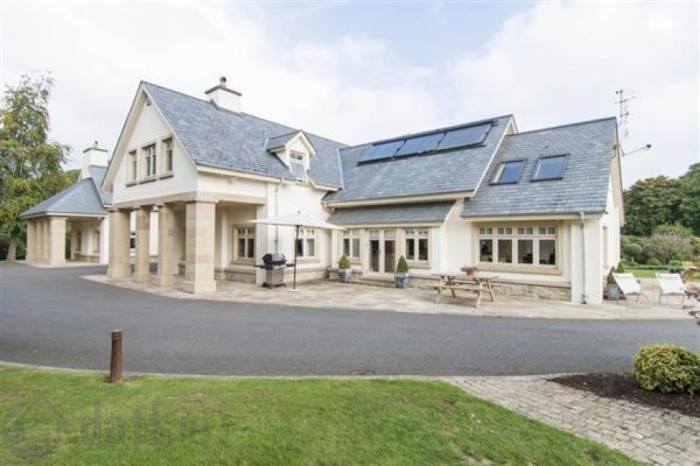 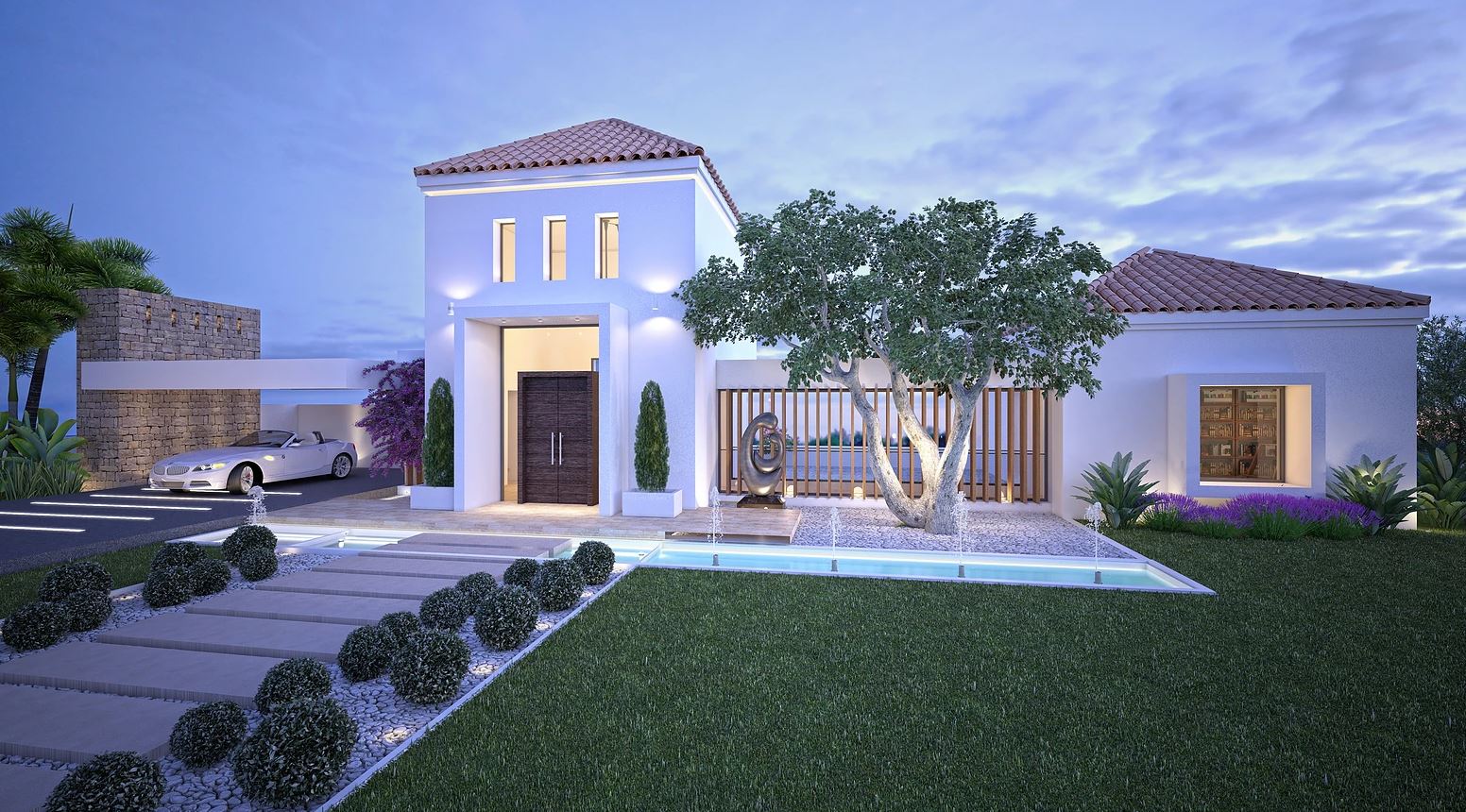 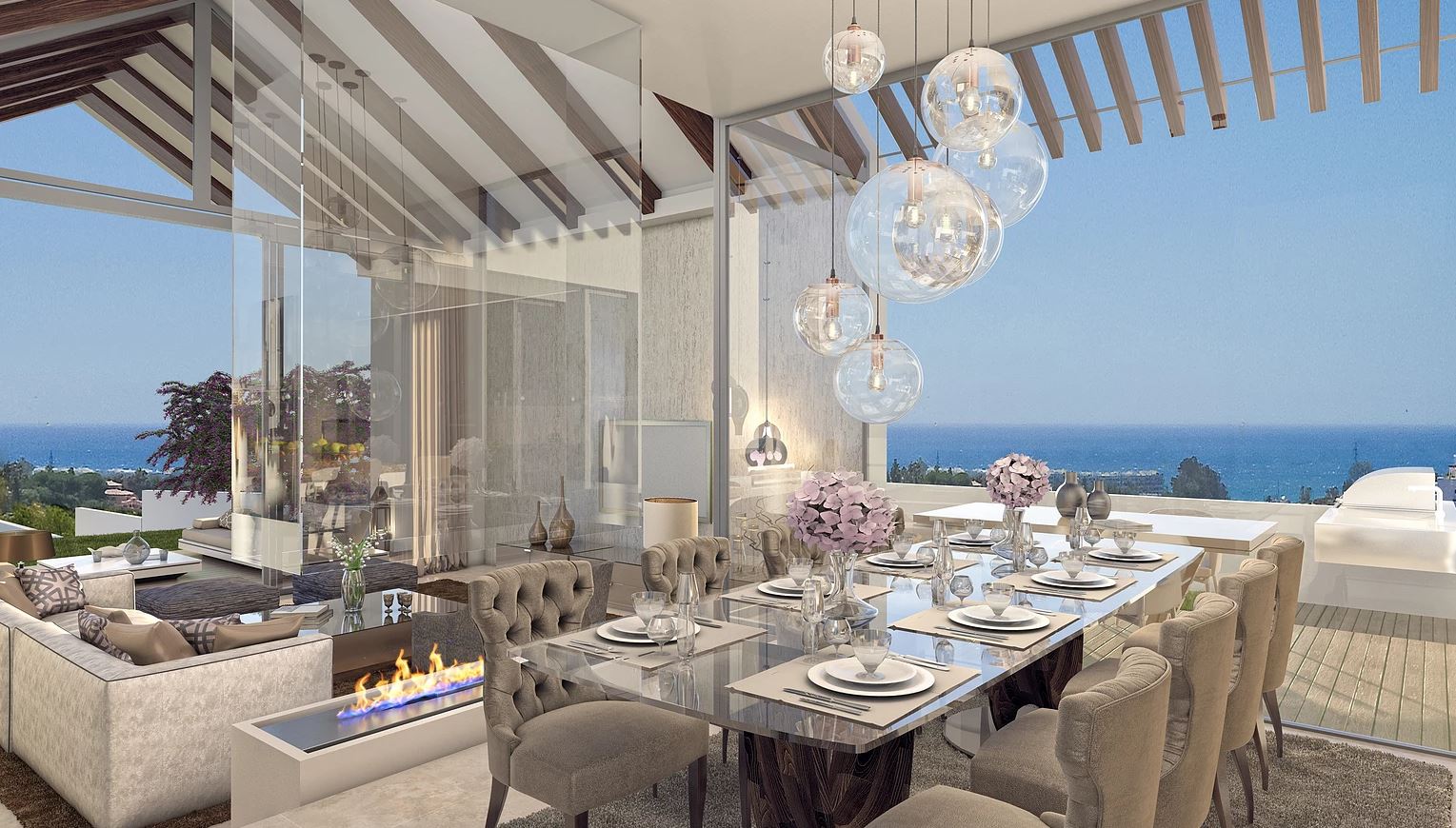 He added: "I need to stop fantasising about the materialistic things but I do enjoy them. I have to be honest with myself."

That's why, when McGregor does retire, he has the pick of three homes – in Ireland, Spain and the USA.

In 2019, he paid £2million for a beautiful five bedroom mansion in The Paddocks near Straffan, Co Kildare, that sits behind an elite gated Ladycastle community at the K Club, famed for being host to the Ryder Cup in 2006.

The MMA star also has a £1.3million holiday home in the exclusive Marbella development called The Heights, where Cristiano Ronaldo is a neighbour.

When it comes to fast cars, McGregor has some of the best around.

It is believed he has a garage worth around £3million and has been seen behind the wheel of a number of flashy motors.

In the past, he's shown off two Lamborghinis, including a £280,000 Aventador.

And least we not forget McGregor's £2.7million Lamborghini yacht, and he's believed to own a private jet. 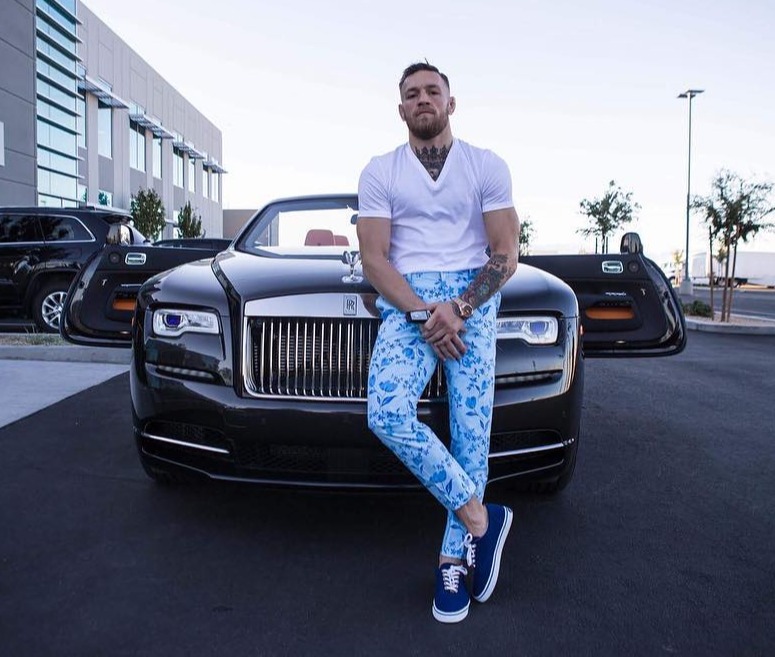 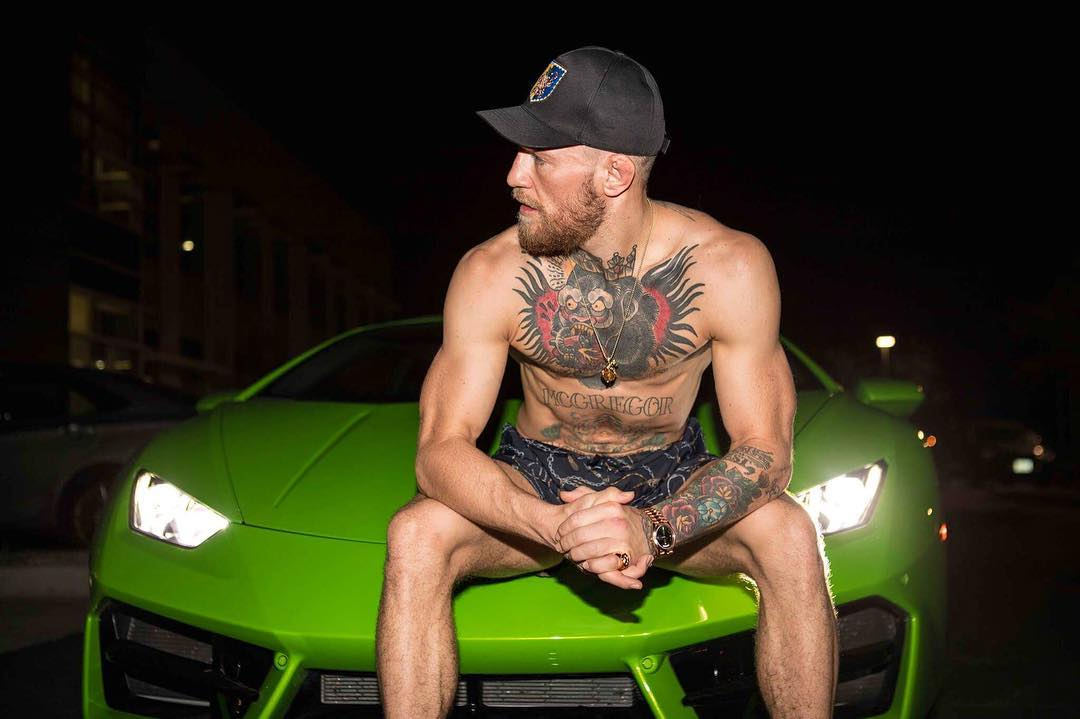 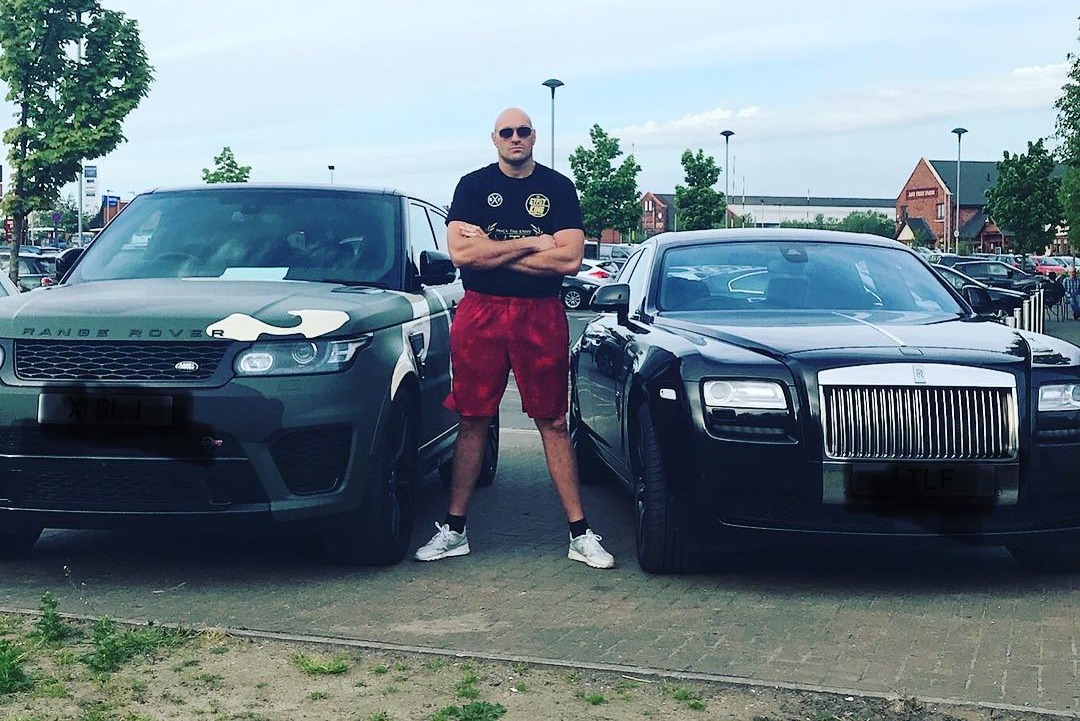 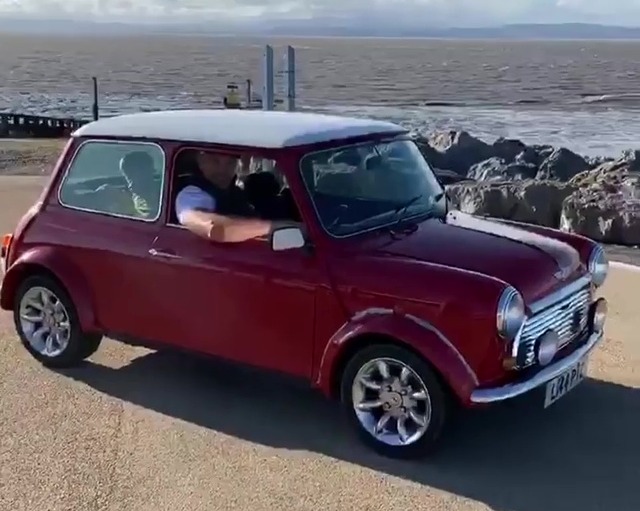 Fury has scaled down his car collection of late. He was seen behind the wheel of a £250,000 Ferrari GTC4Lusso, but seems to have ditched the Italian supercar.

He also sold his Rolls-Royces when he suffered with depression and his life spiralled out of control.

The Wythenshawe boxer even posted an emotional video on YouTube waving goodbye to a £300,000 Cullinan as it left his drive.

He claimed to have swapped it for a used Volkswagen Passat that cost him £500.

Fury has also been spied cruising around Morecambe Bay in a tiny Mini Copper valued at £10,000.

Where Fury catches up with McGregor is in the clobber he wears.

The pair share a love of a bespoke statement suit. Tyson favours a Claudio Lugli number, often with a message that he shows off at press conferences before a big fight.

McGregor too isn't afraid of saying something with his whistle, once donning a suit that had 'F*** you' written in very small writing on it.

He regularly teams up with tailor David August, who he has a fashion label with, for a new look. 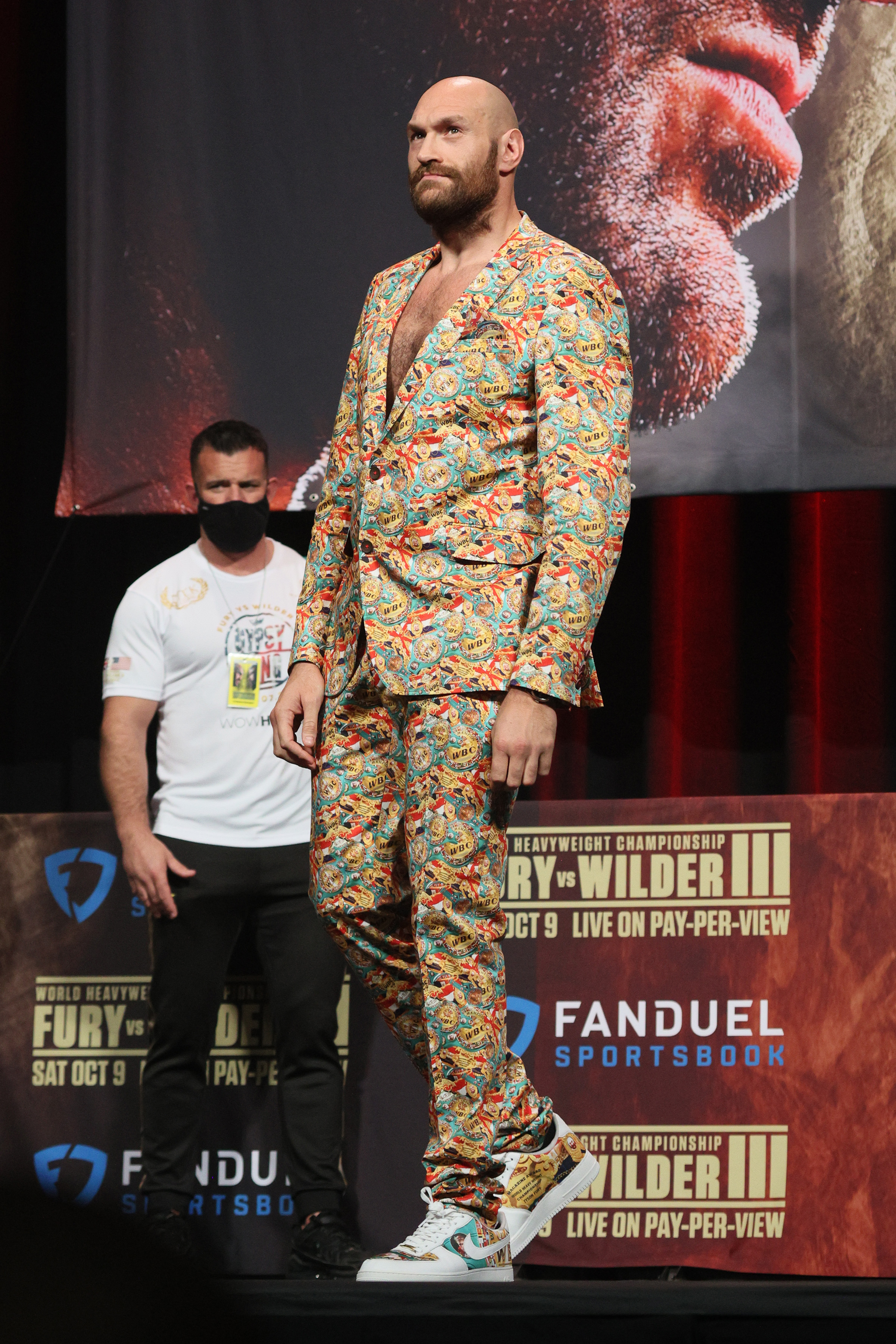 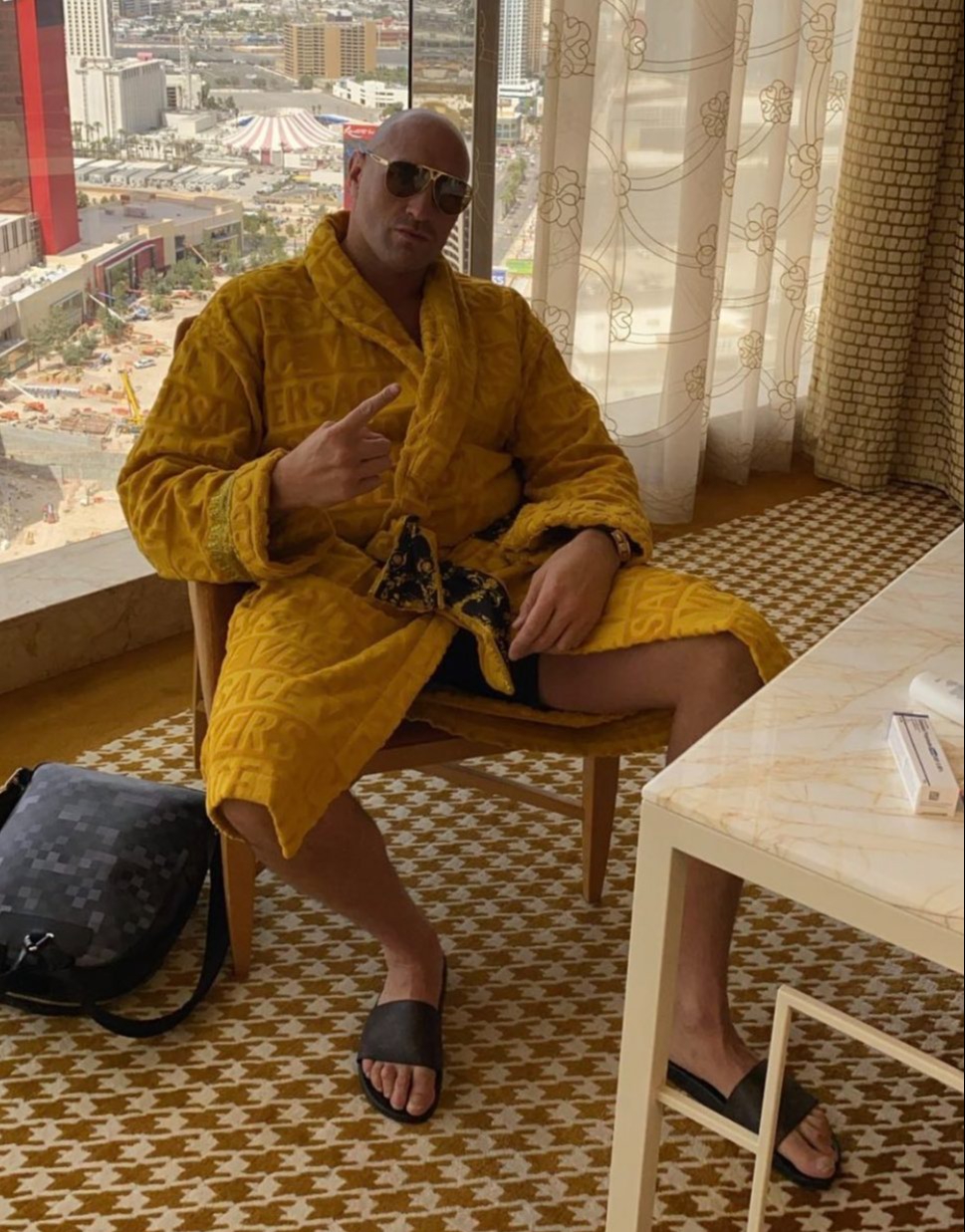 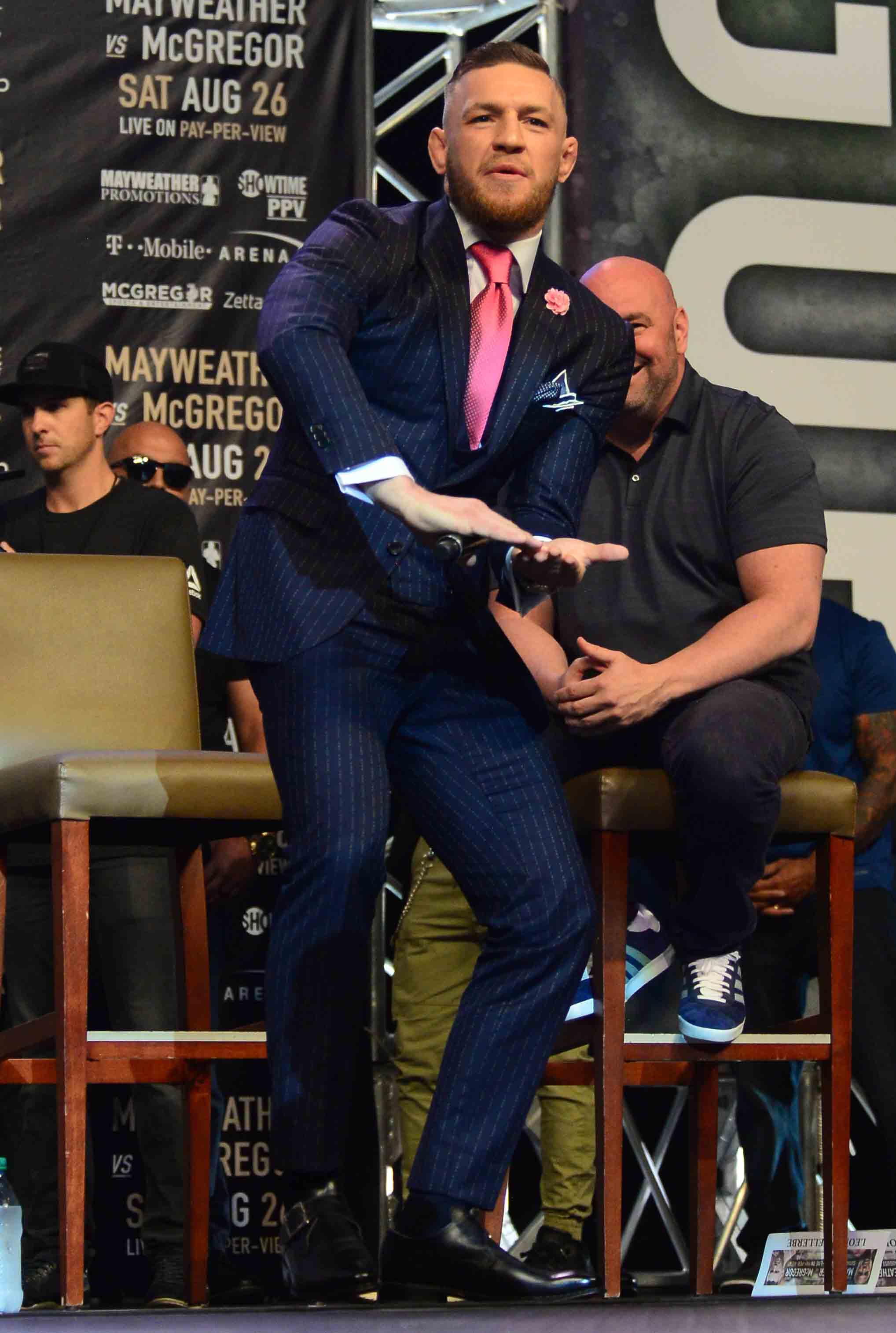 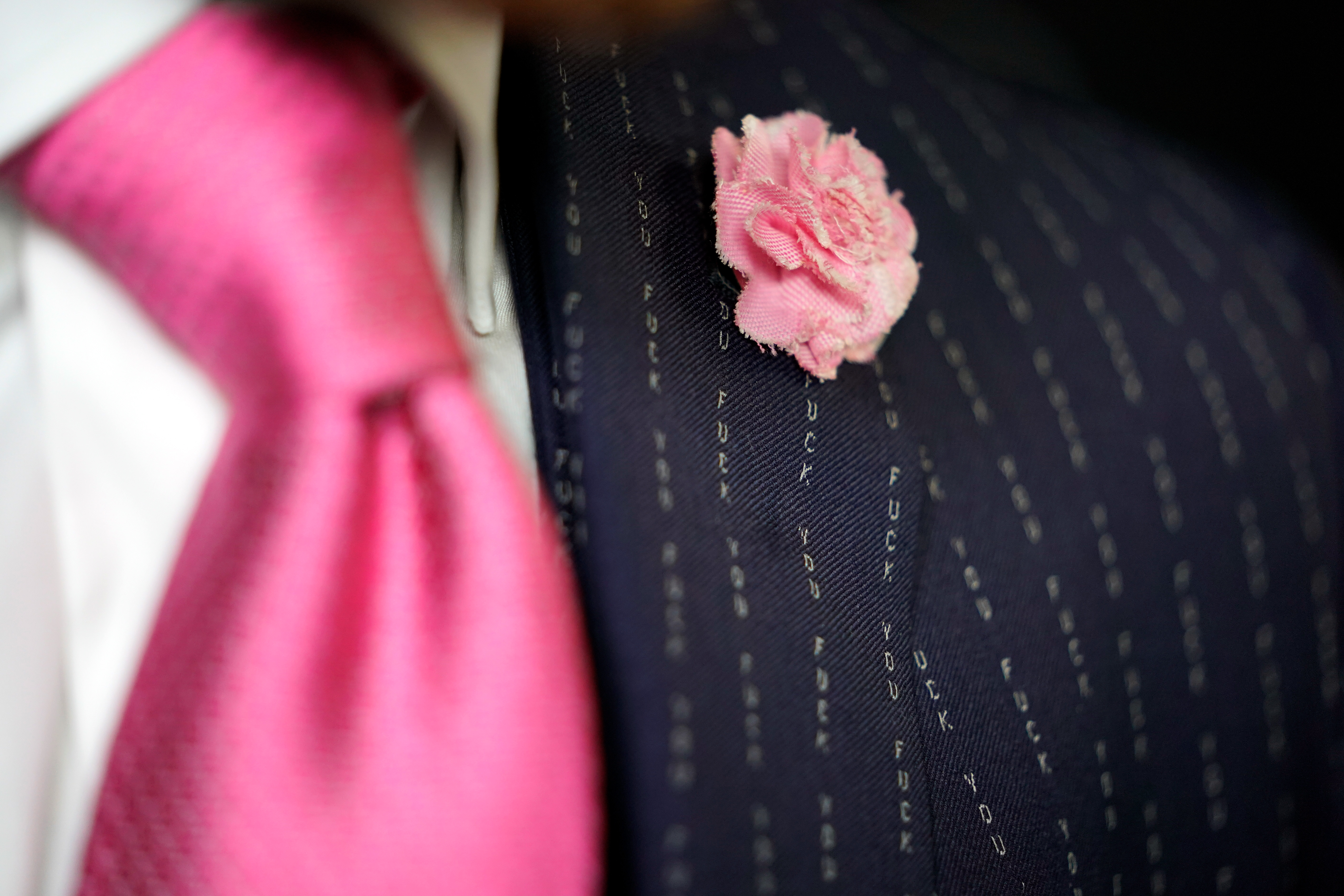 "A good suit is like a plate of armour," he once told fashion mag GQ.

Amusingly, before Fury likes to go into battle, and when he's in training camps, he lives in swanky robes.

He was seen wearing a £375 Versace dressing gown before fighting Deontay Wilder in Las Vegas, matching them with £595 Gucci slippers.

Diamonds can also be a man's best friend.

Although he's not as bling as McGregor, Fury has been spotted wearing a £500,000 Richard Mille Rose Gold watch, as well as a Rolex.

And matching that Versace robe, wrapped around his neck, he wears a diamond-encrusted necklace.

McGregor has a thing for watches too. Astonishingly, he has amassed a watch collection worth £2.2million.

He has a Jacob & Co's Astronomia Tourbillon Baguette, which is valued at a jaw-dropping £730,000.

However, it's another Jacob & Co timepiece that is his rudest. The Rasputin boasts blue hands and a naughty secret. 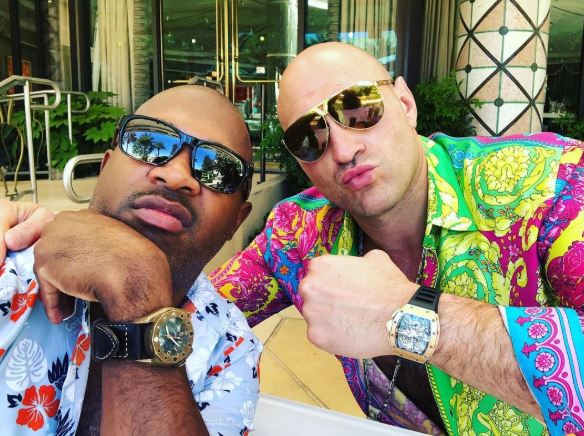 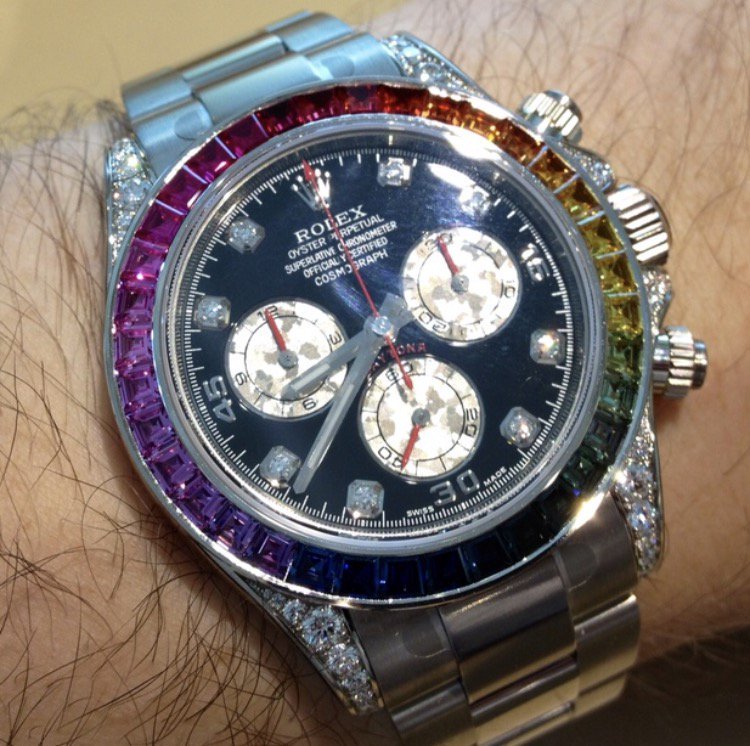 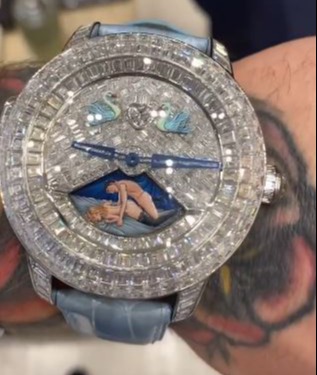 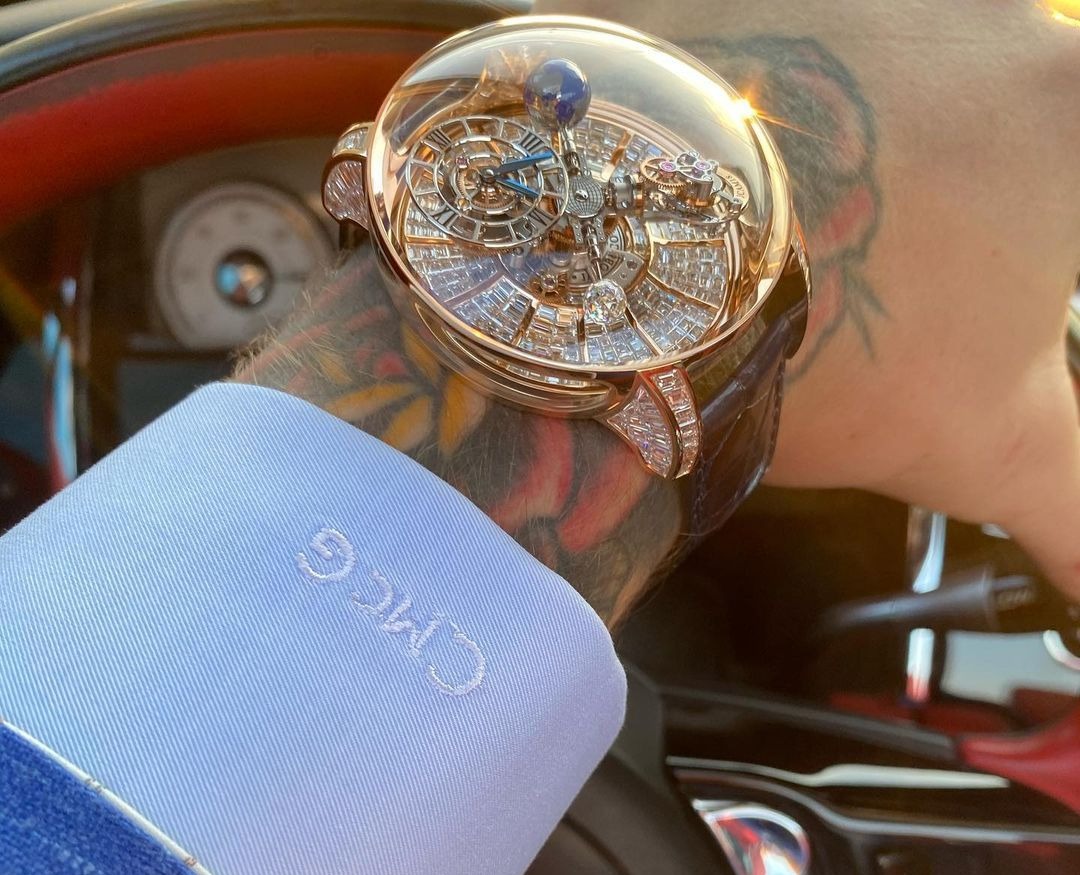 With the touch of a button, a hidden sex scene emerges from behind a shimmering door.

Fury and McGregor were in long-term romances before they became household names.

Dee Devlin met the Irishman in 2008 in a nightclub, just as he decided to go into MMA.

And she's always been supportive of him before a big fight – once revealing she prepares his meals to keep an eye on the calories he's consuming.

She also loves her designer clothing like her fiancé. When McGregor stepped into the ring to face off against Floyd Mayweather, she was spotted in the crowd wearing a £1,750 D&G leopard print dress.

And like Conor, jewellery is important to Dee – who has been seen wearing Cartier, including a £31,000 watch and £40,000 bracelet.

With her flowing blond locks and taste for expensive clothes, Paris Fury is glam, as well. The fashionable mum-of-six has a particular soft spot for Chanel, flashing a pair of stylish gold metallic trainers, £750, on Instagram. 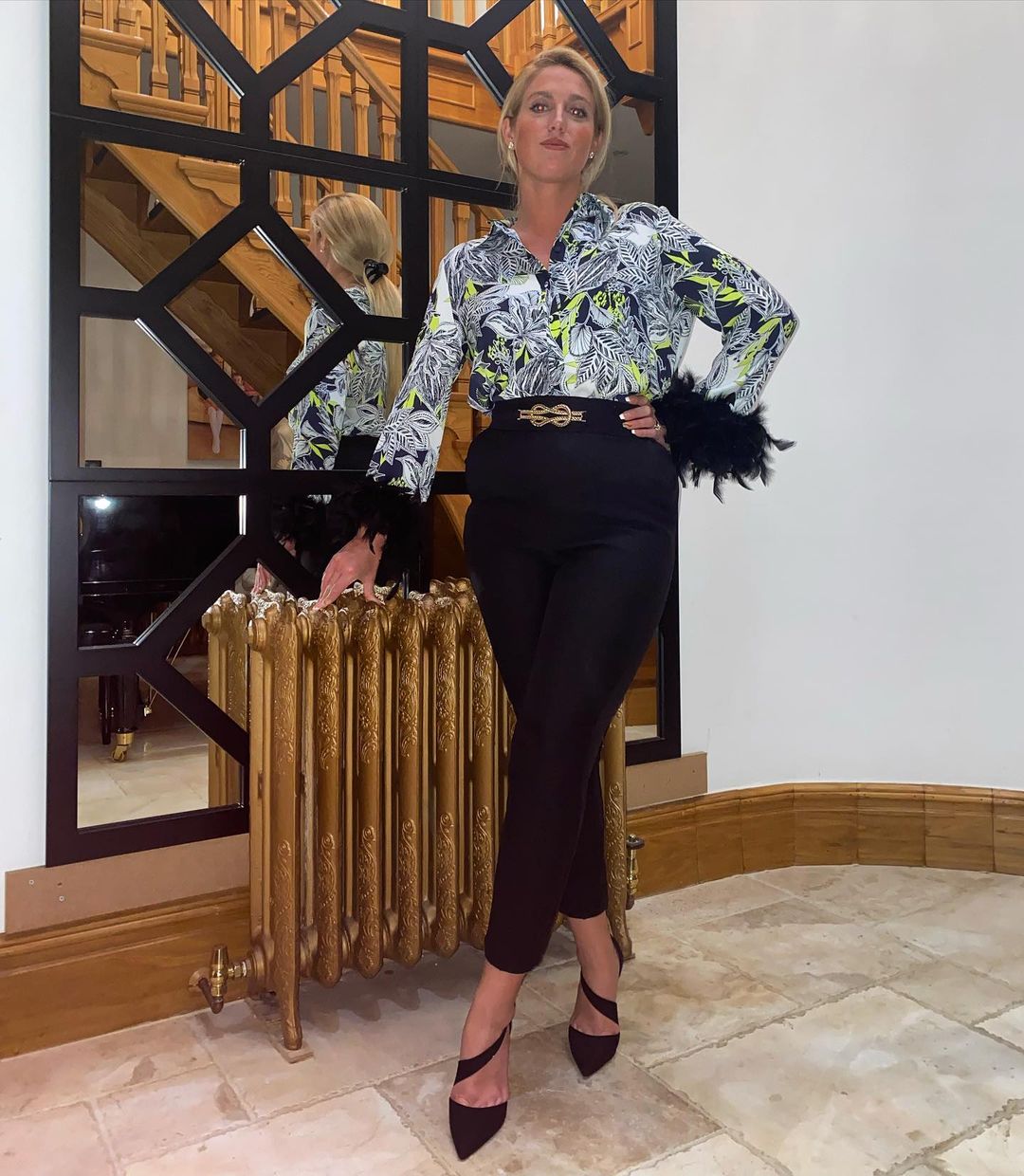 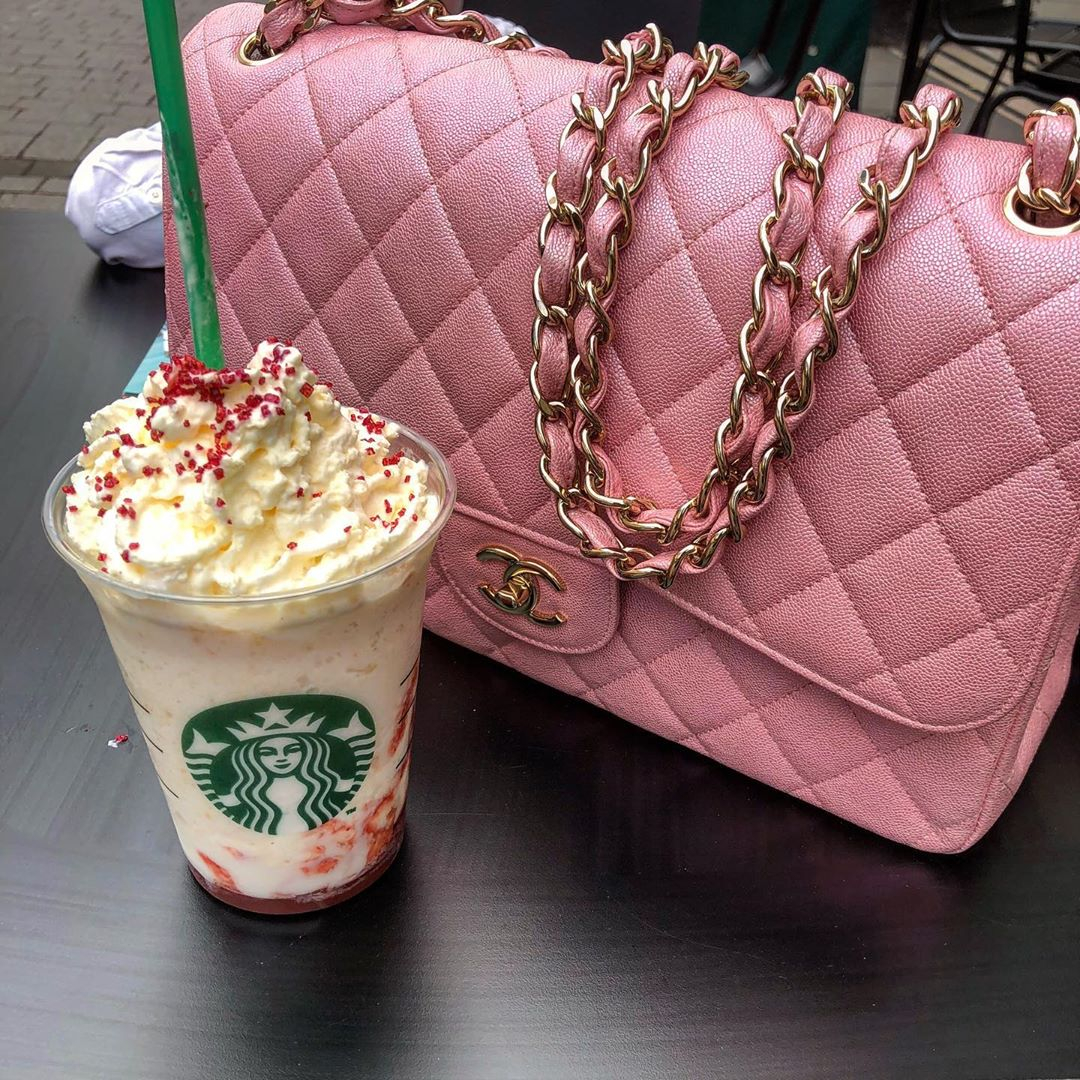 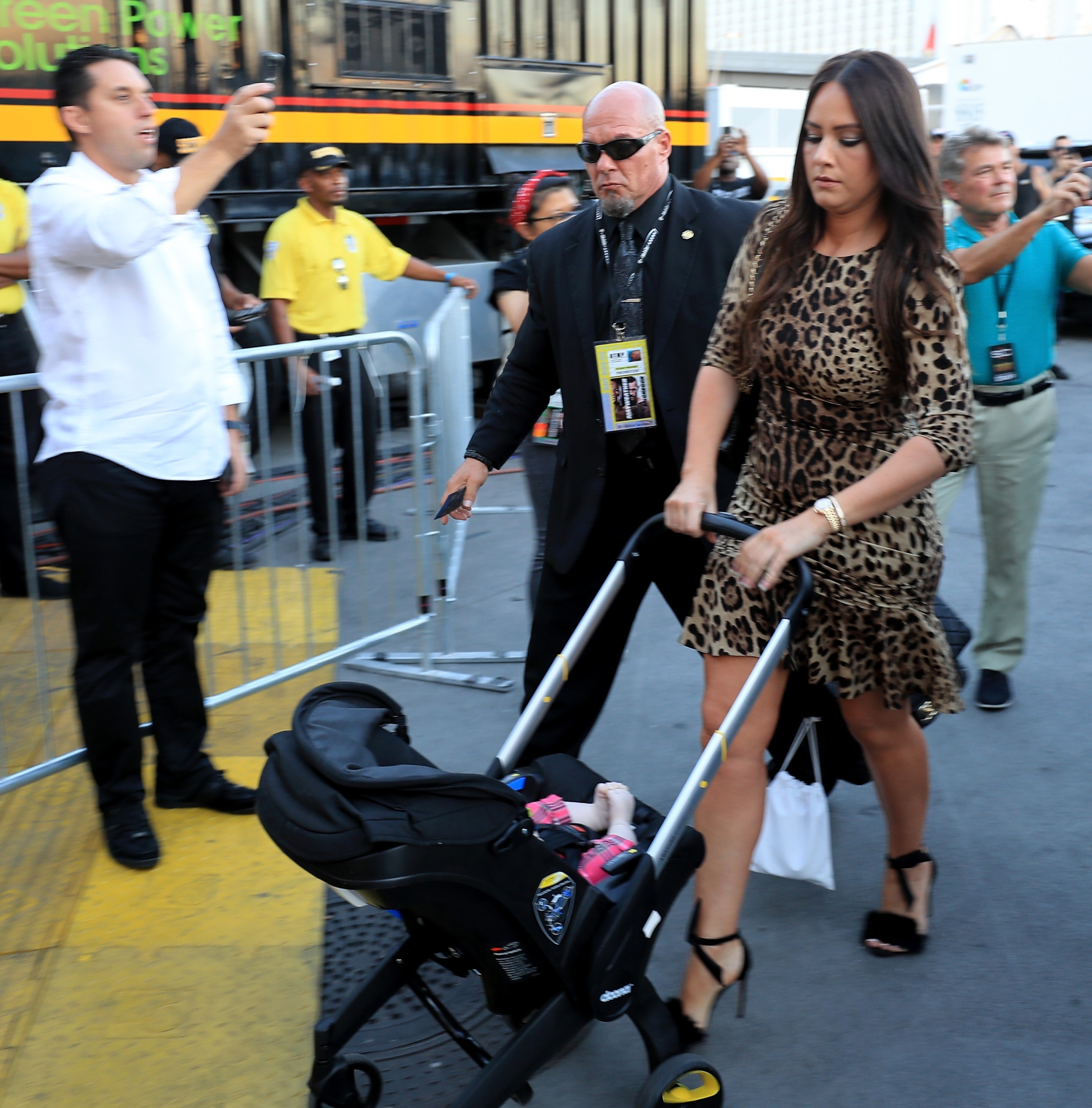 She has previously dazzled followers with a £180 Moschino belt and Fendi Mama Baguette bag, worth £1,850.

Her enviable handbag collection includes seven Chanel 2.55 bags in black, white, green, pink, yellow, blue and red, each of which retail for around £4,362.

Clearly, it's the Wags who are more comparable than their sporting partners.