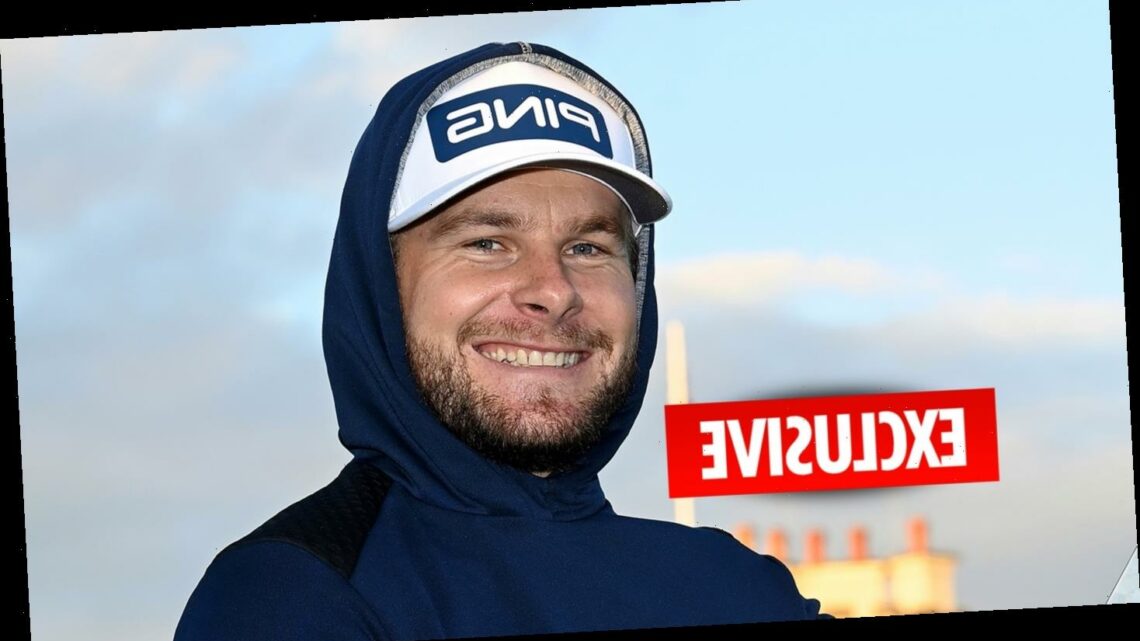 TYRRELL HATTON does not want to tempt fate by pulling on a green hoodie as he bids to improve his miserable Masters record.

But he reckons any other colour is fair game, despite the social media backlash that greeted his win at Wentworth when he wore one every day. 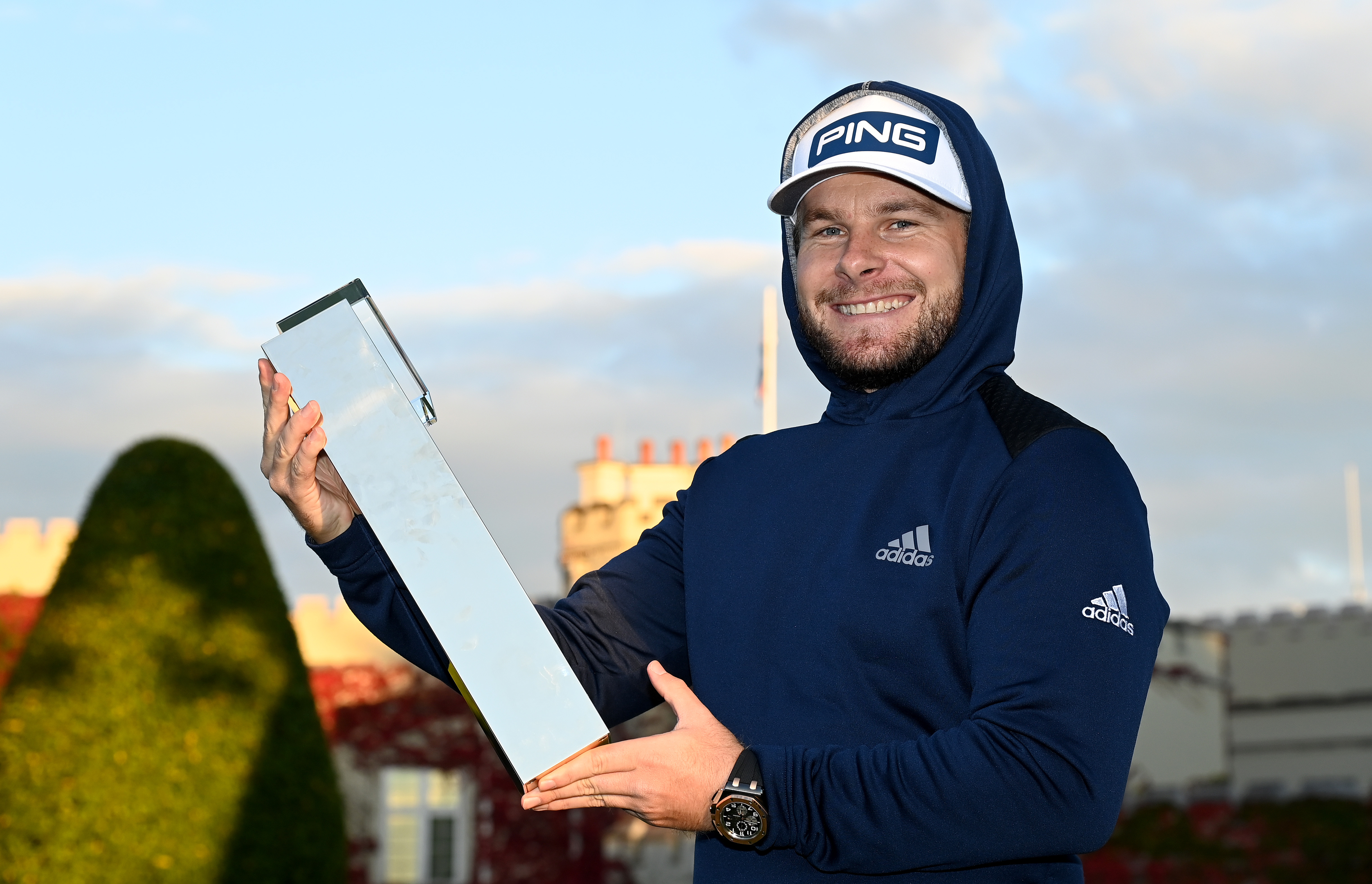 The criticism shocked Hatton, who felt it was way over the top and says people failed to realise he was wearing a hoodie designed for golfers.

Hatton, 29, said: “I haven’t got a green hoodie in the bag because it might seem a bit presumptuous and a bit showy — although I’d  love to end the week wearing green.

“That may be a bit of a stretch as The Masters has been my worst Major so far, the only one I haven’t had a top-ten finish in.

“I’d love to put that right this week. If it gets cold enough, I’ll wear one in another colour.

“I’ve got a few in case the weather isn’t great and I don’t think that would be disrespectful to The Masters. Not one bit.”

The Englishman came under fire for wearing the tops while winning  last month’s BMW PGA Championship.

That success, combined with Sunday night’s seventh-placed finish at the Houston Open, saw him arrive here at Augusta in pursuit of the famous Green Jacket in good form.

Hatton, whose best Masters finish is tied 44th two years ago, said:   “I’ve been  amazed by the reaction to the hoodies. 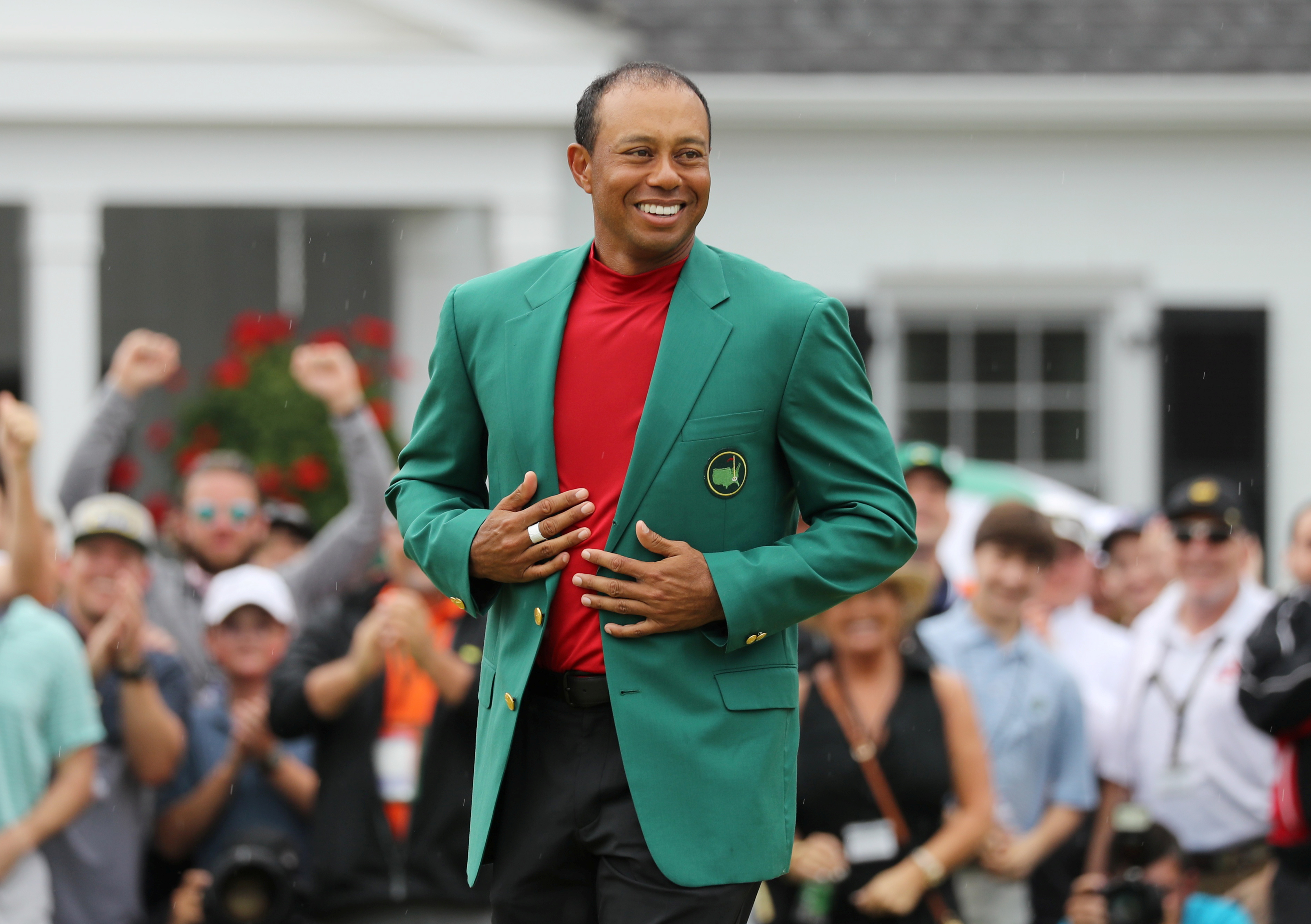 “It’s not like I’m the first to wear one. I’ve seen Tommy Fleetwood and Rory McIlroy in them — and a lot of the women on the LPGA have been wearing them for years.

“The only thing I did different was actually win a big event with one on.

“And I don’t think that should be considered a crime against humanity, which is how it’s been portrayed.

"From the stuff on social media you’d think I was encouraging  people to turn up and play golf in ripped jeans and T-shirts with big messages that have dodgy double meanings splashed on them.

“I don’t want to see that on the golf course either — but I think the hoodies I wear look smart and are so comfortable.

“They’re designed so you can swing a club without any restrictions whatsoever.

“Do you think I could beat a top-class field if it was any sort of handicap to me playing my best?

“The best thing to do is try one. Then you’d see where I’m coming from.

“I think a lot of people who are having a go at me would be shocked and would change their tune a bit.” 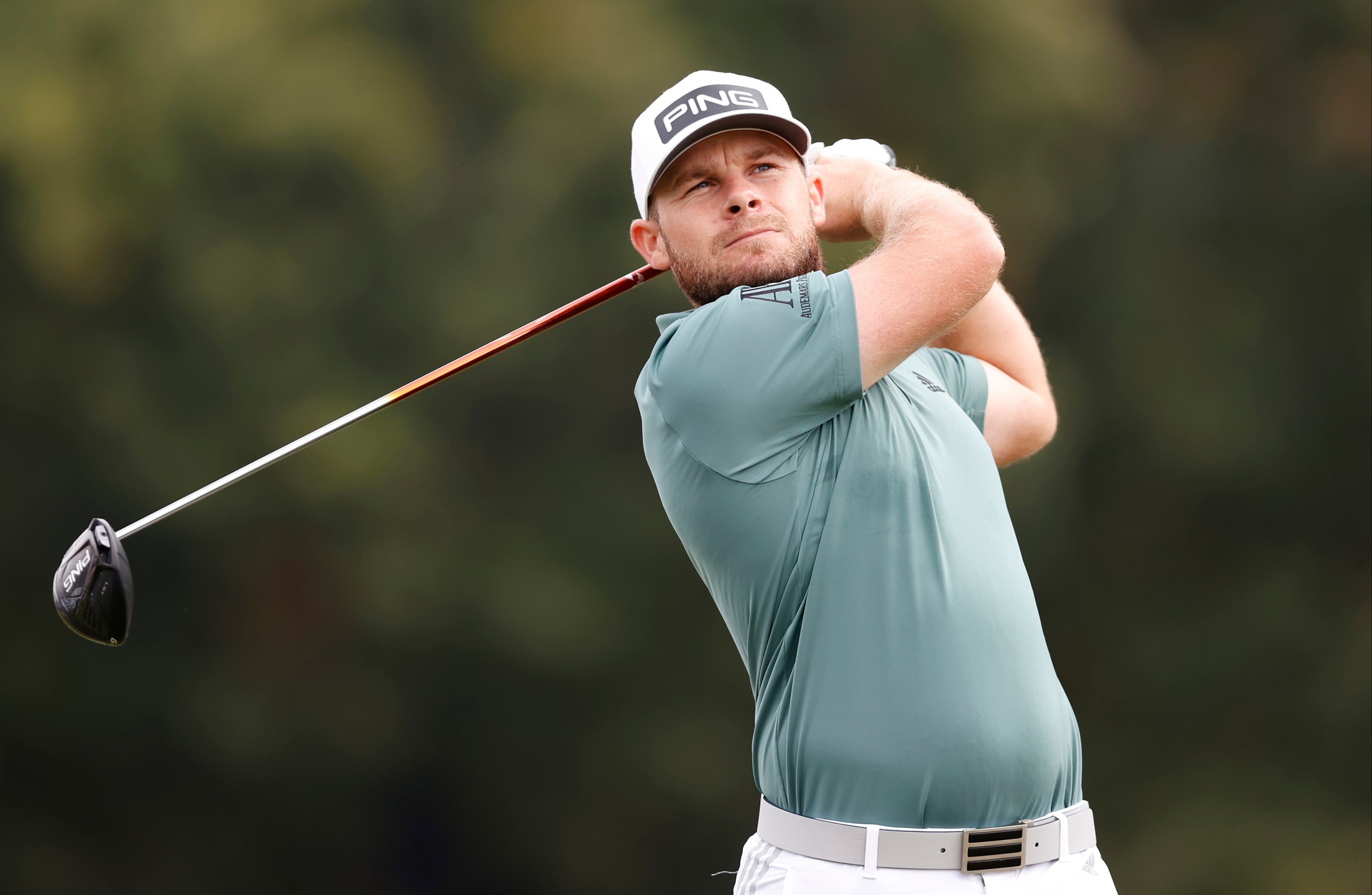 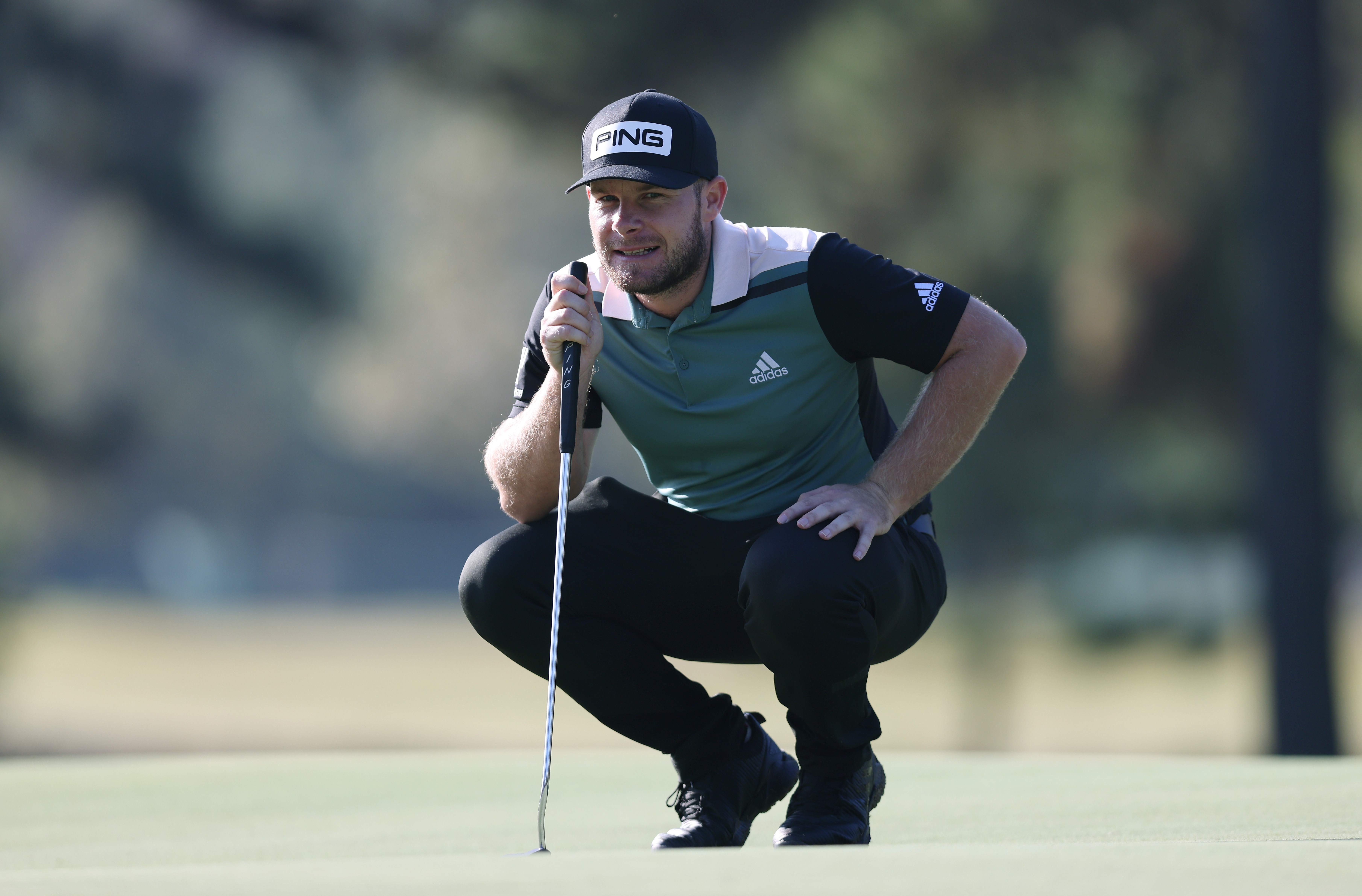 Hatton’s favourite way of escaping the furore is to turn to his other passion — gaming.

He admits to spending “far too much time” playing Call of Duty and FIFA 2020 on his Xbox — even after jetting back to the UK to spend time with  girlfriend Emily Braisher.

He explained: “I love my gaming. That’s the kid in me coming out — just like when  I get excited about playing The Masters.

“But I only go at it hammer and tongs when I’ve got a week or two off, not during tournament weeks.

“I have a gaming laptop that I take with me but I hardly open it — unless I miss a cut and  need a distraction. But it’s a different story when I’m at home.

“I went home for a week before  Houston and The Masters, mainly to see Emily.

“But I decided to go on the Xbox one evening about eight, just for a short time.

“She eventually came upstairs and said to me, ‘Do you know what time it is? It’s 1.30 in the morning!’ It’s a good job she’s patient with me.

“You’d think I’d be pretty good after all that practice  — but I’m not far short of hopeless.

“From playing against  people online I’d rate myself the same as a 24 handicapper at golf.”

The Bachelorette: Why fans want to see Jason on Bachelor In Paradise
World News