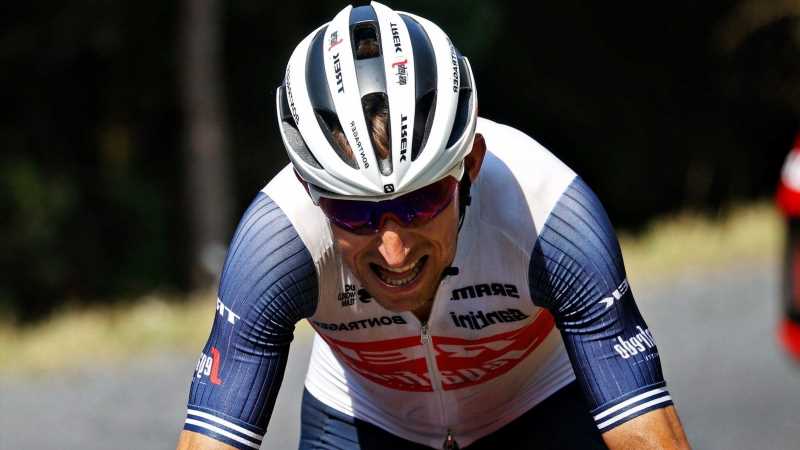 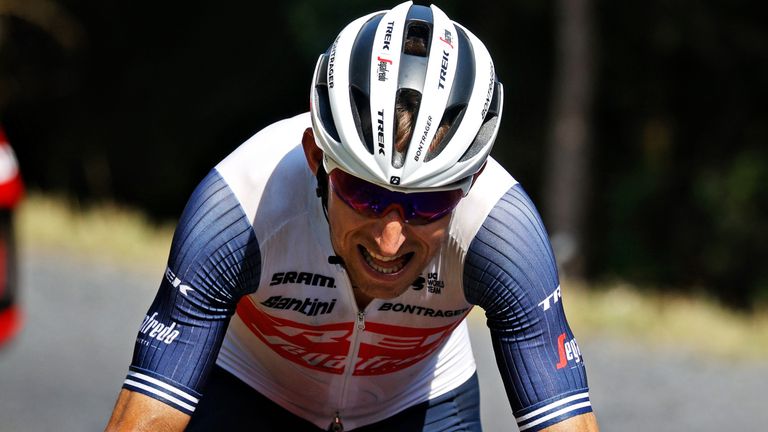 Bauke Mollema soloed to victory on Stage 14 of the Tour de France in Quillan as Tadej Pogacar retained the yellow jersey.

Mollema attacked out of a breakaway with 42 kilometres left of the 184km stage from Carcassonne and quickly built a lead of more than a minute which held over the final climb of a day before the long descent to the finish.

It was a second career Tour stage win for the Dutchman, who used a similar solo attack to win stage 15 of the 2017 edition, and the first for his Trek-Segafredo team since John Degenkolb won in Roubaix three years ago.

The peloton rolled in almost seven minutes after Mollema crossed the line, but though Pogacar was unmoved in yellow, there were changes at the top of the general classification as the Tour reached the Pyrenees.

Guillaume Martin was part of the break, and while he finished 88 seconds behind Mollema, that was enough to move the Frenchman up seven places to second overall.

The Cofidis rider now sits four minutes and four seconds down overall, dislodging Rigoberto Uran and knocking Jonas Vingegaard out of the podium places, though after the efforts exerted here he may do well to survive the mountain stages to come over the next few days.

This first taste of the Pyrenees was along rolling terrain rather than the high passes, prompting a fight to get into the battle which raged for 90km as Pogacar’s UAE Team Emirates did little to control the front of the peloton.

Things finally began to calm down on the Col de Montsegur as Michael Woods and Wout Poels duelled for King of the Mountain points – a battle which would put Woods in the polka dots by the day’s end – before being joined by a larger chasing group to put 14 riders out in front.

But it was far from a cohesive unit, and Mollema lost patience on the approach to the final climb.

“It’s amazing to win a stage again,” the 34-year-old said. “It was a super hard day, it took 80 or 90 kilometres until the break finally went but the team was amazing, they made sure we didn’t miss anything at the start of the race.

“It was a nice group (in the breakaway) a lot of strong guys but we were not working together so well, there were two guys not really turning.

Quillan had never hosted a Tour stage before, instead familiar to riders as home to France’s longest-running post-Tour criterium, but this year it provides the springboard into the high mountains.

Sunday’s 191km Stage 15 features three category one climbs on the road to Andorra.

That should offer the sort of terrain which will allow the likes of Vingegaard and Richard Carapaz to test whether Pogacar’s minor signs of weakness on Mont Ventoux on Wednesday were a temporary blip or the start of bigger problems.

The defending champion said he was happy to see Martin move up and put pressure on others, while not threatening his own still commanding lead.

“Now other teams need to take him down,” Pogacar said. “I think we gained with this position and it could be helpful in the next few stages.

“I have checked (Sunday’s stage). I don’t know it super well but it’s really hard, there’s a lot of altitude.

“But I think we have good ambitions; we are confident and we will see what happens.”

Raheem Sterling: a star on a journey as remarkable as his on-field talents
World News