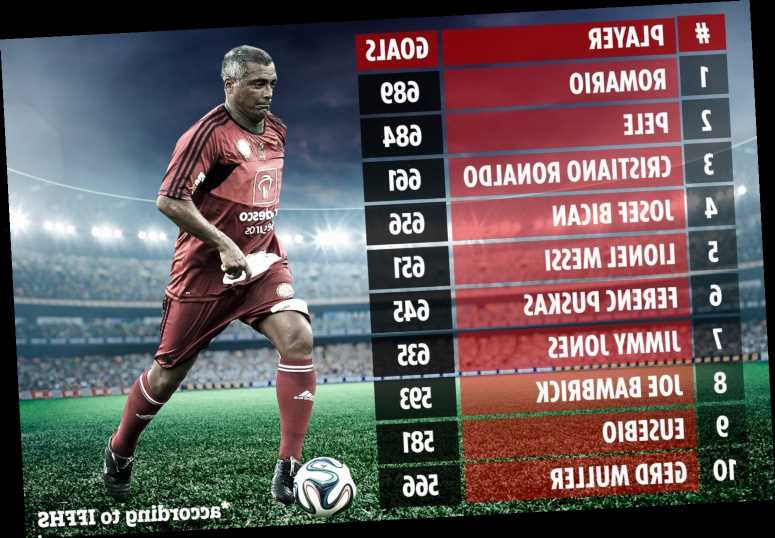 CRISTIANO RONALDO is only the third top goalscorer in football history with Brazilian Romario the No1 ahead of compatriot Pele.

That is according to a new study on club football's best marksman commissioned by the International Federation of Football History & Statistics (IFFHS). 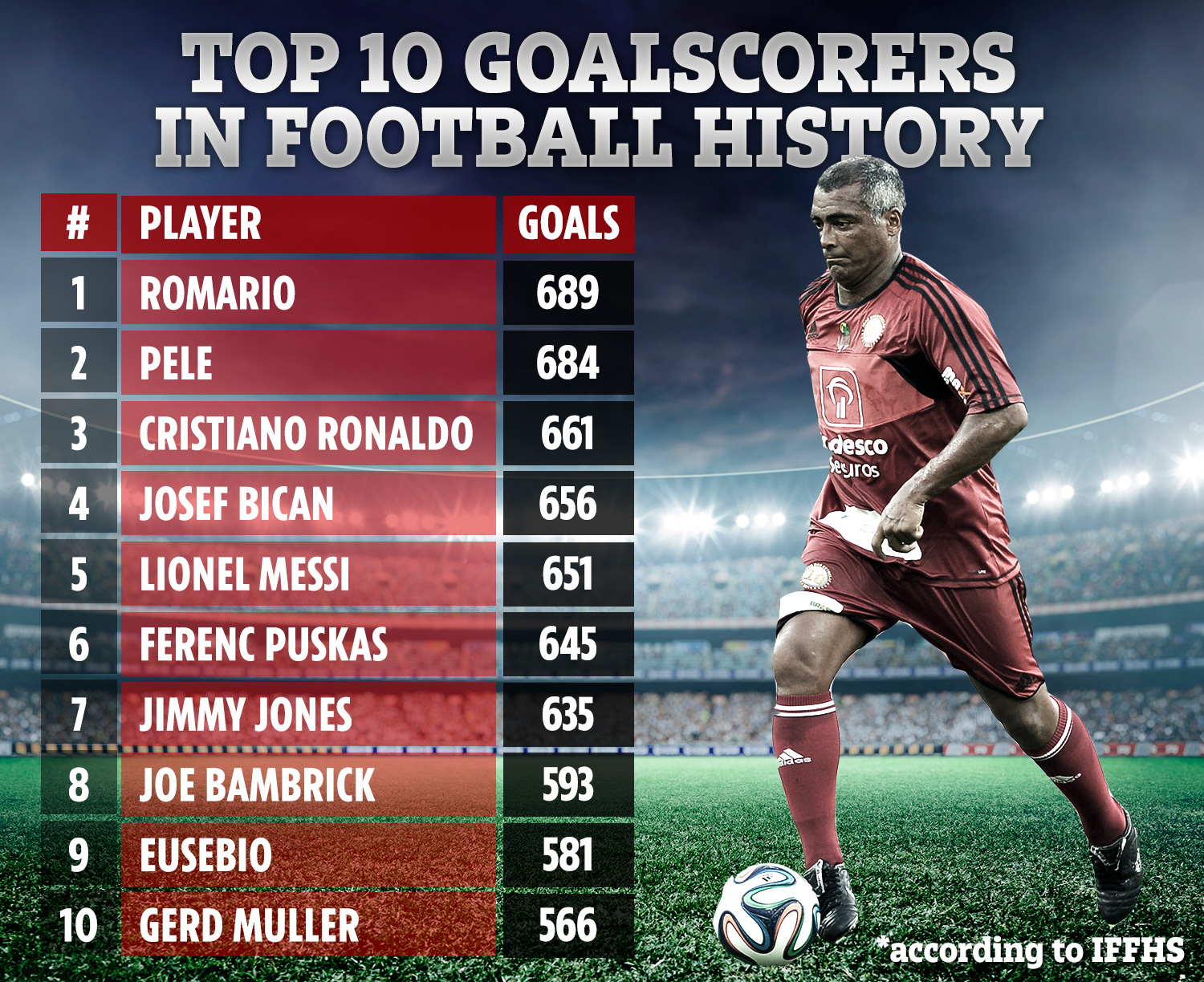 IFFHS named Romario top of the pile with the former PSV, Barcelona and Fluminense star having notched 689 goals.

The legendary Pele is just behind him with 684 while Juventus superstar Ronaldo, 36, is 28 strikes off the top according to this latest estimate.

Argentine icon Messi, 33, is ten goals further back than Ronaldo on 651 with neither star's international strikes – 102 goals for Ronaldo and 71 for Messi – counted in this ranking.

There has been vast debate about the official goalscoring records with Ronaldo previously heralded as the most prolific forward of all time in January.

But the Czech FA hit back at news of Ronaldo's 760th career goal in Juventus' 2-0 win over Napoli last month by stating he was still 61 goals behind Bican's tally.

They claimed Bican bagged 821 official goals throughout his remarkable career during the 1940s and 50s.

Fifa suggested his number was actually 805 but that still had Ronaldo some way off the milestone.

But confusion over the record is nothing new, with Messi’s single club goal record also denied by various parties.

Messi moved to 644 goals after scoring against Real Valladolid in December last year, eclipsing Pele’s tally of 643 for Santos.

However, the Brazilian outfit are adamant Pele actually netted an incredible 1,091 times, with the extra 448 goals coming against top teams including Barcelona, Juventus and Real Madrid in ‘official Fifa games’.

The only other player still playing in the top 16 is former Manchester United star Zlatan Ibrahimovic – now leading the line for Serie A leaders AC Milan – with 501 club goals.