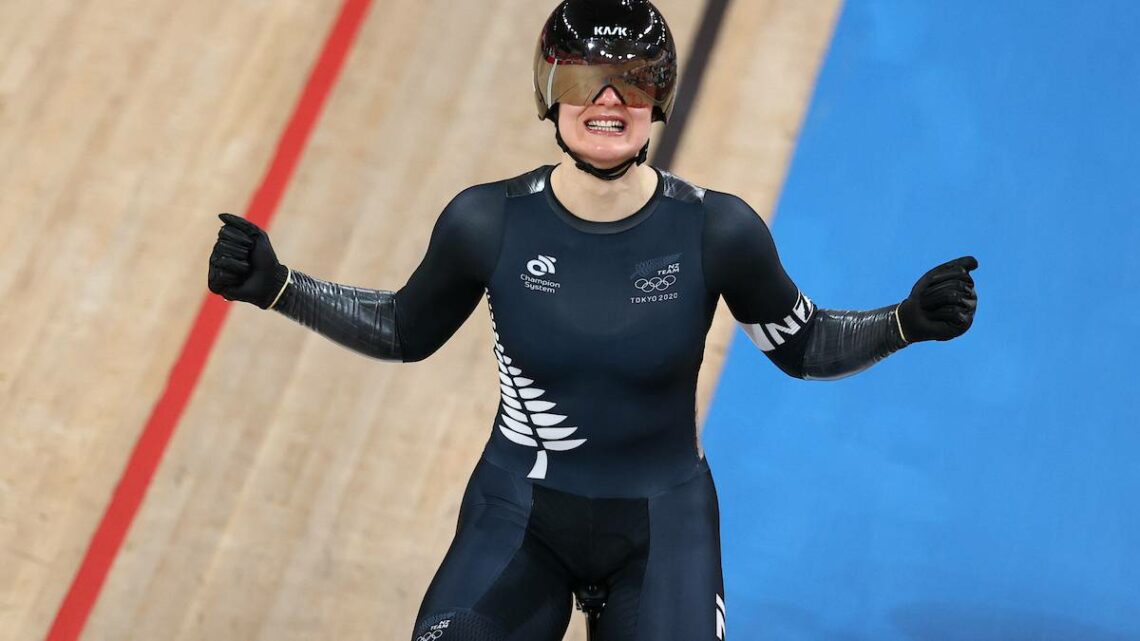 New Zealand has a new queen of the velodrome.

Ellesse Andrews has claimed a brilliant silver medal in the women’s keirin on Thursday night, with a sensational ride in the final.

The 21-year-old had to do it the hard way – coming from the back of the field – and also had to contend with team tactics from the two Ukraine riders.

But as she has done consistently in Tokyo, Andrews produced a blistering final two laps, to claim silver, 0.061 of a second behind Dutch rider Shanne Braspennincx

It is New Zealand’s first cycling medal at these Games, capping off an extremely impressive two days for the Christchurch rider.

“I think in a keirin you just have to get the absolute right balance of physical effort and tactical execution. To get that right today and to get a silver medal, I’m so proud of myself. To come away from this championships with a silver medal is just amazing.”

Andrews had earlier produced a massive effort to take second in her semifinal, forced into a gruelling three lap sprint, after being marooned at the back of the pack.

It was always going to take a toll, with less than 50 minutes before that race and the decider, but Andrews somehow overcame the fatigue.

It was an impressive field for the final, including Ukrainian Olena Starikova, the European champion, along with former world championship silver medallist Braspennincx, who had demonstrated her devastating finish in the quarter-finals. Another Ukrainian, Liubov Basova, had finished fifth at the 2016 Olympics.

Just like her semifinal, Andrews had an unfavourable draw, second from the outside, right at the top of the track.

She nestled in fifth place for first three laps, as the two Ukrainians took the front two positions.

Andrews had to make a move, though it was from a difficult position and earlier than she would have liked, using up valuable energy.

But Andrews has proved multiple times in the Izu Velodrome she has a finish like few others – and it showed again. The Oceania champion got up to the front, just beside Braspennincx, and then found an extra gear, holding off the cavalry as they made a late charge.

She finished 0.087 seconds ahead of Canadian Lauriane Genest, with Starikova relegated to fourth.

Despite her relative inexperience, Andrews was regarded as a contender coming into the event, ranked fifth in the 2020 UCI world rankings.

She comes from great cycling stock. Her father Jon claimed two bronze medals at the 1990 Commonwealth Games in Auckland and also competed at the 1992 Barcelona Olympics.

It is New Zealand’s second medal in the keirin, after Simon Van Velthooven’s memorable bronze in 2012 in London.

Earlier, Sam Webster’s campaign in the men’s individual sprint came to an end, with the Kiwi cyclist falling just shot of the quarter-finals.

After missing direct entry into the quarter-finals in his heat against Germany’s Maximilian Levy, Webster was forced into a repechage heat against riders from France and Malaysia.

There, French rider Sebastien Vigier was able to get on the back of Webster and swing out on the final lap to get across the line first to eliminate his competitors.