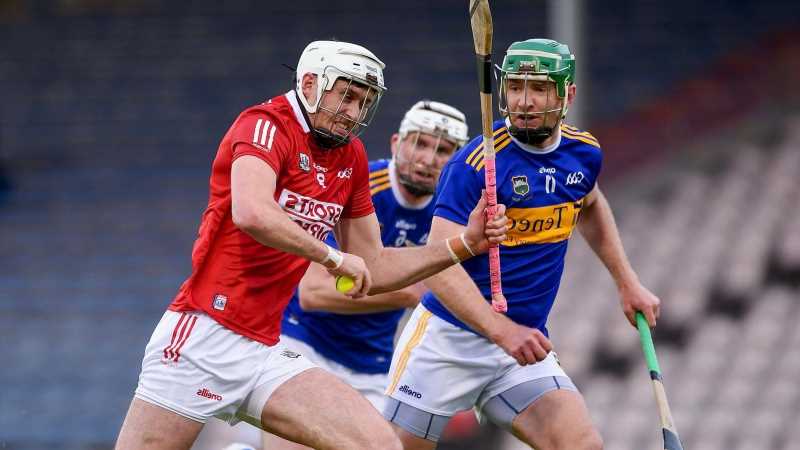 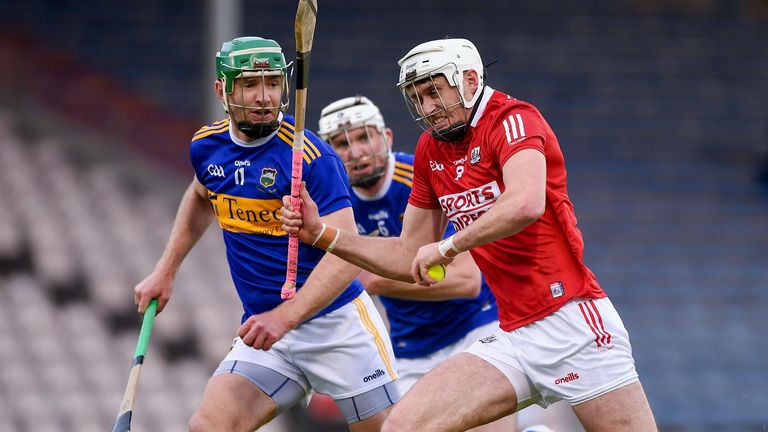 Tipperary and Cork finished level, 2-16 to 0-22, after an enthralling National Hurling League showdown at Semple Stadium.

In a dramatic finish, both sides had opportunities to snatch the win. Patrick Horgan hit the post, while Ronan Maher shot wide before the full-time whistle was blown.

In truth, neither manager will be devastated after an entertaining contest, with both teams building towards the summer.

It was a mid-May meeting between Tipperary and Cork in Semple Stadium. But comparisons to traditional summer showdowns between the Munster rivals ended there, with torrential rain, empty stands and a lack of the championship do-or-die intensity impacting the contest.

Cork made the brighter start. Within seconds, they had a golden opportunity to find the net. Jack O’Connor found himself one-on-one with the on-rushing Barry Hogan, but he spurned the chance and blasted it wide.

But the Rebels did not have to wait long for their goal. A well-played Mark Coleman cross-field ball found Tim O’Mahony. The Newtownshandrum man combined with Patrick Horgan, before scooping it into the net in the 10th minute.

The Lee-siders were expanding on the running game seen in last weekend’s win over Waterford, taking on the Tipperary defenders at every opportunity.

The Premier County eventually managed to settle, largely through the accuracy of Jason Forde from placed balls. The Silvermines man sent the umpires scurrying for white flags on six occasions before the break, as the home side took a 0-12 to 1-8 lead into half-time.

Nonetheless, Cork threatened throughout the opening 35 minutes, with O’Mahony and Alan Cadogan always dangerous. Their execution let them down however, with eight first-half wides. 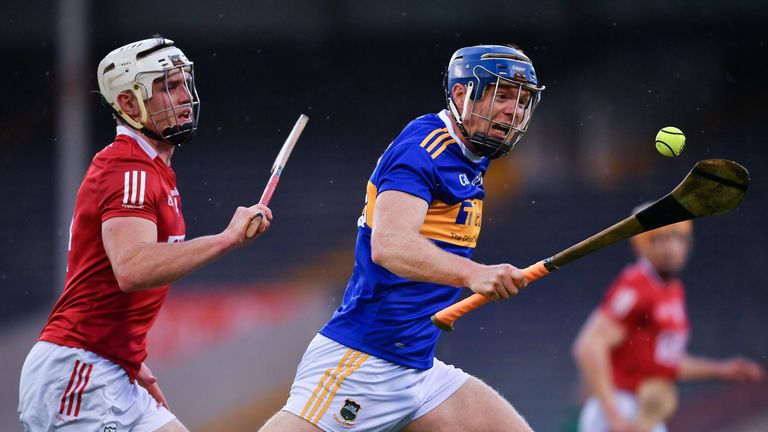 Cork’s ball-work was letting them down at times, with their hand-passing game proving difficult in the wet conditions. When it worked, it was causing the Premier real problems however. In the 44th minute, Patrick Horgan was on the end of a perfectly-executed team move and batted it past Hogan and into the Tipp net.

It was a score that filled the Rebels with confidence, as Daire Connery tagged on a long-range score to give them a 2-10 to 0-15 lead at the second water break.

A monstrous Ronan Maher free in the 59th minute ended a 12-minute scoring drought for the Premier, but the Rebels kept pushing forward.

Tipp countered, with a pair of Forde frees and a Barry Heffernan point drawing it level in the 69th minute.

Cork looked to find the extra gear at the death. Conor Cahalane nudged the Rebels back into the lead and Alan Connolly tagged on another.

However, Tipp were not to be denied with Cathal Barrett finding a late point before Forde held his nerve with a late free. 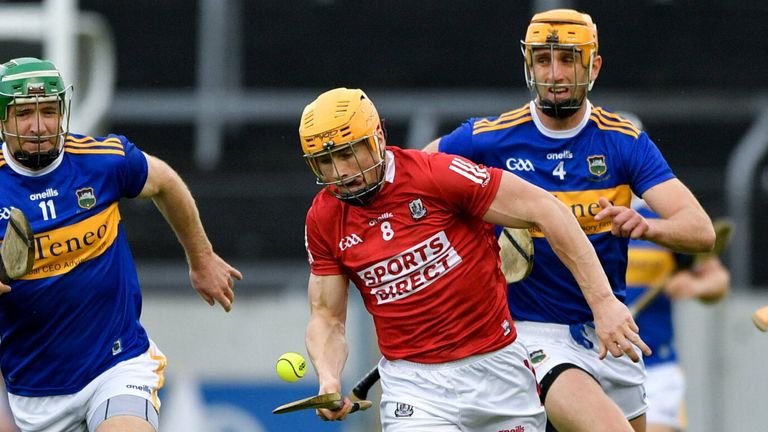 The main takeaways from a wet night in Thurles?

Cork are slowly building ahead of the summer. John Kiely will have taken notes, with July’s Munster semi-final in mind.

Liam Sheedy will be satisfied with elements, including the performance of the quickly improving Brian McGrath as well his team’s never-say-die attitude.

Kyrie Irving turns attention to Israel-Palestine: Basketball 'not the most important thing to me right now'
World News