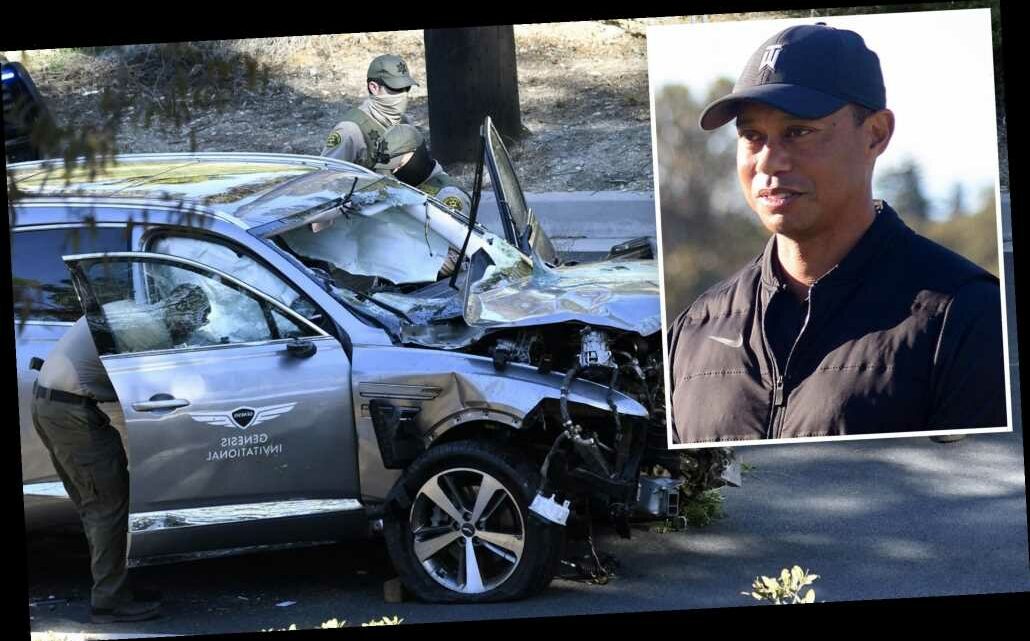 Tiger Woods has ‘zero chance’ of Masters, may struggle to walk again, experts tell The Post

Tiger Woods will not face criminal charges over the grisly single-car accident that left him with serious leg injuries, California authorities said Wednesday, reiterating that there was no evidence of impairment.

The golf icon, 45, rolled a Genesis GV80 SUV Tuesday morning while traveling through an accident-heavy Los Angeles County stretch at what county Sheriff Alex Villanueva has described as a “relatively greater speed than normal.”

Fielding questions during an Instagram Live video stream on Wednesday, Villanueva reiterated that there was no indication of criminal wrongdoing.

“We don’t contemplate any charges whatsoever in this crash,” said Villanueva. “This remains an accident. An accident is not a crime. They do happen, unfortunately.”

Asked specifically about the possibility of a reckless driving charge, Villanueva said that there was no evidence Woods’ crash met the criteria.

“A reckless driving charge has a lot of elements into it,” he said. “This is purely an accident.

Villanueva additionally stressed that there was no evidence to suggest that Woods — who has had prior issues with driving under the influence — was intoxicated at the time of Tuesday’s crash.

“The deputy on scene assessed the condition of Tiger Woods and there was no evidence of any impairment whatsoever,” said Villanueva. “He was lucid, no odor of alcohol, no evidence of any medication, narcotics or anything like that that would bring that into question.

“This is what it is: An accident.”

Woods, perhaps thanks in part to the SUV’s safety features, dodged death in the crash.

He was left, however, with serious injuries that required the surgical insertion of a rod into his right leg, and could end his storied golf career.