Home » Sport » Three ways Man City could line-up with star-studded attack including Kane – but can Foden and Grealish play together? 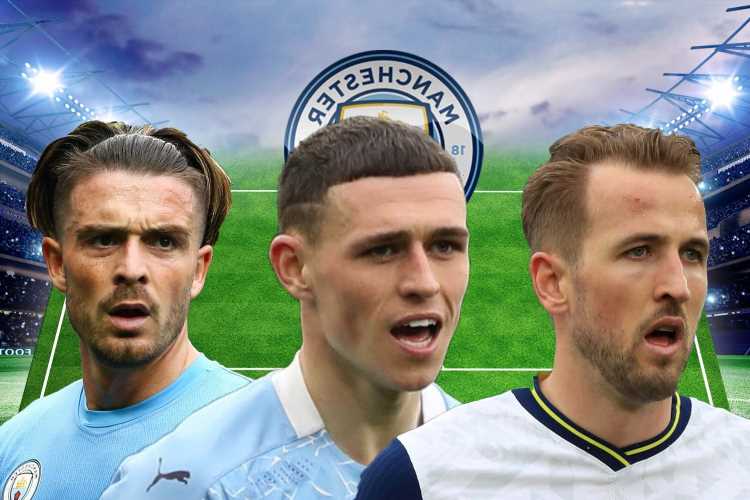 Three ways Man City could line-up with star-studded attack including Kane – but can Foden and Grealish play together?

Since losing Sergio Aguero at the end of last season, Pep Guardiola has been fixated on landing the England captain. 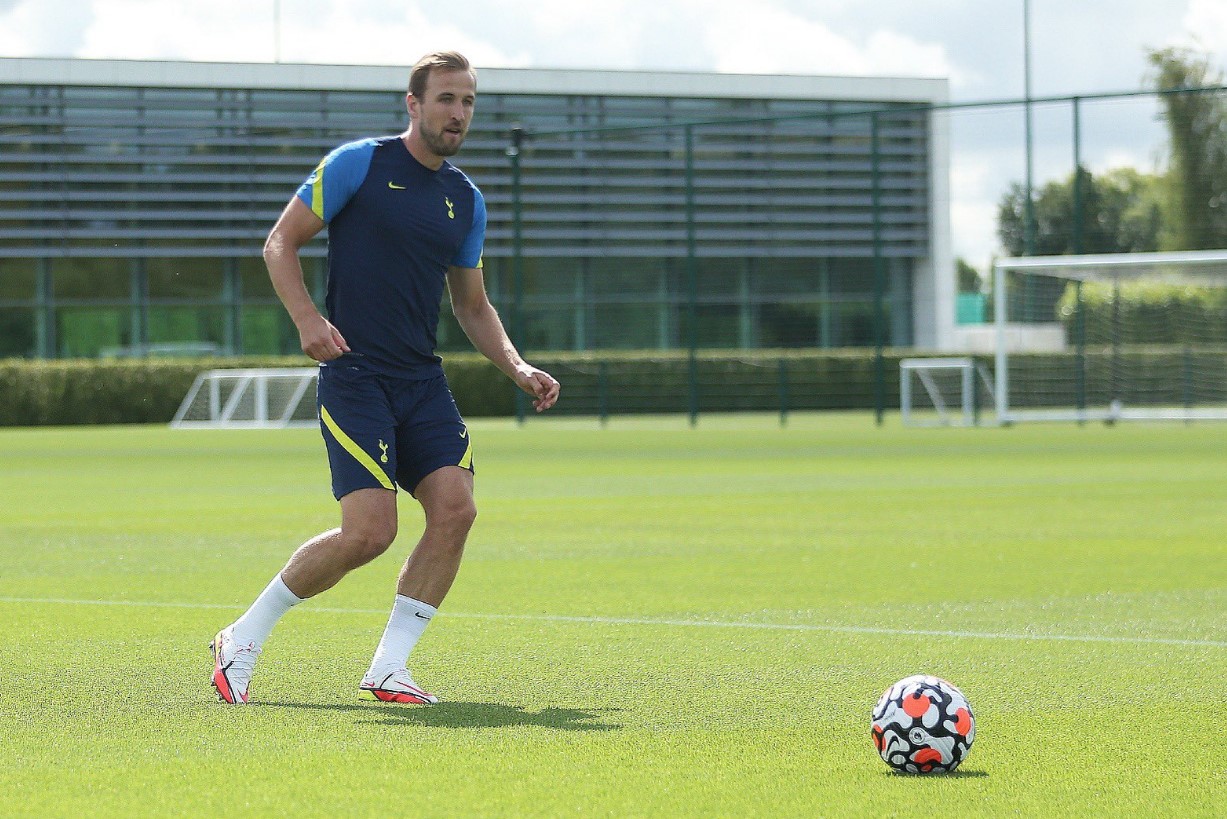 Kane, 28, revealed as early as May that he wanted to quit Spurs to finally win some silverware, with the Etihad his preferred destination.

However, Tottenham supremo Daniel Levy is negotiating hard, demanding up to £160m for their prized asset.

City aren't willing to go that high and have attempted to lure Spurs into parting with Kane for around £120m and a handful of players.

The likes of Bernardo Silva and Raheem Sterling have been floated as potential swap options – but neither are keen to leave.

As the transfer saga rumbles on, we've taken a look at THREE ways Man City could line-up with Kane on the books.

Kane will clearly start in attack, but his arrival will have huge repercussions for the likes of Bernardo, Sterling, Phil Foden and British record-buy Jack Grealish following his £100m move from Aston Villa. 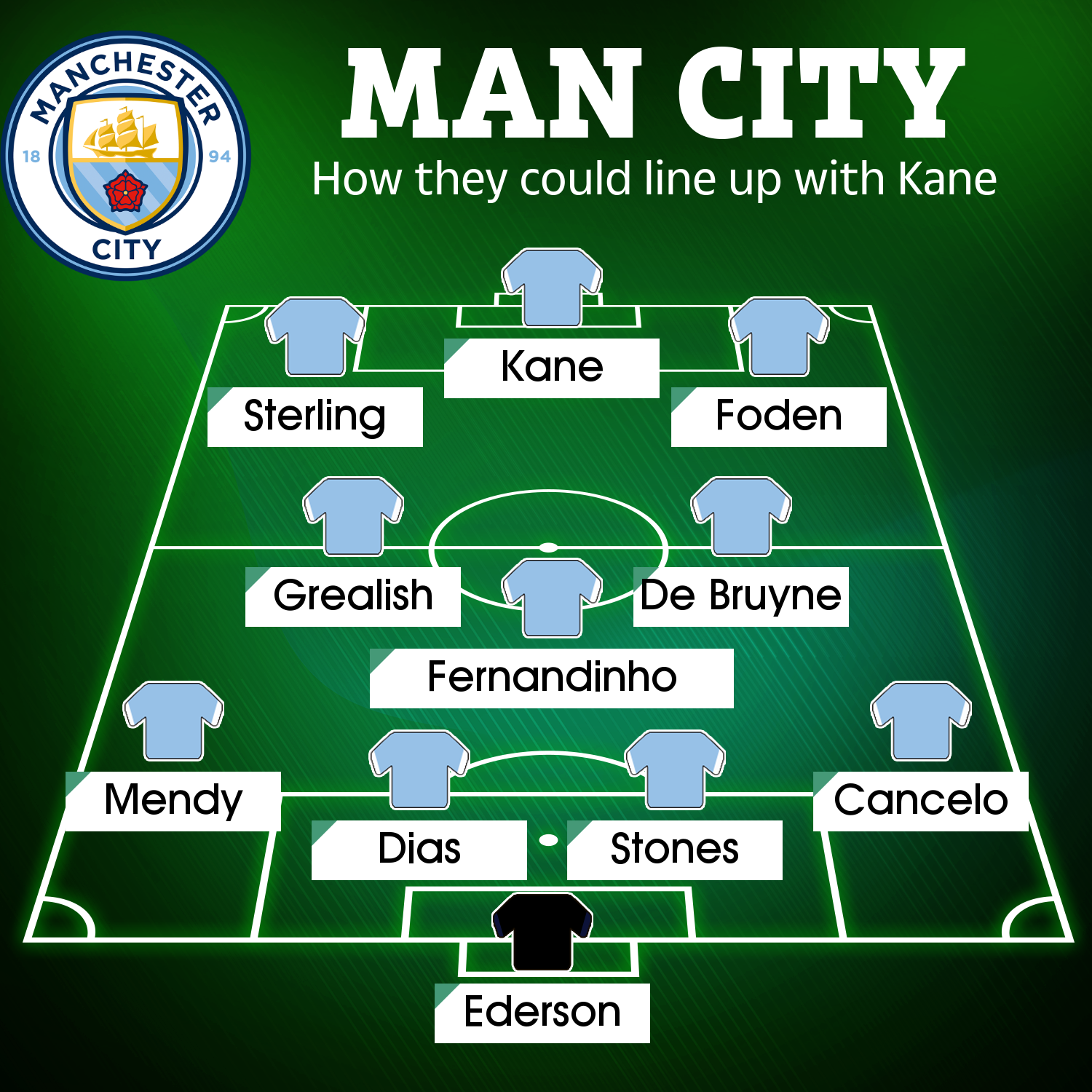 For England fans at least, this is City's most-exciting option.

Kane leading the line with Foden and Sterling on the wings after their exceptional Euro 2020 campaigns.. what's not to like?

Grealish slips into a deeper No8 role – as Guardiola hinted would be the case – in this scenario.

This line-up offers inverted wingers, plenty of creativity and supporter in the heart of midfield and, of course, a lethal finisher up top. 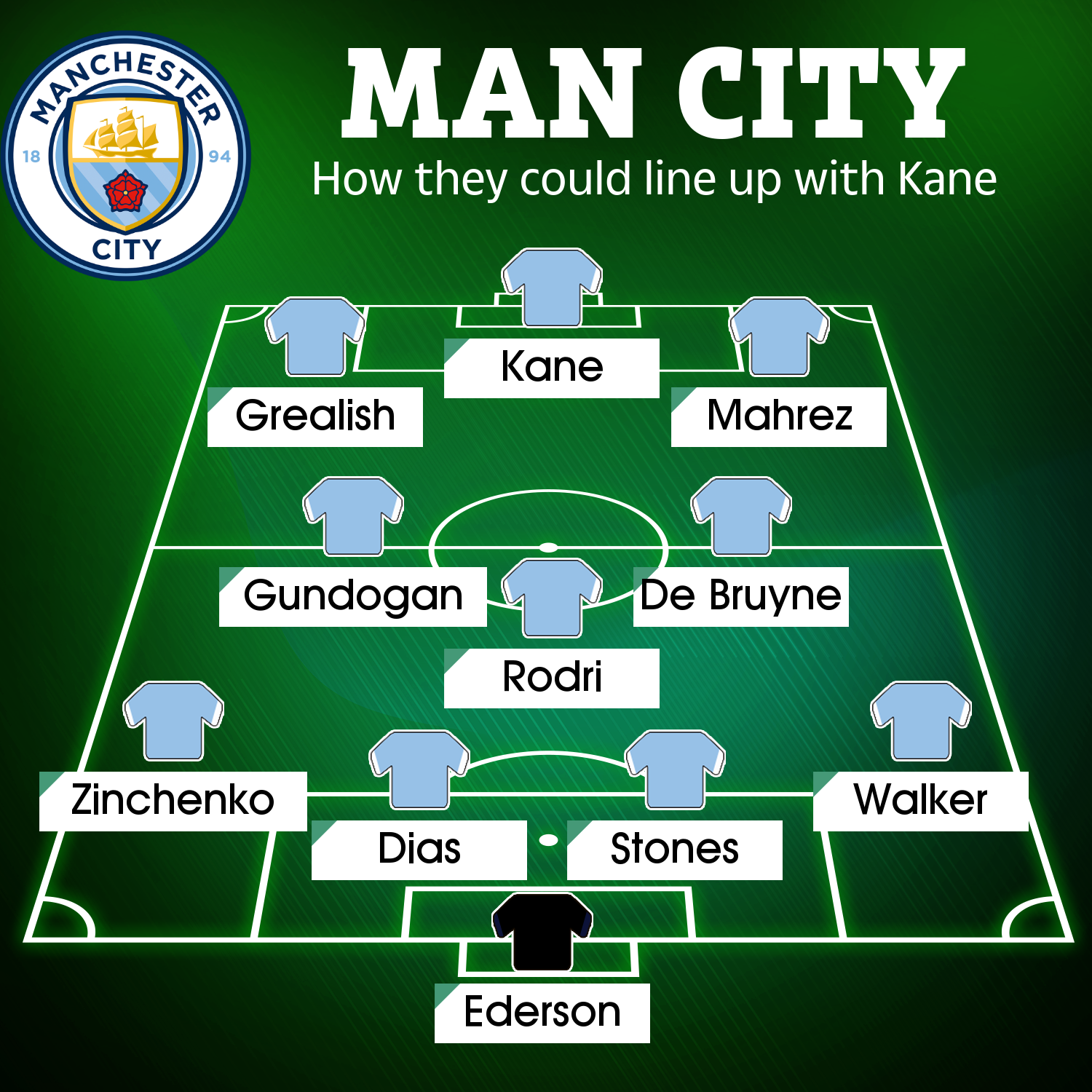 Should Guardiola want a little more balance, he has the option to push Grealish into the front three.

In this instance, Grealish would take over on the left flank at the expense of Sterling and would allow Pep to pick another midfielder – most likely Gundogan.

With Zinchenko or Mendy and Walker or Cancelo at full-back, there'll still be plenty of attacking width.

But in defence, the team has a little more balance, without missing a beat on the counter.

In this XI, Mahrez is a more likely option to Foden give his experience, with Sterling, Bernardo and Torres also in with a shout. 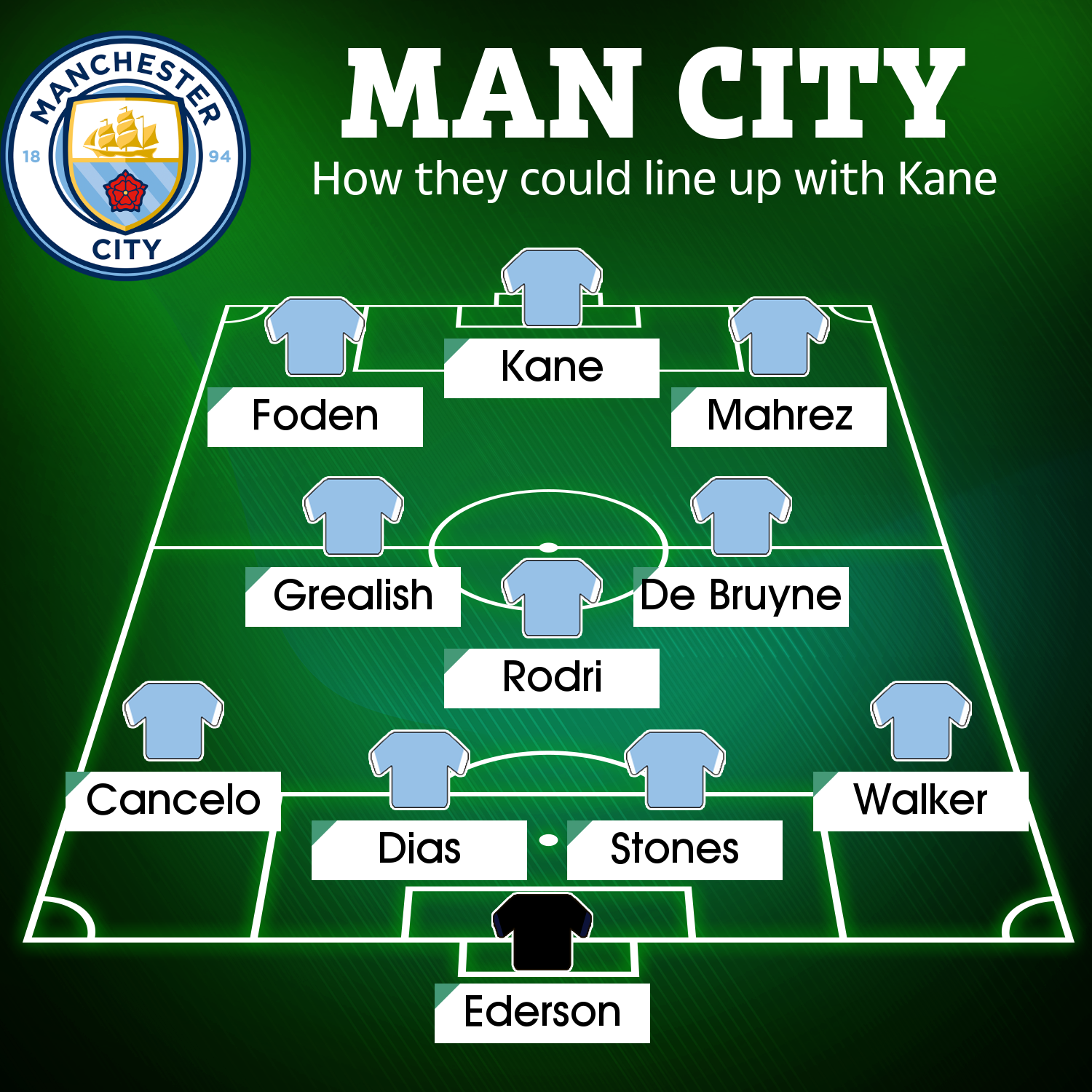 Anoter line up where Grealish slips into the No8 role, Foden could be deployed on the left for a slight change of tack.

Having a natural left-footer on that wing allows City to have a different crossing threat.

And with Kane a superb header of the ball, it could prove lethal.

Grealish will still be able to drift out to his favoured spot on the left, allowing Foden to drift infield from time to time.

But Grealish too can roam around in a No10 position when City have the ball and that seamless, unpredictable switching of Foden and his £100m England pal could prove devastating to opposition defences.