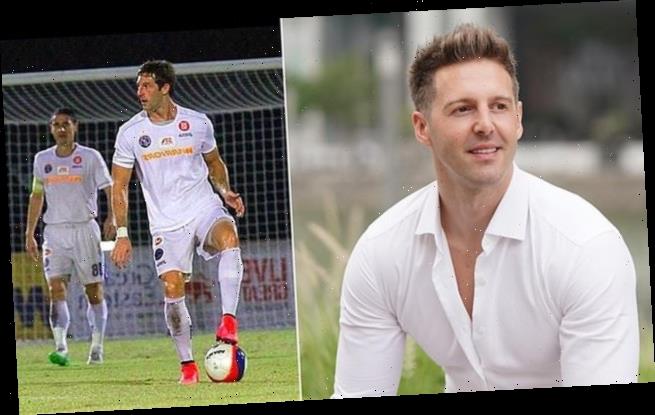 Thomas Beattie came out but worries for anyone following his lead

‘Fans not team-mates would be the issue if a player came out’: Former Hull City midfielder Thomas Beattie announced he is gay last week after burying it for years, but worries for anyone who follows his lead

Thomas Beattie spent years trying to get a recurring thought out of his head and it was a shattered skull that convinced him to leave it be.

He remembers everything so clearly — the ball, the bounce, the back of the other guy’s head, the crunch and the hundreds of tiny shards of bone floating behind his eyes. He remembers the pain and the seven surgeries and, most of all, he remembers a deeply personal epiphany that, five years on, has suddenly become a discussion point for strangers around the world.

First, to the accident. He was 29, an Englishman abroad. His had been a nomad’s career, one of those largely anonymous adventures in football’s backwaters — a young pro at Hull City who would ultimately make his way in the leagues of Canada and Singapore. 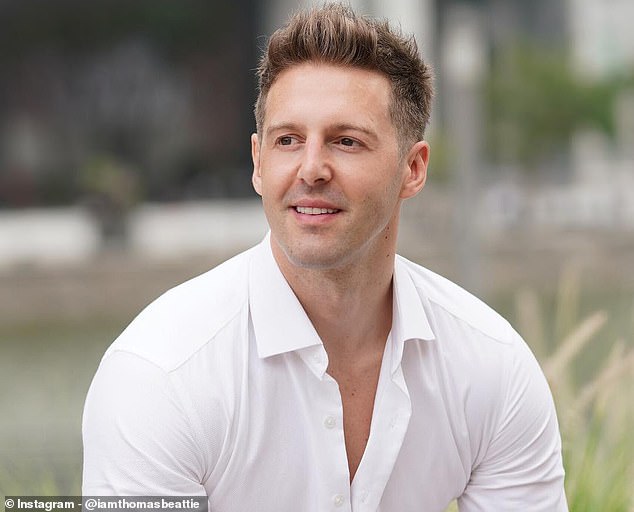 In 2015, at Bedok Stadium, a ground fit for 3,800 fans on a good day, he was playing midfield for Warriors FC, the most successful club in the Singapore Premier League. They were up against Geylang United.

‘The ball was bouncing between me and another guy,’ Beattie tells Sportsmail in his first interview with an English newspaper. ‘We were sprinting and he turned his head last second and I hit the back of his head.

‘I compressed both eye sockets, fractured the top of my skull, my cheekbones, had a brain haemorrhage. Literally what happens in a car crash.’

He adds: ‘I was constantly in and out of hospital, having plates put in and bone fragments taken out from behind my eye sockets. It was absolutely horrific and it was also a total, amazing blessing.’

That is because it ended his career in a job he adored, and in the same breath it helped him to live, because in that world of football he had never allowed himself to accept what he had suspected for so long — that he is gay. 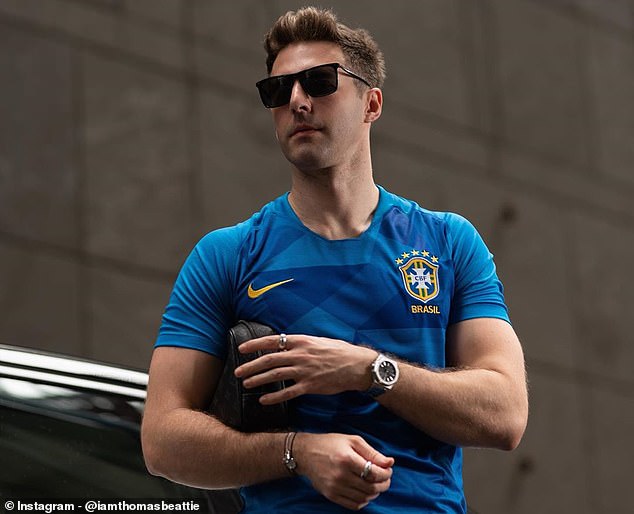 ‘Leaving football gave me more freedom to decide on things,’ he says. ‘I knew when I was recovering that I wouldn’t play again, so I wouldn’t hide from this any more. It allowed me to figure out who I was.’

Last week he came out publicly, three months after he started telling his friends and family. You can only be delighted for him.

But Beattie’s is a story of nuance, of confusion, and offers no easy answers to the question of why there are no openly gay male footballers — a simplistic question that is usually rooted in a good place but contributes to the sort of spotlight that intimidates and inhibits.

The details Beattie has bravely chosen to share show that there is no neat narrative.

He takes us back to when he signed his first professional contract at Hull, aged 16, having joined the club at nine. ‘A few of the senior pros took the new intake to a strip club,’ he says. ‘I didn’t know I was gay at the time and where I grew up in Goole, Yorkshire, there wasn’t that kind of diversity, so I didn’t understand. But I knew I felt uncomfortable for some reason.’

Beattie would have girlfriends through his early and mid-twenties but something ‘nagged’ at him in the absence of any obvious attraction to men at first. ‘I just had a feeling I wasn’t being me,’ he says. 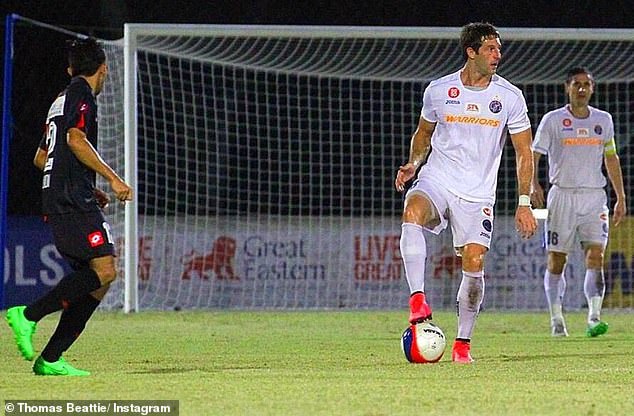 A complication around football came in 2006, when Beattie was 19. He had half a year left on his deal at Hull under Peter Taylor but had not broken through to the first team. The club rated him, but the pressures of making it felt unbearable to a young adult who, in his words, ‘didn’t know who I was and why I felt like it’. For that reason he escaped to take a football scholarship in the US.

‘I just needed to be outside of that pressure environment,’ he says. While Beattie would go on to get professional contracts with Canadian clubs between 2008 and 2013, he rejected Scottish Premier League side Kilmarnock in 2009 for similar reasons to why he left Hull.

‘I was there three weeks and just felt uncomfortable again,’ he says. ‘I was maybe 21, and the fear of being in such a pressurised environment when I was struggling to understand who I was, that was hard.’

By the age of 23, Beattie was having distinct thoughts that he was gay. Burying them became his routine.

‘I was most vulnerable at night,’ he says. ‘In the evenings it would be creeping in on my brain and I would start getting on the phone or going to the gym, blocking it out.’ 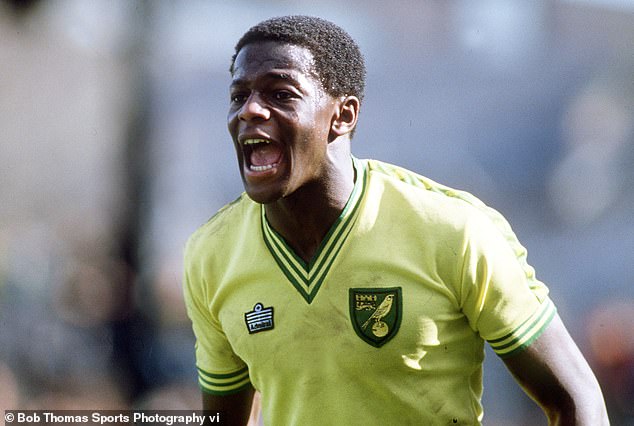 At 28, and having played for Hougang United and Warriors in Singapore, Beattie knew for sure. But not once did he tell a team-mate. His reasons are illuminating.

‘I never came close to telling anyone,’ he says. ‘That was for a couple of reasons. Mainly because of my reluctance to accept it within myself. But also because in football, everything is centred on the game and anything that distracts your energy can be a problem.

‘That is something that needs to be kept in mind and also it is possibly why people do not come out. Even if I had complete contentment with who I was, football is volatile — you never know where you are going to be one year to the next and adding that level of uncertainty to it is not easy. There are countries where it could be illegal and suddenly you are limiting yourself.’

He continues: ‘The dressing room isn’t what people maybe say. You would hear the odd homophobic word, but usually they are words and not feelings.

‘To be honest, especially now, a dressing room is so diverse — people from all ethnicities. You just can’t be a fundamentally discriminating person in that environment.’ 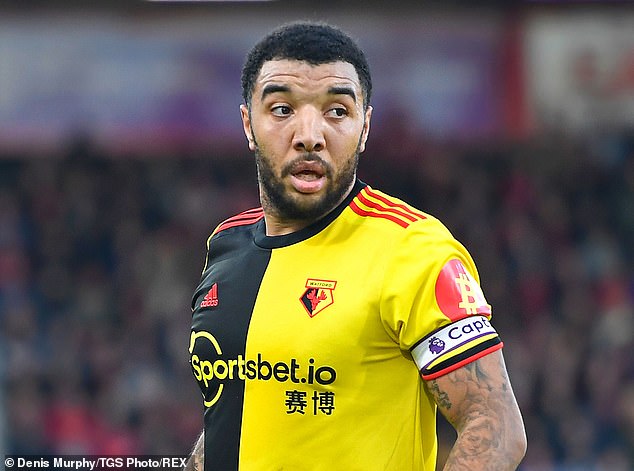 Beattie agrees emphatically with the view that abuse from supporters is a greater deterrent than fears over colleagues. ‘Definitely,’ he says. ‘Society has the biggest part to play in all this.’

So far, since coming out last Tuesday, Beattie says the response has been ‘amazing if a bit crazy’. He adds that ‘hundreds of sportsmen around the world have made contact’. His hope is to be a sounding board for others contemplating the step, though he accepts in football it will always be hard.

‘That spotlight on it will make it difficult,’ he says.

Today Beattie, 33, is happy with who he is. As an entrepreneur in Singapore, he is involved in 11 projects from restaurants to real estate to app development — a successful and thriving man. As an ex-footballer, he has just re-cleared an overgrown trail that Justin Fashanu once created.

Hopefully, in time, it won’t take a fractured skull for others to feel they can follow the same path.