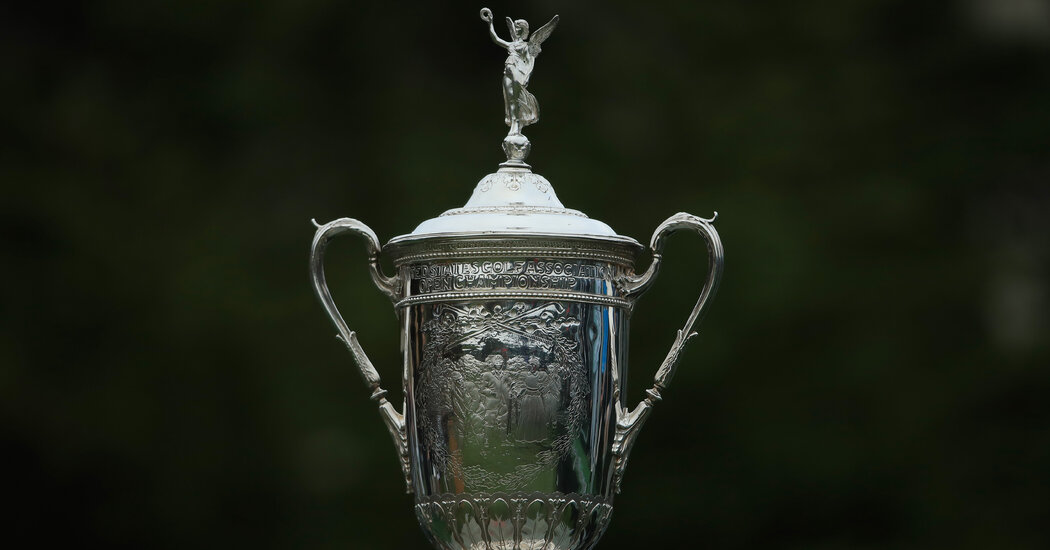 For almost 100 years, the hallmark of the United States Open has been the qualifying procedure. It’s integral to the very nature of the Open, as the tournament is open to all comers — provided they have an official handicap index of 1.4 or better.

Usually the Open field is composed of 156 players, with half of them qualifying via prior performance and the other half through a series of grueling qualifying rounds. The Open is played on some of the finest courses in the land, under the most rigorous conditions imaginable, but the need to first qualify through superlative play is paramount.

It is this requirement of having to earn one’s way into the championship that clearly sets the Open apart as the most democratic of all of golf’s tournaments.

Typically, there are 9,000 to 10,000 applicants for local qualifying at about 115 sites across the country, with successful qualifiers moving on to 10 regional qualifying sites in the United States. There are also additional international qualifying rounds, with regionals in Canada, England and Japan. Most years, about 78 players are fully exempt into the championship and qualify through a variety of categories — winners of the major tournaments over the past several years, winners of other U.S.G.A. events in the past year, high finishers on various money lists and the like.

Because of the coronavirus pandemic, the U.S.G.A. canceled all qualifying and replaced it by deliberately selecting players picked from several golf performance lists for approximately half the field with the other half coming from the fully exempt categories as usual. Because of the change of dates for the tournament — to mid-September from mid-June — the field was reduced to 144 players, a result of the fewer hours of available sunlight in the fall than in the summer that is critical to completing the first two rounds with a much larger field.

The goal was to mirror — as closely as possible — the average composition of the various player categories over the past few years and fit play into the available light. John Bodenhamer, the U.S.G.A.’s senior managing director, in charge of the Open, acknowledged that the goal was to mirror the average composition of the past few years. “This has been a very challenging year, and to go without qualifying is deeply disappointing to us,” he said.

However, the U.S.G.A.’s category selections were somewhat arbitrary — for example, this year’s inclusion of players off the Official World Golf Ranking list was increased to 70 from 60; 13 amateurs, always a fixture in the Open, were included, down from the 18 who played their way into the 2018 U.S. Open at Shinnecock Hills Golf Club in Southampton, N.Y.

Without the qualifying rounds, there won’t be any wonderful, compelling stories about the young assistant pro at a small club who overcomes all odds to qualify or the heartwarming tale of the senior amateur who first played in the Open 25 years before and finally made it back. The U.S.G.A. takes great joy in publicizing those individuals.

Also missing will be the ultimate Cinderella stories — the players who had to go through the qualifying rounds and went on to win the U.S. Open — Ken Venturi in 1964, Orville Moody in 1969, Steve Jones in 1996, Michael Campbell in 2005 and Lucas Glover in 2009.

Because of the elimination of local and sectional qualifying, this year’s Open is tantamount to an invitational tournament. But the winner’s name will appear on the U.S. Open trophy right there with the greats of the game. His scores will go in the official U.S.G.A. record book and he’ll also receive the same gold medal as those legendary players.

As a counterpoint, consider the case of the 1942 Open. It was called the Hale America Open, but it came to be known as the Wartime U.S. Open. It was conducted by the U.S.G.A., with an assist from the Chicago District Golf Association and the PGA of America, and was played at Ridgemoor Country Club in Chicago on the traditional mid-June dates for the U.S. Open.

Most significantly, it featured local and sectional qualifying conducted by the U.S.G.A.

Virtually all of the top players were there; players who had already won a major or would go on to win one. Bobby Jones even came out of retirement to play.

Without a doubt, it had all of the trappings of the U.S. Open.

Ben Hogan won by three strokes over Mike Turnesa and Jimmy Demaret, and by four over Byron Nelson, shooting 17-under-par 271 for the tournament. Hogan’s Open appeared for many years in the official record book. And the gold medal that Hogan was presented with by the president of the U.S.G.A., George Blossom, was visually identical to the other four he would go on to win. There was one very slight exception — the background of a small field of stars on the face of the medal, about half the size of a pinkie fingernail, is not painted blue as it is normally in the ones that winners get for winning the Open.

The threshold question then is, if this year’s U.S. Open, without local and sectional qualifying — the bedrock principle underpinning the U.S. Open — is considered official, shouldn’t Hogan’s name be added to the iconic trophy and his records put back in the official record book as well?

Hogan always believed he won five U.S. Opens, though U.S.G.A. removed the 1942 victory from their record book and did not engrave his name on the trophy. Restoring his fifth title would also change another bit of Open history: Hogan’s 62 in the second round would also count as the lowest score in the tournament’s history.

From TIFF to Oscars: How the Audience Award Translates to Best Picture
World News