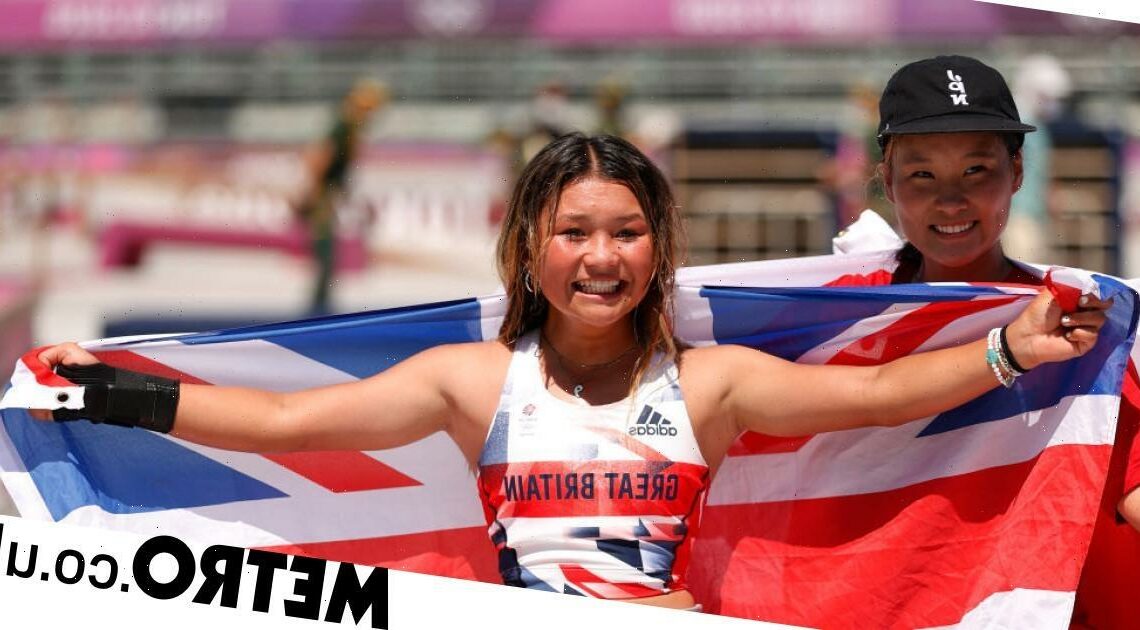 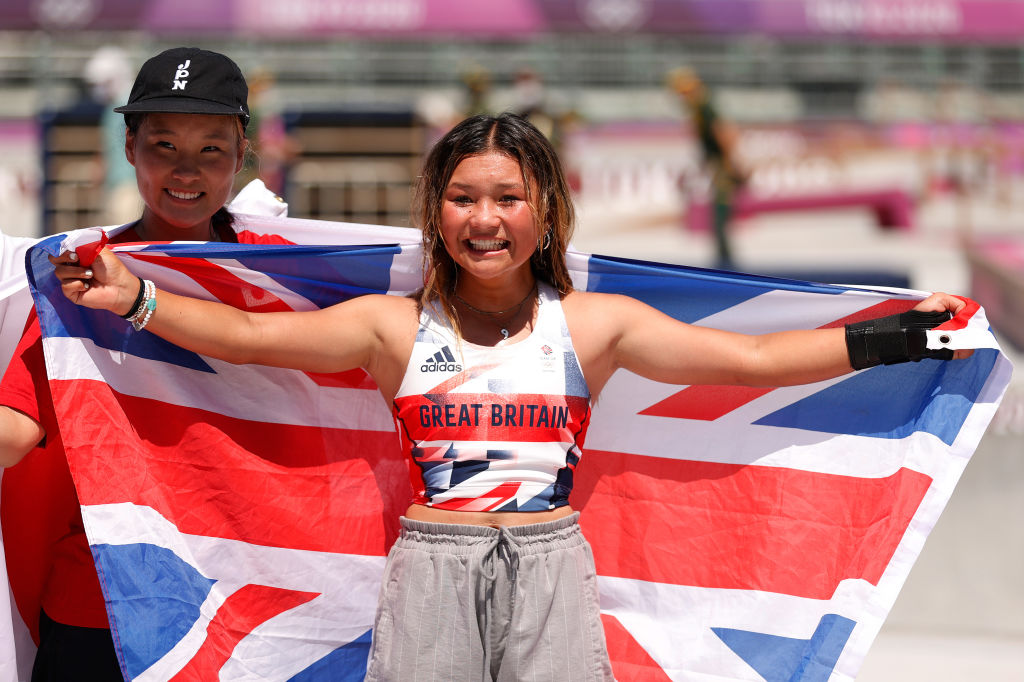 Brown, 13, clawed her way into the medal spots with a high-pressure final run, ensuring she wrote herself into the history books by becoming Britain’s youngest-ever summer medallist.

At 13 years and 23 days, she eclipsed Margery Hinton’s longstanding record of 13 years and 43 days – from when she competed in swimming in the 1928 Games – to become Britain’s youngest competitor.

Her medal hopes were under threat after she fell in her first two runs but she regained her composure to produce a 56.47 on her final try.

‘This is insane,’ she told the BBC after claiming bronze at Ariake Skate Park.

‘It’s incredible. It feels unreal. I’m so happy to be here. I’m blessed.

‘Yeah, I was definitely bummed that I fell twice but that made the last one feel even better.

‘All the girls are ripping it, it was insane. It was a super sick final and semi-finals. It was insane.’

Asked what her plans are after landing bronze, she smiled: ‘I’m gonna hang out with some friends and party.’

Brown was born just a month before the Beijing Olympics in 2008 and, remarkably, she was left fighting for her life just a year ago after suffering a horrendous fall in training.

She plunged 15ft off a ramp and was left with a fractured skull and with her arm in a cast but that didn’t put her off and she returned to skateboarding and has now claimed one of sport’s ultimate prizes.