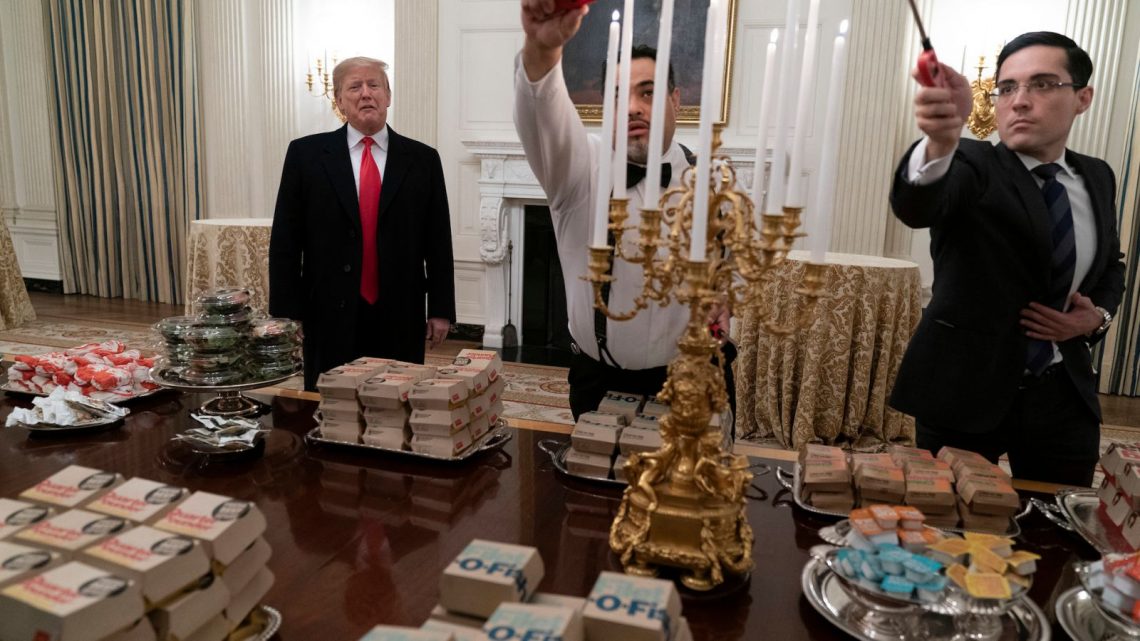 Earlier today, President Donald Trump boasted about getting a bunch of fast food for the college football national champions, who were visiting the White House tonight, and he really did it! Take a gander at those carefully arranged sauce packets in a dish on top of a tray, for no reason.

There’s nothing wrong with eating fast food. But if I were on the Clemson Tigers, a 15-0 team that destroyed a college football dynasty in the national title game, and I came to the White House and was met with this assortment of sandwiches and wraps that definitely sat through at least three different security checkpoints, I’d feel a little sold out.

Clemson didn’t just eat droopy salads and burgers because Trump likes them. A White House flack claimed that because of all the furloughed residence staff due to the government shutdown, as well as the snow closures in D.C., the President went and bought a ton of fast food so the football players wouldn’t go hungry. So, yeah, Trump’s trying to weaponize Big Macs against the Democrats because no one has given him his border wall money yet.

If you’re interested in a minute and a half of Donald Trump trying to form thoughts on all the food in front of him, you’re in luck:

The food was indeed eaten.

Although the pool photos didn’t capture the full spread, the pizza and fries were on a different table.