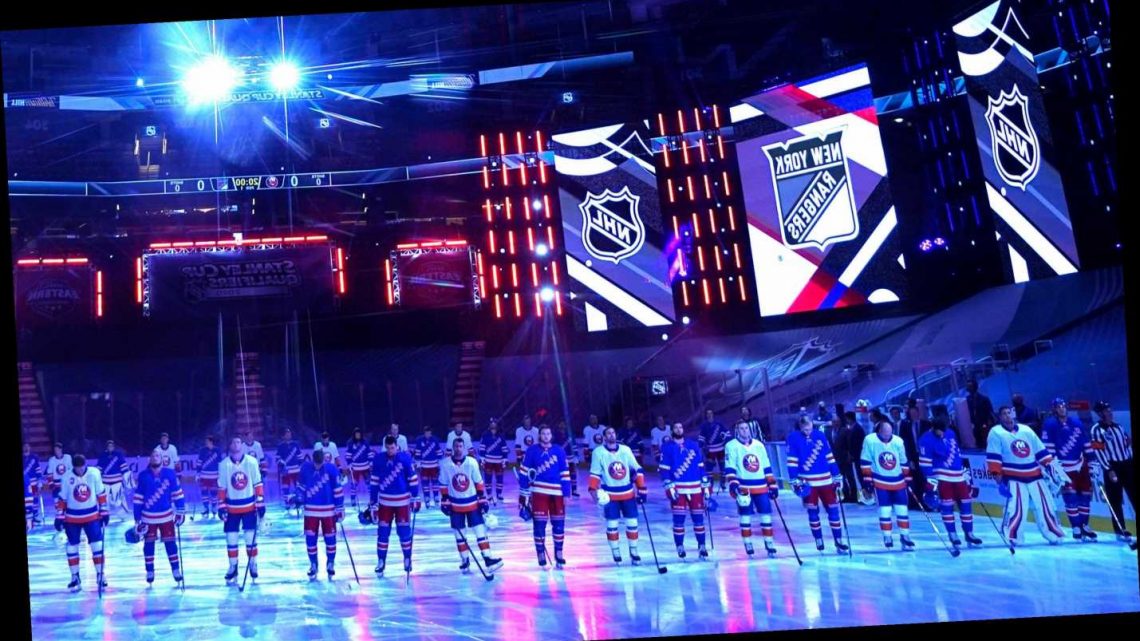 These NHL playoffs will be different in so many ways

The hardest trophy to win in professional sports — that’s the Stanley Cup, by the way, or haven’t you been paying attention for the last century? — had become more a test of attrition and stamina than talent.

Yes, we grew up on the legend of Bob Baun scoring an overtime goal while playing on a broken leg to save his Maple Leafs from extinction in Game 6 of the 1964 finals before Toronto would then capture the chalice in Game 7, and we all kind of marveled when Gregory Campbell remained on the ice for at least one minute and finished his shift after breaking his leg by blocking an Evgeni Malkin drive in Game 3 of the 2013 conference finals.

But those acts of hockey courage should be exceptions and not the rules they have become, and was it honestly wise at all for Patrice Bergeron to play Game 6 of the 2013 finals against Chicago with a broken rib, separated shoulder and a small puncture in his lung?

It was inspirational, but more than that, it was playoff hockey personified. But, and though Bergeron’s case was an extreme one, four rounds of best-of-seven played under Macho Rules that follow an 82-game grind of a marathon regular season not only depresses the value of talent, but at the end we are generally left with two exhausted, battered teams hanging on like Ali and Frazier in Manila.

But this 2020 Extravaganza that includes 24 teams, best-of-five qualifying rounds and rinks turned into TV studios in spectator-free buildings in Toronto and Edmonton will be different. But not only will it be different in every way, with teams beginning from a standing start following a four-month hiatus, no one should be unduly fatigued as the tournament evolves.

And perhaps Alanis Morissette can help me out here, but isn’t it ironic that in the midst of a pandemic, NHL teams have never been healthier entering the playoffs/play-ins?

We can’t know how the lack of fans and crowd noise will affect teams, but of equal importance, we can’t know how the officiating will be impacted without that variable. No referee will raise his arm five seconds after the fact because of a crowd reaction. Yes, that happens sometimes.

How many times can we say, we don’t know what to expect? Probably not enough times to fill this space. Not only don’t we know what to expect, there is no empirical evidence with which to inform. Yes, there was the 68-71-game regular season to provide clues, but that kind of was last year, wasn’t it?

There are probably teams that don’t belong here and there are at least a couple of these teams that never would have made it to the tournament had the season proceeded uninterrupted to the finish line. But they’re here, and specifically Chicago and Montreal are here, and though neither is likely to come anywhere close to winning the requisite 19 games to capture the Cup, both are capable of winning three out of five.

But if either team somehow does prevail in the qualifier, the Blackhawks facing the Oilers and the Canadiens hooking up against the Penguins, it will be no more or less a statement about the format than the Blue Jackets’ upset of the Lightning in last year’s first round. There may be no form to this year’s event, but didn’t we celebrate when the 63-point Kings defeated the 111-point Oilers in the 1982 Miracle on Manchester series?

The teams with the four best records in each conference will play a round robin for seeding that is certain to lack the juice of the qualifying best-of-five. A seeded team might get caught flatfooted early in the official first round of the playoffs against an opponent that has built momentum off its qualifying-round victory, but there are always anomalies in the playoffs, when one team has zero rest after winning in seven while its opponent has been sitting for a week following a sweep.

The absence of crowds and the soundtrack that emits urgency will force teams to generate their own energy and probably will minimize the experience factor, for no one has experience with anything like this. Let’s agree to hope that this is a once-in-a-lifetime event that will produce a Stanley Cup champion.

And the champion will be a worthy one, as legit as the 2012 Kings and as legit as the reigning champion Blues, who won last year’s Cup after finishing with the NHL’s 12th-best record during the season.

Of course a team coming out of the qualifiers could win the Cup … if that team is called the Penguins. I could envision the Toronto-Columbus winner becoming a very difficult out and the same for the ’Canes if they can get by the Rangers. It might be my own myopia, but I just don’t believe any of the eight Western qualifiers — almost indistinguishable beyond Edmonton and Chicago — have the goods to make meaningful noise throughout the tournament.

There are nearly as many potential first-round matchups as there were possibilities entering the entry-draft lottery drawing, and hoo boy, let’s not forget that Alexis Lafreniere awaits the lucky loser of the qualifier.

But before we get to that, let’s go. In the East: PENGUINS over CANADIENS in 3; RANGERS over ’CANES in 5; ISLANDERS over PANTHERS in 4; MAPLE LEAFS over BLUE JACKETS in 4. In the West: BLACKHAWKS over OILERS in 4; PREDATORS over COYOTES in 5; WILD over CANUCKS in 4; JETS over FLAMES in 5.

Of course, the Presidents’ Trophy-winning Bruins, who have been sniffing around that second Cup pretty much annually since their last triumph in 2011, are extremely formidable. So are the Lightning, in a different spot but with the same expectations as last year, and so are the defending champ Blues. I’d honor all of them.

But sight unseen, I expect the Flyers to mount a serious run after having taken to Alain Vigneault’s refreshing style in his first season behind the bench. Carter Hart may not be Bernie Parent — who is? — but as long as he’s not Roman Cechmanek, the Flyers are fine in nets, which is a phrase not so often repeated during the franchise’s ongoing 44-year drought.

And on the other side, Vegas sure looks like a pretty good bet, presenting depth throughout the roster; a potential Conn Smythe breakout contender in defenseman Shea Theodore; and a goaltending tandem of Marc-Andre Fleury and Robin Lehner.

Don’t pin me down on this because the first round won’t begin until Aug. 11. More relevant information will be available at that point. But it won’t surprise me if the Eastern finalist comes from Pennsylvania and the West is represented by the Golden Knights. Won’t surprise me, at all.

That will be then. But it starts now. Once in a lifetime for the Stanley Cup.