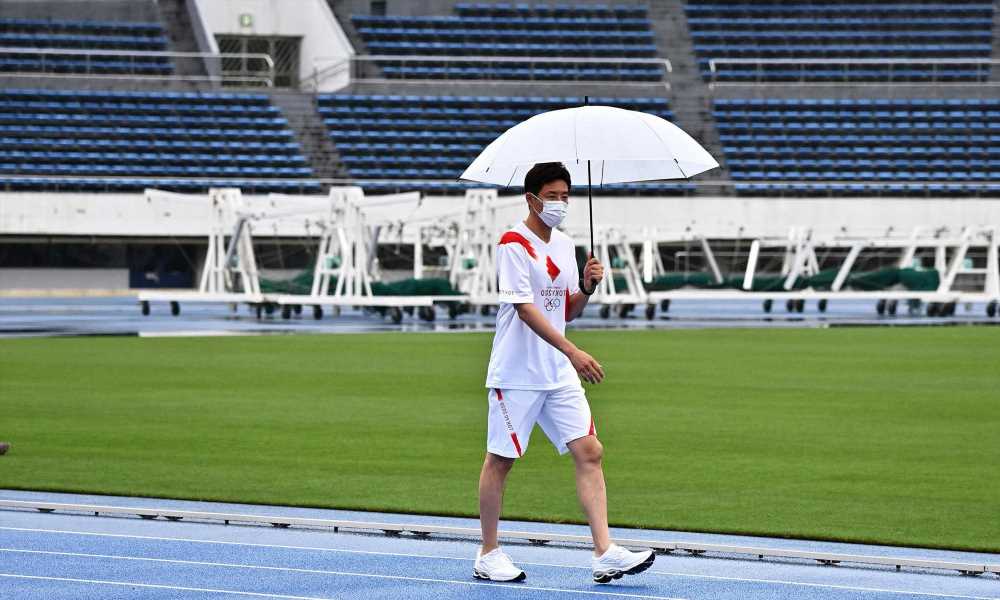 These fanless Olympics will be one of most depressing ever

Bucks, Suns were opposite sides of coin in historic draft

Why this Subway Series is so important for Yankees, Mets

On the one hand, you have scores of up-close-and-personal stories, all of them ready to be told across the next month or so. This is always the soul of an Olympic Games, of course.

Maybe it’s a little interesting to see that quadrennial’s version of the Dream or Redeem Team U.S. basketball outfits in person. Maybe the pros in the other sports — golf, tennis, soccer — can generate a little buzz now that the Olympics include all of Earth’s greatest athletes, not just those who train for their sports off the books.

But the true beating heart of the Olympics are the athletes you don’t know or forget about every four years: the swimmer who qualified on the last day of trials. The middle-distance runner who overcame asthma. The table-tennis players, and the wrestlers, and the fencers, and the rowers.

We may spend most of the three years and 49 weeks typically between Olympics aware that, say, Simone Biles is among the most gifted and accomplished gymnasts who ever lived, but it is during the Games we are allowed to celebrate her. And not just us: the world. You cannot simply dismiss and diminish what that means, especially since all of these athletes have already had to defer their dreams an extra year.

But there is another hand. That other hand is full of ominous headlines emanating from the Games of the XXXII Olympiad, which is due to kick off in Tokyo in two weeks after being postponed by the pandemic for a year. And the timing couldn’t be worse.

A new state of emergency — Tokyo’s fourth since the start of the COVID-19 pandemic — has been declared. A week after announcing that venues would allow half capacity, Olympic organizers declared on Thursday that they would bar spectators from almost all venues for the duration of the Games.

The traditional torch relay has already been closed to the public. Journalists covering the Games have already gotten used to the harsh truth that all the things that make covering Olympics so glorious beyond covering great stories — exotic food, plentiful drink, historic sights and sounds — will be closed to them. They will mostly be limited to hotel rooms and Zoom meetings.

And the athletes will compete in empty stadiums, in empty pavilions, in empty arenas, in empty natatoriums. It is enough to make you wonder why they should even bother, until you start to read all those up-close-and-personals, until you remember the endless hours of sweat and pain and lonely discipline, all the time spent shaving fractions of seconds off times, the difference between participating in the Olympics and watching them on TV.

I will not be the one to tell athletes they should boycott these Games.

But as the numbers spike in Tokyo, it is also fair to wonder at what cost their ambitions come. It is so easy to be cynical about the Olympics, which for decades majored in hypocrisy, which have always seemed tone deaf in the extreme. But there is a reason so many people are drawn to them. The athletes. Their stories. Their quests. Their devotion.

If the Games go on, even in this reduced state, and if the athletes still wish to compete, compete they must. But you can already tell this will be among the most depressing competitions ever. Because part of what makes these Games so unique, so wonderful, are the people. And absent the people …

I am often asked what my single favorite assignment of my career is. I have been lucky. I watched Eli Manning win two Super Bowls. I watched the Yankees win five World Series. I saw Larry Johnson’s four-point play from a front-row press seat. I am not short on candidates. And yet, the answer, always, is Sept. 20, 2001.

I was walking past Pavilion No. 3 at the main Olympic Center in Sydney when a recent acquaintance, Kok Huang Ong, grabbed my arm and pulled me inside. He was a reporter for the English-language paper of Malaysia. “Come,” he said. “I want to show you something.”

What I saw, in a flash, was a small pavilion overrun by 2,000 spectators — half Malaysian (chanting “Malaysia can!” in their native tongue) and half a briefly unified Korea (loosely translated to “Go Korea!”)

It was the semifinals of the doubles badminton tournament. Malaysia had never won a gold medal. And they wouldn’t here; Korea’s Yong Sung Yoo and Dong Soo Lee would outlast Malaysia’s Choong Tan Fook and Lee Wan Wah in three hard-fought sets. But for two deafening hours, back and forth, I saw the Olympics — sports, really — boiled down to its bare essence. And you find that every day at the Olympics.