Home » Sport » These Are the Highest-Paid NFL Players in 2018 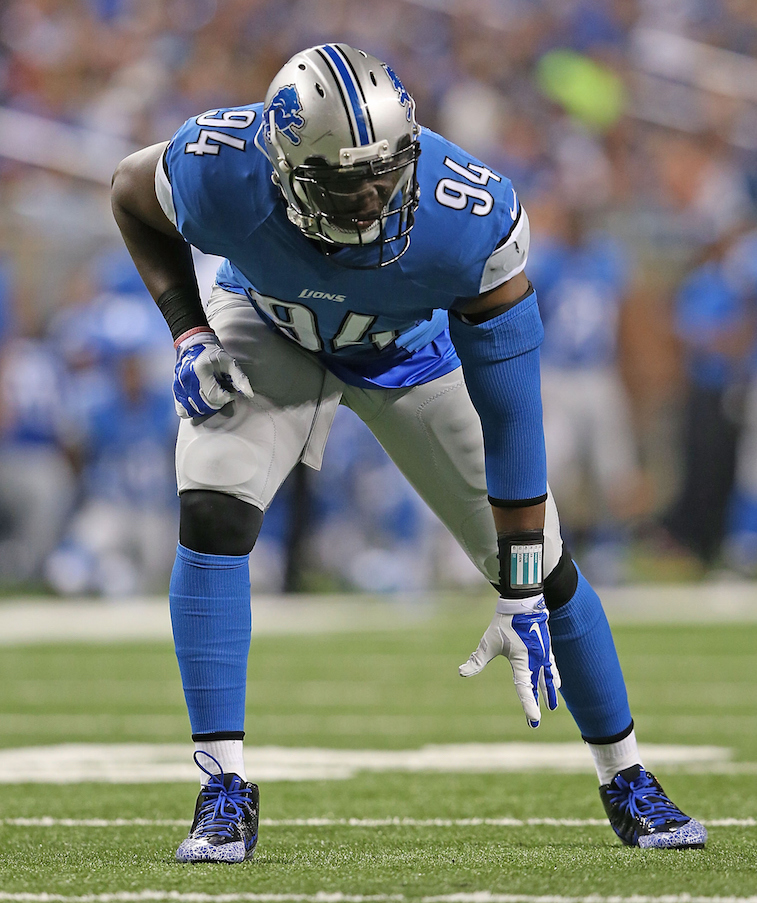 These Are the Highest-Paid NFL Players in 2018

In case you haven’t heard, being a professional athlete is usually a well-paying job, and playing in the NFL is no exception. The contracts aren’t guaranteed, but pro football players make a fortune. Even the underpaid players who richly deserve raises make more money than most people. Contacts are always in flux as players sign extensions or ink lucrative long-term deals, but the highest-paid NFL players in 2018 are making millions. (Even the often-injured slinger at No. 7 makes more than $20 million per season).

Case Keenum signed a huge deal with the Broncos before the 2018 season. | Dustin Bradford/Getty Images

Case Keenum was half of one of the most prolific QB-WR duos in college football history, and he led the Minnesota Vikings to the cusp of the Super Bowl during the 2017 season. The Broncos signed him before the 2018 season to help solve their awful QB situation, and now he’s one of the highest-paid players in football.

Von Miller is a game-changing defensive player, and he’s paid like one, too. | Justin Edmonds/Getty Images

Quarterbacks and pass rushers tend to make the most money in the NFL, and Von Miller definitely fits into the latter category. In seven seasons after being taken in the first round of the 2011 draft, he racked up 83.5 sacks, 21 forced fumbles, and 395 tackles.

Ryan Tannehill is better than the alternative. | Stephen Pond/Getty-Images

Ryan Tannehill’s career stats won’t overpower you (18,455 yards, 62.7% completion rate, and 106 touchdowns in five active seasons since 2012), but he’s better than the alternative, and the Dolphins pay for it. Almost every Miami quarterback since Dan Marino retired has been average at best. Tannehill is slightly above average, so the team makes him one of the highest-paid NFL players to keep him around.

Sam Bradford is one of the highest-paid NFL players in 2018. |  Christian Petersen/Getty Images

Even though his career is a little light on postseason accomplishments, Sam Bradford is still one of the wealthiest NFL players of all time. He signed a big rookie contract with the Rams before the NFL implemented a rookie wage scale, then moved to the Eagles and Vikings before signing with the Cardinals before the 2018 season.

If you want to argue Tom Brady is the best quarterback in history, you’re not to get too much flack from us. Between the constant winning and multiple titles, it’s easy to make the case. But are you surprised to see him so far down the list? A few QBs surpassed Brady in terms of salary, but no one in the NFL can match his career highlights.

There’s a new name on Cam Newton’s paycheck, but he still makes a ton of money. | Streeter Lecka/Getty Images

Cam Newton’s paychecks have a new guarantor now that David Tepper owns the Panthers, but it doesn’t matter. With his $20 million-plus salary, Newton is one of the highest-paid NFL players in 2018.

Philip Rivers is one of the richest NFL players in 2018. | Ezra Shaw/Getty Images

We’re not trying to push Philip Rivers out the door, but he’ll turn 37 late in the 2018 season, so he’s definitely in the twilight of his career. Still, his lengthy career makes him one of the richest active players in 2018, and his salary makes him one of the highest-paid athletes in the game.

We can’t say if Eli Manning’s play is elite, but his paycheck is. | Tom Pennington/Getty Images

Despite the two Super Bowl titles, Eli Manning’s career is defined mostly by inconsistency and one of the worst nicknames (ELIte) in sports. But based on those Super Bowls, he’s one of the best Giants of all time, and he’s paid like it, too.

Hall of Fame lock Ben Roethlisberger is one of the highest-paid NFL players. | Jim Rogash/Getty Images

A two-time Super Bowl champion, Ben Roethlisberger might already be the best quarterback in Steelers history (sorry to all you Terry Bradshaw fans). He’s a Hall of Fame lock, and he might have one more big contract left after his current 4-year, $87.4 million deal expires after the 2019 season.

The year 2016 was good for Russell Wilson. He married singer Ciara, and the celebrity couple is raking in the money. Part of the cash flow comes from Wilson’s 2016 contract that makes him one of the highest-paid NFL players in 2018.

Joe Flacco is going to be one of the highest-paid NFL players for a while. | Patrick Smith/Getty Images

You can make the argument that Joe Flacco’s contract is one of the worst in football, but we’re sure he’s pleased with it. Even as other players sign new deals, his contract, which expires after the 2021 season, will see him be one of the highest-paid NFL players for years to come.

Andrew Luck makes a ton of money despite his injuries. | Maddie Meyer/Getty Images

After an injury-shortened 2015 season and a complete wash in 2017, you can make the case the Colts are wasting Andrew Luck’s prime. You could also say they’re wasting their money, too. Whether or not he returns to form in 2018, he’ll be one of the highest-paid NFL players.

Drew Brees — one of the best and highest-paid NFL players in 2018. | Jamie Sabau/Getty Images

Drew Brees has defied the critics at almost every turn. Now he’s statistically one of the best quarterbacks in (NFL history and the Saints pay him like one, too. He’s one of the oldest players on our list, but he’s also one of the most successful and definitely one of the highest-paid NFL players in 2018.

Derek Carr is the real deal in the Raiders’ eyes.  | Ezra Shaw/Getty Images

Derek Carr’s massive contract signed in June 2017 makes him one of the highest-paid players in the NFL. Even though he hasn’t won anything besides regular season games, the Raiders see him as the real deal and the man to lead the team from Oakland to Las Vegas in the near future.

We just discussed Derek Carr, who signed a mammoth contract in June 2017. In late August 2017, Matthew Stafford signed a historic contract that (briefly) made him the highest-paid NFL player ever.

Jimmy Garoppolo gets a nice payday from the 49ers. | Robert Reiners/Getty Images

Jimmy Garoppolo went from the Patriots to the 49ers via trade during the 2017 season, and he helped San Francisco close the season strong. The team rewarded him with a new contract on Feb. 8, 2018. The 5-year, $137.5 million deal makes him one of the highest-paid NFL players in 2018.

Back in 2017, we thought Kirk Cousins might break the bank with a new deal in free agency. On March 15, 2018, he made it happen. He moved on from the Washington Redskins in a big way when he signed a 3-year, $84 million deal with the Minnesota Vikings.

Matt Ryan’s 2018 contract sees him making the most money of any player in the NFL. | Kevin C. Cox/Getty Images

If you’ve been paying attention, then you’ve probably sensed a trend. All of the highest-paid NFL players are quarterbacks and the ones who most recently signed contracts make the most money. Matt Ryan led the Falcons to a Super Bowl, and even though it didn’t win, the team is paying him like a champ. The 5-year, $150 million contract he signed May 3, 2018, ensures he gets the biggest paycheck in the league.

All total compensation figures from NFL.com and Spotrac.

Read more: These States Have the Most Fast Food Restaurants in America