Home » Sport » There Is a Reason All the No. 1 Women’s Seeds Play Today 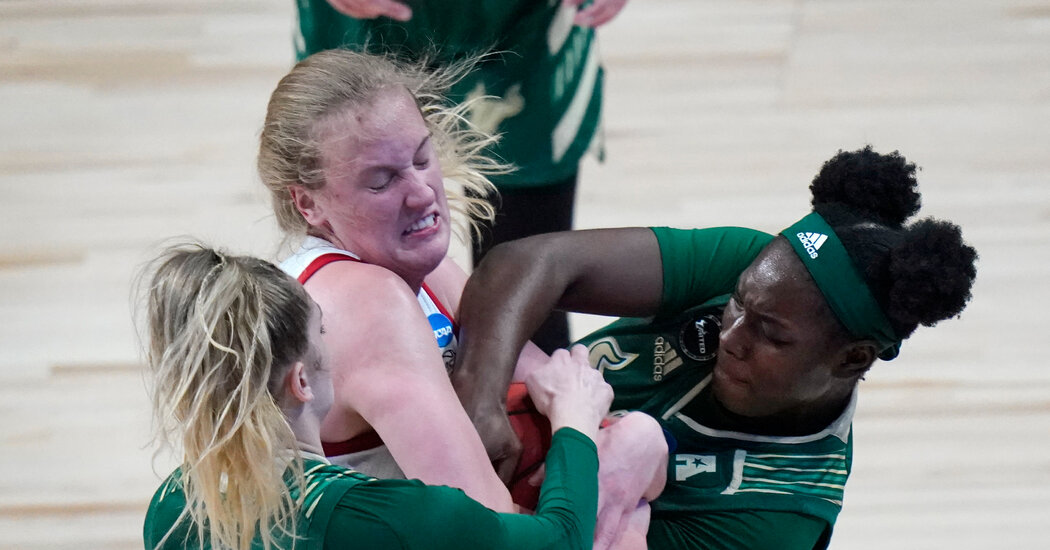 There Is a Reason All the No. 1 Women’s Seeds Play Today

SAN ANTONIO — Basketball fans have had an unusual chance this week to binge-watch all four top seeds in an N.C.A.A. tournament within hours of one another. Generally, that would be possible only if each team reached the Final Four, when the session would be limited to two games.

But for the women’s tournament this year, the top seeds were deliberately lined up to play on the same day in the earlier rounds. The N.C.A.A. and ESPN, which has exclusive television rights to the tournament along with its sister station ABC, wanted it that way particularly for the second round on Tuesday, when the men’s tournament would be idle. The scheduling move created a chance to showcase the favored teams.

“It provided an opportunity to spotlight and tell the story of the No. 1 seeds,” Rick Nixon, a spokesman for the N.C.A.A., wrote in an email on Tuesday.

The arrangement meant an afternoon game for North Carolina State, a late-evening start for South Carolina and prime-time matchups for UConn and Stanford, the teams considered most likely to meet in the final.

The N.C.A.A. has not decided whether all four top seeds, assuming they all win on Tuesday, would again play on the same day in the round of 16, which is scheduled for Saturday and Sunday.

The men’s basketball tournamentwrapped up its second-round games on Monday and will not return until its round of 16 this weekend. The first game is between Oregon State and Loyola Chicago at 2:40 p.m. Eastern on Saturday.

Though top-seeded N.C. State beat South Florida, a No. 8 seed, in a game that tipped off at 3 p.m. Eastern, the Wolfpack looked susceptible to an upset in the first half — in danger of adding to the trend of teams being startled by lower-seeded opponents over the past few days.

The Bulls were ahead by a point at halftime, but the Wolfpack pulled away for a 79-67 victory.

“We got to defend and rebound if we want to stay around,” N.C. State Coach Wes Moore said in a postgame interview.

All the No. 1 seeds were matched against No. 8 seeds in the second round — South Carolina facing Oregon State at 7 p.m. Eastern, then Stanford meeting Oklahoma State and UConn taking on Syracuse, both at 9 p.m. Eastern.

Placing UConn and Stanford during a prime-time slot was intended to reach a wider audience, a spokeswoman for ESPN wrote in an email, and to ensure that fans on the West Coast could watch the Cardinal after work hours.

The semifinals, which are usually shown on ESPN2, will be on ESPN this year, she added.

The past week has shed a light on some of the inequities between men’s and women’s sports, as each tournament opened in restricted-access environments because of the coronavirus pandemic — the women in Texas, primarily San Antonio, and the men in the Indianapolis area.

Disparities in the setups of the two tournaments — seen in their weight rooms, the food provided, the virus testing and even in the court insignia — have provoked extensive commentary. Coaches and players alike have posted statements online and spoken about the differences that they say represented a systemic problem within college athletics.

Nell Fortner, Georgia Tech’s coach, posted a statement on Twitter on Tuesday calling on the N.C.A.A. to treat its athletes equally and noted the interest the general public had expressed about the coverage of weight room disparities.

The coach drew upon examples provided by Sedona Prince, a forward for Oregon, who shared videos of the weight room in posts to TikTok and Twitter on Thursday. A post by Prince on TikTok had at least 8.8 million views and another on her Twitter account had at least 17.1 million views as of Tuesday evening.

“We do command a massive and loyal TV audience that post ratings on par with some of the largest sporting events in our country,” Fortner wrote of the women’s game. “We are a valuable asset that has consistently earned the right to be marketed, promoted and conducted as a great championship rather than an afterthought.”

While the men’s tournament generated over $850 million in television rights this year, the women’s tournament is part of a multisport broadcast deal worth almost $42 million this fiscal year.