Home » The Yankees are broken in so many ways 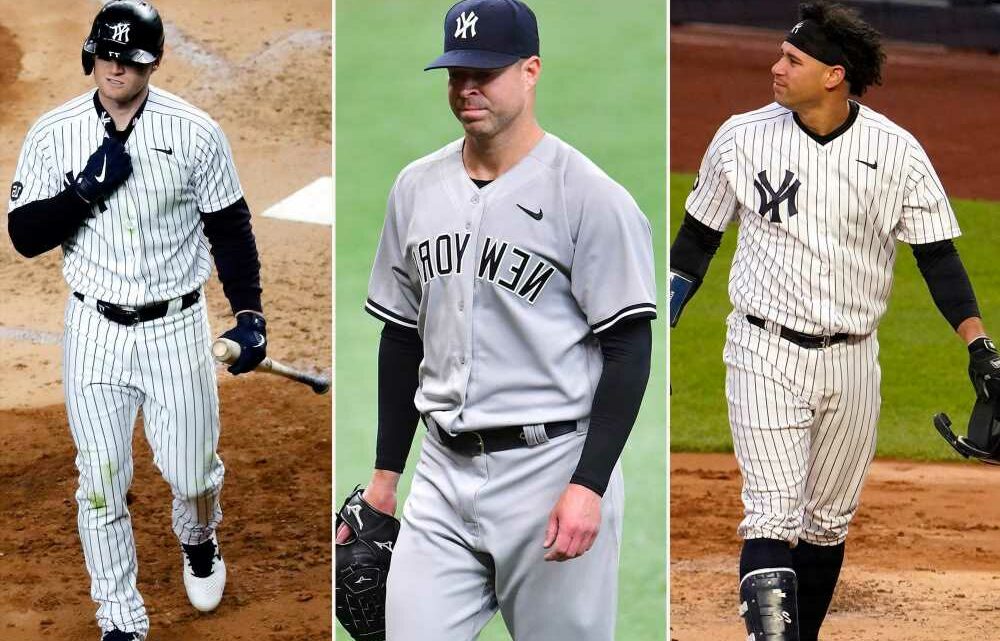 The Yankees are broken in so many ways

BALTIMORE — It’s nearly four weeks into the regular season and the Yankees are in last place in the AL East, on their way to their worst April since 2016 when they went 8-14.

That’s also the last time they failed to make the playoffs, as they finished in fourth place in the AL East.

And while the Yankees will tell you it’s still early — and it is – it’s not that early.

The problems that have plagued them aren’t showing signs of going away as they sit in the basement of the division.

Their slugging percentage of .348 is the worst in the majors and their OPS is .650, ahead of only the Tigers.

Incredibly, almost every offensive player is in an ugly slump, with the exception of Gio Urshela and Aaron Judge.

And the struggles are clearly getting to them. Their comeback chances all but ended at Camden Yards on Monday night when Judge was thrown out at third base after Urshela’s base hit to left to end the top of the eighth inning. The play prevented DJ LeMahieu’s run from scoring, which would have gotten the Yankees to within a run.

Afterward, Judge admitted he was too aggressive on the play, but that’s certainly a product of them failing to produce offensively.

As they head into Tuesday’s game against the Orioles, who have now beaten the Yankees four straight times in Baltimore after dropping 18 in a row, here’s a look at what’s wrong:

All bets are off when Gerrit Cole isn’t starting

Cole has lived up to expectations so far this season — and so has the rest of the rotation, at least in the eyes of some observers, who doubted the depth of the other four.

Tuesday night’s starter, Corey Kluber, has looked like someone who hasn’t pitched much in the past two years. The Yankees remain confident as the right-hander gets more work in, the results will improve and the 35-year-old has historically gotten better as the season has gone on.

Jameson Taillon has been effective at times, but hasn’t been able to figure out the fourth inning, which is a problem for a starter. Again, there is a belief he will round into form after not pitching since May 2019 due to a second Tommy John surgery.

Domingo German, who looked sharp in spring training after missing all of last season while serving his MLB domestic violence suspension, hasn’t been as effective during the season.

And Jordan Montgomery, healthy and ready for his first full season since 2017, got off to a promising start, but has allowed 11 earned runs in 15 ⅔ innings in his last three outings.

The numbers speak for themselves. After a brief display of power in Cleveland, when they hit nine homers in four games to help produce their first three-game winning streak of the season — the Yankees looked lost again on Monday, when they were shut down by Matt Harvey. As one AL scout put it Tuesday, “Almost everyone is going bad.”

That includes particularly worrying trends from Gary Sanchez, whose solid start is a thing of the past and he’s slipping towards the horrific numbers he put up in 2020. In his past nine games, he’s 2-for-28 with 10 strikeouts and no extra-base hits. In the same stretch, Gleyber Torres is 6-for-33 with no extra-base hits. Aaron Hicks is 4-for-33 in 10 games, but two of those were homers. Clint Frazier is 2-for-37 with 17 strikeouts, although the Yankees point to his nine walks as a positive sign. LeMahieu is 2-for-20 and Brett Gardner is 1-for-19. Urshela, Judge and the more recently productive Giancarlo Stanton can’t generate enough offense on their own.

So what to do? There are no simple fixes. No one on the 40-man roster could be expected to come up and provide an impact, from Tyler Wade to Estevan Florial or a pitcher like Michael King.

King was recalled from the alternate site to replace Deivi Garcia, who was optioned to Scranton following his mediocre outing on Monday.

With Luke Voit likely about two weeks away, it might be a while before the Yankees get a spark unless someone already on the roster is finally able to provide one.