Home » Sport » The Spot: How an insurgent candidate grabbed the spotlight 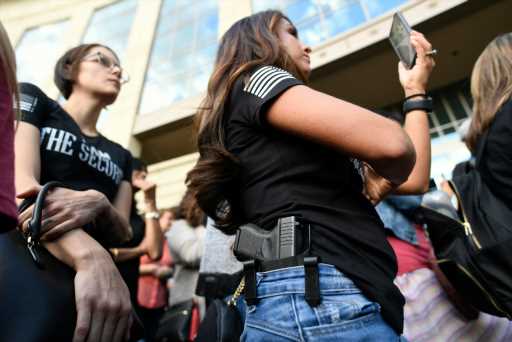 The Spot: How an insurgent candidate grabbed the spotlight

What’s The Spot? You’re reading an installment of our weekly politics newsletter. Sign up here to get it delivered straight in your inbox.

I was in Aurora last September to cover a Beto O’Rourke rally when I spotted a woman in the crowd with a gun holstered to her side.

Beto, as you may recall, ran for president on a platform that included mandatory confiscation of certain firearms. So the woman openly carrying a Glock really stood out in a crowd of people who supported the most outspoken gun-reform advocate in the 2020 Democratic presidential field.

I introduced myself to her, and she told me she had driven four hours from her home in Rifle, Colorado, to be able to tell Beto he was wrong to his face.

“There is no reasonable gun legislation. There is none,” she said, adding that favorite refrain of Second Amendment purists: “The only way to stop a bad guy with a gun is a good guy with a gun.”

After five minutes, we wrapped the conversation and, so I could quote her in my story, she shared with me her name: Lauren Boebert.

The clip went semi-viral. At the time, I didn’t realize the extent to which that was by design, or that it would launch a meteoric rise to prominence for Boebert, a 33-year-old mother of four who owns a gun-themed restaurant in a town that’s named after a gun.

She declared late last year she’d challenge U.S. Rep. Scott Tipton in the GOP primary for Colorado’s 3rd Congressional District, and she made a point of highlighting her exchange with Beto early and often in her campaign.

Her bio on Twitter, where she’s racked up more than 135,000 followers since December alone, still reads: “I am the mom who told Beto HELL NO you’re not taking our guns!” She posted a campaign video that today has more than 2 million views, hashtagging  it “#HellNOBeto.”

Well, as you probably know by now, Boebert beat Tipton on Tuesday. That means there is now a good chance that she will be seated in Congress come January, and I have to say, I can’t recall such a surprising and swift ascension in my time covering Colorado politics. Nobody I know predicted her win. I certainly could not have guessed that the armed, unknown Beto antagonist in the crowd that September evening would be here today.

Looking ahead to November in this week’s Spot, Justin Wingerter writes about the Mitch McConnell factor in Hick vs. Gardner. We’ve also got Saja Hindi on how lawmakers fared in their various bids to trade Capitol posts for county commissioner seats. And Conrad Swanson details potentially transformative policy changes on homelessness in Denver.

To support the important journalism we do, you can become a Denver Post subscriber here.

You can send tips, comments and questions to me at [email protected] or to the other Post reporters below.

In November, Lauren Boebert will face Democrat Diane Mitsch Bush, a former lawmaker and Routt County commissioner who also ran in 2018. Some of Boebert’s conspiracy-minded comments have come under scrutiny, and political analysts and insiders say the general election just got more unpredictable.

McConnell is a star, for both sides

In 2014, there was a U.S. Senate race in Kansas. Republican Sen. Pat Roberts, up for re-election, faced an independent by the name of Greg Orman, and Roberts’ strategy was to link Orman to the pugnacious Senate Democratic majority leader, Harry Reid, who was unpopular in Kansas.

The strategy was so overt that reporters, myself included, would count how many times Roberts said the words “Harry Reid” in speeches and debates. That September, during a debate at the state fair, hecklers shouted “Harry Reid!” before Roberts’ answers, to mock his predictability.

In 2020, the Senate majority leader is Mitch McConnell, a Kentucky Republican as disliked by Democrats as Reid was by Republicans back then. From the lips and keyboards of Colorado Democrats, you’ll hear McConnell’s name nearly as often — and likely said with just as much animosity — as invocations of Sen. Cory Gardner, the Yuma Republican they’re all trying to defeat in November.

“(McConnell) has the highest net unfavorability of any politician in Colorado,” Marie Aberger said. “And, anecdotally, we have a cardboard Mitch McConnell at our events — people recognize him.”

Aberger’s job title is a testament to Democrats’ focus on McConnell. She’s a spokesperson for Cut the Strings Colorado, a campaign by the Democratic dark money group Rocky Mountain Values. Her job is to highlight Gardner’s ties to the majority leader, often in silly-season ways. On Thursday, she released a playlist of breakup songs Gardner should sing to McConnell.

A poll conducted for ProgressNow Colorado in May found 22% of Coloradans had a favorable opinion of McConnell and 53% had an unfavorable opinion. Gardner and even President Donald Trump were considerably more popular than that.

McConnell appeared in a mid-June ad from Senate Majority PAC, a Democratic group, that criticized Gardner and defended John Hickenlooper, who is now the Democratic nominee. And he pops up often in ads from Aberger’s Rocky Mountain Values, portrayed as a puppeteer.

But Gardner isn’t shying away from McConnell. In the second half of June, McConnell starred in a straight-to-camera ad for Gardner. Facebook analytics show it was primarily targeted to older voters outside Colorado — members of the Republican donor class, which still likes McConnell.

“Chuck Schumer only needs to flip four seats to take away our majority,” McConnell says in the ad, referring to the Senate minority leader from New York. “We have to stop him. Step up and help Cory Gardner, one of our most effective leaders in the Senate. Help him fight off Schumer and the radical left.”

It was a race that split Republicans amid allegations of election fraud and corruption during party caucuses by an aide to Buck’s ex-husband, state party chair (and U.S. Rep.) Ken Buck. There still are a lot of questions about that as investigations continue.

Perry Buck was vying for the seat when Commissioner Sean Conway resigned in February, but she lost the appointment to Ross. On Tuesday, she won the seat with 62% of the vote to Ross’ 38%.

Buck’s race is one of a handful of Weld County elections that drew attention for political ads and big money spent on primary races in the Republican stronghold.

Buck is not the only lawmaker angling for a county commissioner post. Former Rep. Lori Saine of Dacono is running for Weld County commissioner in District 3, and she narrowly won the Republican nomination Tuesday.

Lawmakers often seek out county commissioner posts when they run into term limits or want to work at the local level. Unlike at the Capitol, where each lawmaker is one voice out of 100 as they pass laws and fight for their districts’ interests, boards of county commissioners usually have just three or five members.

It also doesn’t hurt that, unlike the part-time legislature, commissioner posts are full-time, last four years and pay higher salaries. Weld County’s commissioners make $105,000 a year. State lawmakers who started their terms in January 2019 make $40,242, often juggling another day job most of the year.

More questions than answers on camps

Mayor Michael Hancock flipped his longstanding opposition to designated campsites in the city for people experiencing homelessness, announcing Wednesday that at least one such site — probably several — were on the way.

Some city officials lauded the move. Hancock paired it with his newly confirmed support for a sales tax increase for the cause as well. But others have questions — most of which have yet to be answered.

First, where will camps be built? Well, we don’t know just yet. During a news conference, Hancock was joined by Cole Chandler, executive director of the Colorado Village Collaborative, which will manage any sites.

Chandler said his team is staffed and ready to go for at least one, 24-hour encampment, but details on location were not yet available. Nor were details on when the camp would open.

Hancock suggested that the “sweet spot” for the encampments, as far as size, would be around 50 people. So to make a meaningful dent with Denver’s estimated homeless population of about 4,000, multiple encampments certainly would be needed.

Beyond the timing, it’s unclear how long any sanctioned camps will exist. Hancock did, however, underscore that the maneuver is temporary, necessitated by the unprecedented coronavirus pandemic.

Without a clear beginning or end in sight, Hancock did offer specifics about which illegal encampments the city officials will break up soon as they ramp up enforcement of Denver’s controversial urban camping ban. Camps near Morey Middle School and the state Capitol building are first on the list.

Let’s be clear here: While Hancock and other city officials say Denver is following guidelines from the U.S. Centers for Disease Control, it’s not.

Breaking up illegal encampments during the pandemic is unsafe, the federal agency still says. Previously, city officials have noted that the CDC’s guidelines are mere recommendations, not mandates.

Instead, experts and advocates alike say, encampments — city sanctioned or not — should be paired with city services and left alone so that the people living there have a modicum of stability, which is their best bet for getting off the streets.

John Parvensky, president and CEO of the Colorado Coalition for the Homeless, said a new city-sanctioned encampment would be a groundbreaking move — one that should make further steps to address homelessness more palatable.

Even after the city and advocates work out the basic details, they’ll face a bigger question: Is the city’s attitude toward helping the homeless changing, or is this new approach merely a Band-Aid that officials will rip off at the first opportunity?

Forward this newsletter to your colleagues and friends and encourage them to subscribe.

Hamilton: An American Musical is an extraordinary piece of theatre that's sure to leave you spellbound
World News 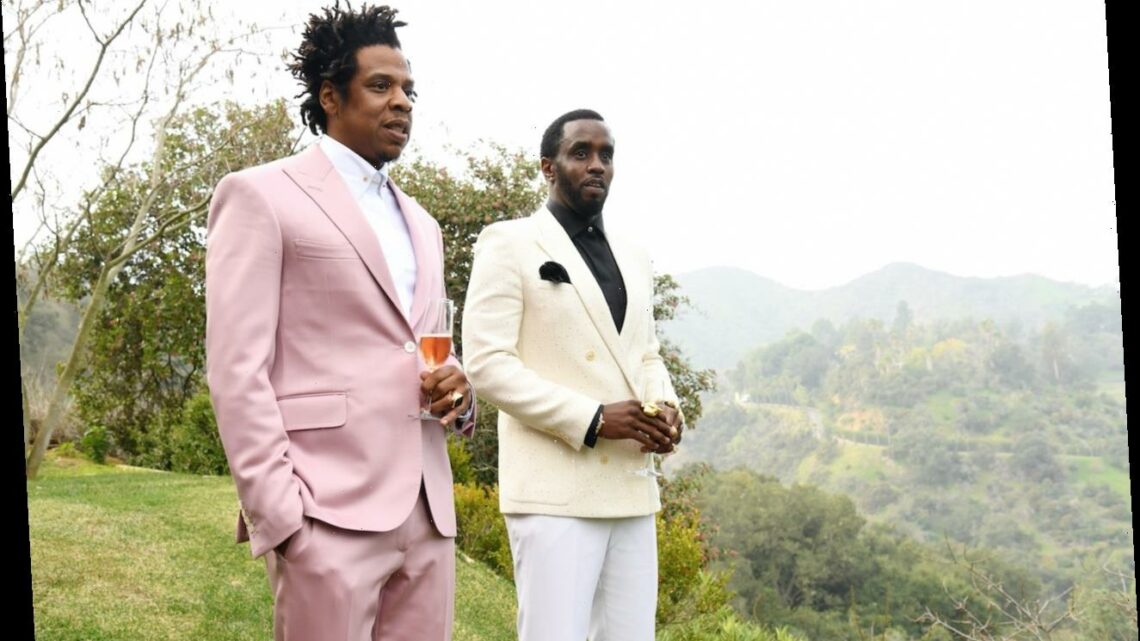 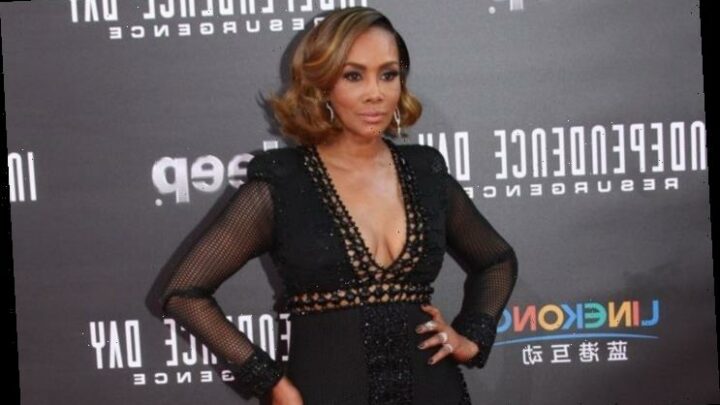 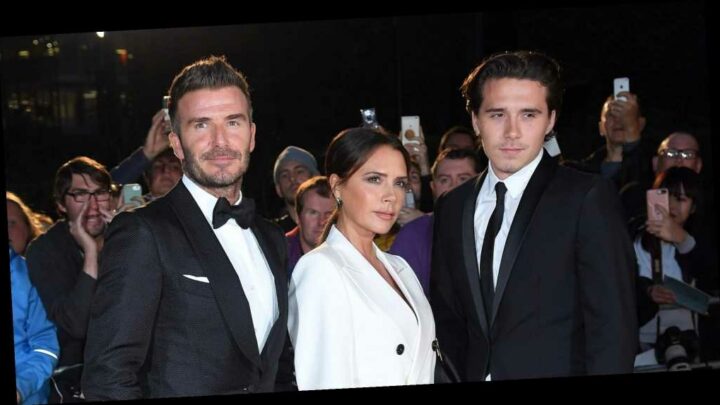