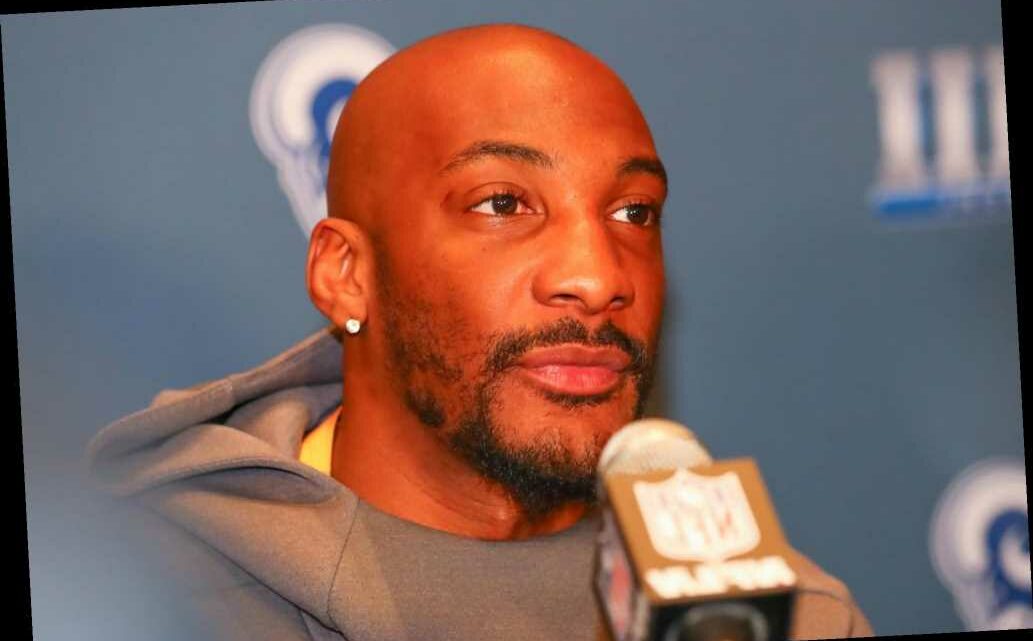 For decades, we’ve been trained to believe that live sporting events must be broadcast a certain way. Namely, that they should be called and analyzed by an overwhelmingly white, almost exclusively male cadre of voices.

They’re mostly measured, but they dutifully get excited at the “proper” moments. Many have been dreaming for the job for years, telling stories of muting their television as children to call games in their own home. They create catchphrases and offer their thoughts, repeating what coaches and one or two players told them in a pre-game production meeting. Some are good, some are bland.

Into this fray has stepped someone who doesn’t look or sound like pretty much anyone else in sports broadcasting booths right now: Aqib Talib. Talib has been in the booth for two Fox games this season, including last Sunday when the Philadelphia Eagles played the Arizona Cardinals.

Talib got attention for his colorful custom suit, a nod to the Christmas season, but with a larger audience watching on Sunday than his first game, last month’s Washington-Detroit matchup, he also got a lot more attention for his words.

For some of us, it’s not a surprise that those who love Talib and those who hate him fall into two distinct, predictable camps.

I covered Talib while he was with the New England Patriots and he was unlike any player who passed through the locker room in my years. He quickly acclimated to Bill Belichick’s methods after a rocky few years with the Tampa Bay Buccaneers, and in that season and a half he blossomed into a Pro Bowler on the field and later would be named an All-Pro with Denver.

Talib was himself, in all ways and at all times, and since he was getting it done on the field, Belichick never had to try to rein him in with reporters. He had his own unique way of making observations at times. One longtime Patriots reporter still has a Talib-ism: “People that dry-hump stats to make a point probably prefer reading sheet music to hearing the song” in his Twitter bio — but when it came to the game, he knew what he was doing.

And he knows what he’s talking about, if you take the time to listen to what he’s saying. Not everyone is doing that, though.

Do a Twitter search for his name or scan the comments under one of his recent Instagram posts and immediately notice that the vast majority of those who are praising Talib look like him and those who are saying he’s terrible don’t.

The reality is that for a not-small population of football fans, Talib marks the first time they’ve heard someone who sounds like them in a broadcast booth. He’s quite literally speaking their language — Black English, or as it’s called by academics, African American Vernacular English, the dialect developed by Black Americans over centuries. It is often cited as another way to denigrate those who use it because it’s not the “accepted” way of speech here.

Yes, his verb conjugations aren’t perfect to you, and yes, he says “man” a bit too much. (He’s well aware, and pledged in his “Call to the Booth” podcast on Wednesday that he’s working on cleaning it up before his next game.)

But listen to what he’s saying; there’s information there. In the same way that Tony Romo became an overnight sensation for his play-calling prescience, Talib’s 12 years as an NFL cornerback shine through in observations like this one from the fourth quarter on Sunday:

Or during a replay from his first game, when he explained why a Lions’ screen play was so successful, noting that the pass went to the place where the Washington blitz came from, leaving plenty of open space for Detroit back D’Andre Swift.

Talib is no fool: He told Rich Eisen this week that in the same way that he studied great cornerbacks like Deion Sanders while he was playing, he studied Romo before entering the booth, noting that Romo has parlayed his popularity into the biggest contract in the business.

Talib isn’t like others, and for some of us it’s refreshing.

At minimum he’s not Cris Collinsworth, whose idea of “analysis” recently was showing utter fascination that women understand football. And he hasn’t been caught on a hot mic denigrating queer people like one former MLB broadcaster.

But that’s damning him with faint praise. Talib said on Wednesday that Fox is encouraging him to keep being himself, and himself is a smart, informative, fun analyst who seems committed to cleaning up the little issues he has as a newcomer to the field.

O'Sullivan will spend Christmas Day at a food bank: 'All you can do is your bit'