Home » Sport » The Pop Star Wants to Be an Olympian 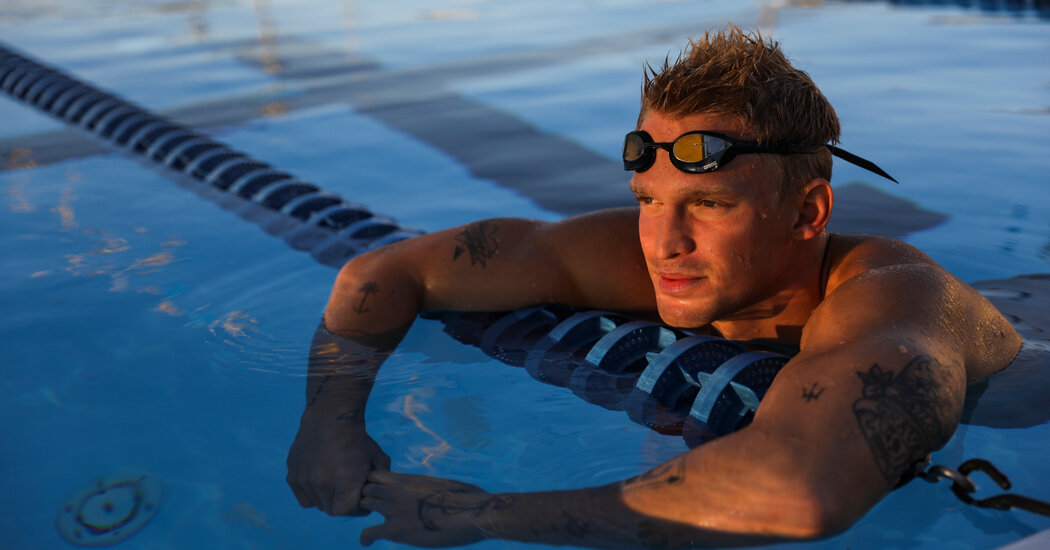 The Pop Star Wants to Be an Olympian

Australia’s princeling of pop was holed up in a hotel in the summer of 2019, preparing for his country’s inaugural season of the “The Masked Singer,” when he started following the world swimming championships. As he watched records fall, Cody Simpson soon found himself focused on one thought:

Why am I not there?

Long before he was a singing sensation with a Barry Gibb falsetto and a huge social-media following, before he became a heartthrob with a top-10 hit, his own fashion doll and a leading role on Broadway, Simpson, 24, was a record-setting schoolboy swimmer in his native Queensland.

Transfixed by the races, he decided it wasn’t too late to resurrect his Olympic own dream when he realized that he was five months younger than the American star Caeleb Dressel, who had just broken a world record held by Simpson’s childhood idol, Michael Phelps.

“I stopped drinking that night and started finding pools the next day,” Simpson said.

Three months later, Simpson would be unveiled as the robot who won “The Masked Singer.” Another year would pass before he made his surprise swimming reveal.

Last month, more than a decade after his previous long-course race, Simpson surpassed the qualifying standard for the Australian Olympic trials in the 100-meter butterfly. He beat the required time at a meet in San Diego organized by David Marsh, a coach with whom Simpson occasionally trains. It was his second competitive outing after less than six months of consistent training, and his second race of the day. He had completed the 200-meter freestyle less than an hour before.

Faster than anybody had anticipated, he had shown his return to swimming was no casual dip.

Simpson, whose career has already included stints as a singer, guitarist, songwriter, dancer, actor, author and model, now is aiming to add 2024 Olympian to his résumé. 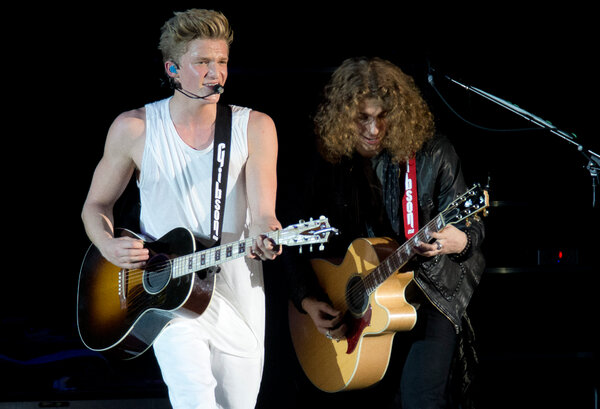 “My whole life has been a series of ticking off boxes, putting my whole mind, body and soul into things,” Simpson said in a video interview from his home in Los Angeles.

Simpson was 6 or 7, his mother, Angie, said, when he grandly announced to his grandmother: “I’m going to be famous some day at something. I just don’t know what it is yet.”

Swimming was a safe bet given that his parents had met as elite athletes in the sport. Angie Simpson cracked the top-10 world rankings in the 200-meter breaststroke before tendinitis in both shoulders doomed her hopes of representing Australia at the 1988 Olympics. Cody’s father, Brad, was a member of Australia’s national team.

Cody Simpson was beginning to build his own name in the sport when videos that he had posted to YouTube and Myspace — of himself playing the guitar and singing — led to a trip to America in early 2010. Before his 13th birthday, he was in New York City meeting with executives from Atlantic Records.

On his way, though, Simpson said he and his father stopped in Baltimore to meet with a music producer. While there, he arranged a workout at the pool where Phelps had returned to training after his record eight-gold performance at the 2008 Olympics.

“I remember buying 20 Baltimore caps and making Phelps sign all 20 before practice so I’d have something to give my mates when I got home,” Simpson said. He was more nervous around Phelps that day, he once told his mother, than he was years later when he met U2’s Bono.

Phelps followed Simpson’s singing career from afar, as did his coach, Bob Bowman, who recalled stepping inside a Whole Foods one day and seeing a display of CDs with Simpson on the cover near the checkout counter.

“I remember thinking, ‘That kid actually did OK,’” Bowman said.

The lifestyle of a musician, though, was not harmonious with competitive swimming. But Simpson never quite shook the sport out of his hair during his teenage years, which passed in a blur of promotional and touring stops and included a Billboard top-10 album in 2013 and a 2014 appearance on “Dancing With the Stars.”

Simpson’s 2018 departure from Atlantic Records placed him back on his own path. He formed his own recording label, Coast House Records, and joined the Broadway cast of “Anastasia the Musical” for a six-month stint. After publishing a book of poetry, he saw a return to swimming as the next logical step, a chance to refocus on the Olympic dream he had set aside years ago.

“I love the music industry very much, and I’ll continue to be a musician long into my life,” Simpson said, “but it’s not as pure of a pursuit as sport, which just comes straight down to the clock.”

Since June, Simpson has been training under Brett Hawke, a two-time Australian Olympian. “I just didn’t know whether he honestly really knew what he was getting himself into,” Hawke said. “Being a swimmer at the age of 12 is completely different from trying to take on the best in the world at age 23. But I’m not a dream killer.”

At their first practice together, Hawke put Simpson through a grueling 90-minute workout and then surprised him with a timed 200 butterfly. When an exhausted Simpson gutted out the swim, he had passed Hawke’s test. Since then, he has trained in pools in Southern California and in Florida without lines on the bottom or starting blocks, hopscotching counties and even states to find facilities that haven’t been shut down by coronavirus restrictions.

“I’ve thrown up at multiple pools so far,” Simpson said with a laugh.

One day, according to his mother, Simpson dreams of a double not even the versatile Phelps attempted: singing the national anthem at the start of a meet and then stripping down to his suit to compete. But that day remains a ways off. In October, Simpson entered his first meet and swam a 200 freestyle. “I broke out in hives I was so stressed,” he said.

Simpson remembered feeling the same way in his 2018 Broadway debut.

“And I just remember how by closing night, after having done the show 130-something times, I was absolutely soaring, no nerves whatsoever,” he said. “That’s what I figure it’s going to take in swimming — 130, 140 races before I can get up without fear and just do it.”

Hawke routinely creates racing opportunities for Simpson, who did the interview for this article after returning home from a practice that had included a timed swim. Plunging into the pool behind the 2016 Olympian Jordan Wilimovsky, he had sprinted to catch and pass Wilimovsky over the last 200 yards of a timed 1,000-yard swim.

“I was nervous all day because I cared how I did,” Simpson said.

Simpson has received encouragement from Phelps, to whom he sends videos of his swims. Phelps replies with tips on stroke technique and race strategy.

“I think his mind is truly like a swim nerd’s,” Phelps said.

Simpson is also in regular contact with Ian Thorpe, a five-time Olympic gold medalist and former rival of Phelps, who made a pitch-perfect observation recently about stroke rate. He told Simpson that during difficult training sets he would often imagine that his hands were like a kick drum and his feet were like a snare and that he was playing drums with his stroke.

“That’s so cool,” said Simpson, who soaks up the feedback and delights in each small milestone, like covering 25, then 50, and now 75 yards underwater using only the dolphin kick.

When he clocked 54.91 seconds to beat the Olympic trials qualifying standard in the 100 butterfly by almost two seconds, Simpson said he felt the same sense of satisfaction as when he won “The Masked Singer.” He had succeeded not because of his looks, reputation or connections, but on the strength of his talent.

“I’m ambitious, but I’m not a crazy person,” Simpson said. “I know what I’m up against.”