Home » Sport » The Nets Weren't Ready Yet, But They Will Be 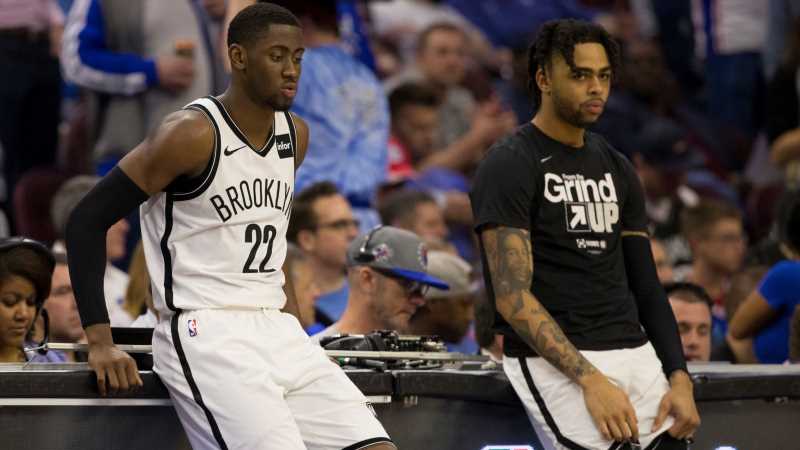 The Nets Weren't Ready Yet, But They Will Be

A downcast Jared Dudley should not be the image that endures from Brooklyn’s brief and dramatic stay in the first round of the NBA Playoffs. Dudley’s feud with Ben Simmons was entertaining blog fodder (guilty!), but it also clouded a delightful truth: despite a 4-1 series loss against the Sixers that ended with a 122-100 thumping on Tuesday night, the Nets are on the road back to relevance.

After years of Billy King-scented front office ineptitude, Brooklyn has crafted a young roster filled with likable and highly watchable players, complete with a bona fide (minor) star, despite the absence of any high first-round picks since the team was in New Jersey. They were not ready to defeat a Sixers team that plotted and Processed its way to success, but what Brooklyn accomplished is impressive in a way that the now standard full-tilt tank-and-rebuild is not. The franchise fell apart due to managerial incompetence, and then slowly but surely built its way back up. It was a process, but of a different kind.

It all starts with the young’ns. D’Angelo Russell proved this season that his talent was always real, and just needed the right situation to emerge. After a year in which he was picked as a replacement All-Star—a backhanded compliment, but one he unquestionably earned—Russell stumbled a bit against the Sixers, shooting sub-40 percent from both the field and three. Those numbers are distorted some by a horrific Game 5 in which Russell shot 3-of-16 from the floor, but his play stumbled across the board; he went from averaging seven assists per game in the regular season to just 3.6 in the five game series.

And yet, amid all those misses, there was also the faintly discernible outline of D’Angelo Russell, Playoff Closer. He started Game 1 by going 2-for-11 in the first half before locking in to close out the Sixers and give hope that this could be a more competitive series than it wound up being. It was just one game, in retrospect, but that’s more than zero.

The real revelation for the Nets, though, was Caris LeVert, who came back from a gruesome foot injury to not just play well, but so well that he can be considered a strong building block going forward. He flashed that kind of talent before the injury, too, but he drove the Sixers nuts throughout the series, and was consistently the only Nets player to get what he wanted when he wanted.

LeVert’s Game 4 performance was one of the best of the first round: 25 points in 42 minutes on 50 percent shooting, to go along with five rebounds and six assists. Brooklyn still lost—this game will be more remembered for the double Dudley-Jimmy Butler ejection than anything else—but that’s almost besides the point as it relates to the 24-year-old wing, who ended the playoffs averaging a tidy 21 points per game. Not only did he work himself back into game shape in time for the playoffs, but once there, he showed a killer instinct and eye for the basket that will make him a good sidekick going forward.

The rest of the Nets (minus, I suppose, social media MVP Spencer Dinwiddie, who played fine) are not really quite up for this as a collective, but they don’t have to be. To win in today’s NBA, you need stars and competent role players, and it’s almost always harder to find the first part of that equation. In Russell and LeVert, Brooklyn might not have all-around stars—both players could probably stand to improve their defense, for instance, and Russell’s series defensive rating was a comical 117—but they have young players comfortable with the ball in their hand in the playoff pressure cooker.

This is where it’s going to get tricky for Brooklyn: the oft-repeated, but often correct, saying is that it’s much harder to make the leap from “good” to “great” than it is from “trash” to “good.” Just ask the plethora of young teams that never truly reached their assumed potential: for every Golden State Warriors juggernaut, there’s a 2012 Thunder that blew apart before accomplishing much of anything. The Nets could go that way too, but it’s also not hard to envision a brighter future. To truly compete in a suddenly top-heavy Eastern Conference, the Nets will likely need to either hit on a draft prospect beyond his draft spot, or convince a free agent star to move to New York City but not to the Knicks.

The obvious target should be Kevin Durant; adding the best scorer in NBA history would make the Nets legitimately terrifying, and their young core is better than anything the Knicks can currently offer. But if the rumors are true and Durant is indeed bound for the Knicks, fit and talent would have little to do with it: Durant would be a Knick because he wants to be a Knick, not because he wants to play on a good team in New York. But, right now, the Nets are that team. That is already a win for what started as a real estate hustle, became a branding exercise for Jay-Z and Mikhail Prokhorov, and which looked like one of the league’s most profoundly lost causes just a few years ago.

It was only six years ago that the Nets were dragging the corpses of Kevin Garnett and Paul Pierce into the first round. Now, the team faces the same result (first-round elimination) with an optimism that never made its way across state lines when the team moved to Brooklyn. Dudley might not be here to start fires next season, but the memory of this series may not be of one in which the Nets were out-played for almost the entirety but rather the start of a tree growing in Brooklyn. If it takes root as it appears to be, it might someday cast a long shadow on the Eastern Conference.