Home » Sport » The N.F.L. Had Over 700 Coronavirus Positives. The Seahawks Had None. 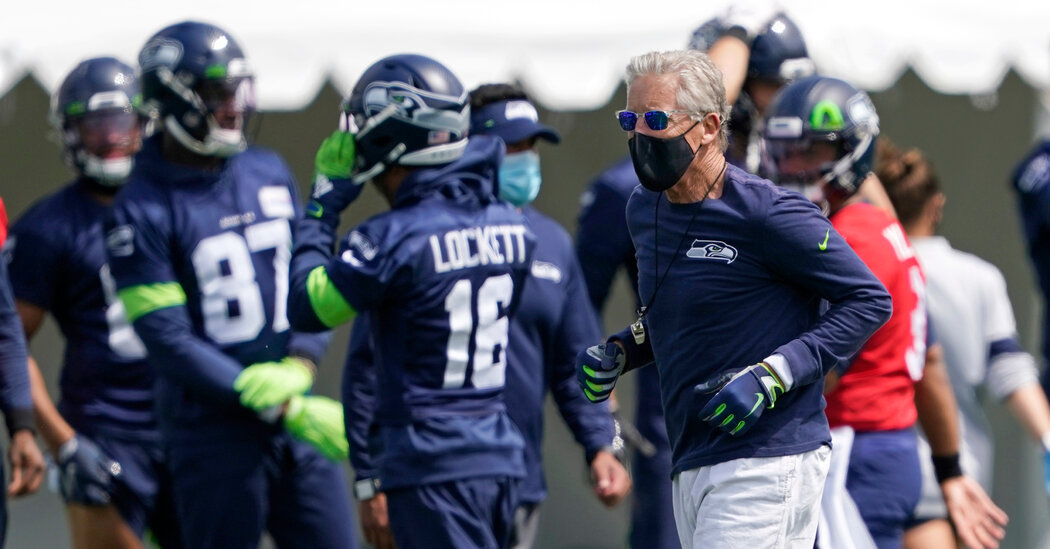 The N.F.L. Had Over 700 Coronavirus Positives. The Seahawks Had None.

On the N.F.L.’s march to complete a 269-game schedule amid a pandemic, more than 700 players, coaches and other team personnel tested positive for the coronavirus. It upended rosters, with the Denver Broncos starting a game without any of their three quarterbacks and the Cleveland Browns once fielding a team with nearly all of their receivers out, and it postponed games, with some outbreaks pushing them into midweek or to a bye week.

Through it all, only one of the league’s 32 teams remained untouched by the virus: the Seattle Seahawks. And how they made it through the long season virus-free, in Washington State, where the United States’ first positive case was reported, is a testament to innovative thinking and procedures. The team’s devotion to following health guidelines became a guidepost for the N.F.L. and other leagues grappling with how to proceed as the deadly virus continued to grip the country.

“They invented a playbook for a safe practice environment at a time when the future was deeply uncertain and people were questioning the wisdom of pro sports starting up,” said Vin Gupta, a pulmonologist who has helped organizations respond to the coronavirus and informally advised the Seahawks. “You have to be willing to absorb some costs, and you need leaders who can communicate in a crisis.”

In late July, the league and its players’ union rolled the dice by deciding to play a full season without creating a closed community, or a bubble, which the N.B.A., the W.N.B.A. and the N.H.L. used in 2020. That meant thousands of team and staff members would go their separate ways each night, vastly increasing their potential exposure to the virus.

The Seahawks faced perhaps the most arduous circumstances in the N.F.L. Their 2020 schedule included five cross-country flights, which meant they would log more miles than any other N.F.L. team. And when they were home, the Seahawks trained not far from Kirkland, Wash., the nation’s first coronavirus “hot spot.”

This made the Seahawks witnesses to the pandemic well before the season kicked off, and its grim toll made them question whether football could be played safely. Sam Ramsden, the team’s director of player health and performance, cared for his wife, Lisa, in March, when, doctors believe, she had Covid-19, the disease caused by the virus. 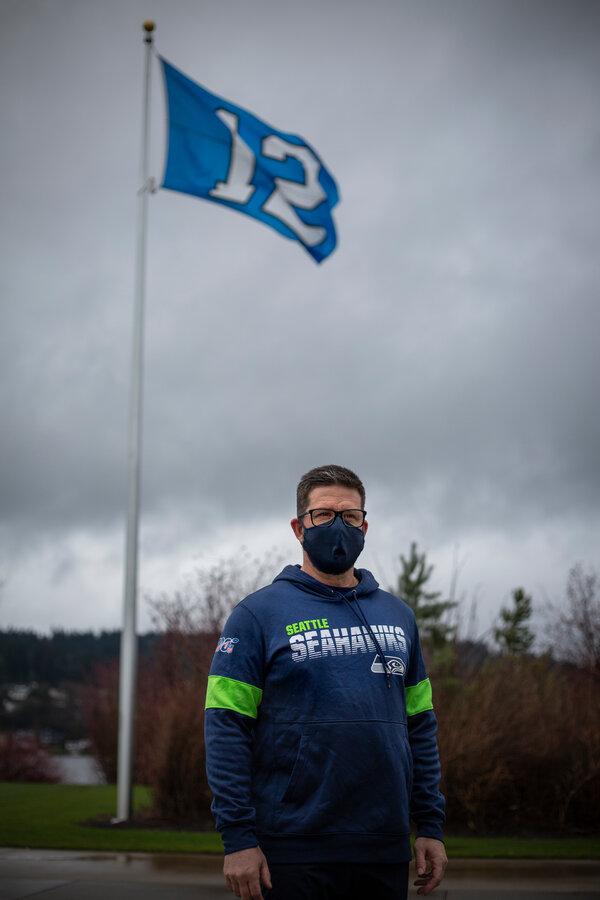 “I didn’t really imagine the N.F.L. being able to have a full season,” Ramsden said. “I wasn’t a Debbie Downer about it, I was just trying to be realistic.”

Starting in late spring, after the N.F.L. began plowing ahead with plans for the 2020 season, Ramsden, Coach Pete Carroll and other team leaders used a combination of pragmatism, flexibility and gamesmanship to duck, bob and weave through the pandemic.

With training camps, the first in-person football activities of the season, set to open in late July, each team appointed an infection control officer to coordinate efforts to reopen its facilities. Ramsden, who has worked for the Seahawks for 22 years, took on the role rather than giving it to the head athletic trainer, who he felt would be too busy handling injuries.

Ramsden has an easygoing patter that belies his attention to detail, and his quiet intensity is a counterpoint to that of Carroll, a hands-on coach known for out-of-the-box ideas. Throughout the pandemic, Carroll pushed Ramsden for answers to problems. At other times, he deferred to his expertise. Carroll also did his own research, and floated ideas to Ramsden and others about minimizing exposure.

Like other teams, the Seahawks installed dividers in the showers and between lockers. To avoid crowding, two auxiliary locker rooms were added, and large rooms and practice fields were turned into meeting spaces. Ventilation systems were upgraded. Tents were set up outside for safer dining. Carroll had windows that could open installed in his office to increase air flow.

People in the organization took on extra tasks. The team’s football operations department created a schedule for who would be tested and when. (Almost 36,000 tests were ultimately given.) Each morning, trainers and others handed out sensors made by a German company, Kinexon, that tracked how close players, coaches and staff members were to one another and for how long. The hospitality staff members who usually managed corporate and internal events collected health questionnaires from people arriving at the facility. The travel coordinator made sure the team’s drivers were tested and buses were disinfected. On the road, a total of 139 players, coaches and staff rode to and from games and airports in seven buses instead of the usual four.

“It was like a band of brothers,” said Ramsden, who wore a T-shirt a few days each week that read, “Stay Negative or Stay Home.”

When they were at their team facility, the Seahawks ordered food with the Notemeal app on their phones, rather than stand in line in the cafeteria (where congregating unmasked led to transmissions on other teams). On road trips, the team asked hotel kitchens to use the app as well, something other teams adopted.

Ramsden expected to be replaced in his new role by a medical professional. Instead, his bosses asked him to remain in charge because of his ability to genially cajole players, who needed to be prodded to consistently wear their masks and tracking devices. The players were accustomed to spending hours together in weight rooms and hot tubs, but Ramsden reminded them to keep it moving.

Beyond common sense initiatives, Ramsden and Carroll pieced together uniquely Seahawkian ways to keep coronavirus safety a priority. Carroll is known for his mantra messaging — his favorite is “Everything is a competition” — so he told players that each position group would contend for the title of fewest close contacts, hammering home a message that the team was only as secure as its weakest link. (The wide receivers won.)

“I realized that we were going to have to create our own bubble,” Carroll said. “Everything that one person did, everybody did, if we were together and connected.”

Wide receiver Tyler Lockett considered opting out before the season because of a heart condition. He was born with the aorta on the right side of his heart, instead of the left, and had needed medical clearance to play before he was drafted in 2015. Ultimately, he chose to play this season because the N.F.L. was testing players every day, a protocol that Carroll pushed the league on early and loudly when executives did not initially embrace the idea.

The Kinexon devices told Ramsden when players and staff members were within six feet of one another for more than five, 10 and 15 minutes. They even recorded interactions between people separated by walls. To keep people moving, Ramsden had the facility’s intercom chime every 12 minutes.