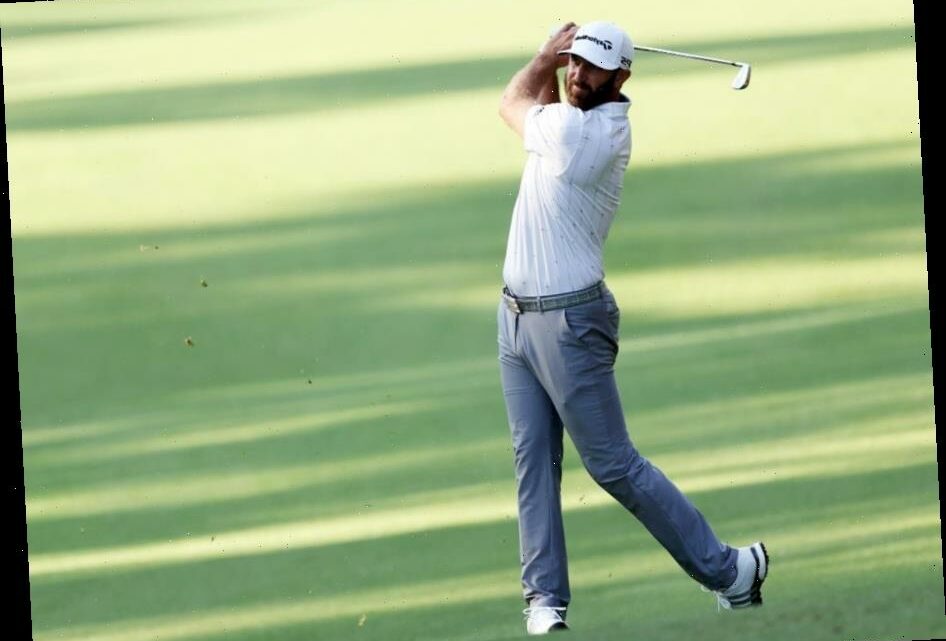 Follow all the action as The Masters draws to a thrilling conclusion on Sunday at Augusta National. Dustin Johnson seemingly has one hand on the Green Jacket after a stunning round of 65 yesterday propelled him to a four-shot lead over the field. However, the world No 1 has squandered a 54-hole lead at the majors on four separate occasions, which will certainly provide hope to a horde of challengers in pursuit.

Mexican Abraham Ancer and South Korean Sungjae Im are both debutants at Augusta, yet they still share a tie for second place with Australian Cameron Smith heading into today’s final round. Just behind them lurk Justin Thomas and Jon Rahm, who will both be bitterly disappointed after sloppy mistakes on Saturday saw them lose ground on the leader.

For Rory McIlroy it is seemingly already too late to clinch his career Grand Slam, with an opening round of 75 still plaguing his chances despite a brilliant 66 and 67 in response that saw the Northern Irishman surge into the top-10. The defending champion, Tiger Woods, has already reluctantly accepted that he is out of reach, with some 11 shots separating him from Johnson. Follow all the action live from Augusta below:

A fine start for Champ at the first. The American cannons a three-wood way down the fairway from where a pinpoint pitch stops just shy of the flag and he promptly taps in for birdie. A booming drive down the par-5 second opens up another great opportunity.

THE MASTERS 2020: KOEPKA, MCILROY AND FLEETWOOD GET UNDERWAY

THE MASTERS 2020: MORE MISERY FOR WALLACE

After that catastrophic triple-bogey at the opening hole, a wounded Matt Wallace is struggling to regain his bearings. At the short par-4 third, his approach comes up way short and rolls back down into the swale. His next attempt flies over the back, a tricky downhill chip runs past the hole and he can’t make the return. That’s a double and he moves back to +1.

A simple tap-in birdie for Woods at the par-5. After a brilliant drive, his approach trickled away off the green but he turns that into an easy up-and-down and the defending champion moves to -6. So too does Scheffler, his playing partner.

Adam Scott flickered into contention earlier this week but his flame was extinguished by a bitter turn of misfortune when his approach ricocheted off a flagstick and bounded back into the water. No such bother this morning, though, as the former champion picks up birdies at 2 and 3 to move to -5.

THE MASTERS 2020: EAGLE FOR LEISHMAN

That’s wonderful play by Leishman, whose approach into the second trickles just onto the fringe. He’s got all of 31 yards to the pin but his chip rattles the bottom of the cup and the Australian moves to -6.

THE MASTERS 2020: WOODS GETS UNDERWAY

Woods cut a wearisome figure as he walked off the course yesterday, having had to complete his second round in the morning before heading straight back out. An even par round of 72 was never going to be enough to thrust himself into contention, but he’s targeting a top-10 finish today. He makes a routine start to his round, finding the fairway and green in regulation before a simple two-putt par.

A slice for fortune for Westwood at the par-5 second. He’s attempting to make the green in two but pulls it straight into the trees. No matter, though. It plops back into the fairway, a lovely little pitch from 80 yards cosies up by the hole and that’s a second consecutive bogey for the Englishman.

THE MASTERS 2020: BIRDIES PROVING HARD TO FIND FOR EARLY STARTERS

There’s certainly a bit of mist out there,  the temperature is cooler and the early starters are finding that birdies are in short supply. DeChambeau and Rose, both starting at the 10th, make bogey and move back to -2.

A brilliant first round briefly put Lee Westwood in contention, but he slipped away with a disappointing 74 on Friday. He’s started in style now, though, with a brilliant approach at the first which stops all of one foot away from the pin. That’s a kick-in birdie and he moves to -4.

It’s a rather different story for Matt Wallace… A short game catastrophe leads to a triple-bogey at the first after his chip rolled back into the bunker. He is suitably disgusted with it and tumbles back to -1.