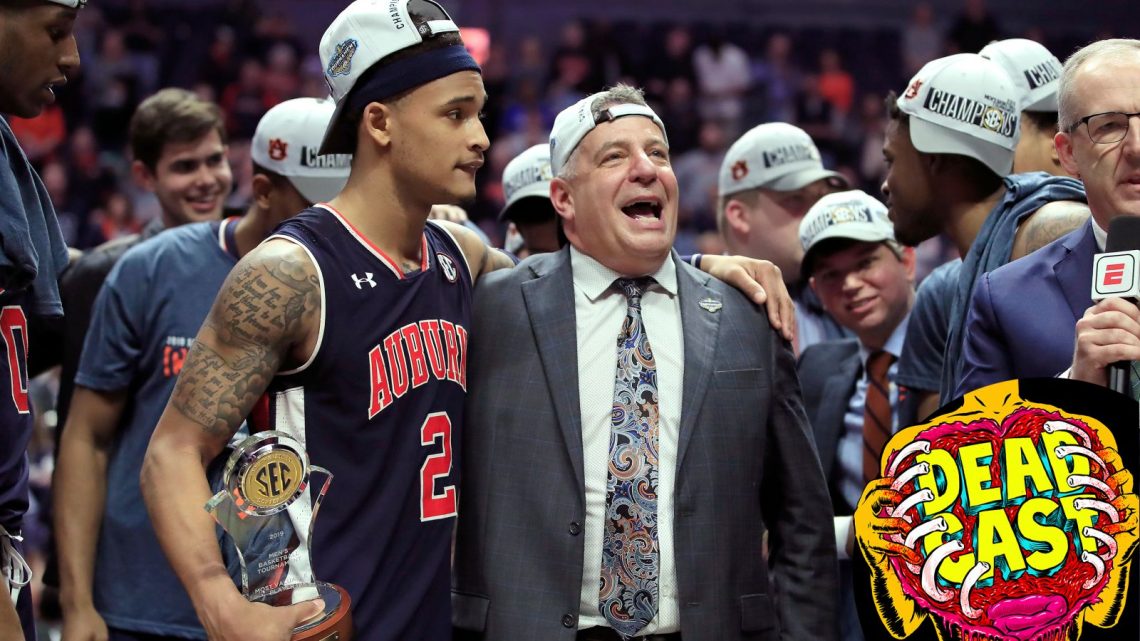 The Hater's Guide To March Madness

The NCAA Tournament is what you make of it. So is everything else, obviously, but while the tournament is objectively just what it is—a sloppy whirlwind fortnight of stressed-out teenagers just absolutely freaking the fuck out while playing the most important basketball games of their lives—it is also capacious and flexible enough to be virtually anything else.

This week, on the Deadcast, Drew and I and guest/teen blogging prodigy Gabe Fernandez used the NCAA Tournament as an excuse to get really judge-y. We ran down the bracket in the popular and umbrage-intensive Hater’s Guide format, considering the respective failings of every team in the bracket until we had successfully identified the single most loathsome team in this year’s Field of 68. You will probably not be surprised to learn that we were unanimous in our decision, but you may be surprised by the answer we all settled upon.

And that’s about that, as it happens, because Hater’s Guides tend to run long and because slapping a question about Trump’s prostate or whatever onto the end of a discussion that already had so much Jerry Falwell Jr. in it seemed rude.

But I hasten to add that, despite the significant salt content above, the NCAA Tournament is not just a collision of different flavors of odiousness. It’s that, for sure, but it also rules in a number of meaningful and real ways. March Madness is, first and foremost, a lot of basketball in a condensed period of time, and while that basketball is not necessarily going to be of the highest quality, it’s worth mentioning that all-you-can-eat dining formats have been popular for decades. It’s also an opportunity to briefly feel like an expert and then, over a slightly longer period, be reminded that you are in fact actually a big dunce. It is a chance to jeer overpaid men in suits, which is as healthy and democratic an enterprise as we have available to us in these United States at the moment. Is it a good excuse for some Lite Workplace Gambling? Buddy you know it. An even better excuse to blow off work? I have no comment on this aspect of the NCAA Tournament’s appeal at this time and will especially be unable to respond on Friday afternoon.

You can also listen at iHeart Radio, Stitcher, Spotify, NPR One, Apple Podcasts, or GooglePlay. And don’t forget to email us tips and/or general complaints at [email protected] Have fun out there.