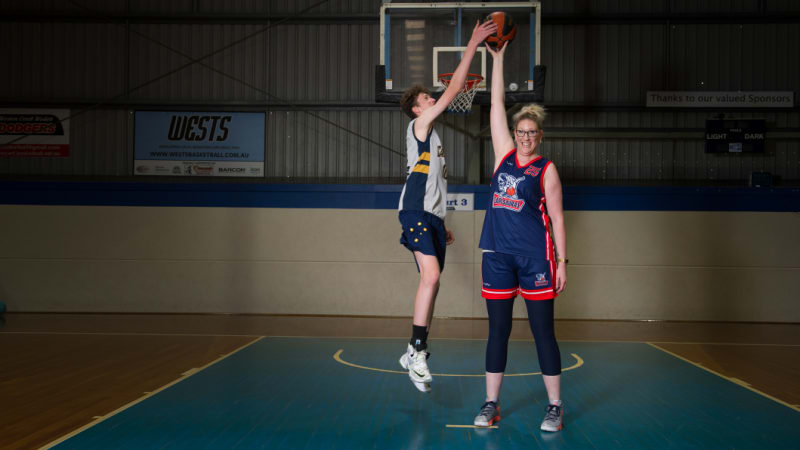 A life in basketball was Bowyn Beatty's destiny. How could it not be? He has been on the court since he was six days old.

Then of course there is the not-so-little matter of his height – the 14 year old stands at 202, maybe 203 centimetres tall. For that, he can thank his 202cm mother – Canberra Capitals great Tracey Peacock. 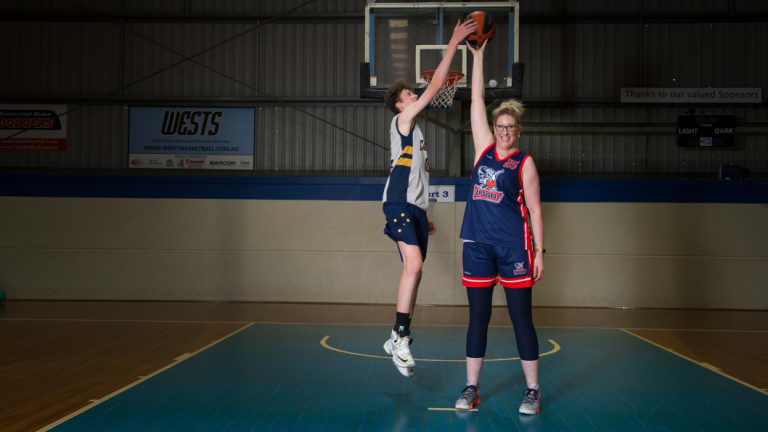 Tracey didn't stop playing basketball until she was 23 weeks pregnant – and at 16 months Bowyn was already over 90cm tall, towering above the highest percentile for his age.

He instantly turned into the Capitals' unofficial mascot. Amidst the celebrations of Canberra's 2005-06 championship win, Bowyn was there on the dais in his mother's arms.

The next season Tracey's frantic search for a babysitter came to no avail and she was forced to drag Bowyn to the club presentation night, completely decked out in a mini tuxedo with red braces.

All the while Tracey had been dropping Bowyn at daycare while she was at work, then pushing the pram into Capitals training sessions.

I’m not going to lie, I would have been pretty upset if he took up men’s netball.

"At that time it was difficult, obviously he wanted my attention as much as [coach Carrie Graf] did," Tracey said.

"She was always really good with him, knowing he had to be at training with me being a single parent. It has been in his blood. He’s been at a basketball court since he was six days old.

"Sometimes he’d be on Graffy’s hip, other times he’d be in the office watching Monsters House or Cars or something.

"We did what we could, I had friends here as well that took him as often as they could so I wouldn’t have that distraction at training. 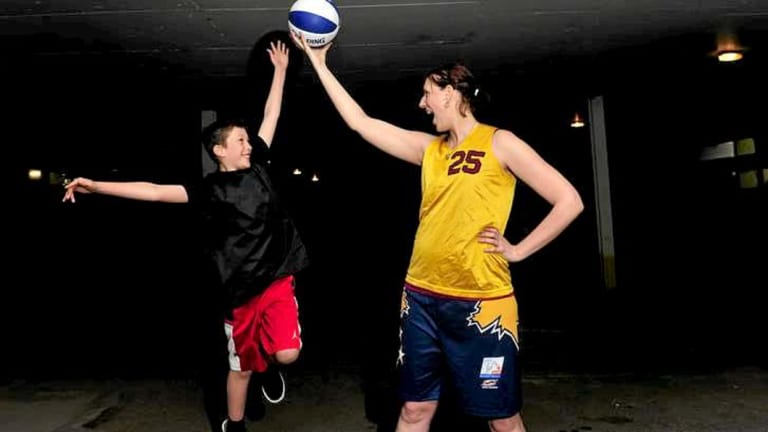 Tracey Peacock and her son Bowyn back in the day.Credit:Melissa Adams

When Bowyn was young he could fly for free – although that wasn't always comfortable for Tracey, crammed into an aeroplane seat with her knees around her ears.

Now the shoe is on the other foot and Tracey loves the largely hassle-free road trips as Bowyn forges his own career on the court.

"I don’t realise how tall he is until he is around kids his own age and not on a basketball court," Tracey said.

"When he is on a basketball court, sometimes he looks little. When I see him at school assemblies and things like that I’m like ‘Whoa, you really are huge’.

"To know it’s pretty well up there with his passion, he wants to take it to college and see where he goes from there. We can only support him in what he wants to do, but he can’t rely on the surname – he’s got to do it all himself.

"I’m not going to lie, I would have been pretty upset if he took up men’s netball."

Even now not much has changed. Bowyn still piles into Belconnen Basketball Stadium to watch his mum play for a Capitals old girls side named “Capasauras” because of their WNBL history and their ageing bodies. 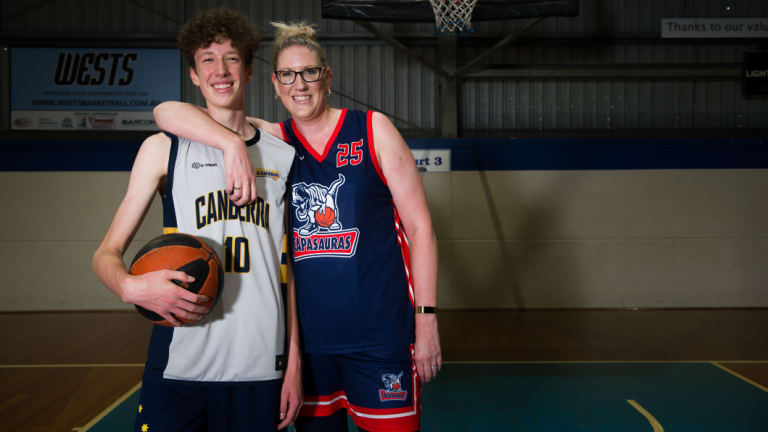 Bowyn and Tracey are both going strong on the court.Credit:Elesa Kurtz

Years after his mother's retirement Bowyn is still a regular at Capitals training, only this time he isn't sitting in a pram or in the bleachers – he is locking horns with the likes of Lauren Scherf or Keely Froling.

"I’ve always had basketball given to me," Bowyn said.

"I’m just helping out the bigs [at the Capitals]. It’s really good for me and my mum, it’s an opportunity for me to get better and it helps mum come back to the old Capitals moments she’s been in.

"I remember parts [of those moments] but not much, I used to play on my phone most of the time while she was playing or training. I’ve started watching her play some B-grade games and she’s doing pretty good in that.

Don’t shame me for letting my daughters wear make-up