Home » The Florida Panthers Are Winning, Both on and Off the Ice 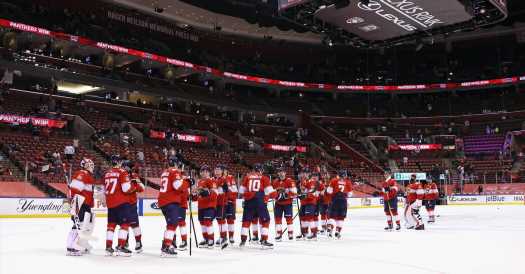 The Florida Panthers Are Winning, Both on and Off the Ice

Robert Kraft, the owner of the New England Patriots, had a message for Vincent Viola when he purchased the Florida Panthers in 2013.

“He told Vinnie, ‘Be ready. This is going to take you about 10 years to figure this all out,’” Matt Caldwell, now the club’s president and chief executive, said.

The Panthers had made the Stanley Cup final in their third season but the good times did not last. Since that 1996 series, the Panthers had made the playoffs just five times entering this season, and hadn’t won a round. Attendance figures were routinely lackluster, despite being propped up by free and deeply discounted tickets.

“When you have some of that deep-rooted mediocrity and failure, it takes a while to turn the ship around,” Caldwell said.

This year, there are signs the franchise has reversed course. The team is winning, and local participation in the sport and fan engagement numbers are also trending in a positive direction.

Florida (32-14-5) clinched a playoff spot in the Central Division by beating Nashville, 7-4, on Tuesday, and with a .676 points percentage is on track for its most successful regular season in franchise history by that measure.

The first-year general manager Bill Zito has reshaped the roster around the strong core of players he inherited like the captain Aleksander Barkov, forward Jonathan Huberdeau and defenseman Aaron Ekblad. Zito’s arrival came one year after the signings of goalie Sergei Bobrovsky, a two-time Vezina Trophy winner, and Joel Quenneville, who ranks second in career wins and won three Cups as head coach of the Blackhawks, and one as an assistant coach on the Avalanche team that swept the Panthers in 1996. 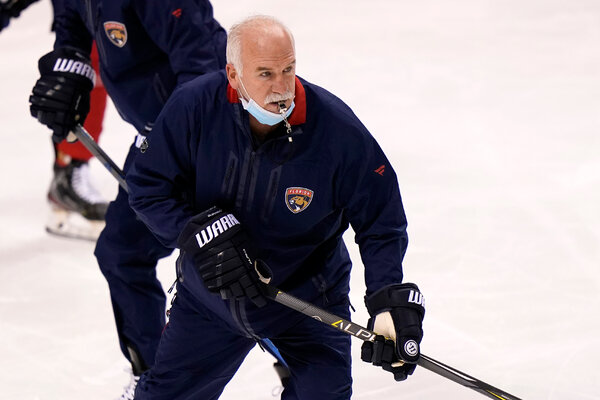 Before this season, Zito made a number of player moves, including acquiring the two-time Stanley Cup champion Patric Hornqvist in a trade with Pittsburgh and signing the 2020 champion forward Carter Verhaeghe from Tampa Bay.

He continued to tinker at the trade deadline, landing forward Sam Bennett in a deal with Calgary. Bennett made an immediate impact, with five points in his first three games.

When Zito was hired, he also asked the organization to invest in building out his staff. The extensive group of new hires included three executives with past experience as N.H.L. general managers — Rick Dudley, Les Jackson and Paul Fenton.

While some teams had cut back amid the pandemic — at least 17 of the 31 N.H.L. teams had reduced pay in their hockey operations by September 2020 — the Panthers saw a chance to add, Caldwell said.

The organization has also hired former players into management roles.

After he retired at the end of the 2018-19 season, goalie Roberto Luongo was named special adviser to Zito’s predecessor, Dale Tallon.

Since then, his management career has advanced rapidly. Last week, he assumed Canada’s general manager role for the men’s world championship scheduled for next month in Latvia, and he’ll be an assistant general manager for Team Canada for the 2022 Games.

This season, Zito and Luongo have collaborated to establish a goaltending excellence department. The objective is to create a consistent approach to instruction and support for all of the netminders in the organization, from their earliest days as prospects through the minor leagues and to the N.H.L.

Before becoming an N.H.L. executive, Zito was a player agent. His clients included the star goalies Tim Thomas, Tuukka Rask and Antti Niemi.

“I always had a little bit of a connection with the goalies,” Zito said, “and one of the things that was very important to them was this continuation of guidance or instruction — from the time they were drafted from the organization through their N.H.L. experience. If he could get consistency, it didn’t necessarily have to be the same person, but the same message.”

Zito especially hopes that Luongo, who ranks third on the career wins list and holds every major Panthers goaltending record, can serve as a mentor for Spencer Knight, 20, a 2019 first-round draft pick who earned his first N.H.L. win in his Panthers debut on April 20.

One of Luongo’s teammates during his second Panthers tenure, Shawn Thornton, is also working with the team in retirement, on the business side. He serves as the club’s chief commercial officer, overseeing all revenue generation including corporate partnerships, ticket sales and marketing and community relations.

The Panthers have typically been in the bottom third of the league’s attendance figures, ranking 30th in 2018-19, the last complete 82-game season before the pandemic. The team had seen improvement before the 2019-20 season paused in March, Thornton said.

When Viola and Doug Cifu took over, they found that up to 5,000 free tickets a game were being issued into the marketplace, Caldwell said. In the 2008-9 season, a first-time fan with a Florida driver’s license could even get in the door at no charge.

The organization made the decision to turn off the tap and establish a price integrity program. Some complimentary access was still granted to worthy community groups like youth hockey teams and Boys and Girls Clubs. But for the most part, customers were assured that they weren’t paying for a ticket that someone else had obtained for free, or close to it.

“We said we have to be committed,” Caldwell said. “We have to have respect for our product.”

Not surprisingly, average attendance initially took a significant dip. Eventually, once fans understood that they’d have to pay the regular price to get through the gates, it started to rebound. As that demand increased, prices — and revenues — went up in lock step.

That growth continues this year. Sponsorship renewals for next season are at 82 percent, which is 19 percent better than entering the 2019-20 season. Season-ticket renewals, at 72 percent, are on pace to exceed last year’s numbers, and the club has seen a 12 percent increase in new season-ticket holders compared to last season.

“My sales goal is to pace above where we were last season, even though we’re coming out of the pandemic,” Thornton said.

The franchise is also hopeful that a new, privately financed $65 million practice facility and community center in Fort Lauderdale, about 20 miles east of its home arena in Sunrise, will help improve the club’s visibility in South Florida.

The public-private War Memorial Auditorium revitalization project was first announced in 2019. Construction began this month on the facility, which will feature two sheets of ice, a 3,800-person concert venue, a restaurant and community fitness and recreation spaces. The aging art deco building built in 1950 was in need of a facelift, and the Panthers approached the city with an idea.

“The city would get out from a tremendous financial burden, year after year, and at the same time, still maintain public facilities for public use,” Mayor Dean Trantalis of Fort Lauderdale said.

The revitalized War Memorial Auditorium is scheduled to open by the summer of 2022. Fans will be welcome at Panthers practices and training camps, with seating for 1,000 at the practice rink, and the additional ice will offer participation opportunities for both adults and children.

Hockey may not be the first sport that comes to mind in South Florida, but it is growing. Overall participation in Broward, Miami-Dade and Palm Beach Counties is up by nearly 20 percent over the past five seasons, including more than 30 percent among boys and girls under 18, according to USA Hockey. Those numbers are tracking well ahead of the national averages, a 6.8 percent increase in overall participation, including 7.6 percent in youth programs.

Jerry Laing became an accidental hockey dad after the pandemic led to the closure of the karate studio his son Daniel attended. As the family searched for a new sport, Daniel was invited to a birthday party at a skating rink.

“It just so happened, at that same time, a live kids’ hockey game was going on,” Laing said. “He went over and saw the game and he said, ‘I want to do that. This is what I want to do.’”

A coach gave him some used equipment. Now, Daniel has moved over to the Panthers IceDen, the club’s practice facility in Coral Springs. And his father is a first-year Panthers season-ticket holder.

“It’s just been brilliant, and we love it,” Laing said. “My family loves it and I can’t believe the effect it’s had on my nine-year-old son.

“The cool part about this is, everything that the Florida Panthers are doing, it reaches out to everybody. When you walk through those doors, it’s your DNA. Everybody’s got the same DNA.”