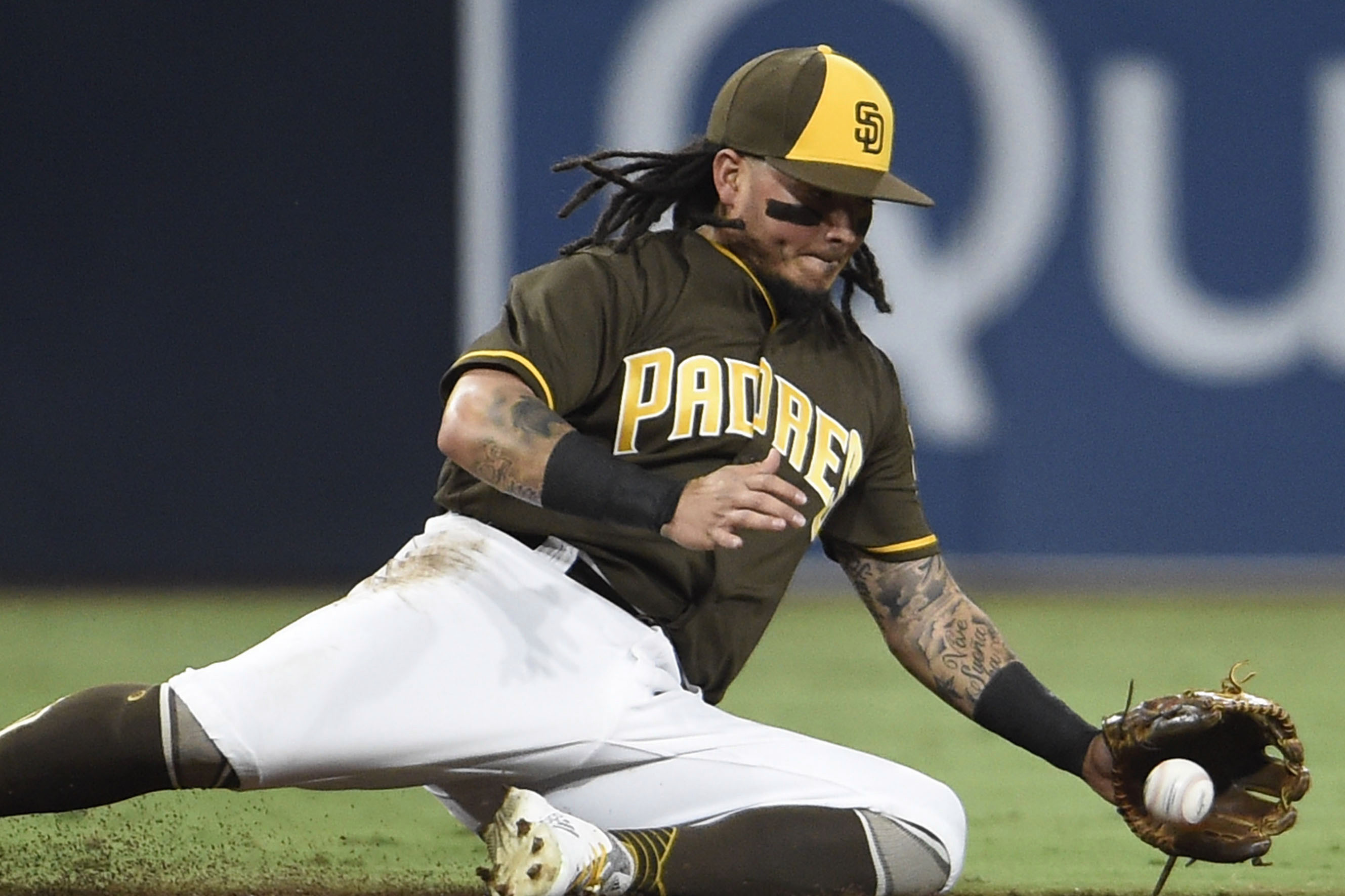 The defensive force Yankees and Mets are both in on

Yet both the Mets and Yankees have talked to his representatives because there are scenarios in which his bat and, more importantly, his glove could end up on their rosters.

As the Mets have contemplated whether to use Amed Rosario in a trade, notably for Miami catcher J.T. Realmuto, one question that has persisted among their executives is: How close is top prospect Andres Gimenez to the majors?

The internal belief is the shortstop could defensively handle the job now, but that the 20-year-old would be best served by one more year of minor league seasoning, particularly for his bat.

In that scenario, the Mets would need a bridge, and since they are not going to spend on Manny Machado and would probably want to use the bulk of their funds elsewhere, they would have to find a one-year, affordable stopgap.

That is why they have been in touch with the reps for Alcides Escobar, Adeiny Hechavarria and Galvis. That trio ranks 1-2-3 for worst OPS-plus among active players. They have accumulated more than 3,000 plate appearances because of their gloves, and if the Mets were to add Realmuto to Robinson Cano with Yoenis Cespedes in the wings, they would feel their offense significantly upgraded and they could continue to emphasize defense up the middle.

I have heard Galvis is their top choice. His first four seasons in Philadelphia were with Ruben Amaro as GM, and Amaro is now one of Brodie Van Wagenen’s assistant GMs. Galvis is durable (162 games each of the past two years, in 2018 for the Padres), is a switch-hitter with a bit of pop, has a reputation as a heady player and a strong gloveman. Hechavarria is apparently No. 2 on the Mets’ list. I have heard the Mets, though, do have some interest in Escobar as a defense-first utilityman.

All of Galvis’ attributes are what moved the Yankees to at least make contact as well.

They are contemplating ways to cover for Didi Gregorius’ absence after Tommy John surgery. Brian Cashman has cautiously said he expects a return anywhere from June to August, so a significant portion of the season even optimistically.

The big play would be to sign Machado and have him play short, then move to third when Gregorius returns. But if the Yankees decided they don’t want to spend that kind of dough, they are going to need a fallback position.

They have considered plans in which Gleyber Torres moves to short and they obtain a second baseman, or in which they don’t mess with Torres and leave him at second and add a shortstop. Because of the projected strength of their lineup, the Yankees could decide the most important element in Gregorius’ absence is making sure they are defensively sound at short, especially because of the defensive concern with Miguel Andujar at third.

It is why they have to at least consider the glove-first possibilities with a player such as Galvis.